The First Order TIE Fighter Pilot was released to coincide with the release of The Force Awakens. Even though this is a FIRST ORDER Tie Fighter Pilot, it looks pretty much like the original Tie Fighter pilot, just less bulky. 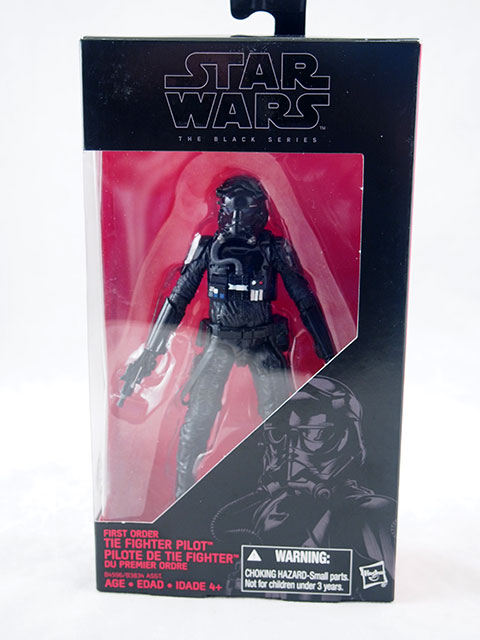 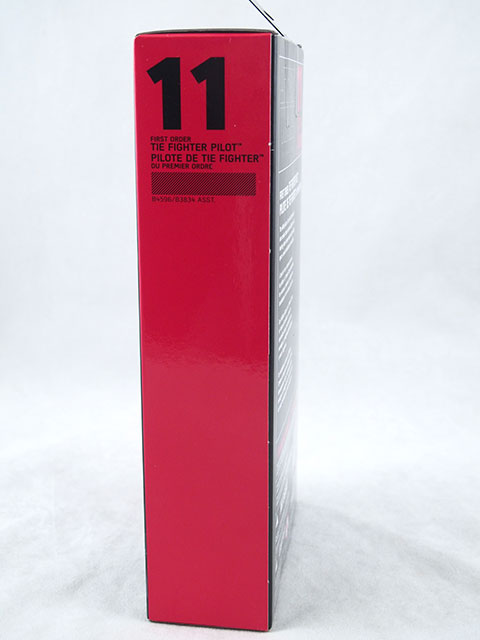 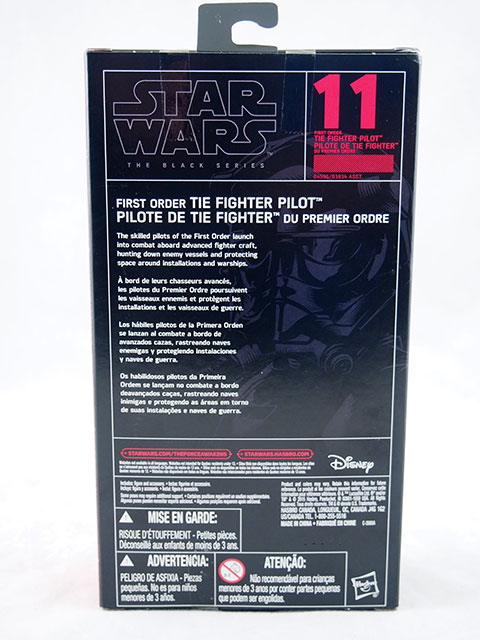 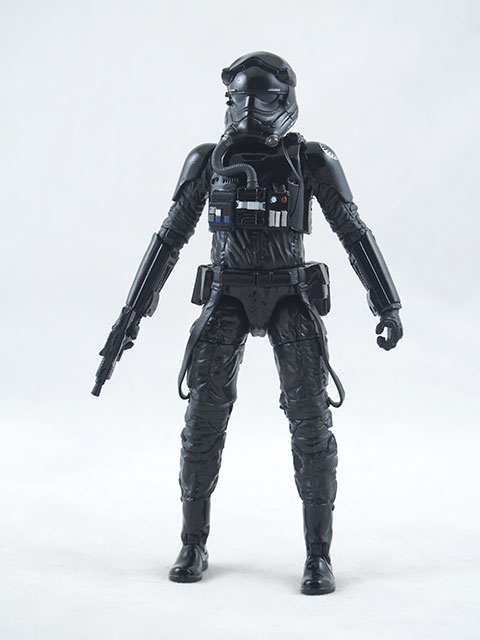 The straps hanging from the side are part of the Ejection Harness. This attaches the pilot securely to the ejector seat. 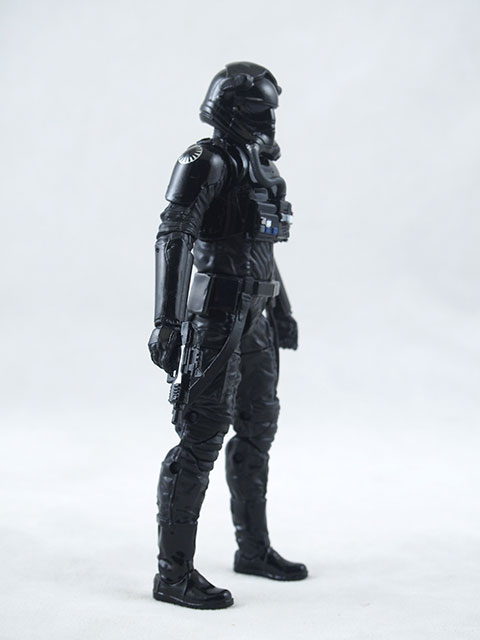 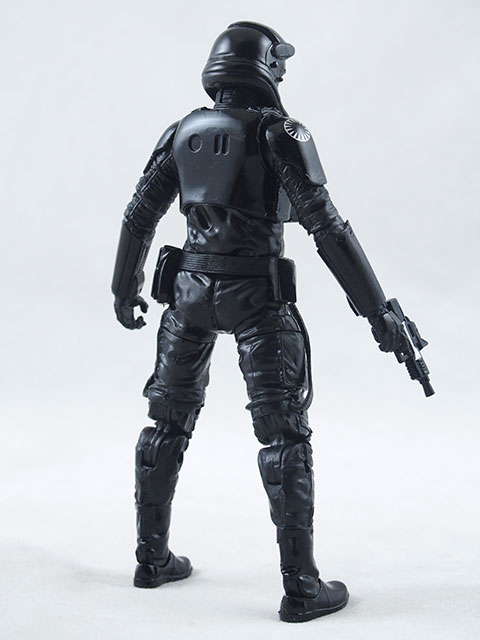 The back of the suit has less bulk than the classic design. 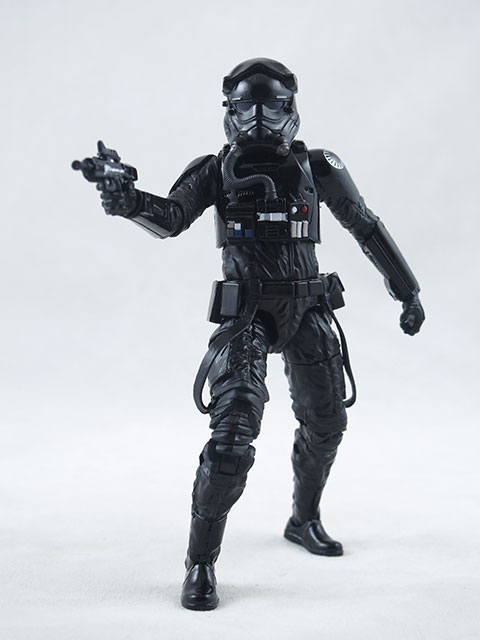 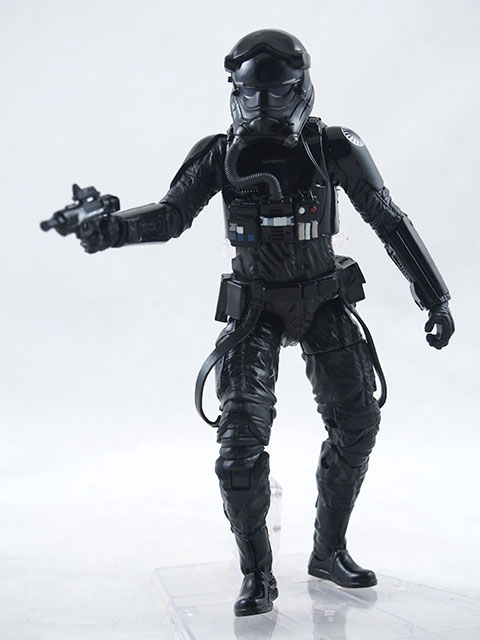 Noody is being threatened by that tiny gun. 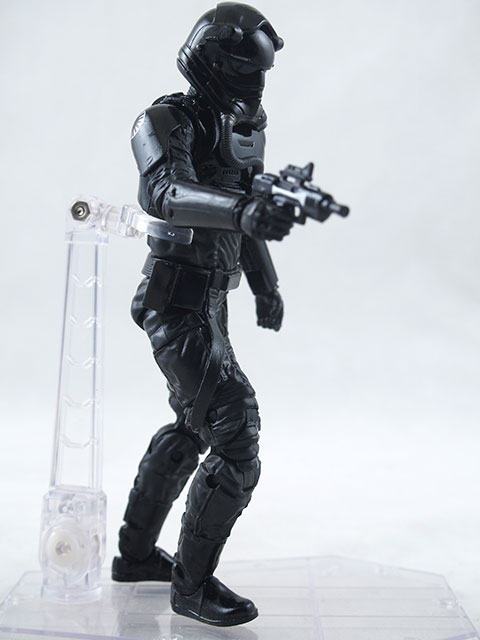 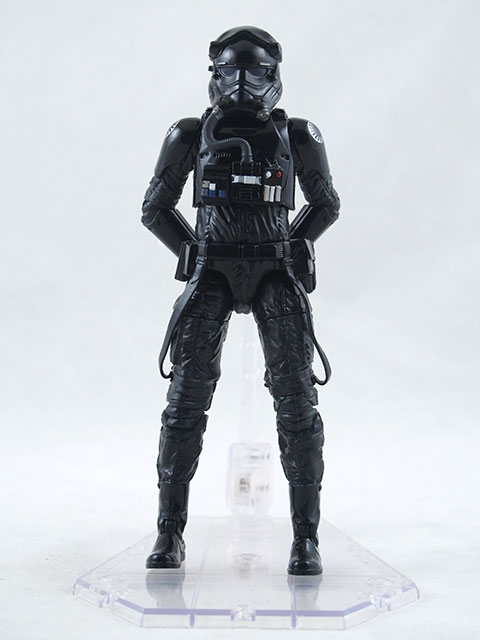 I do like that he can stand at attention. The First Order likes their minions to stand in rows for very long periods of time. 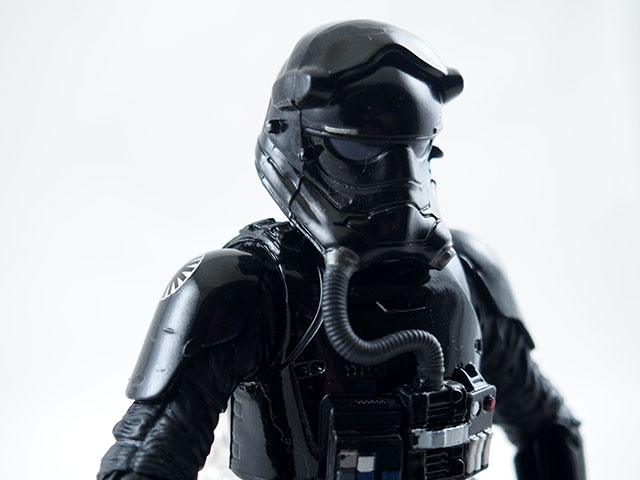 Those seam lines on the helmet though.... yikes. The Black Series has come a long way since this release. They also released a variation on this figure with the Black Series First Order Tie Fighter.