While Sinigy previously reviewed the Snowtrooper Officer, this is just the regular old grunt version of the trooper. The only difference being the lack of pauldron on the shoulder. In all other respects, the figure is the same. 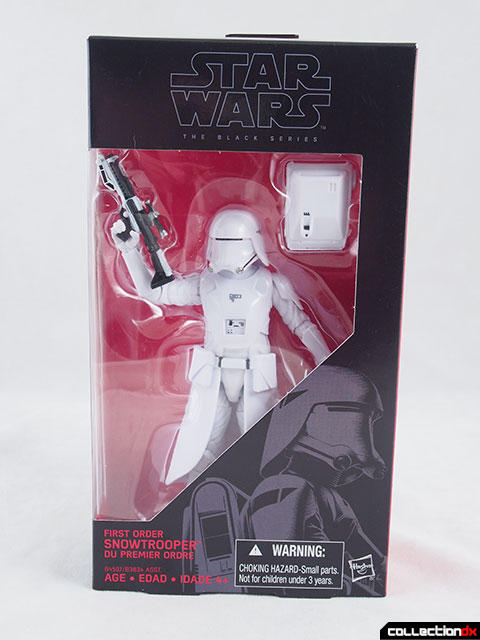 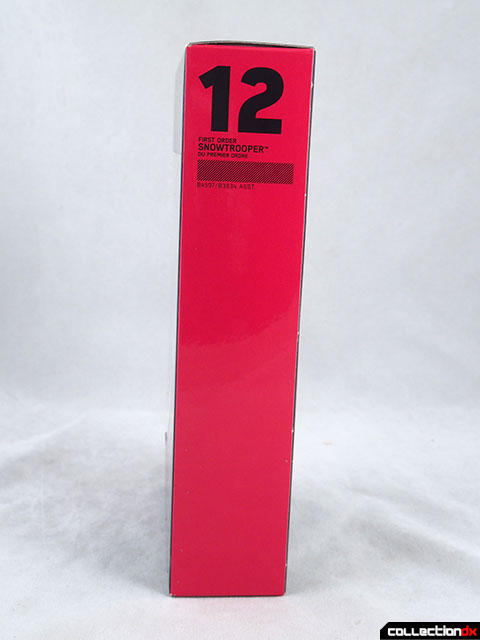 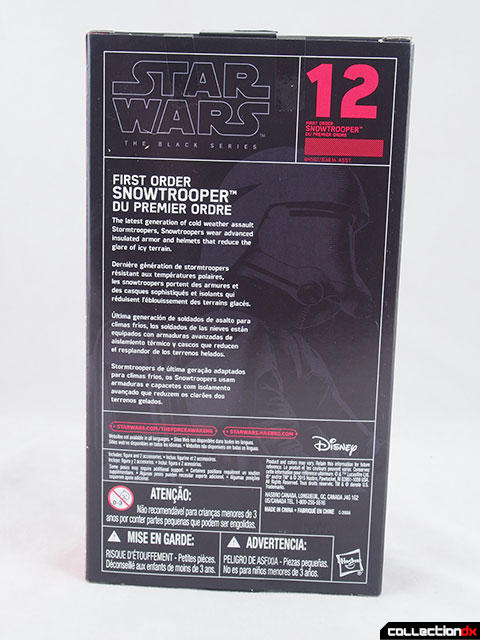 You don’t get to see a lot of the Snowtroopers in The Force Awakens, but based on early merchandise it appears several scenes with them were cut. Most notably is the Snowtrooper's speeder, which apparently had a scene with Rey and Finn before their encounter with Kylo Ren on Starkiller Base.

The figure remains excellent, with a detachable backpack and weapon. 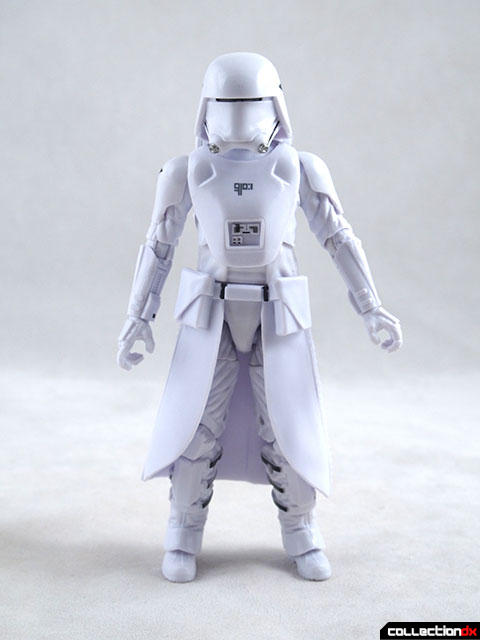 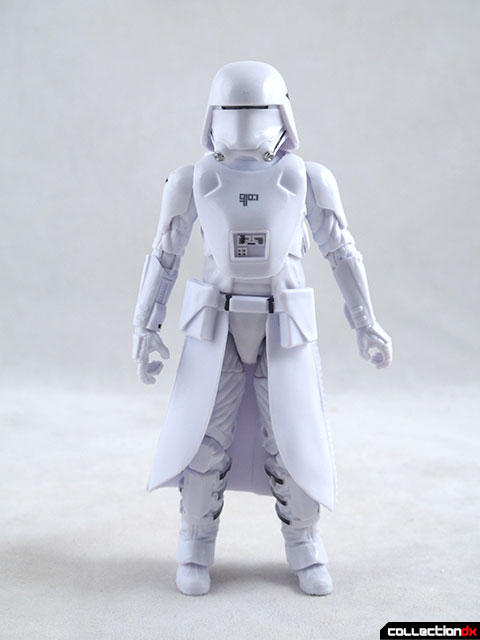 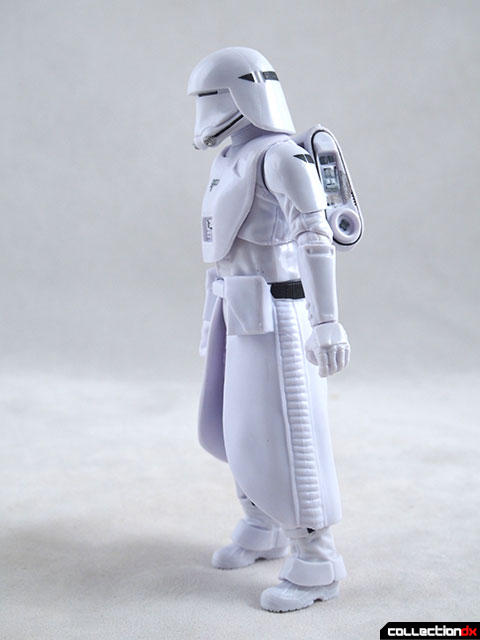 The backpack on this sample has a bad paint application on one side, with some kind of crud around it. It’s not uncommon on mass-market figures to get some small defects. Usually you can look at the figure in the package before purchasing, but the way the backpack is set in the package you cannot tell if the paint is marred or not. 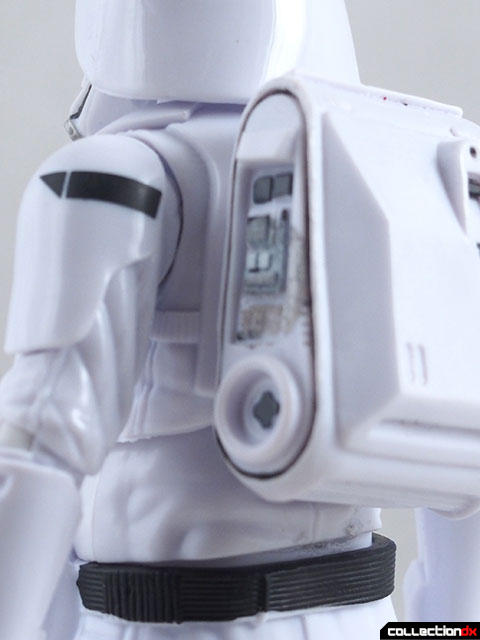 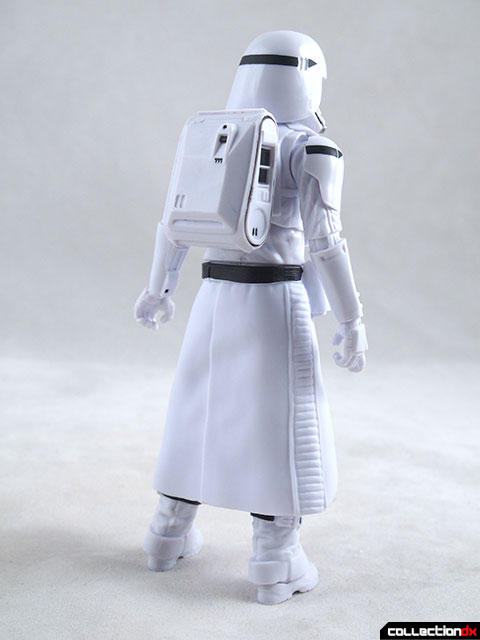 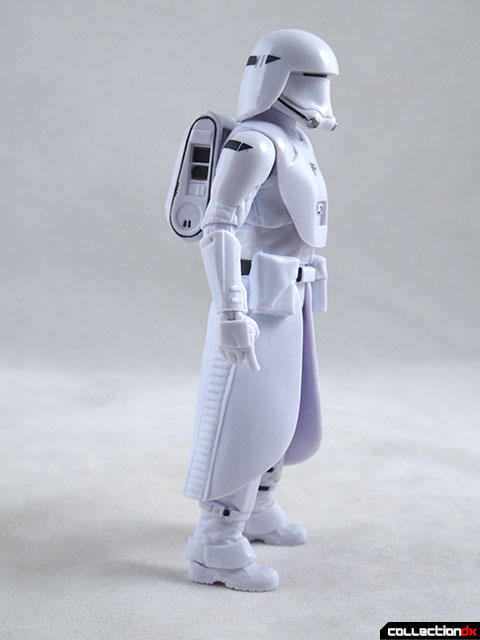 It’s possible to hold the gun with two hands, but the softness of the gun can make the gun look odd. I don’t know why they insist on making the weapons out of such soft material. It’s probably to avoid breakage, but still… 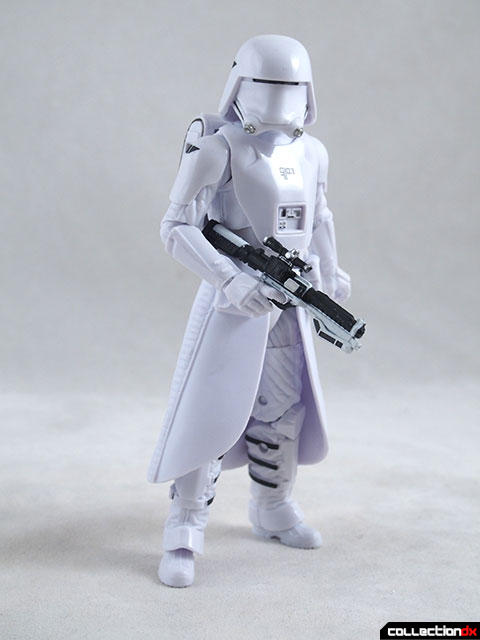 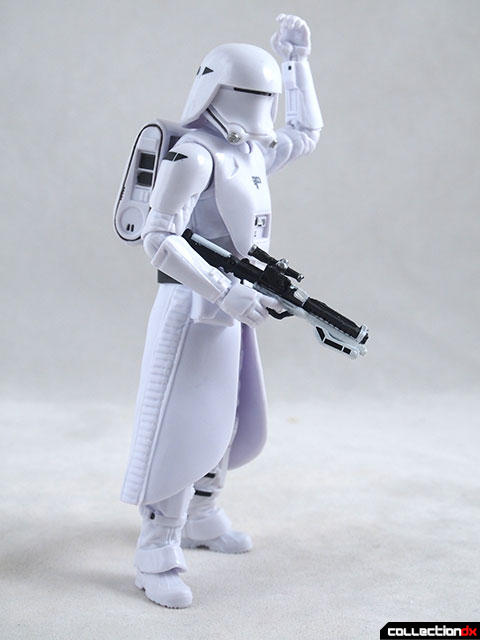 The skirt is made out of a soft rubber as well, and while it moves a bit, it does restrict motion. Here is a case where I would have argued for soft goods (cloth) instead of plastic. 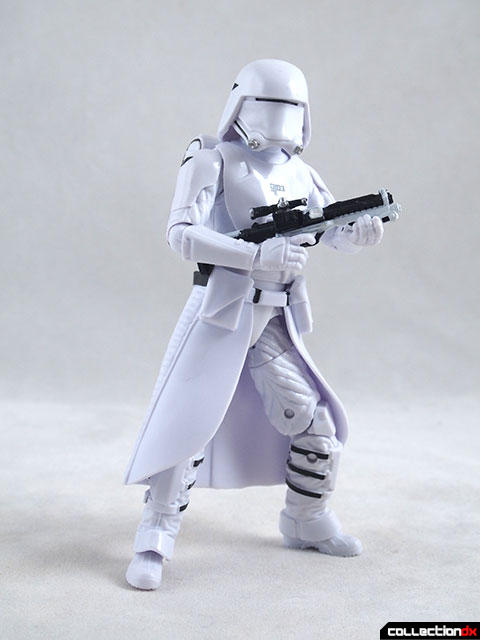 The Snowtrooper is a great entry in the Black Series. I look forward to the recently announced Original Trilogy Snowtrooper in 2016. 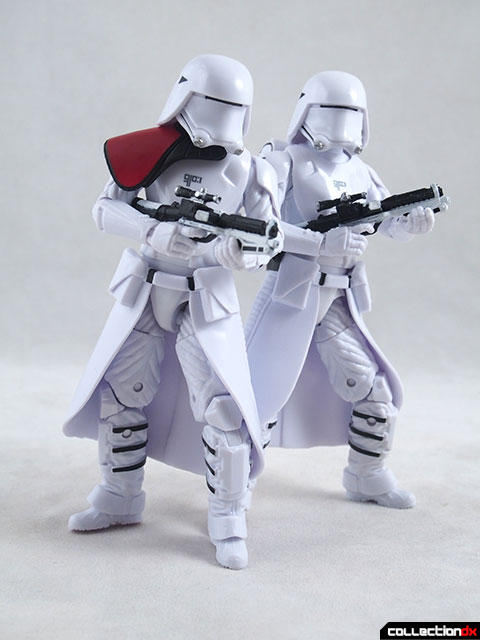