Emiya Shirou is the protagonist of Type-Moon’s Fate/stay night visual novel, which has launched several anime adaptations, a bunch of spinoffs, and untold mountains of merchandise. For the recent TV animation of the “Unlimited Blade Works” route, Max Factory has made a new Figma of Shirou, sporting his school uniform rather than the casual clothes his original Figma wore.

Along with the base figure and typical Figma inclusions (bag for storage, display stand and adaptor piece), Shirou comes with: 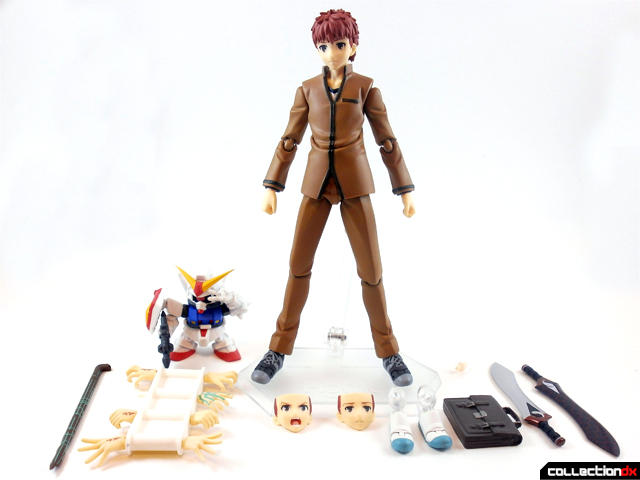 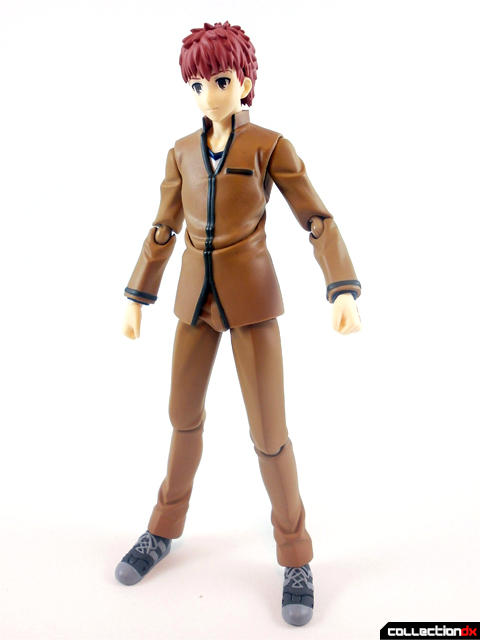 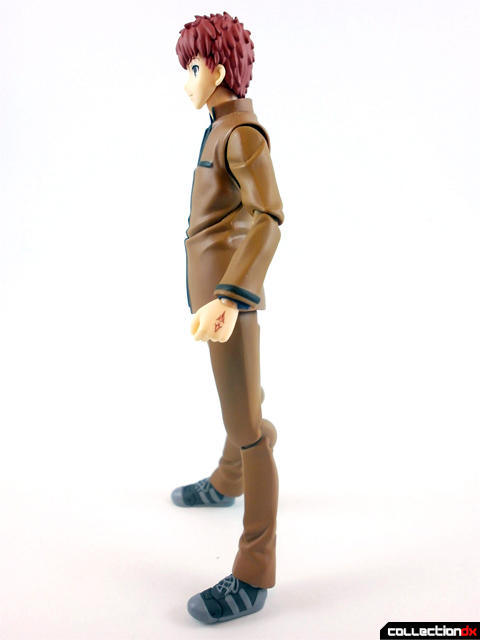 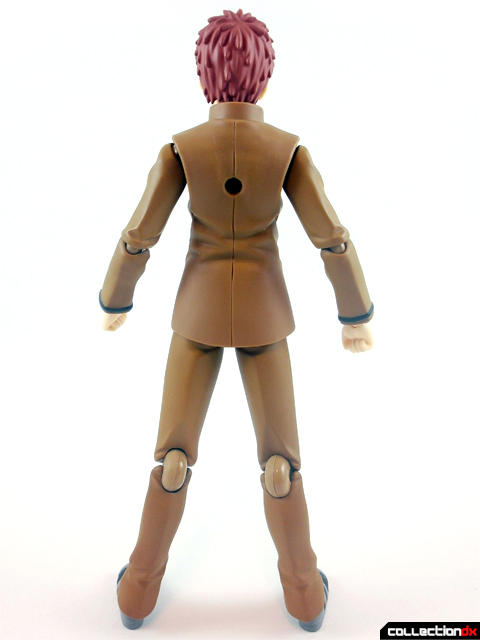 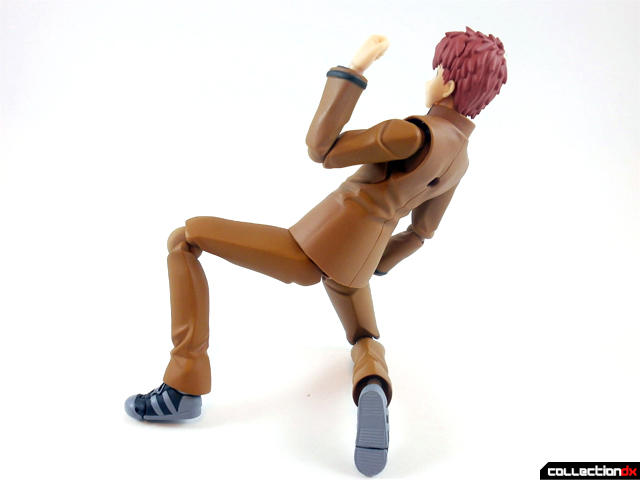 His facial expressions are top notch, too. 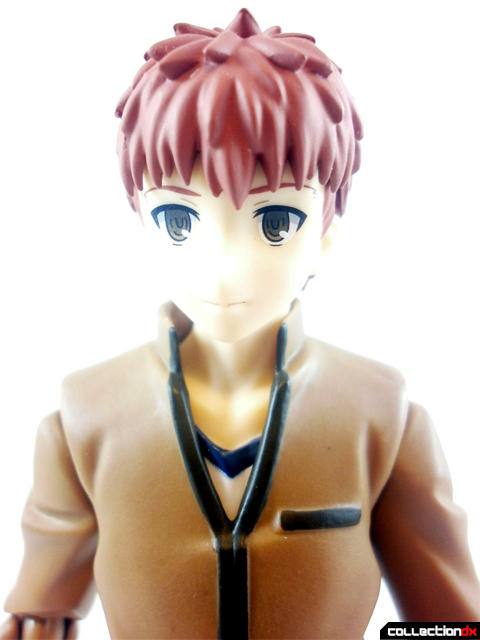 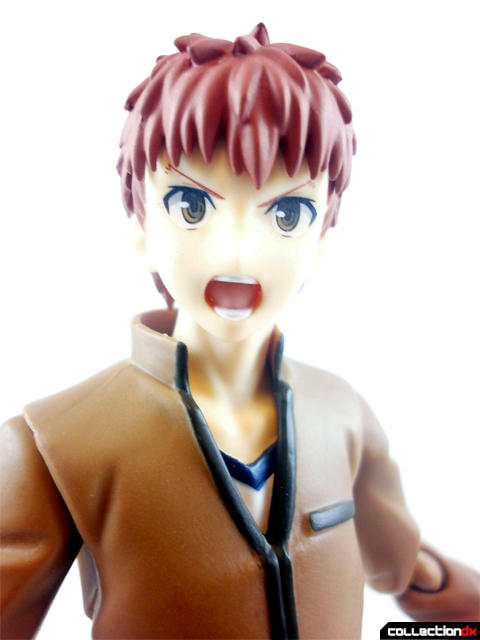 The alternate school shoes come with easily removable clear pieces to ensure the peg holes in them remain the correct size and shape. 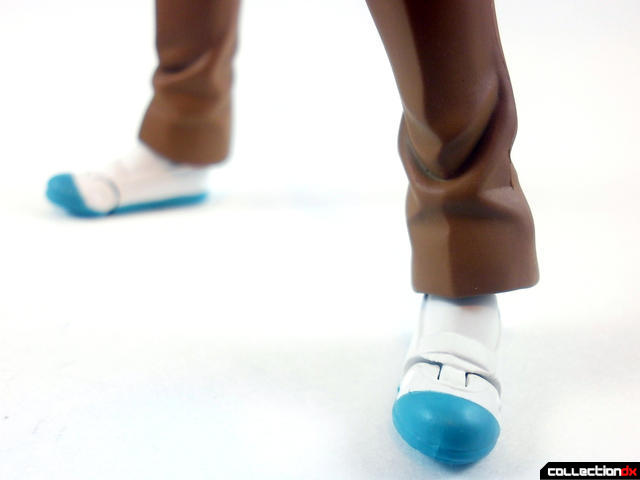 The school bag is one solid piece that adds a lot of charm to the figure. 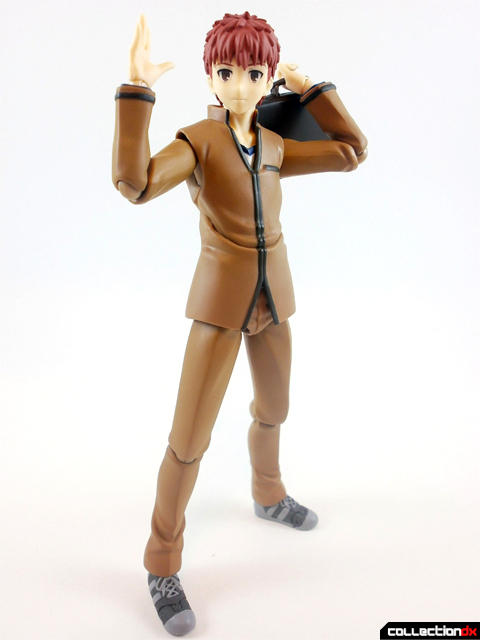 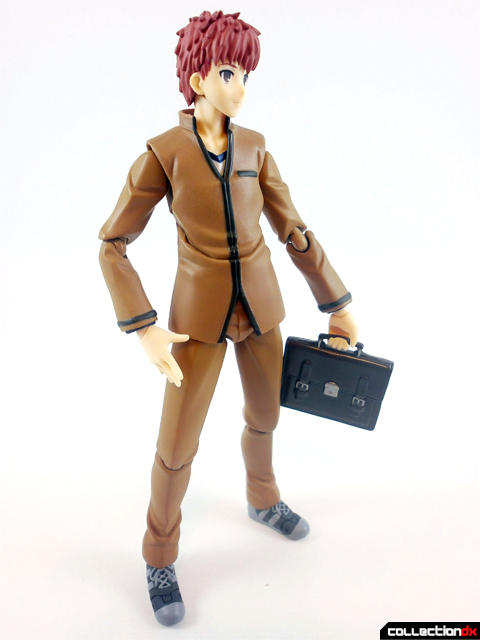 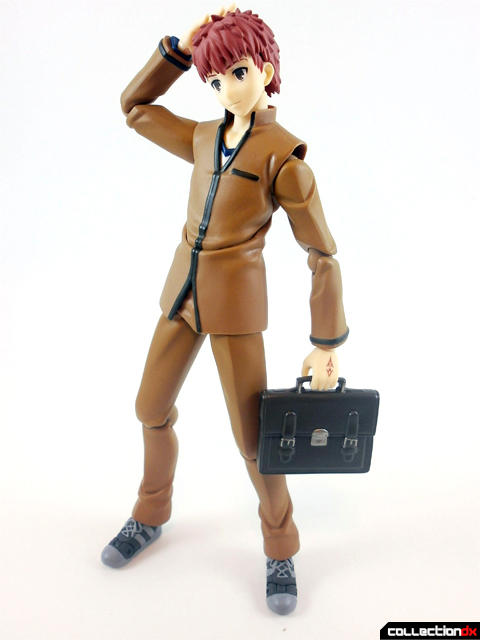 As well as Shirou’s usual weapons, you get one of his impromptu “strengthened” ones. 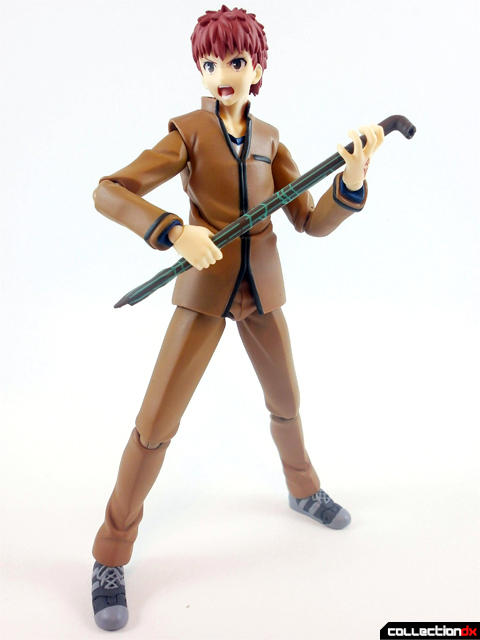 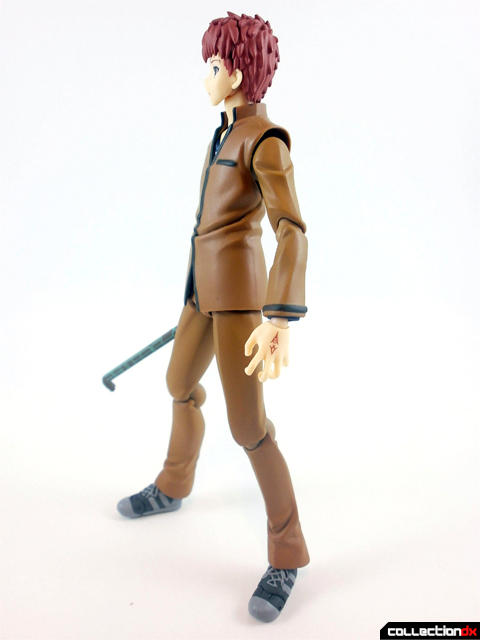 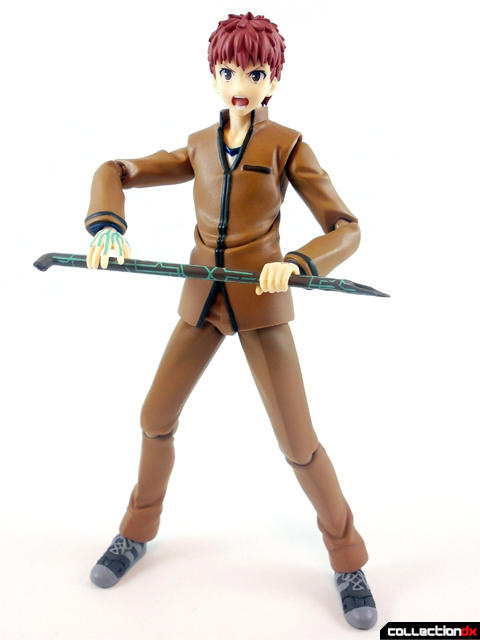 He also comes with the “traced” swords Kanshou and Bakuya. 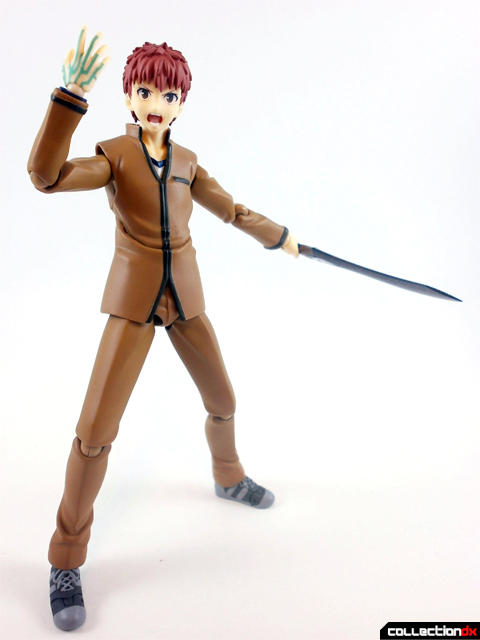 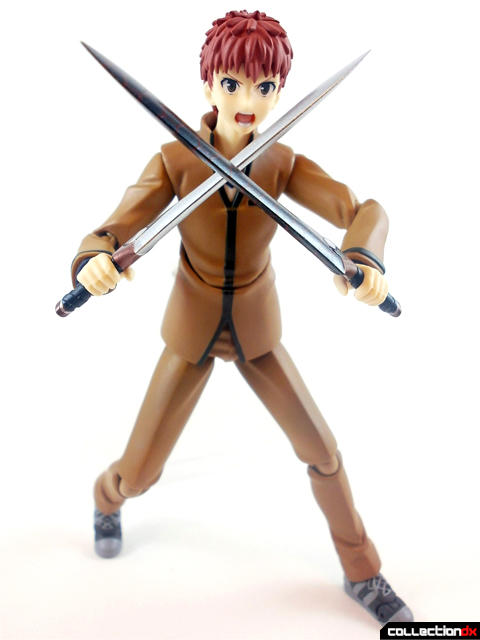 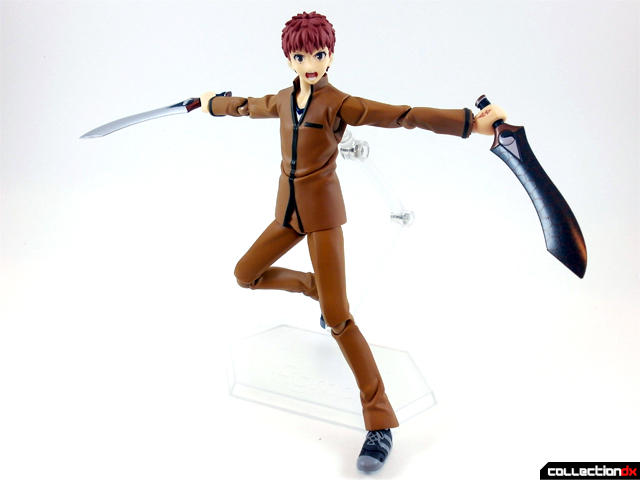 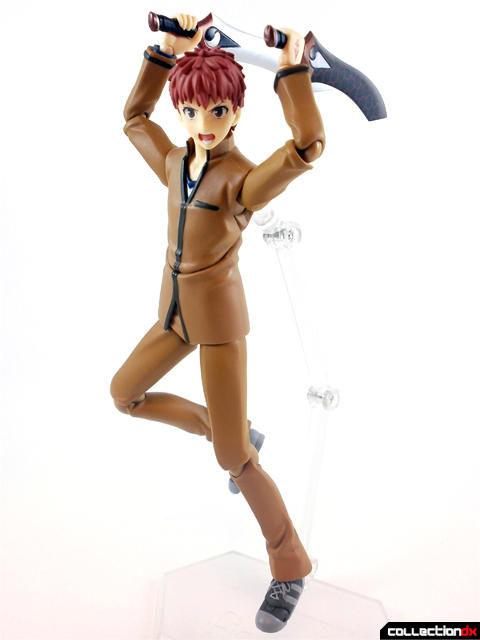 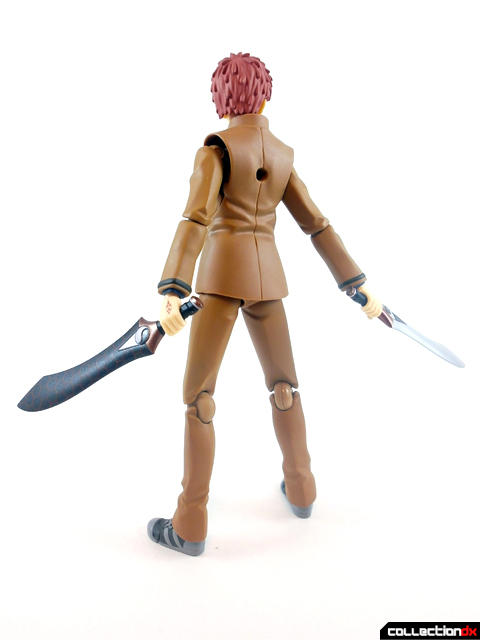 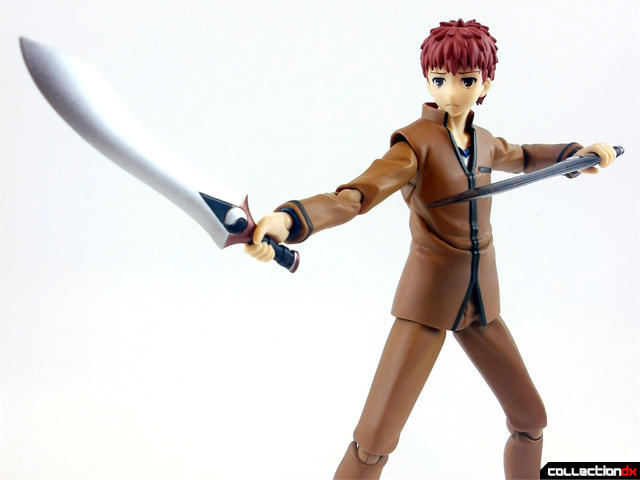 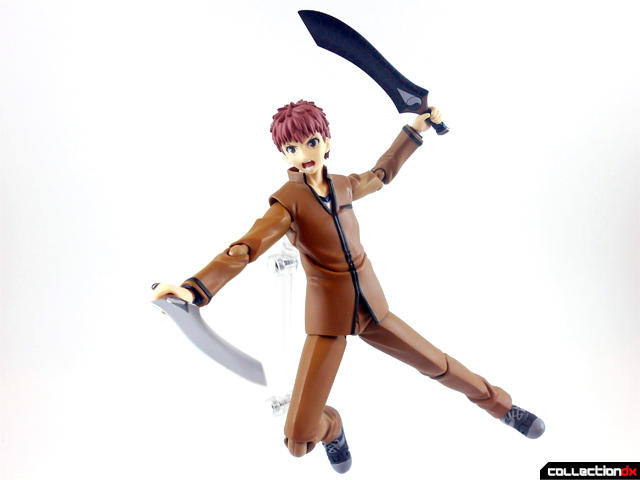 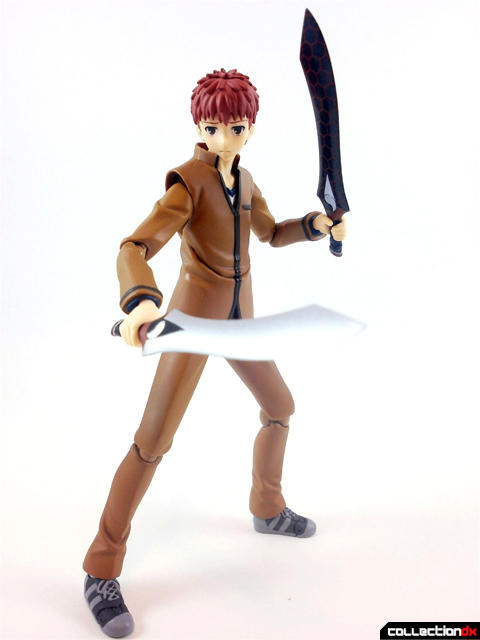 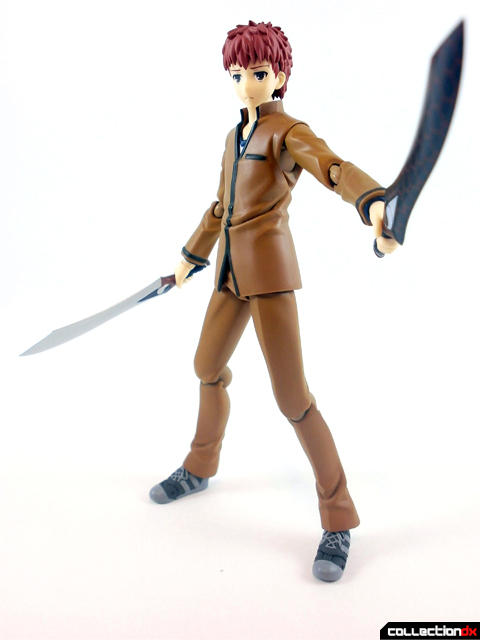 Overall, I’m quite happy with this Figma. If you’re wondering where the rest of the Fate cast is, don’t worry, I’ll be reviewing them soon. 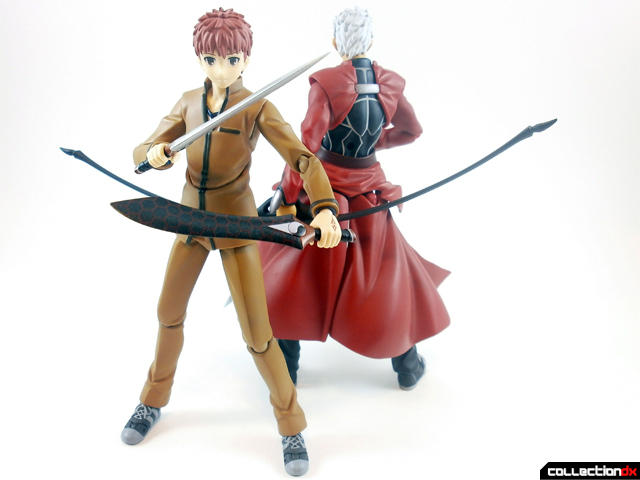