Chromedome has always been a character I've never known much about or thought much of, probably because I admittedly haven't read any IDW transformers comics but now that I have this Titan's Returns figure, let's just say I might.

Robot mode is just so striking and well done I couldn't mention it all. Sure, he's a bit broad shouldered but that can be excused on the grounds that this figure hits all the key notes I like about Chromedome's design down to his vibrant orange mouth plate that looks striking as ever. It's just a solidly constructed, well detailed, but familiar feeling robot mode. (more on that later!) I will say the Titan Master looks really boring though, as it has no paint on it's own robot parts, a shame considering I thought the paint apps on wave one's heads were very impressive! 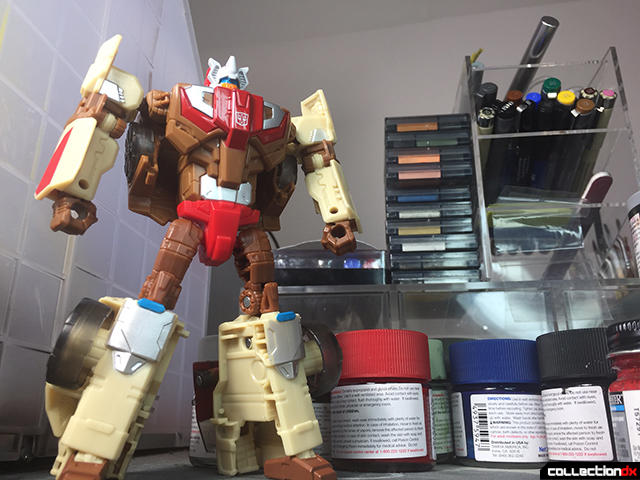 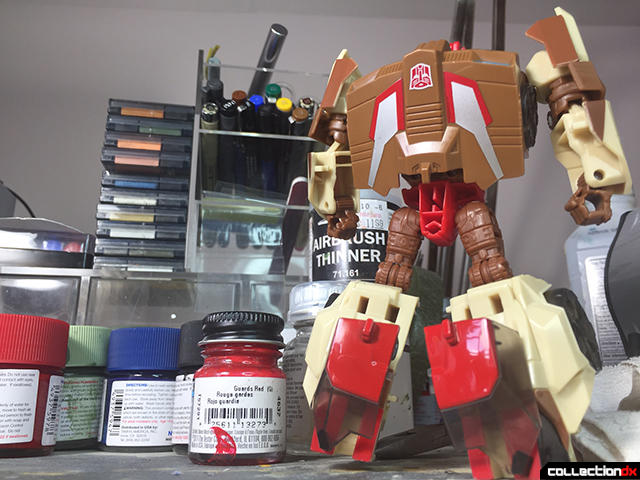 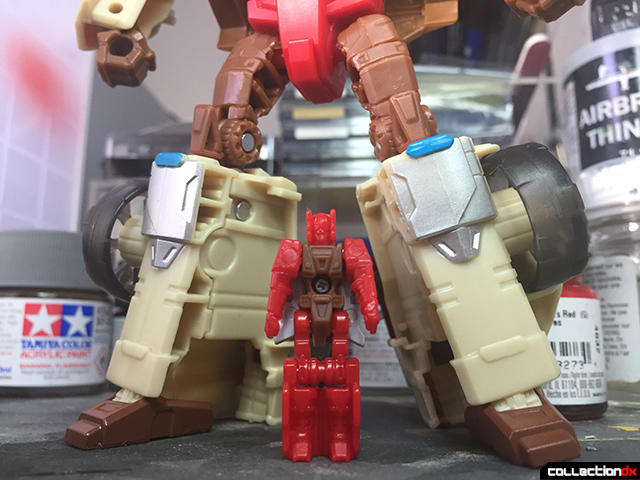 Accessories are plain, but full of options! First is a small rifle that looks very similar (oh wait) to Blurr's. Second is a gun designed for his Titan Master to sit in and can be held in a variety of ways in the hand and, mounted on his arm like a null ray. 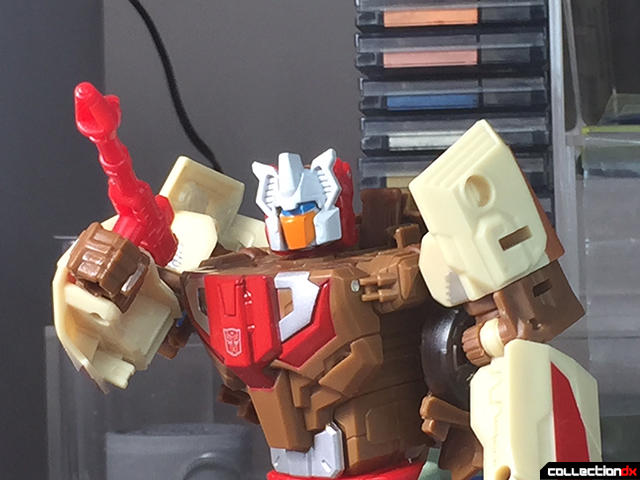 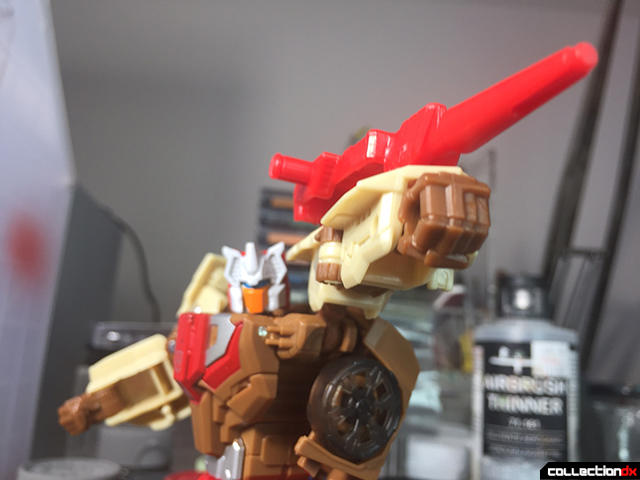 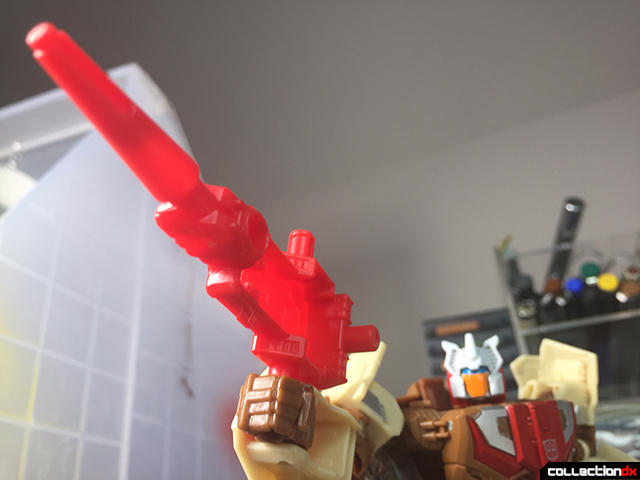 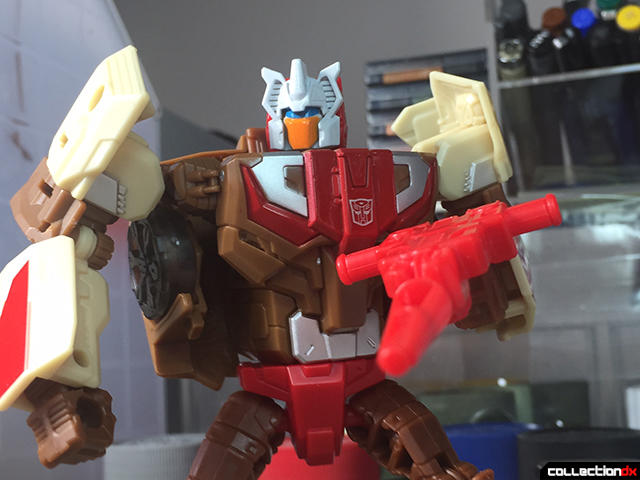 Articulation is nothing special as, it's exactly the same as most combiner wars figures granted, that's definitely not a bad thing either!

Chromedome is sized in line with his fellow Autobot headmaster brothers appropriately, so they look great in a group photo! 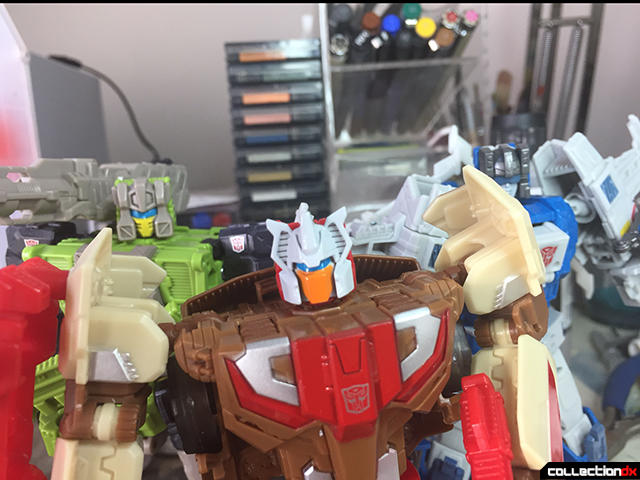 The familiar part I mentioned earlier was the transformation as it is in essence, the Dead End mold's aside from one or two steps. This is not to the figure's detriment however, as it's even more solid and refined on Chromedome.

In vehicle mode, Chromedome is very close to his g1 counterpart without copying its exact color layout. The colors are interesting, the look is cohesive if a bit blocky for my taste but I definitely can't fault it for being accurate! His Titan master can pilot this mode in a way that sold me on it immediately as, he can sit like he's driving a real car! Typical for the line yes, but it struck me in a way that some other figures Titan Master integration didn't. The guns can also be mounted on the roof and behind the doors of the alt mode, meaning another Titan Master can man them while Chromedome's is driving. 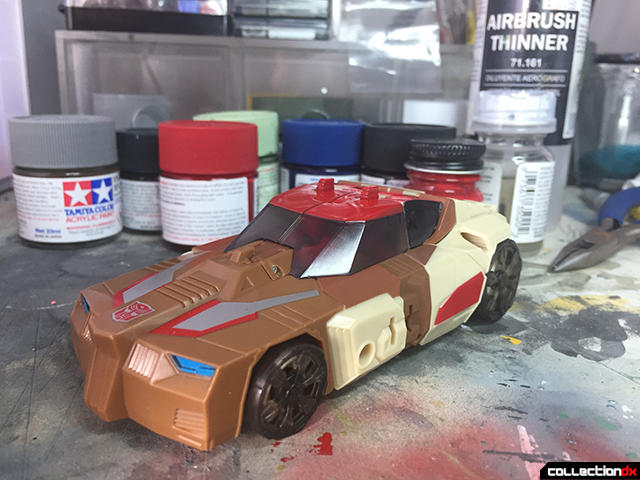 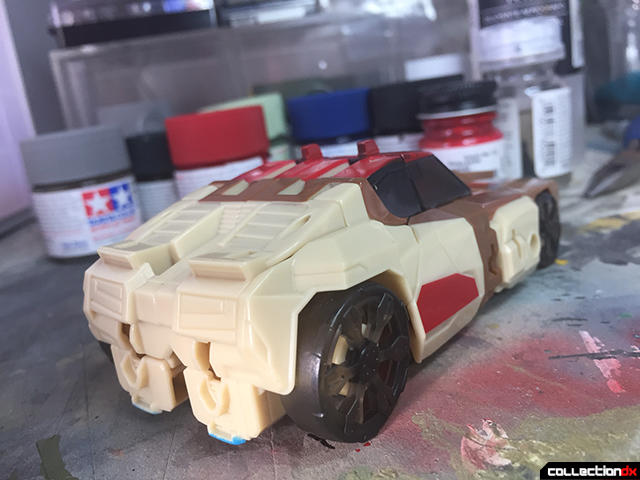 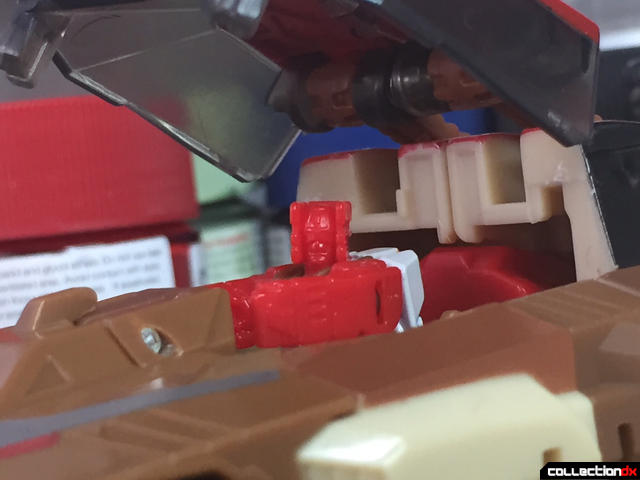 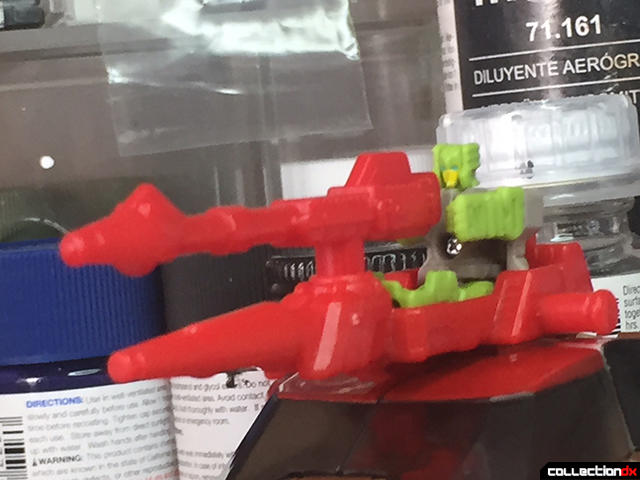 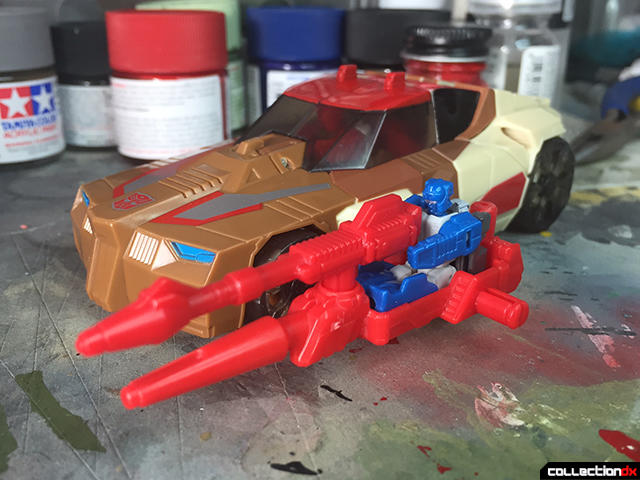 All in all, Transformers Titan's Returns Chromedome is a great rendition of the character with sufficient paint, a solid if familiar Transformation and a very faithful but still updated design that captures everything good about the design as a figure and, a character in a way that, I think, will satisfy fans of g1 and IDW alike.

2 comments posted
Agreed on the lackluster

Agreed on the lackluster paint for the Titan Master. I was let down by that when the first wave's TR figures were actually painted.

IDW's More Than Meets the Eye is probably my favorite piece of TF fiction after Beast Wars and Transformers: Animated. I highly recommend it to anyone who says they may start reading it.

Yeah, those legends titan masters have so much paint too!