ChaosDukemon hails from Digimon Tamers (and several video games). Basically, ChaosDukemon is the Virus form of Dukemon (or Gallantmon for the dub fans out there). A ChaosDukemon can be evolved from a number of different Ultimate Level Digimon, but the most common is to use a Black Megalo Growmon (BlackWarGrowlmon in America).

Digimon is an interesting property. I loved it as a kid, but it just sort of faded out of existence in America. Luckily, Japan kept it alive. Many people just saw Digimon as a ripoff of Pokemon, but all of us Digifans knew the truth: Digimon is a million times better than Pokemon.

THERE. I SAID IT.

In Pokemon, you start out with a certain monster, and it evolves using a linear format. A Squirtle will always evolve into a Wartortle, etc. But in Digimon, the way you take care of your Digimon will affect what higher-level Digimon it can evolve to. For instance, you were taking great care of your Agumon, so it evolved into a Greymon. But you could slip up on its training and end up with a SkullGreymon instead of a MetalGreymon. Or it could transform into an Andromon or Master Tyranomon. Basically, there is a near-infinite number of ways to get all sorts of different Digimon using the same starting Digimon. This is because of the series' roots as a Tamagatchi-esque handheld game.

This just became an ordeal. I'm supposed to be talking about an action figure. I guess I'm just really excited because the newest Digimon game just released in the U.S. (Digimon Story: Cyber Sleuth). 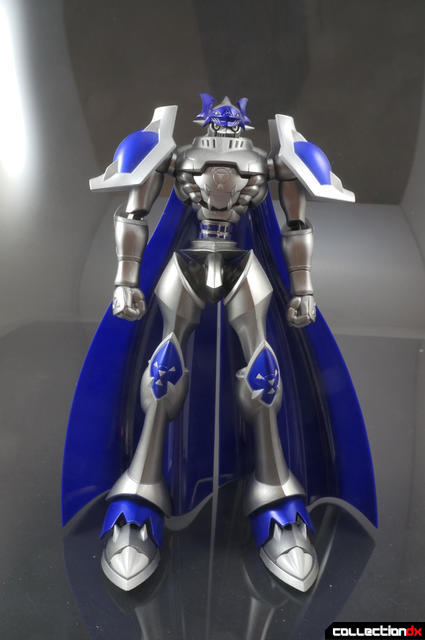 Anyway, ChaosDukemon is a sleek black and purple repaint of the original D-Arts Dukemon figure. I don't have the original, so I can't really give a great comparison, but if you are familiar with the franchise's system of Vaccine vs. Virus types of Digimon you know what to expect. 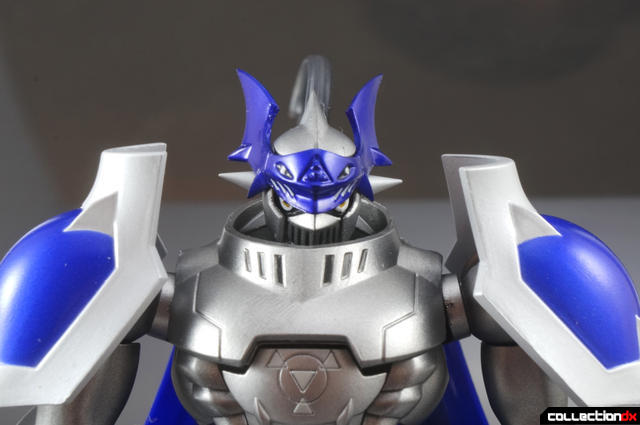 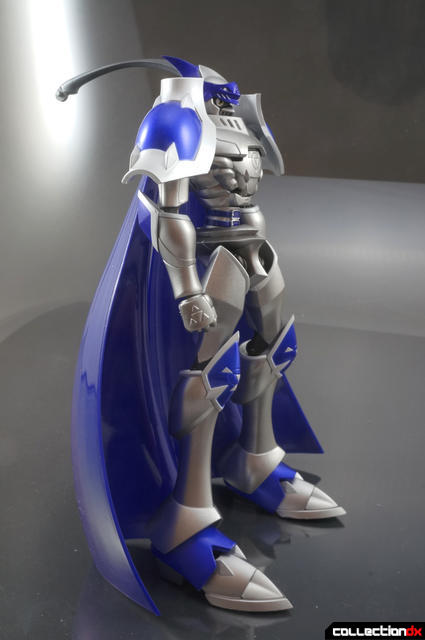 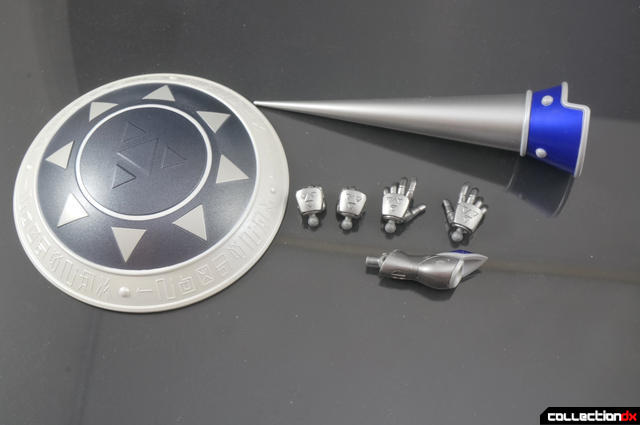 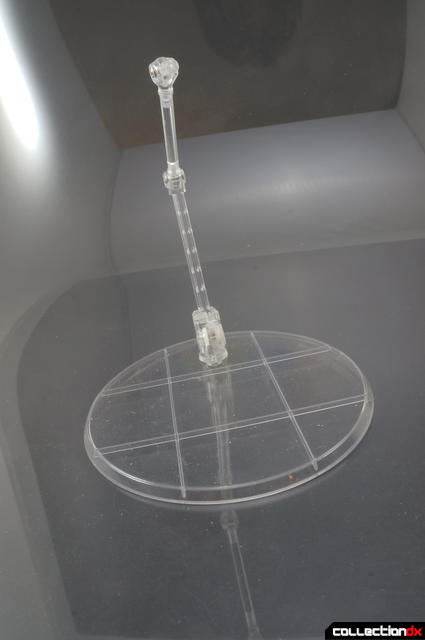 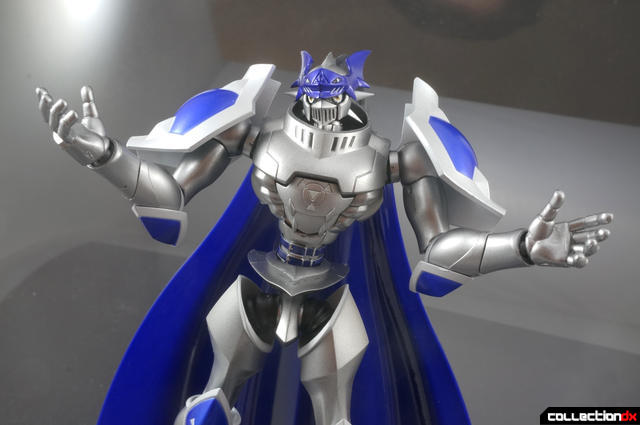 Digimon are not known to use a bunch of accessories, so it makes sense that he would come with only the bare essentials. I'm not going to knock this set at all for that. In fact, the accessories are actually the highlight of this set. 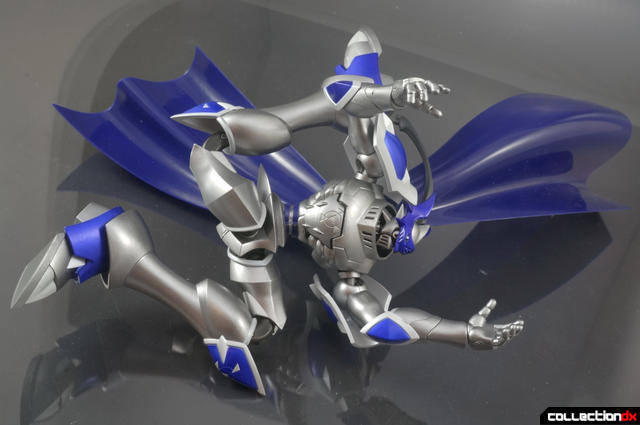 Articulation is decent, but not revolutionary. ChaosDukemon has all the joints of normal S.H. Figuarts, just on a slightly different scale. He has double elbow joints, double knee joints, and several ball joints in the head, chest, hips, arms and feet. 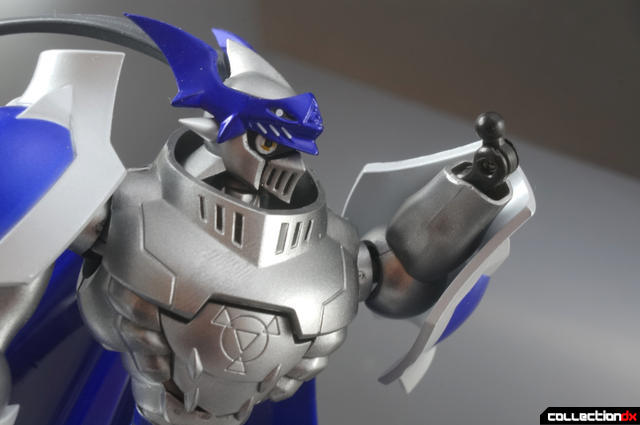 The left forearm pops off so a new forearm with the shield attachment can be added.

The problem is that none of his joints are very tight, so he has the tendency to fall out of any dynamic poses. His shield and lance are a bit too heavy for the figure to really display without being braced properly. 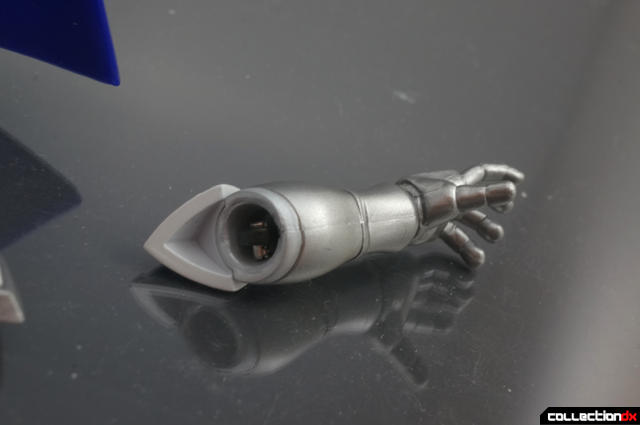 And in an even BIGGER problem, while I was popping the forearm off to attach the shield for this review, he broke. The elbow joint broke in half and got lodged into the starting forearm. Well this doesn't bode well. Especially since the first rule of Jmann Club is "Do not break when I'm not doing anything stupid to you". 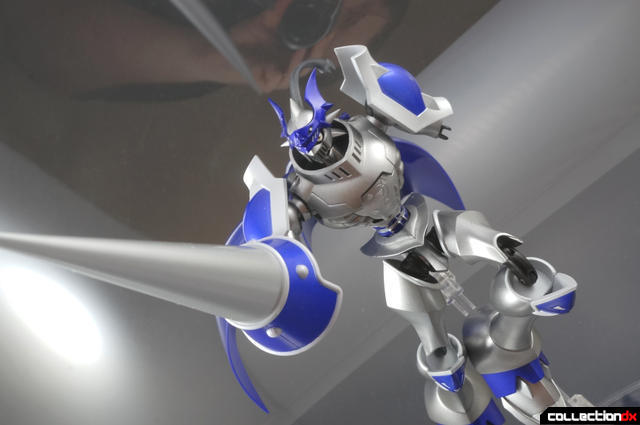 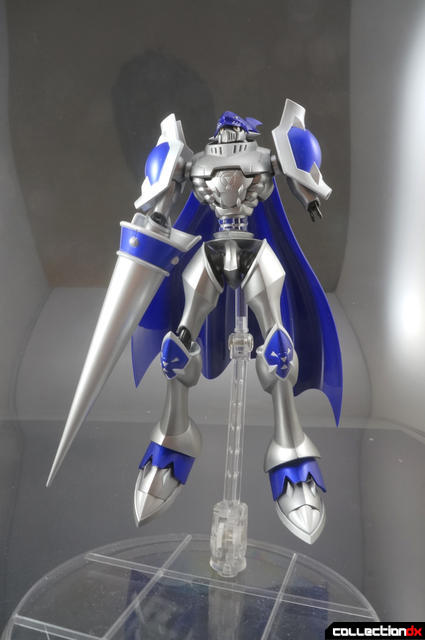 Sorry, ChaosDukemon. You went from being a decent, albeit flawed figure to a toy that I cannot recommend in the slightest. If you decide to pick one up, maybe yours won't break. Bluefin DOES have a pretty great return system. Which I will more than likely have to use now. 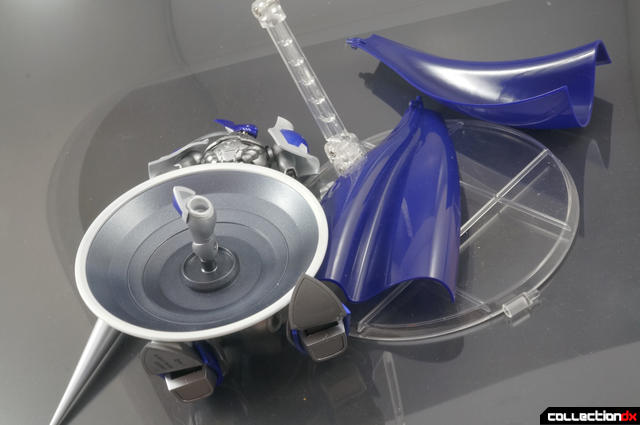 5 comments posted
You can repaint and rename a

You can repaint and rename a D-arts, but you can never remove the horrible taint of its failure.

Or just don't come back at all.
Digi-bury it in the yard.

That's it. I'm doing an entire series of retro Digimon reviews now. And I just realized that I just said "retro" while referring to Digimon. I'm actually getting old.