Captain Cassian Andor is a Rebel intelligence officer played by Diego Luna in Rogue One: A Star Wars Story. Other than that, I know nothing about the character, because as of this writing the movie has not been released.

The figure is number 23 in the Star Wars Black 6-inch series. Packaging is the predictable black series style with an ambiguous biography on the back. 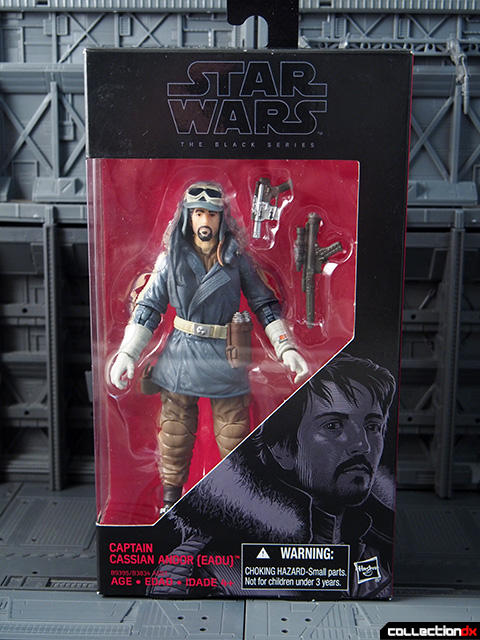 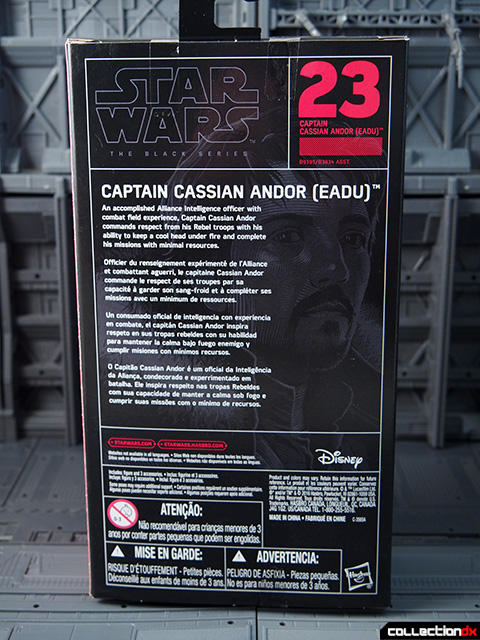 This figure features Cassian Andor in his gear worn on the planet Eadu. I don't know anything about that planet yet, but I assume it has an inhospitable climate based on the outfit. This outfit is very reminiscent of Han Solo's Hoth Gear. 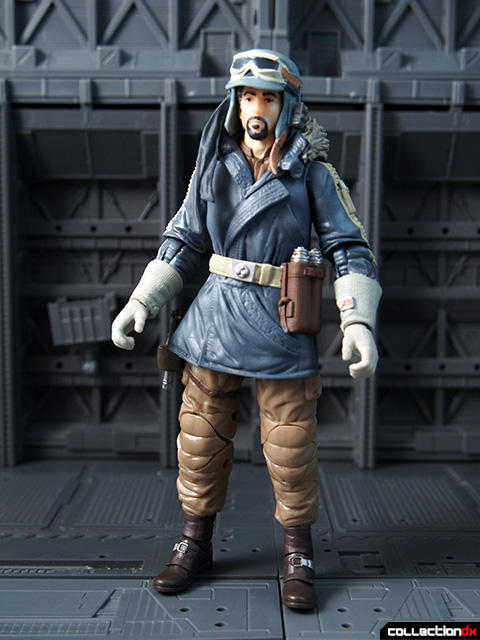 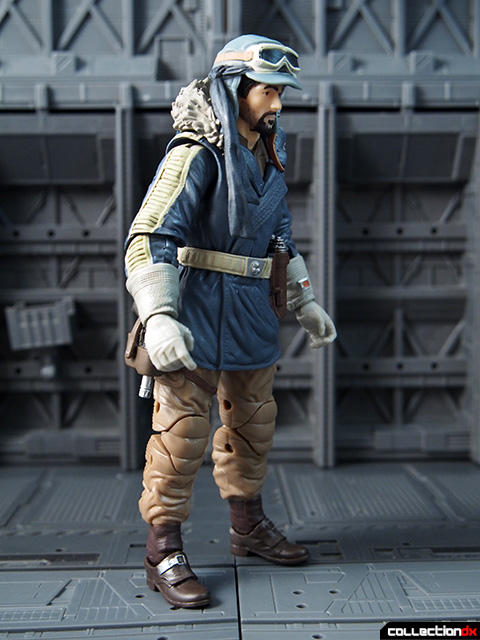 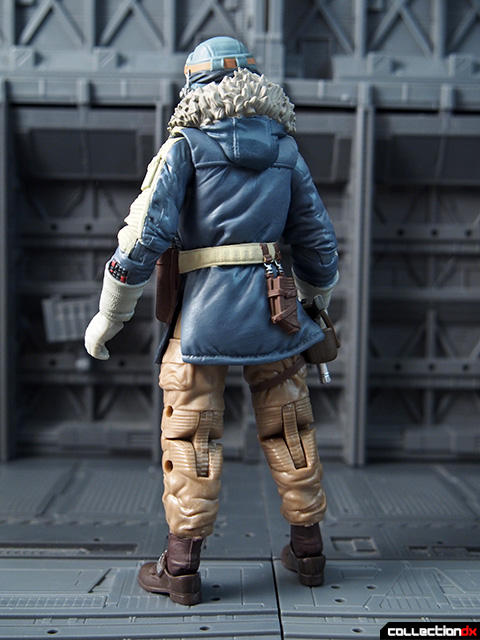 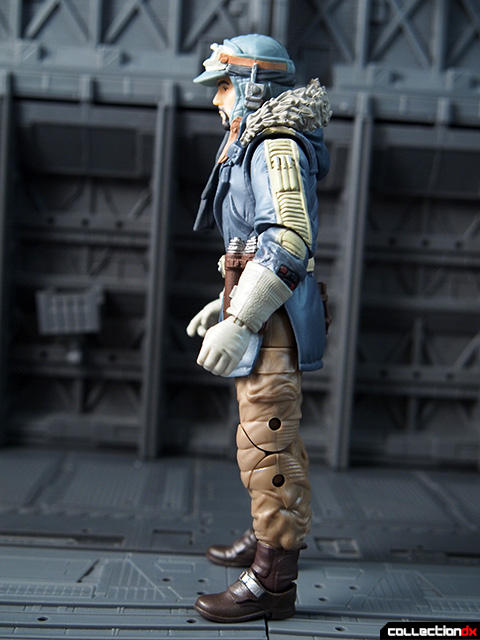 The detail on the outfit is great, with multiple layers of detail. Sadly there's no weathering to the toy which would have added an additional layer of realism.

The right hip has a holster which can not only hold his blaster, but it has a little strap that actually plugs in. 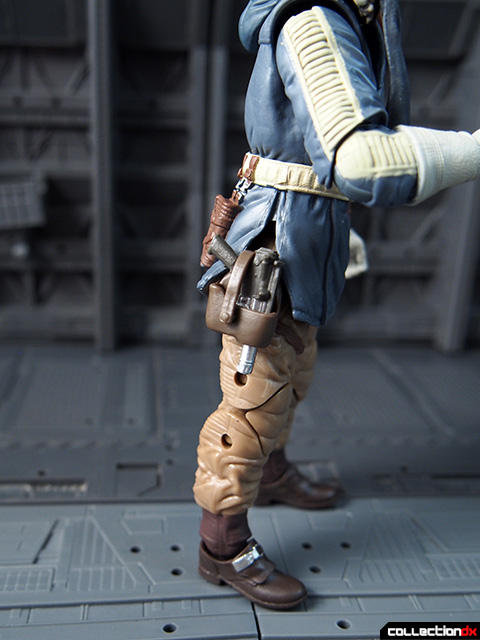 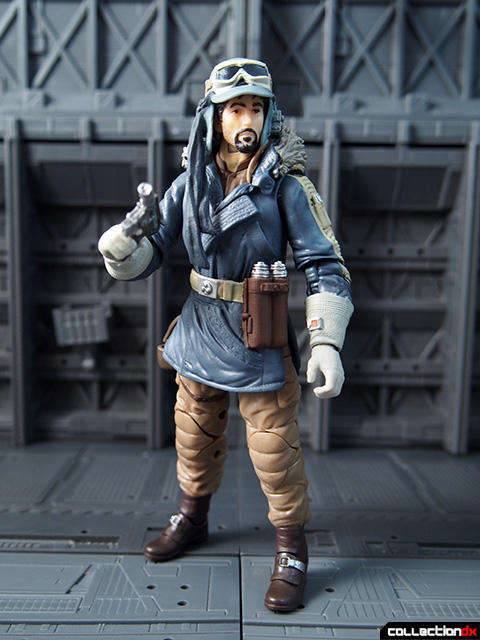 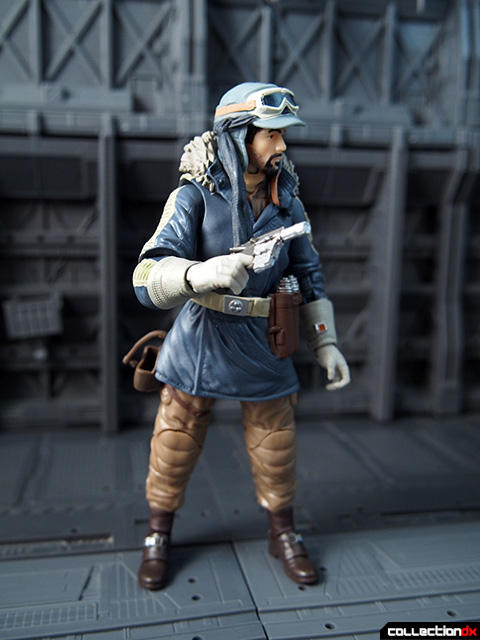 In addition to the blaster, Cassian also includes a medium-sized rifle. 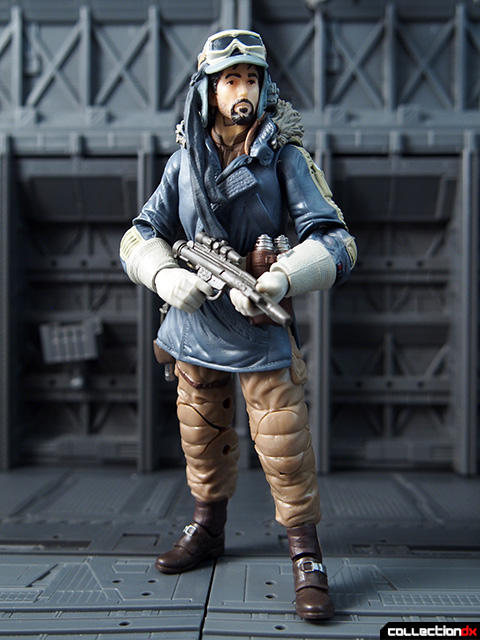 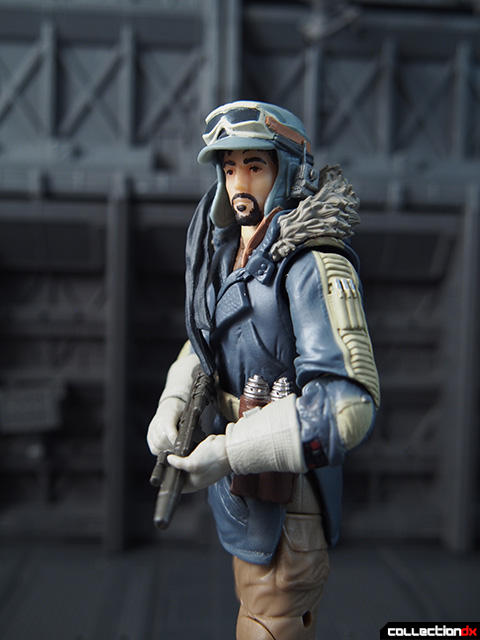 As a bonus, Cassian's hat is removable. 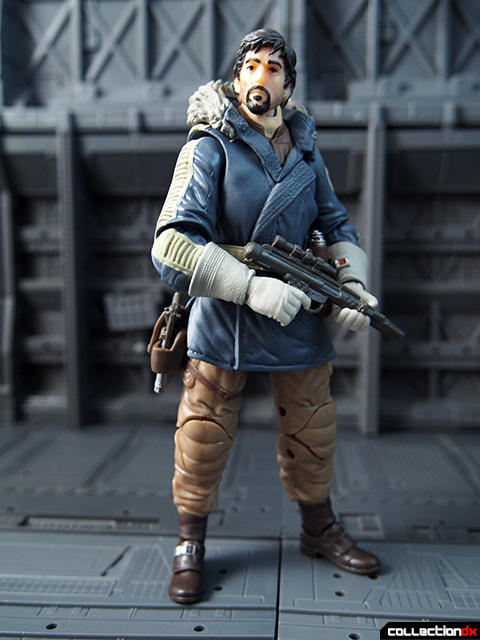 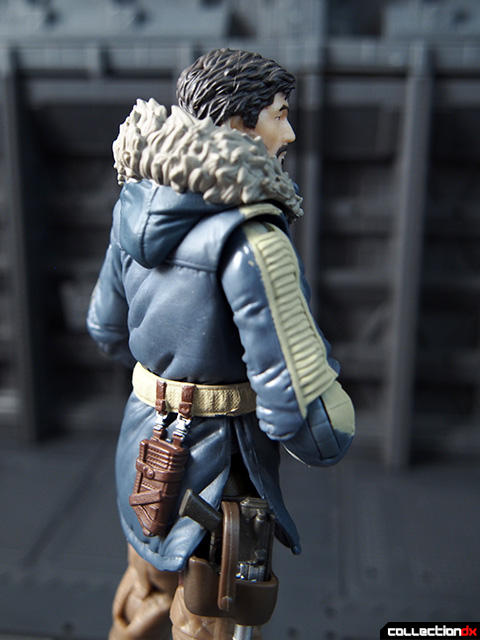 Overall, a very decent figure and solid entry into the Black Series lineup.