Bobby Liebling is the lead singer of the influential doom-rock band Pentagram. Formed in 1973, Pentagram did not put out an official album until 1985, but remained hugely influential in the world of heavy rock and metal. Pentagram still exists today, with the only constant being Bobby Liebling. Over the years, Pentagram has had about 37 different members, but it always comes back to Bobby.

This Throbblehead release captures Bobby during the earlier days of Pentagram. He comes in a window box that has styrofoam inside, the figure wrapped in plastic. You can't see much through the window sadly. 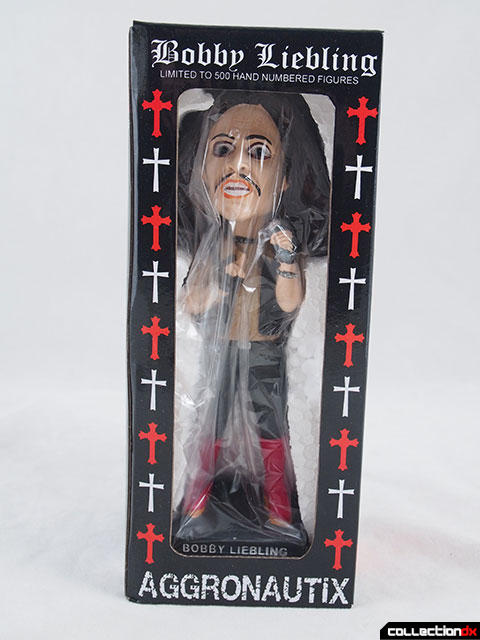 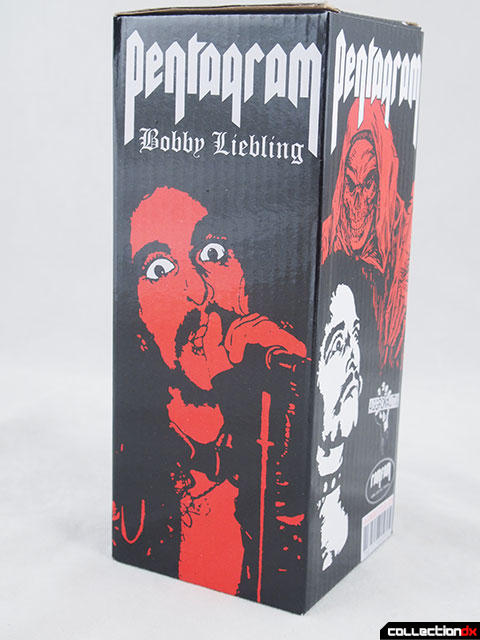 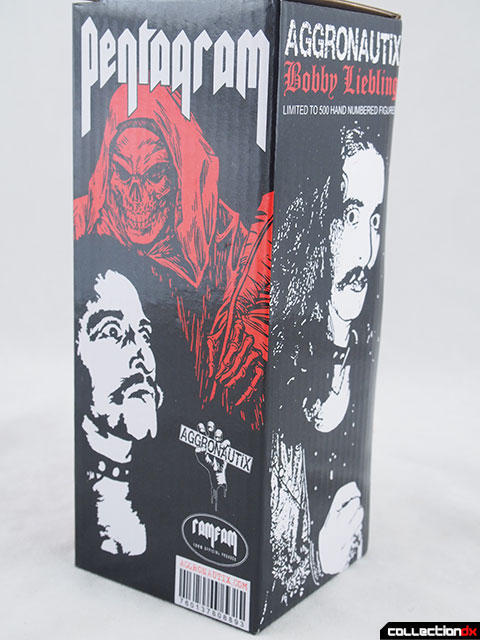 Bobby's facial expression is priceless. He is captured in the throes of performing, throwing up the devil horns and ready to belt into song. 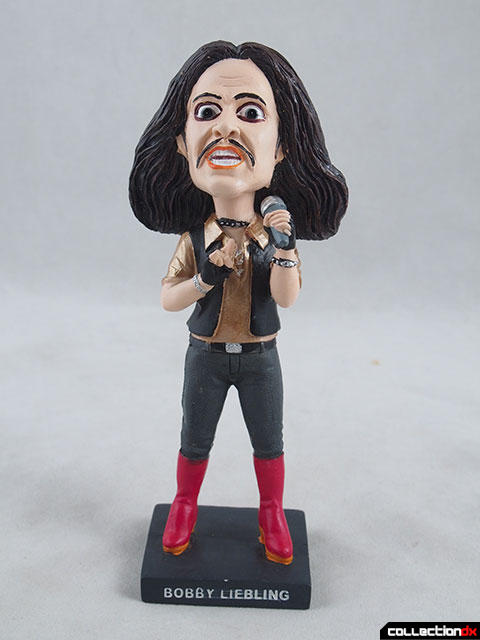 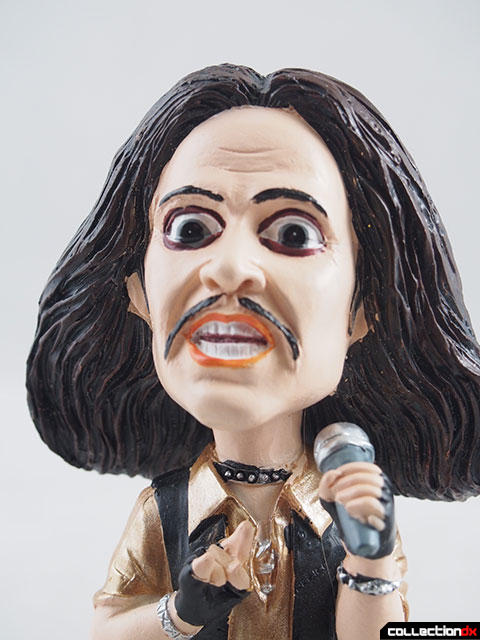 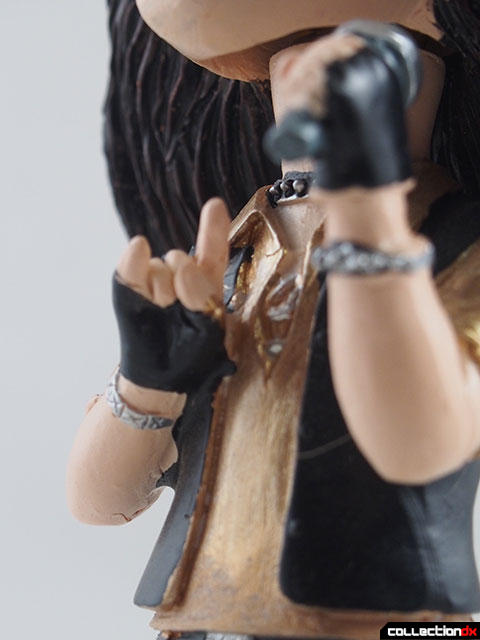 The jeans have a fantastic texture to them. 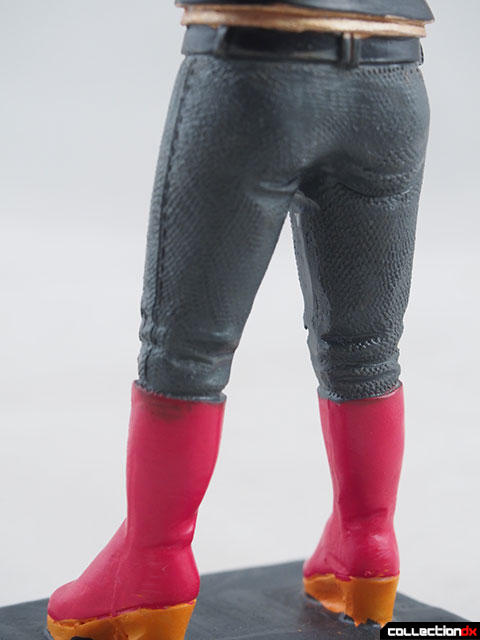 The red boots really stand out and adds to the late 70s dark glamour. 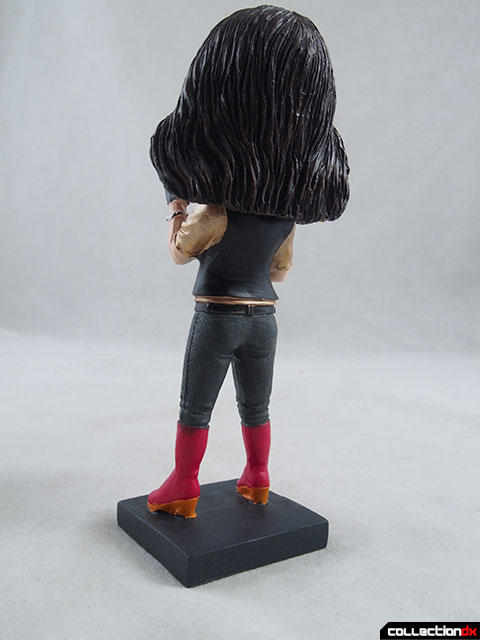 The base features his name embossed in, but sadly there's a bit of paint smudge from the inside of the letters. On the bottom is the edition number - this one is 327 of 500. 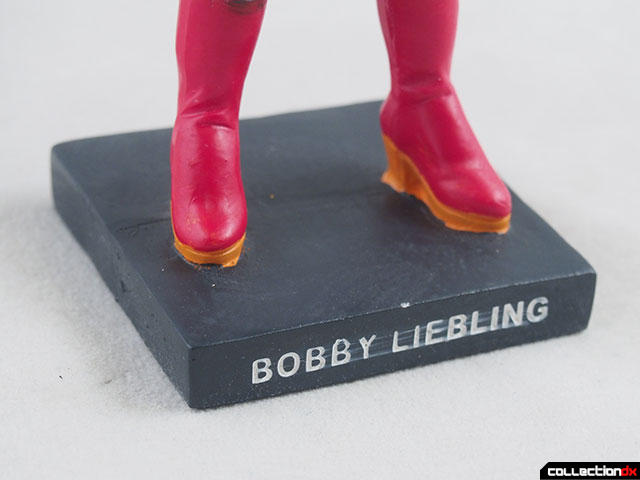 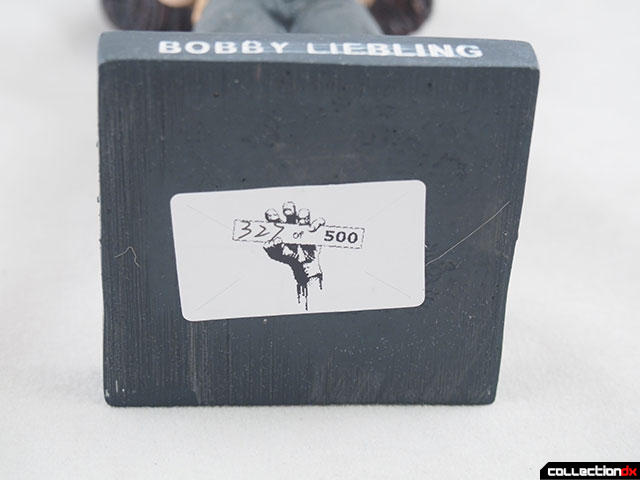 I just can't get over how great the face is. And he is of course a bobblehead, so he can nod along to the tunes. 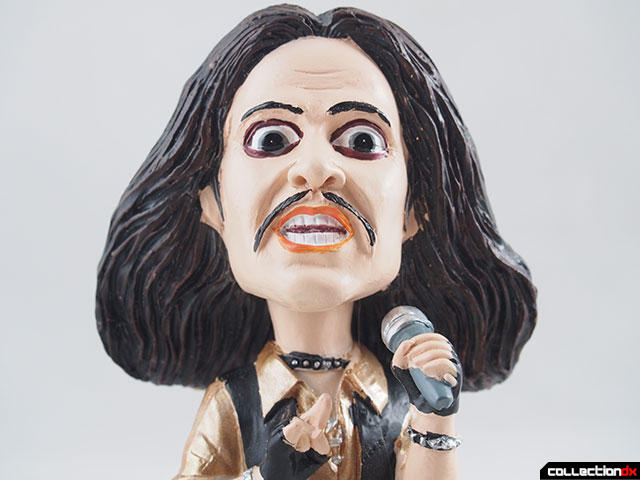 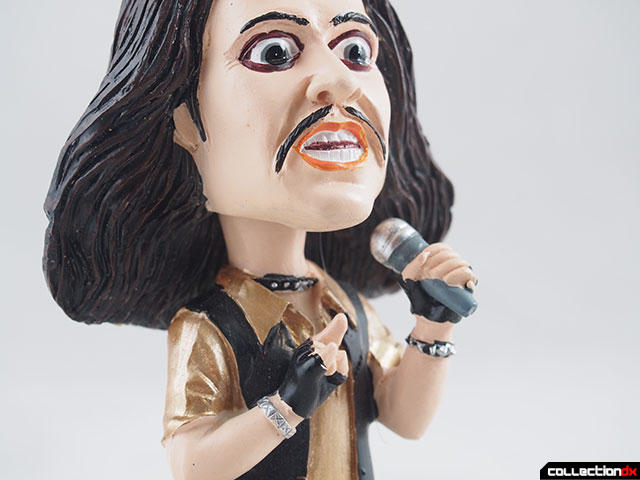 The Bobby Liebling of Pentagram Bobblehead will be available in March 2016 at Aggronautix.com