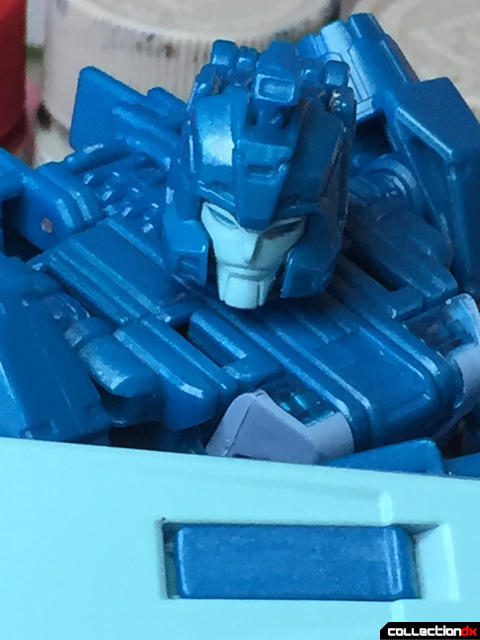 With combiner wars mostly out of the way in America, Titans return has really proven to be an interesting, endearing new gimmick for classics style Transformers to run on for the next year or so.

The first figure in the line I have, Blurr, is a very loving interpretation of his original G1 self in a way that the more IDW centric generations Drift remold missed for me.

In robot mode, I only have good things to say about Titans Return Blurr. Not only is the detail very G1 accurate in all the right ways but, the face sculpt also does a great job at capturing his iconic visage down to his little weather vane thing on his head. The lack of paint basically making the figure a sea of the same one color blue is a little disappointing but, it would be a disservice to the figure to have any more complaints. 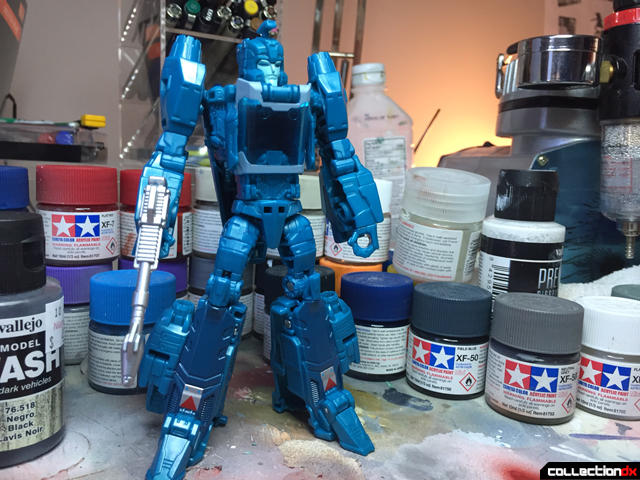 At first, I was a little worried about how small the titan master is but now, I really like it!
It has so much detail for the ridiculously small size. It's awesome! 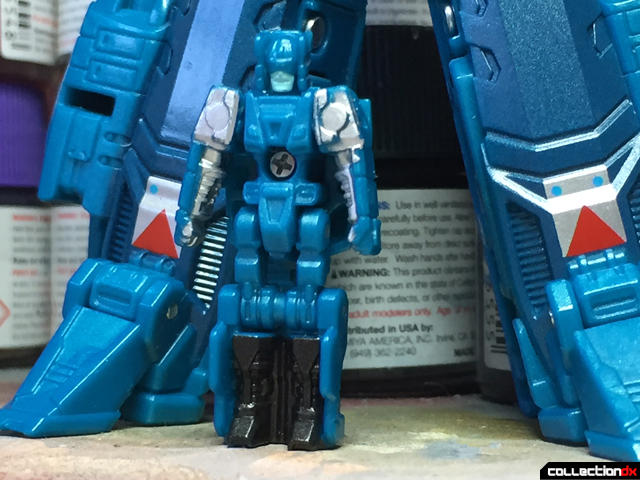 Accessories for Blurr are to be expected. A medium size gun that is questionably molded in blue plastic and then covered in silver paint, waste of paint or not, it looks really cool regardless! Also included is a "shield" (the front of the alt mode) that can be mounted on either arm but I'm not sure which way. Either way looks good depending on the pose so it's not a big deal! What is however, is the weapon combination gimmick! Folding a little ski from the shield, and attaching the gun makes a cute little mini vehicle for a Titan Master to sit in! 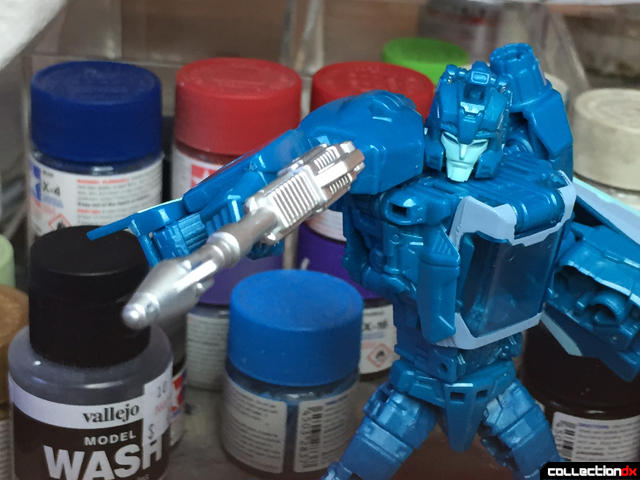 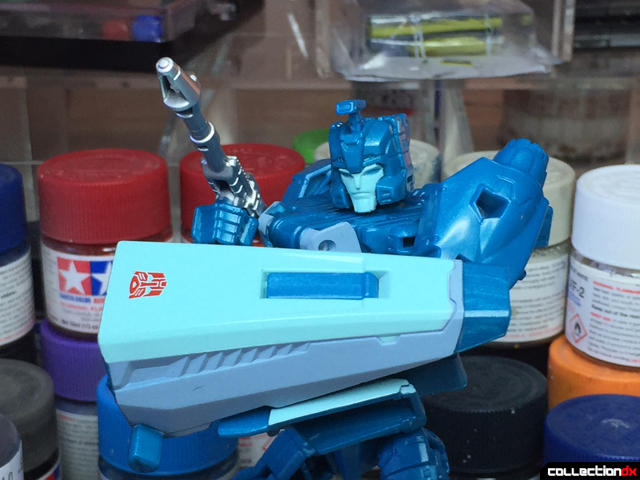 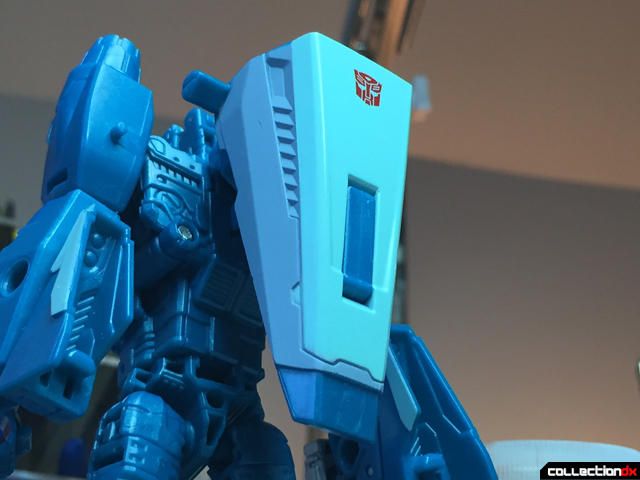 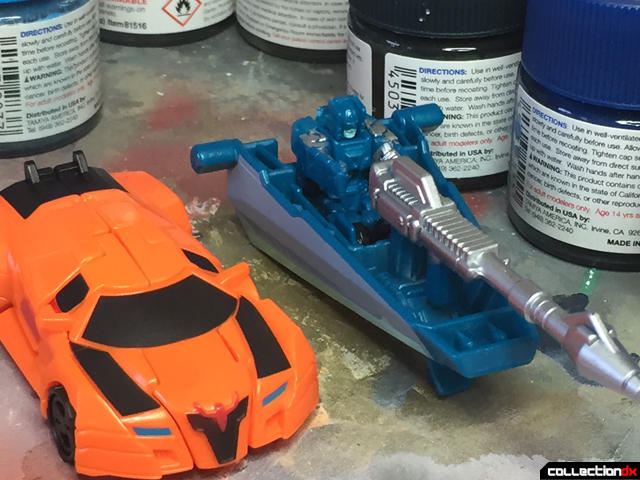 Articulation is average for the scale, basically the same as any Combiner Wars figures with no real grievances anywhere. One nice addition is some wrist articulation!

Size on Blurr is average as well, putting him right around other deluxes. The Titan Master is a different story. It is so small it's ridiculous. Smaller than anything else I have in fact! If only I could find my WST red alert to compare them! 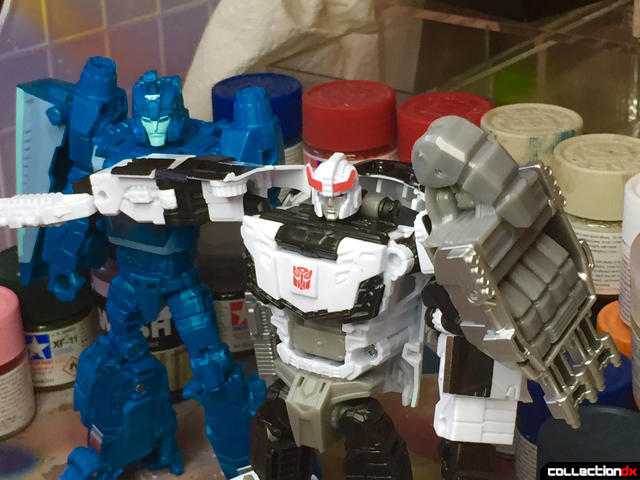 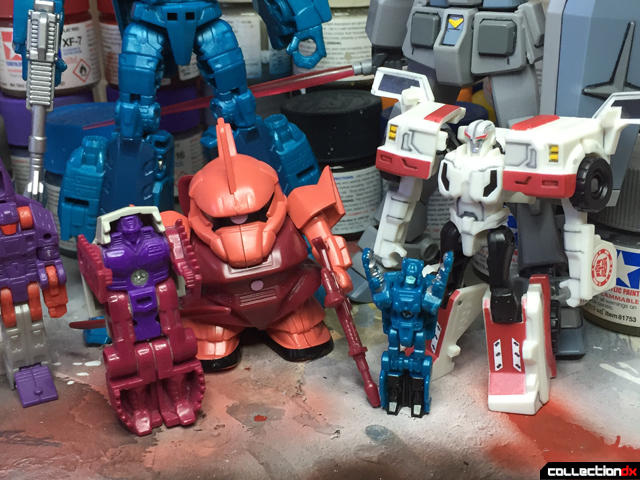 Transformation is perfect. Take everything about the simplistic combiner wars conversion schemes like Dead End's opening legs and combine it with some complex finesse here and there. A really fun, solid transformation.

In vehicle mode, the detail really couldn't be more accurate! Aside from the paint which is minimal at best, really just varying shades of blue that kind of blend together in this mode. Still though, it looks undeniably good otherwise and even better when you factor in the Titan Master can serve as a pilot! 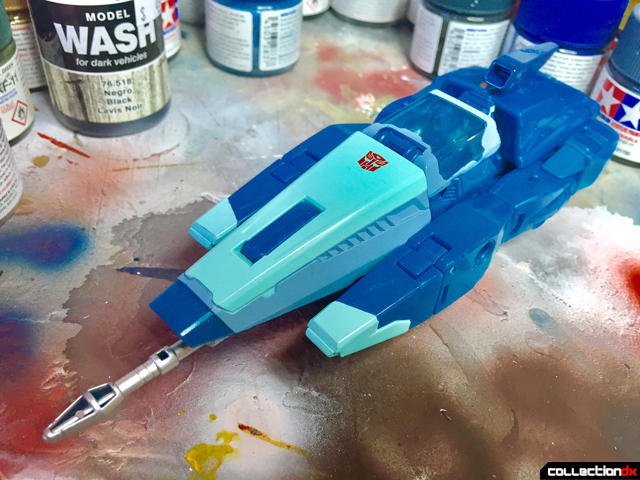 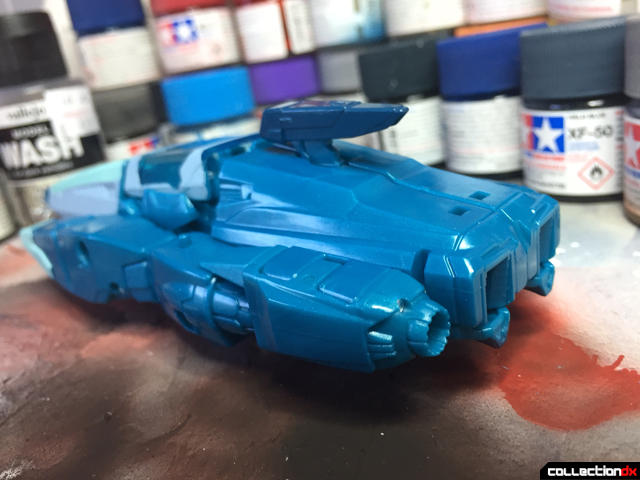 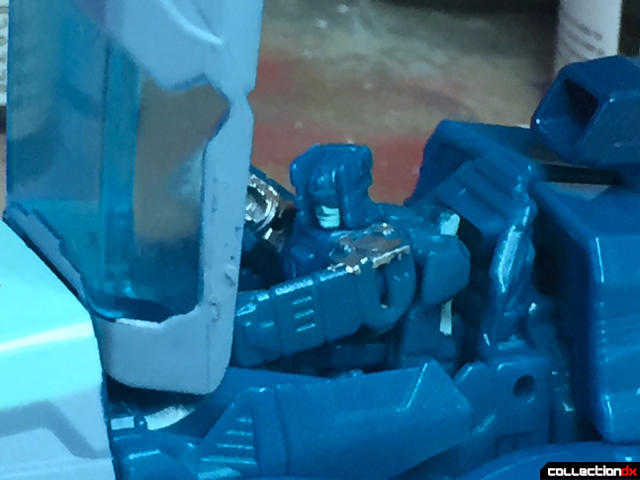 In conclusion, aside from some minimal paint, Titans Return deluxe Blurr is perfect. A solid figure, with a great gimmick, fun transformation, and some really nice aesthetics make this figure essential.

2 comments posted
I've not traditionally been a

I've not traditionally been a huge Transformers guy but I've been picking up some of these figures using my TRU Rewards points and have been pleasantly surprised at how much I've enjoyed them. I think I've got 7 or 8 at this point, including Blur that I just got the other day. I agree that it's a great little figure that is better than it looks at first glance. And it's the only character that I just happen to also own a vintage version of, too.

One other thing about this line that appeals to me lately is the trading cards. I find myself wanting to get them all just for the cards! LOL

I don't have many g1 figures really but I do have blurr, double cross, and kup so I will definitely be getting those two! And yeah, I totally agree, Titans Return is great!