In a line as focused on g1 accuracy as Titans Return is, it's hard to imagine a figure be released that disregards almost all of these principles in order to reimagine an underrepresented character but sure enough, Titans Return Alpha Trion bears little resemblance to his anime counterpart in all the best ways.

This figure represents Alpha Trion as a huge, magnificent paladin similar to Transformers Go's Go Prime. I love this aesthetic as it reminds me of something from warhammer with its split unicorn lion head shoulders and an orange orb enrobed in shocking silver fur, bordered by harsh black claws. The head sculpt is regal and decadent, but at the same time, it bares a strong resemblance to Alpha Trion's g1 roots. This figure grabs so much attention when surrounded by the largely very blocky understated designs of his wave mates. Personally, I wouldn't have it any other way! The titan master's robot mode is, as expected, a little bland though. 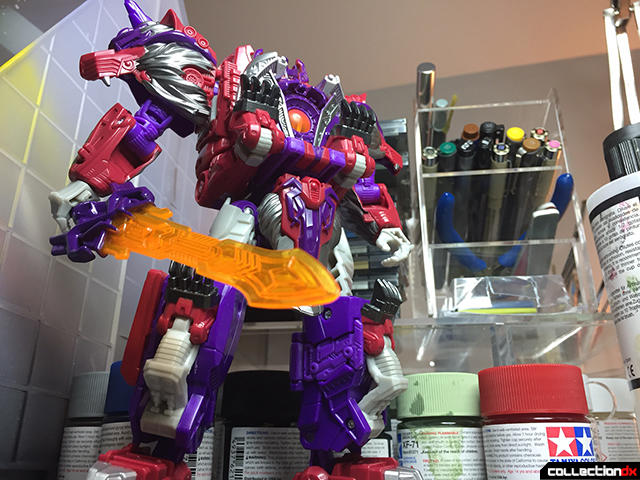 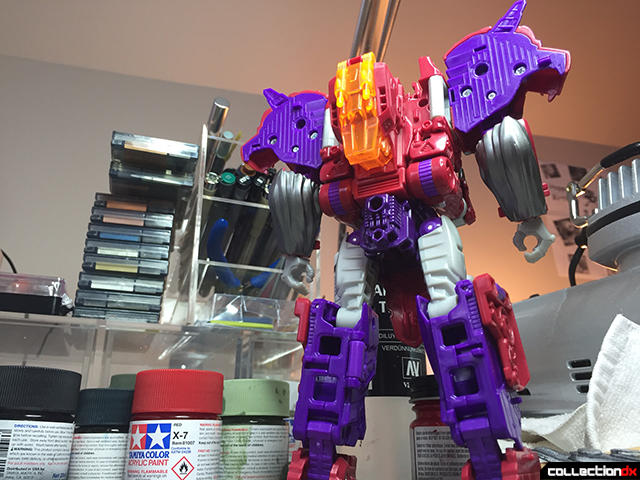 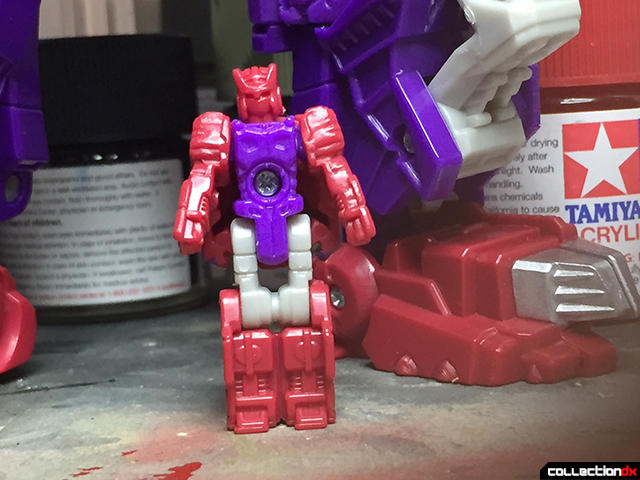 Accessories are simple, but effective! First is a triple barrel gun with seating for a Titan Master, and second, is a wicked hot orange bean sword that practically sold me on the whole thing! It looks like a weapon from Gundam Sd Sangokuden sure, but in a good way! 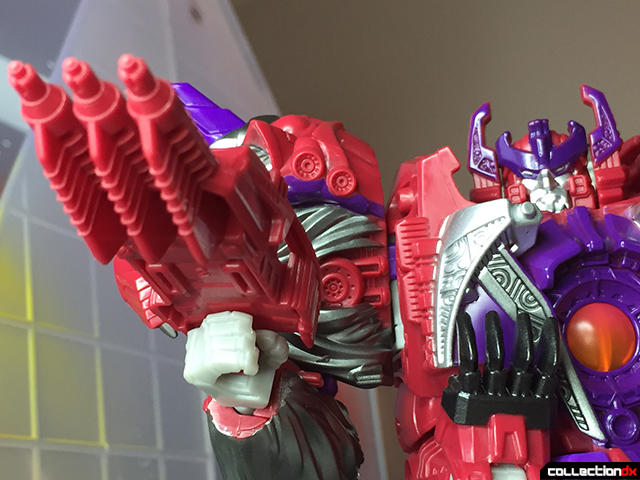 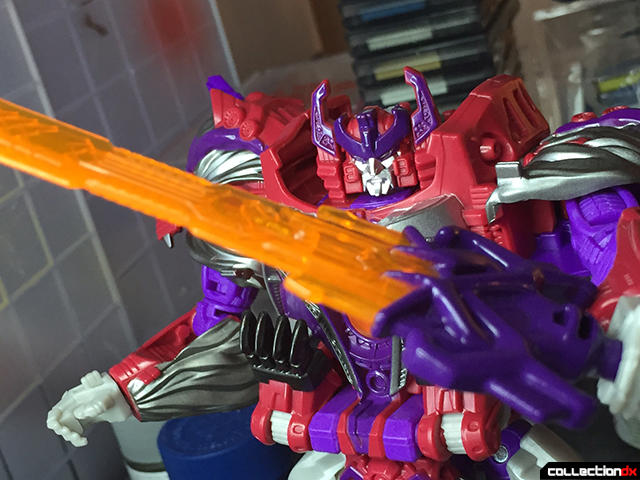 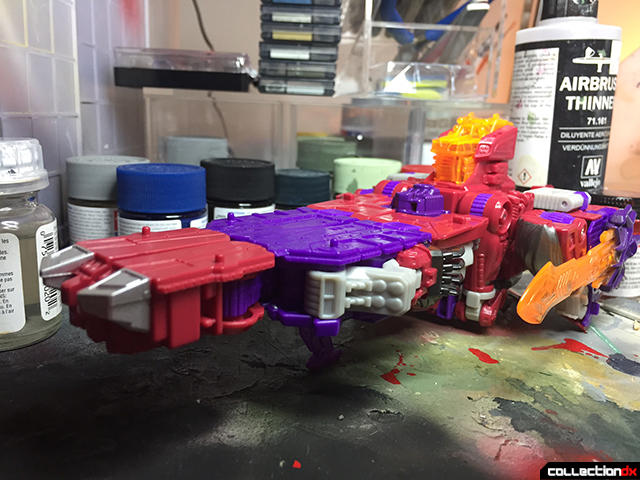 Articulation is standard for a voyager nowadays, definitely enough for some dynamic sword poses! The head is a little limited but, no where near as much as the travesty that was Galvatron's spring loaded mask!

Size is definitely not an issue for Alpha Trion as he towers authoritatively over most deluxes! 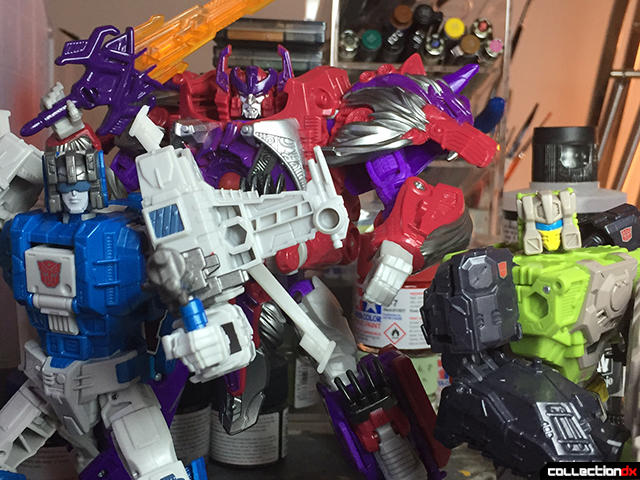 Transformation is interesting, as is standard in Titan's Return, all voyagers are triple changers. Alpha Trion's first transformation puts him in the shape of a lion with lush regality Cascading over every inch. The transformation is interesting but logical. The robot legs are the lion's, the body is the body. I will say the way the robot arms form the lion head is very fun and satisfying! The mode itself looks very detailed but, the back legs might be a touch blocky. The only real negative here is an issue with my figure specifically, where the sword can't peg in to form the lion's tail. The other mode is a formidable space battleship that definitely looks like Mobile Suits would launch from it! Transformation is very simple, as it's essentially just Alpha Trion laying down but, it does enough to be interesting I think. The vehicle itself looks a little bland. It has so many details that could be painted but aren't which is frustrating! The Titan Master fits really securely into a cockpit formed by the battleship's bridge and I think it's very effective! 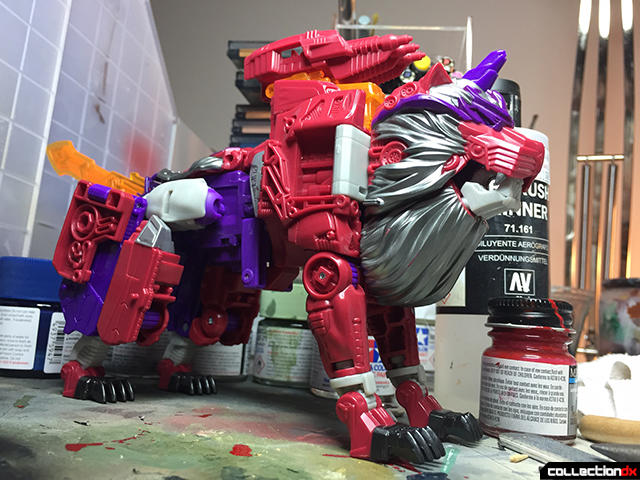 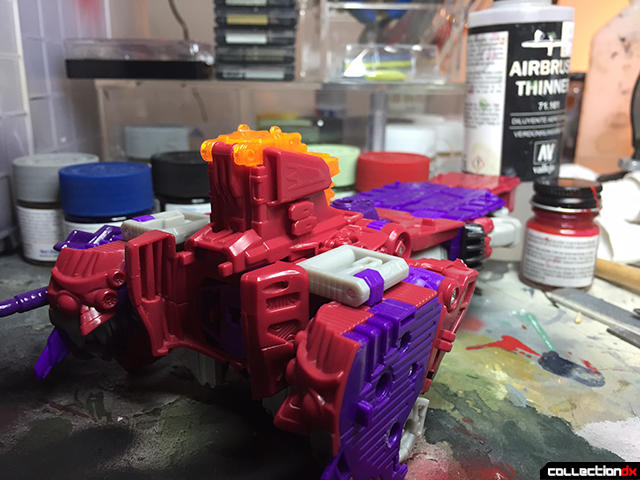 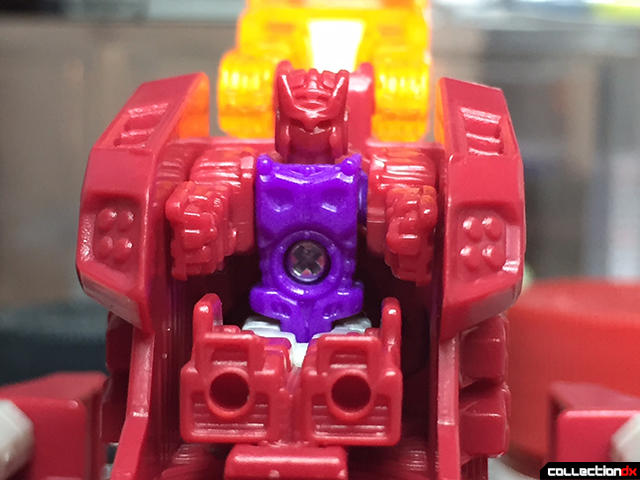 In conclusion, Titan's Return Alpha Trion is a very well done and dynamic reimagining of an underused character that demands your attention! The transformations are effective, poseability is decent, and accessories are pretty good! If this review is any indication, you should just get this figure all ready!

3 comments posted
Are you people happy with

Are you people happy with this rendition of Alpha Trion for classics, or would you want a more g1 accurate version?

Seeing as we've never officially seen his alt-mode in G1 he'd be a Monoformer, OR a retool of Scourge.

Scourge retool wouldn't be bad at all! Kind of like botcon devcon