"Who is Z Mazinger?" you may be asking yourself? I myself wasn't familiar with this incarnation of Mazinger until I did some research on it. Apparently Z Mazinger comes from a Manga created by Go Nagai himself, in which the Mazinger Saga is re-imagined with its roots being in Greek mythology and aliens. Instead of being a robot created by man, Z Mazinger is created by Zeus, who is actually an alien from space that humans have mistaken for gods. 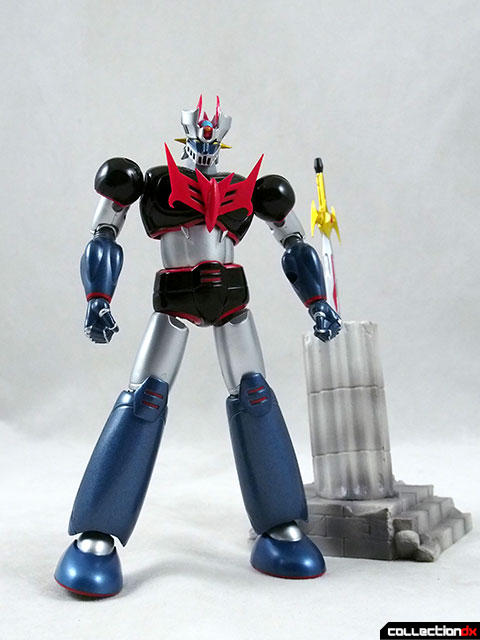 HL Pro has the distinction of being the first manufacturer to bring a toy of this version to market.

The box is large and retains the Metaltech branding of their previous releases. The illustrations are fantastic. 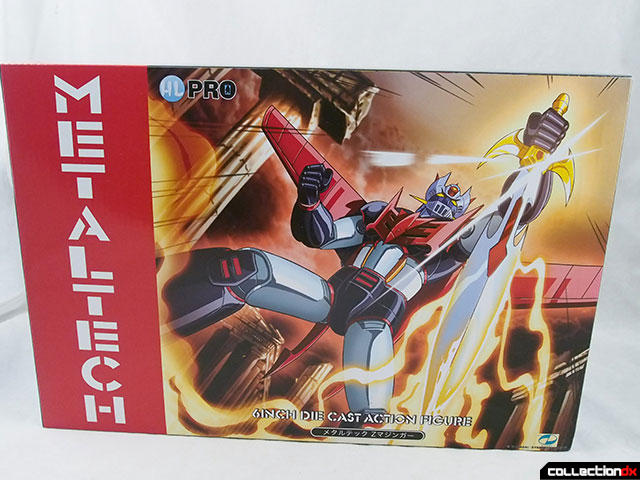 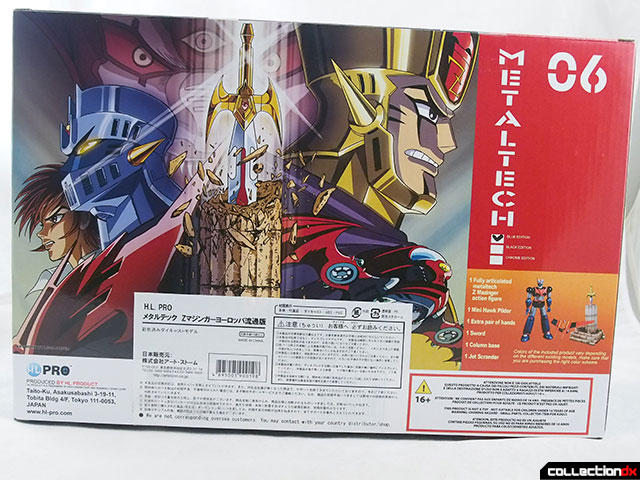 Inside the thin cardboard box is an ENORMOUS block of styrofoam. Watch the video review to see what I am talking about.

Once you get over the disappointment of the size of the toy in relation to the box, you actually realize this is a really great toy. The set includes:

Out of the box you need to attach the chest crest and the pilder. The toy has a hefty amount of diecast and feels weighty in your hand. It reminds me of the early Soul of Chogokin releases when they were mostly metal. Feet, legs, torso, chest and shoulders are heavy, solid metal with a glossy finish. 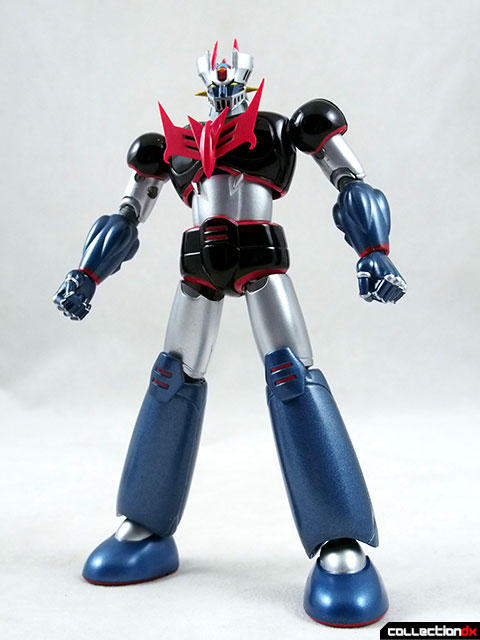 On the back, numerous screw holes are visible, which is a bit of a bummer. I would have liked some plugs to fill these holes, either for myself to add, or from the factory. 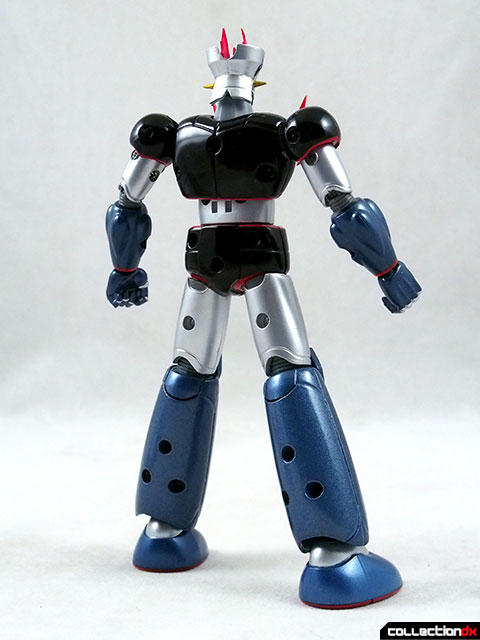 Articulation is basic, but nothing is really lacking. No double joints here but a character like this doesn't really need them. The joint work is much more solid than on precious Metaltech releases I have handled. There are numerous clicky joints in the figure that really add to the feeling of quality. The legs have an interesting joint that allows you to swing the leg forward without scraping up the waist. 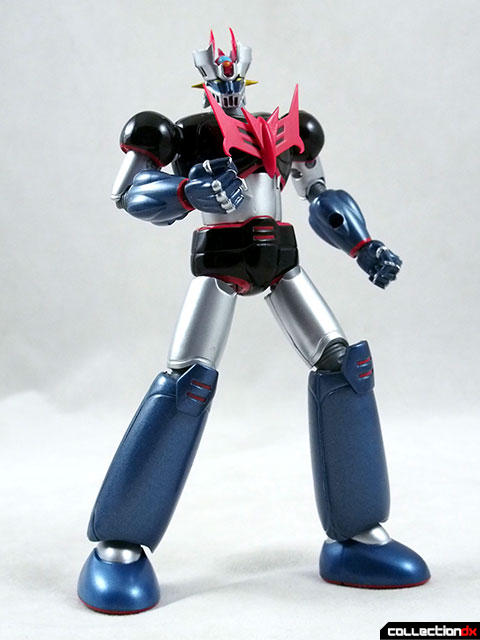 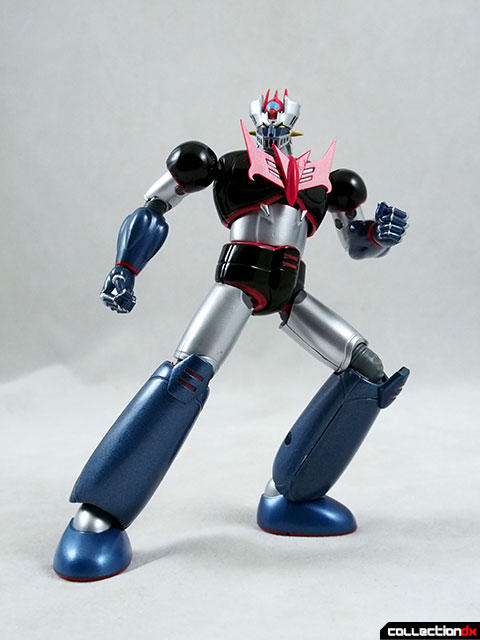 Speaking of quality - On the bottom of the chest there are two tooth-like protrusions that would normally scratch the paint on the torso, but here HL Pro has added small clear plastic spacers to keep that from happening. They are almost invisible, and a nice touch to protect the surface. 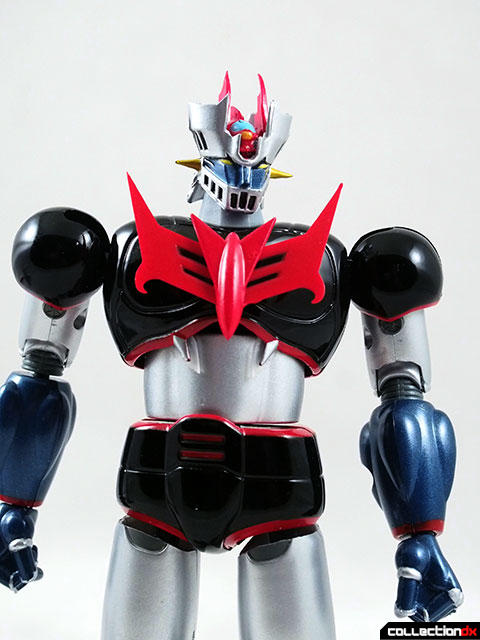 The pilder comes in three parts. The cockpit has a channel in the bottom in which a tab from either wing assembly slides onto. The fit is good, but if you are inserting the closed wing into the head of Z Mazinger, it tends to pop off. I also noticed that both wings have a hole in the bottom to mount to the peg in the head, but only the closed wings will fit. I thought maybe there is a place on the column piece to attach it to, but there is none. 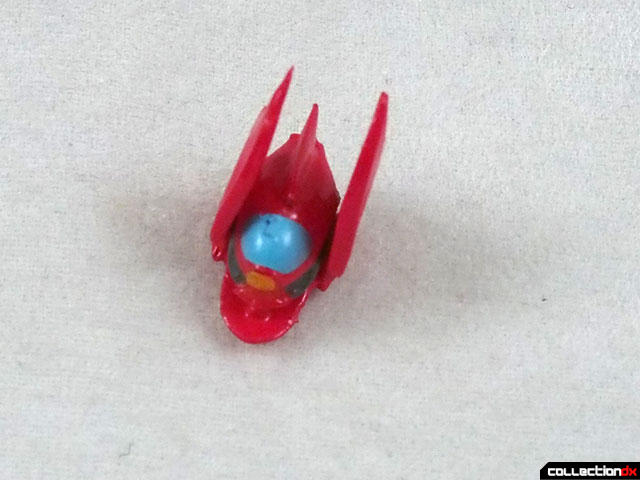 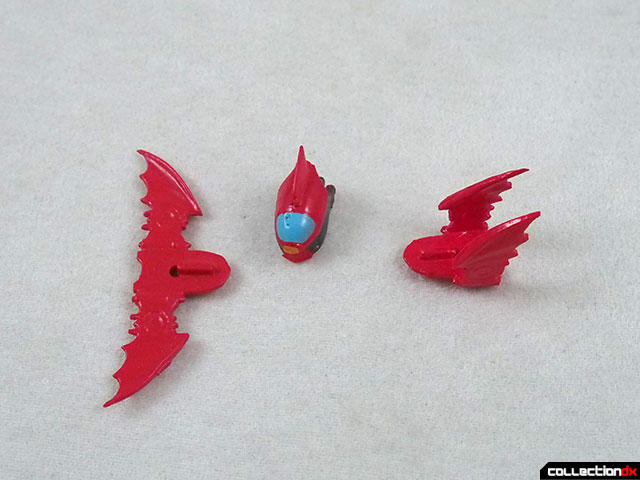 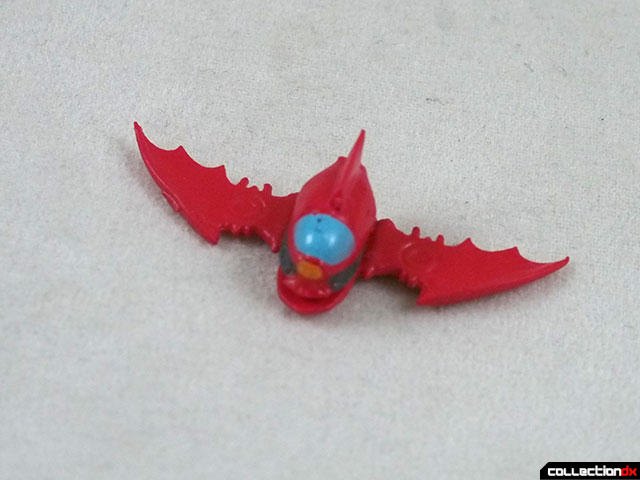 The Jet Scrander is a wing assembly that allows Z Mazinger to fly. This wing is beautifully sculpted and detailed. I love the bright color of it. 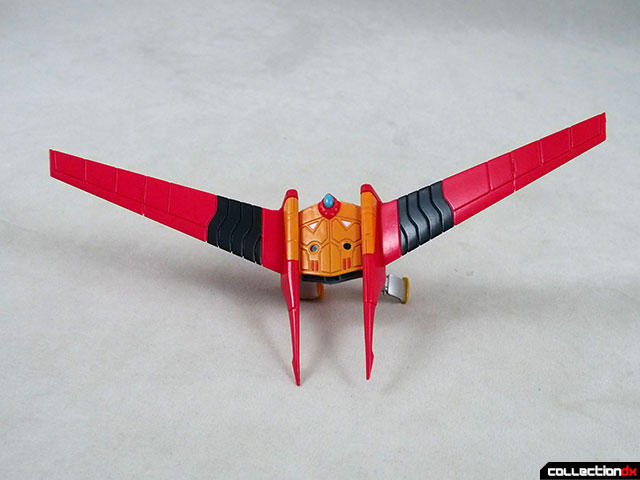 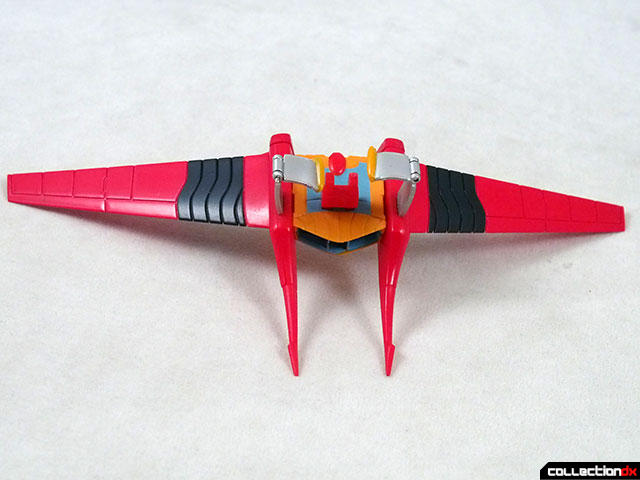 The Scrander is interesting in that the plug in the back actually sits the unit a bit away from the back instead of being a flush fit. The belt then comes around and folds into the front. The belt parts swing freely and do not clip in in any way. 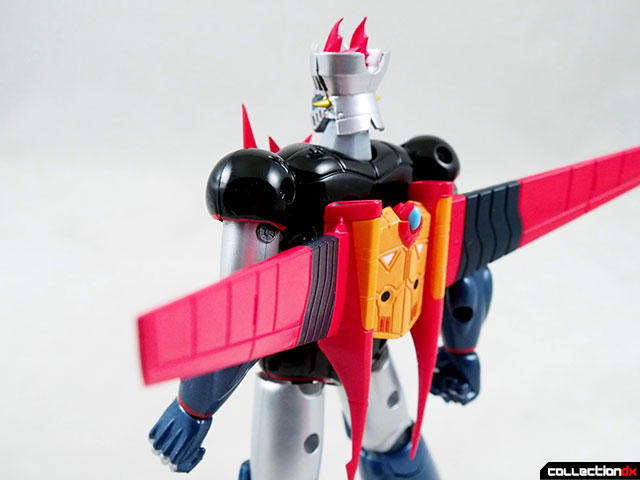 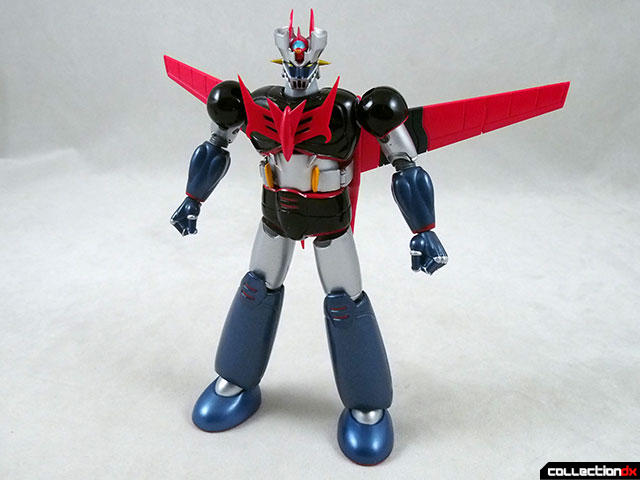 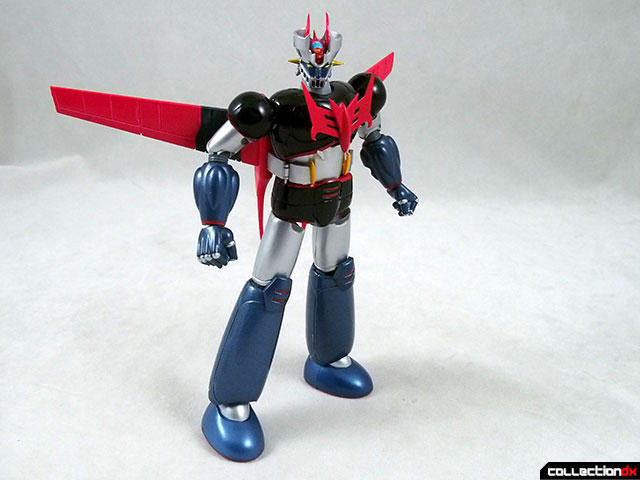 The variant hands are easy to pop on and off, but note that the forearms also can slide off during this process. I assume this is meant to replicate some kind of rocket punch, but as the toy did not come with instructions, I can't be sure. 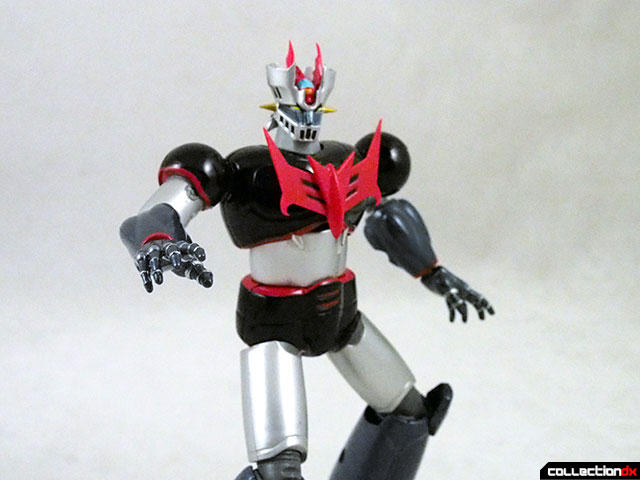 The Sword can be held in either one or both hands, as well as be stored in the column base. I liked the ability to pull the sword out in a "Sword in the stone" moment. 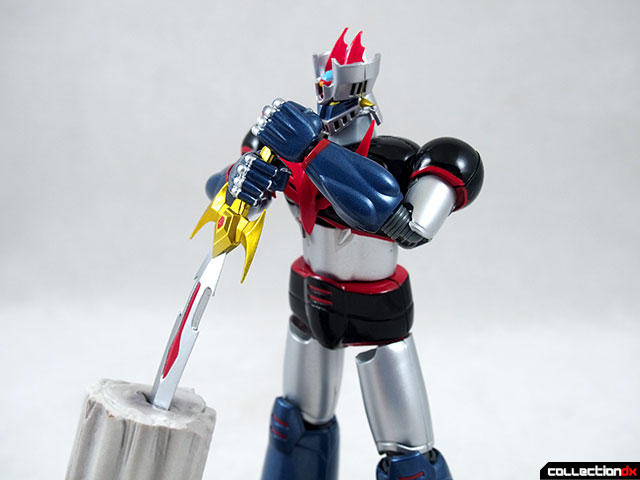 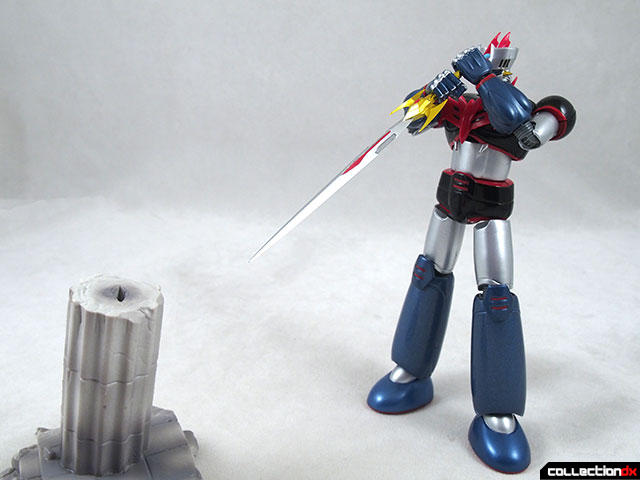 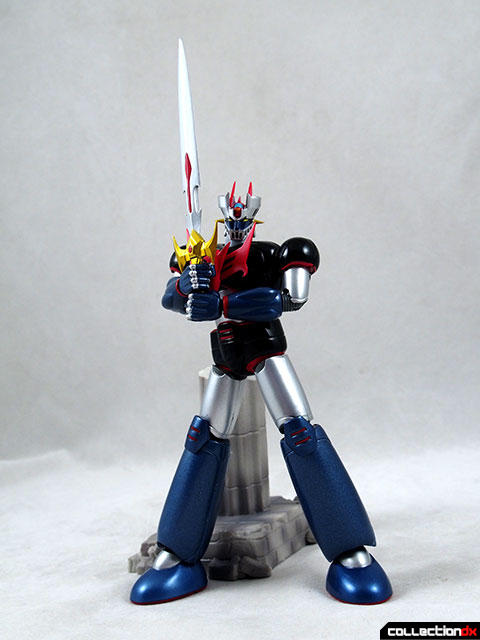 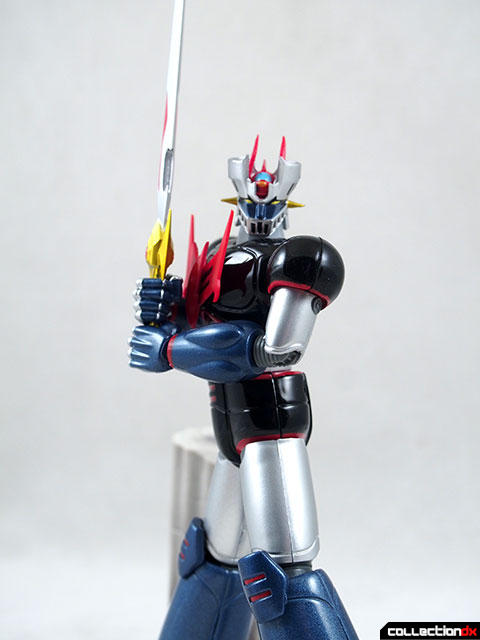 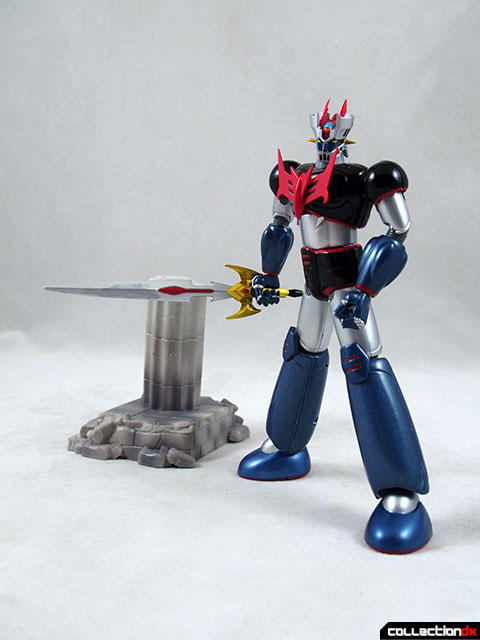 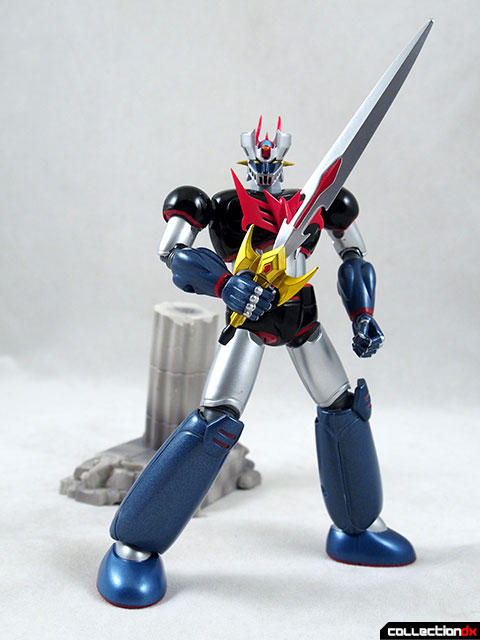 It's a really great release actually, probably the best i've had a chance to handle from HL Pro. There are actually three different versions of this toy available:

The only way to differentiate the release is a checkmark on the back of the box.

I'd like to see a figure of the 90's videogame version of Mazinger called MazinSaga, where instead of being a robot, it's a suit of armor that makes Koji Kabuto grow giant.