The Movie Revo Ultron is meant to represent Ultron Prime from the movie "The Avengers 2: Age of Ultron". 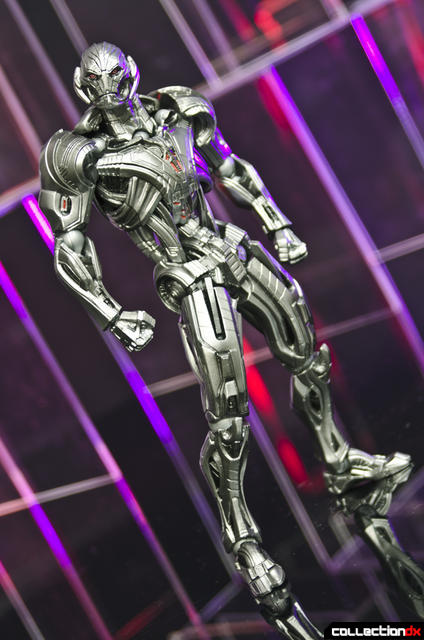 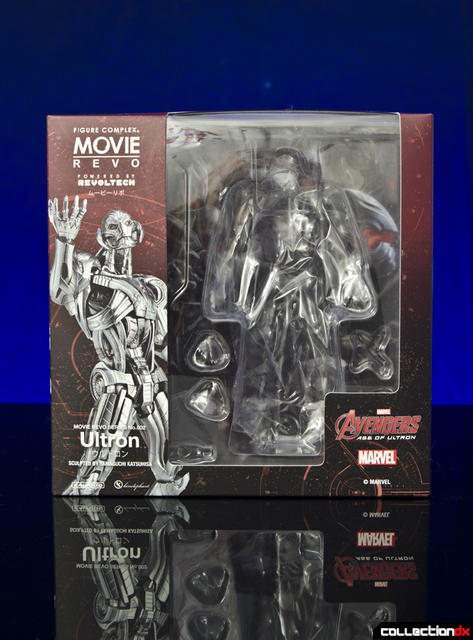 Ultron stands roughly 6 and 3/4 inches tall. He's a little short compared to his on screen appearance, but he still strikes an imposing silhouette with Legends and Figuarts. 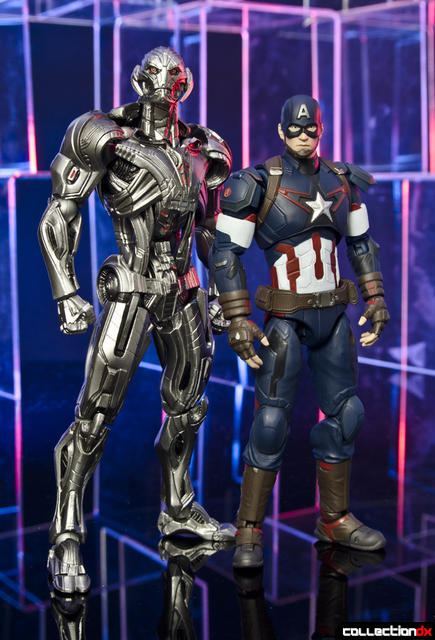 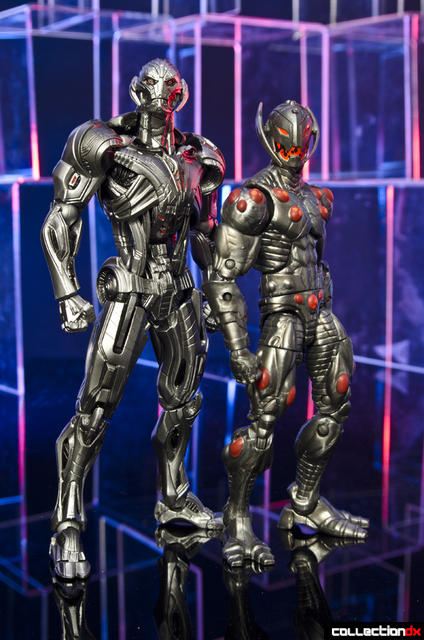 It has several layers of detail that do a good job of making the figure look like it has armor over an inner frame. The paint isn't as sharp as I would expect on a figure of this price, and he has some missing paint apps on his head. 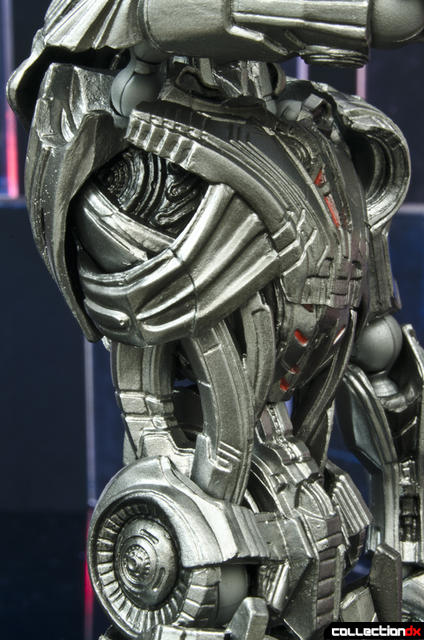 The sculpt is very dynamic and looks very fluid when posed in action. 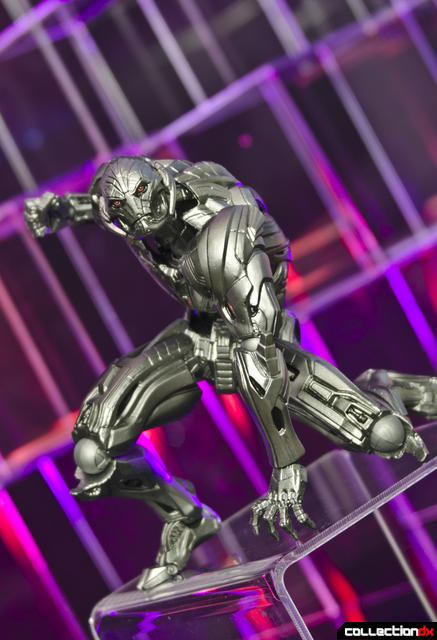 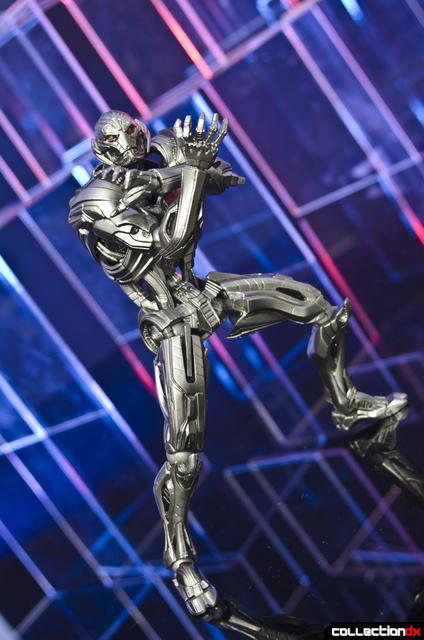 The articulation is a mixed bag. He has an above average torso crunch and very nice range of motion in his elbow, knees, ankles, and wrists. His hips and shoulders can be very frustrating though. The hips have a wide range of outward motion, but lack any real backward range and very limited forward range. 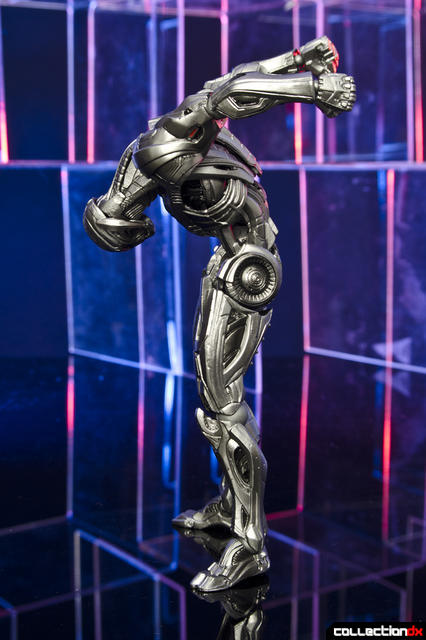 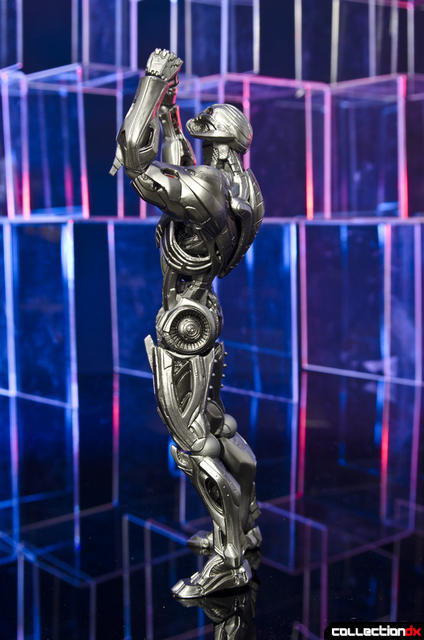 The angle that the revoltech joints sit in the hip joint makes them very frustrating to use. The shoulders are on the revoltech small double ball joint, which is probably the worst joint that revoltech makes. It's weak, it's floppy, they pop out easily, it has poor range of motion and it makes his shoulder a chore to get into position. Trying to get the ratchets and joint angles lined up in the shoulders and hips feels like doing some kind of sadistic brain teaser. 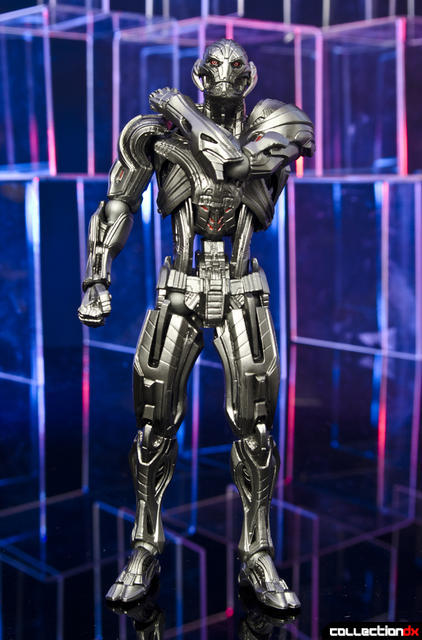 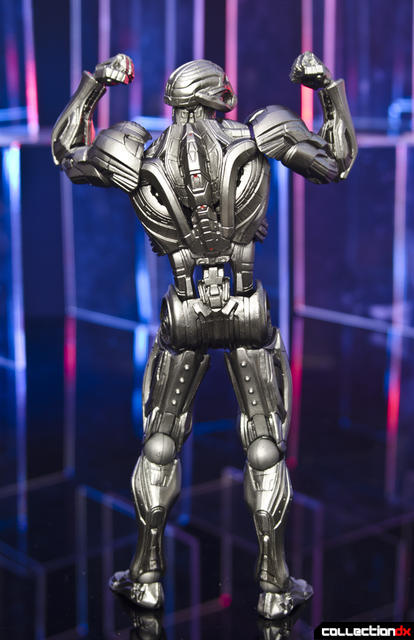 Aside from the hips and shoulders, the rest of the joints are very nice. The elbow joints are smooth rather the regular clicky revoltech joint, and the ankles have roughly twice as many ratchet positions making them easier to sit flat on the ground. 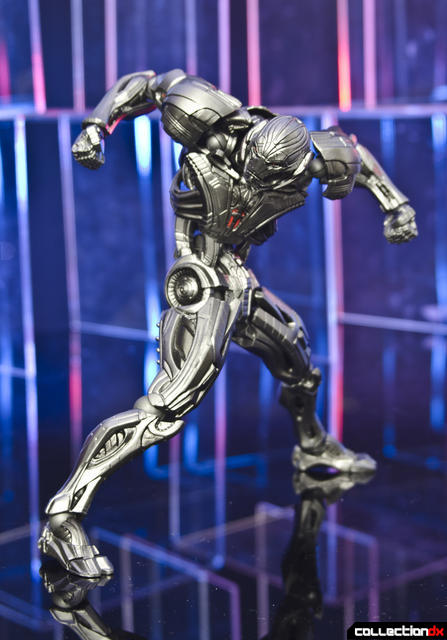 Ultrons eyes are both poseable using the included pick. Its a nice feature, but somewhat finicky to get into position, and is nothing I would want to deal with on a regular basis. 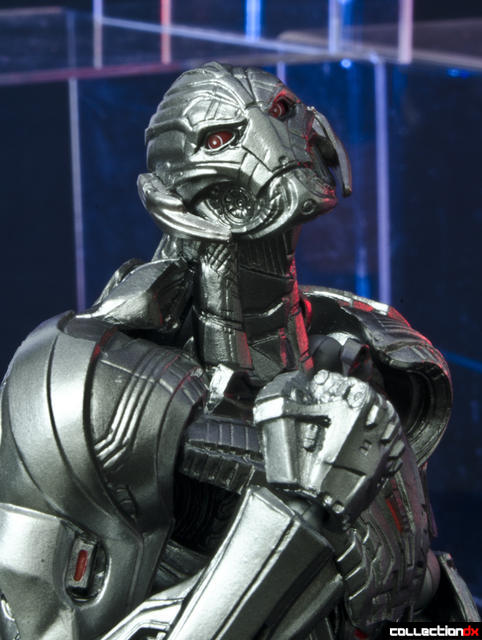 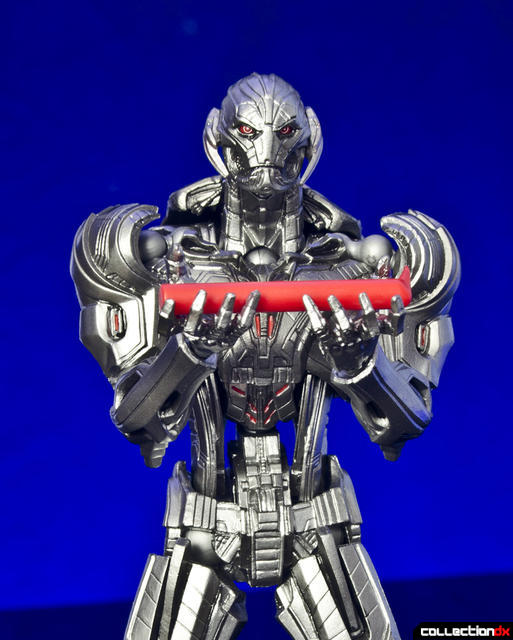 The figure also comes with an improved stand. The old Revoltech stands were all but useless, the new ones are very stable though. 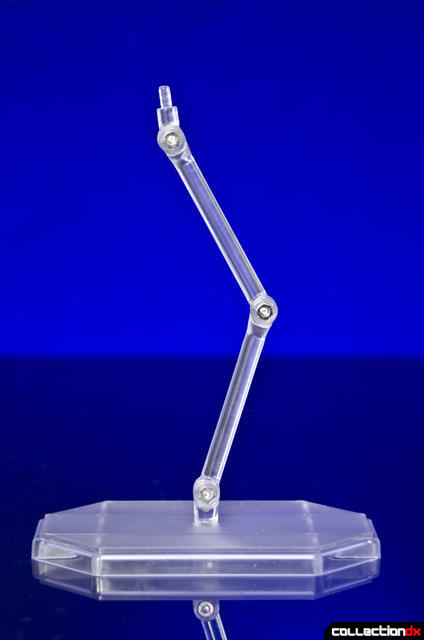 The last accessory included is an effect part for the left hand. 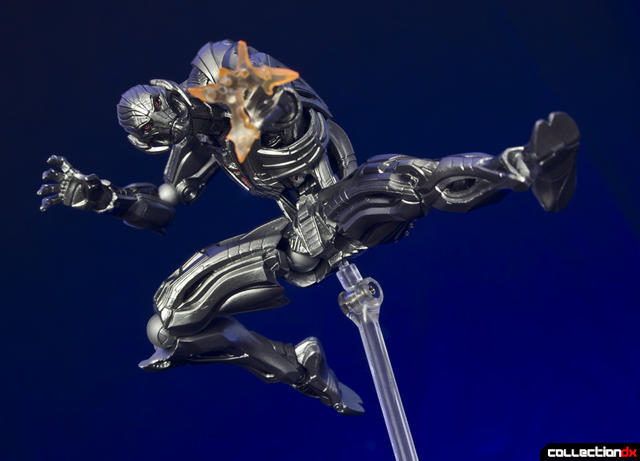 Overall, the figure looks great when posed, and if your the type of person that poses a figure once and then never touches it again, this figure is great. However, if you like to repose your figures often, Ultron may quickly become more of a headache than he is worth.

I've always said that about Revoltech figures, they are more trouble than they're worth. Back when they were $20 or less it was fine. You had a high quality action figure you could fiddle around with. But with some of these figures topping out at 50 or 60 bucks, they just aren't worth it. The joints are finicky. It takes forever to get the figure in a pose that looks halfway decent. Of the 10 or so Revoltechs I own (only two of which I paid more than 20 bucks for), I don't "play" with any of them. More often than not I get them in one pose that I like, and then they collect dust.