So, I like Sailor Moon a lot. I used to watch it all the time as a kid with my sister. I also used to think Tuxedo Mask was cool for some reason.

Not sure why. Maybe it was the hat. I like top hats. 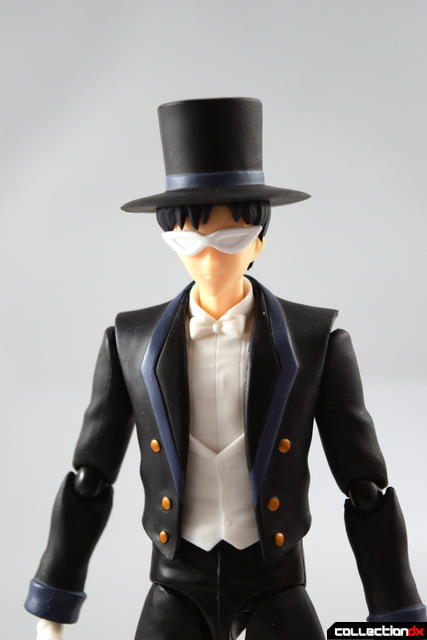 Anyway, this is a really odd thing to review on CDX, but let's give it a try! 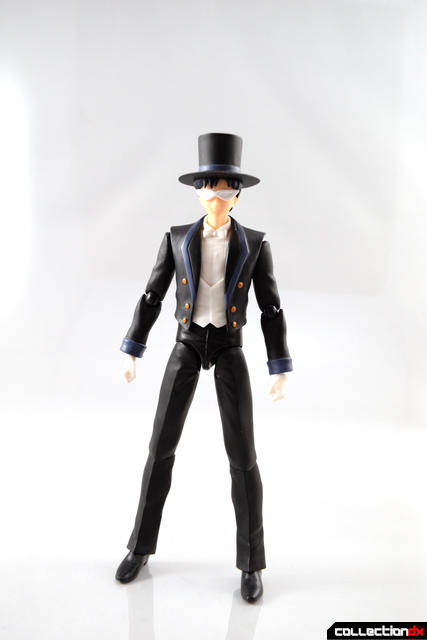 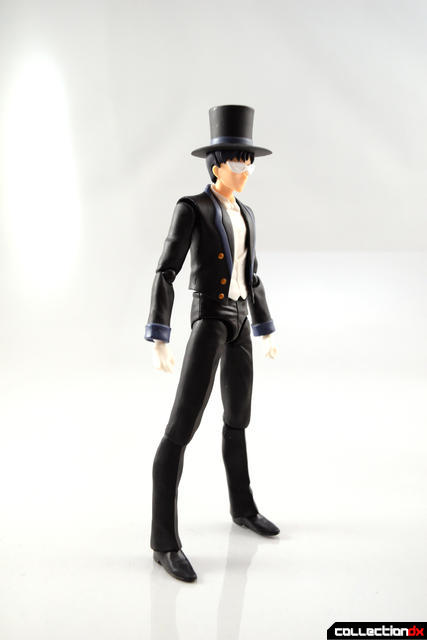 First off, I'd like to say that Bandai did an amazing job on the sculpt. These Sailor Moon S.H. Figuarts releases are brilliant and look great! 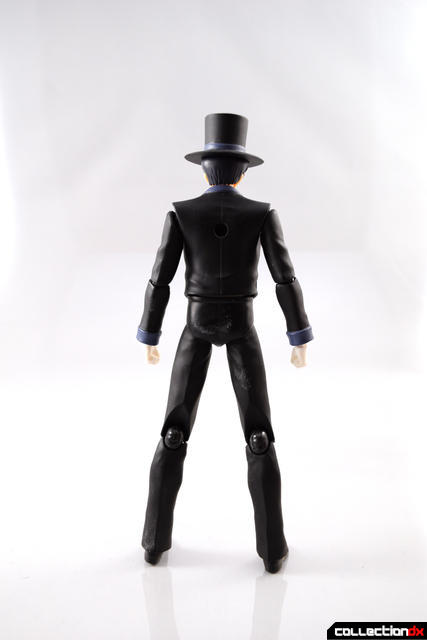 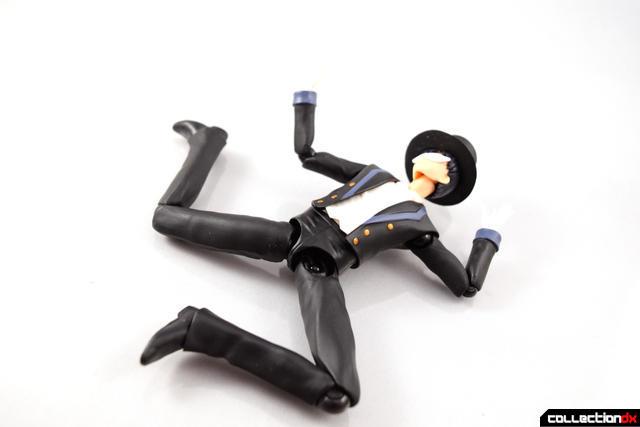 So Mamoru, or Darien for the fangirls like me, has a lot of joints. The only problem is that they felt really loose on mine, and for some reason posing him felt like posing a praying mantis. He has long gangly legs and the hands are super long and everything is basically long and weird. It fits with the show's asthetic and it's technically accurate, but it made for a weird action figure.

I was able to get him into some sweet looking poses though, so I guess that counts for something. 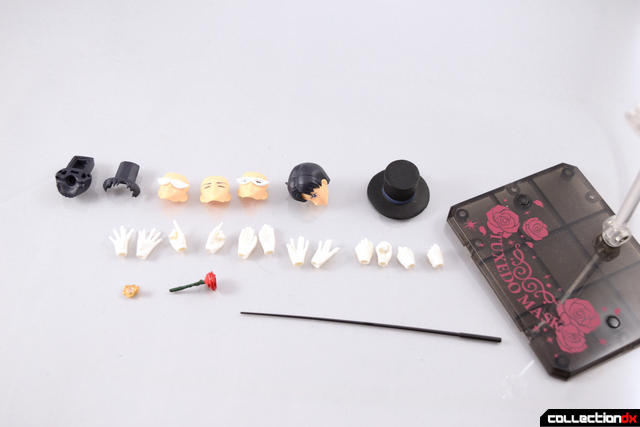 And while we're on the topic of poses, HOLY GARBAGE PAILS he comes with so many accessories! He has his hat, 4 faces, an extra head, a billion hands, his beat stick, his Sailor Crystal, a ROSE, a stand, and a GIANT FREAKING CAPE. 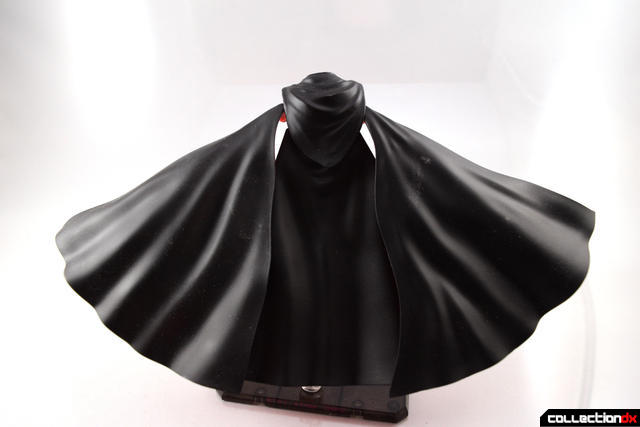 Let's talk about the cape for a second. It's amazing. 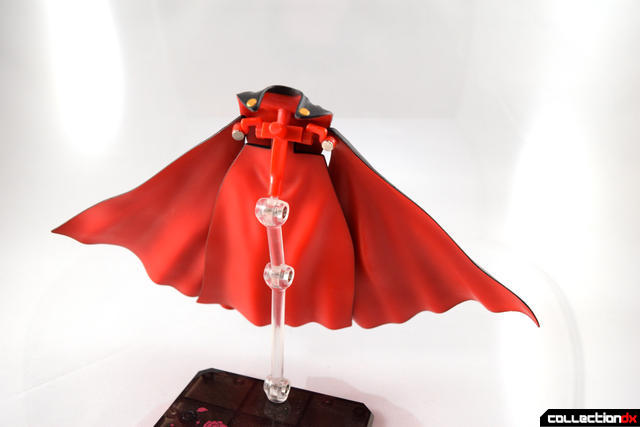 It's a weird contraption with 4 different pieces attached to a hinge attached to a stick. This allows it to flow naturally and makes connecting Tuxedo Mask to the stand a snap. 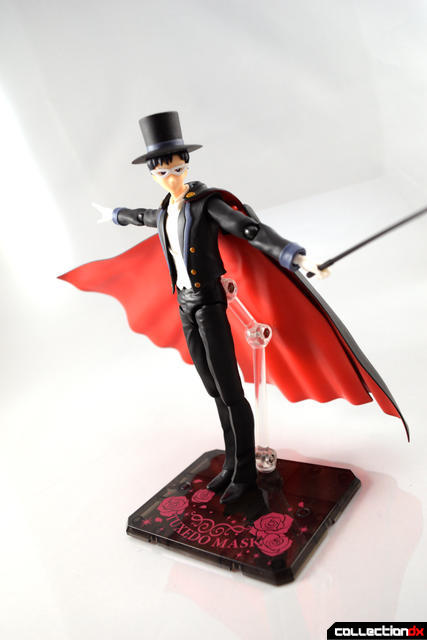 Of course, adding the cape makes him very heavy so he cannot support himself without the stand while wearing it. 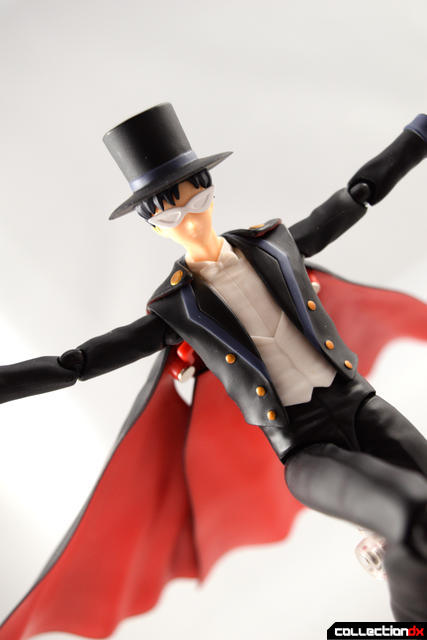 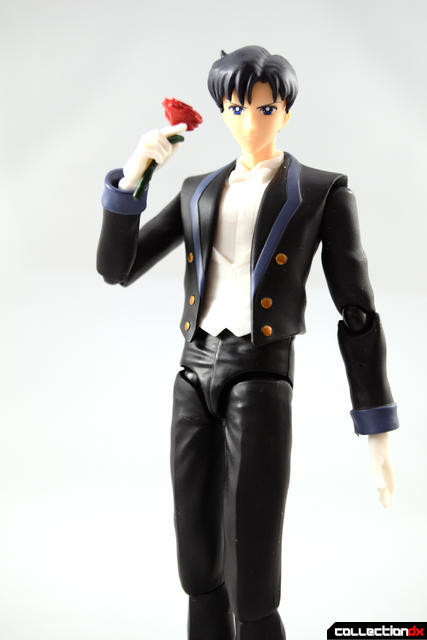 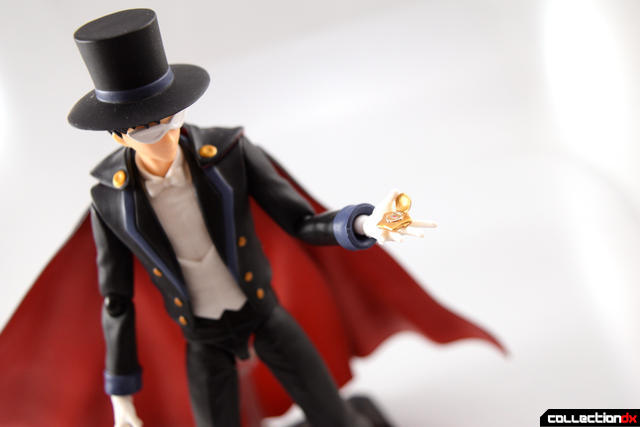 But out of all the accessories, I think I love his extra head the most. Because it looks like a generic anime head, it can be placed on just about any SHF and look decent.

This picture has so many layers. I'll give you a cookie if you figure them out. 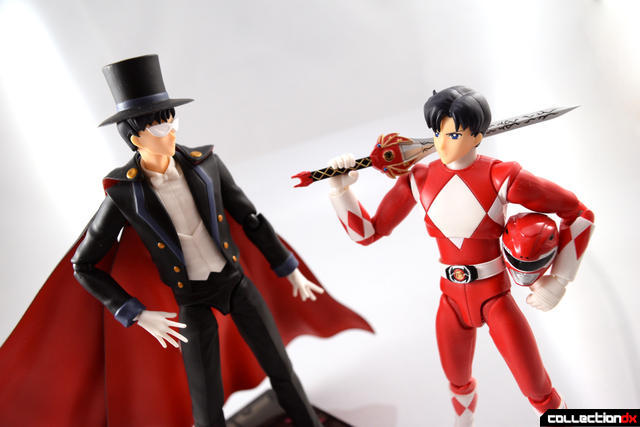 I also like the-OH GOD. WHAT IS WRONG WITH YOUR HEAD!? 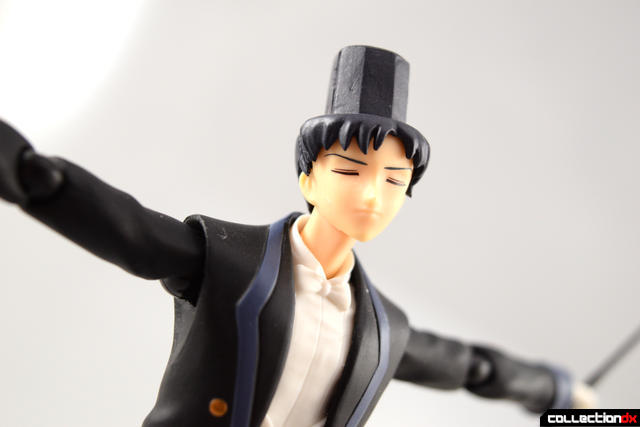 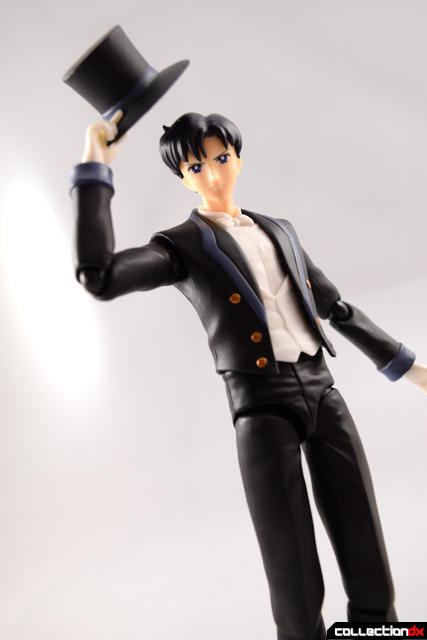 I also like the top hat. It's molded to go over the square tumor on Darien's head, but it fits well enough on other figures. 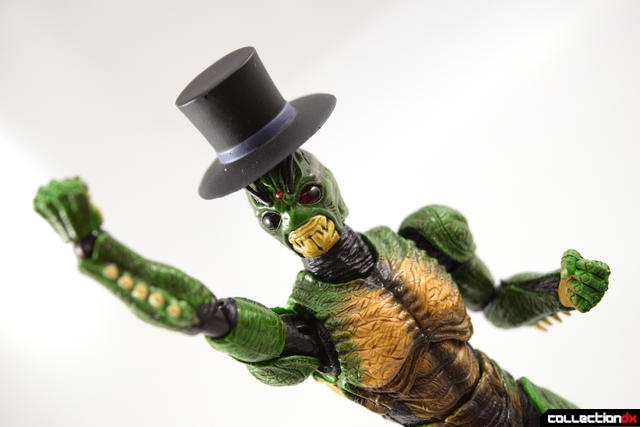 See? Even Shin gets to be dapper sometimes. Don't let it get to your head, Shin! NOW GET BACK IN YOUR CAGE UNTIL I LET YOU OUT AGAIN. 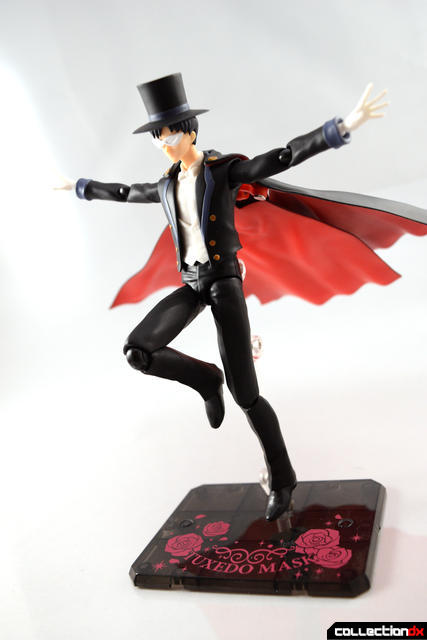 Okay, I think I'm just about done rambling at this point. Basically, Tuxedo Mask is a great figure. I wasn't too excited at first, but it brought a ton of nostalgia to the surface and then backed it with a great sculpt and some killer accessories. While the articulation leaves some to be desired, you cannot go wrong with adding this figure to your bustling Sailor Moon shelf. 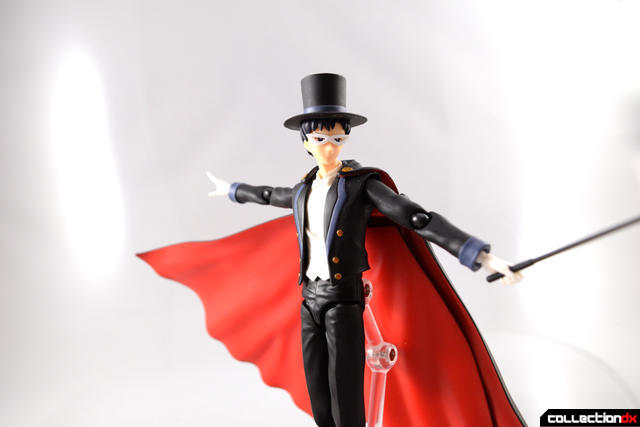 Of course, my sister has already called dibs on this toy. She always takes my cool things away.

Great and completely charming review. I have kept bypassing this figure. But you may have sold me on it on the basis of the extra decapitated head and hat.

You said the head works with most SHFA figures. Would the cape work with any others?

It *might* be possible, but it only slots in because he has a giant hole in his back. You could possibly remove that assembly and smush the top of the cape on the other figure.

But I wouldn't bet on it.