The fourth part of Petit Sushi-go-round is Specialty Tuna Dismantling Show (Meibutsu! Maguro Kaitai Sho) or better known as Tuna Cutting Show. Apparently this type of show is fairly common as a form of entertainment in restaurants and fish markets. I’ve never seen one in person, but the YouTube video below makes it seem pretty fascinating.

There are only two cutouts in this set, a large leaf for the tuna head and screen insert. 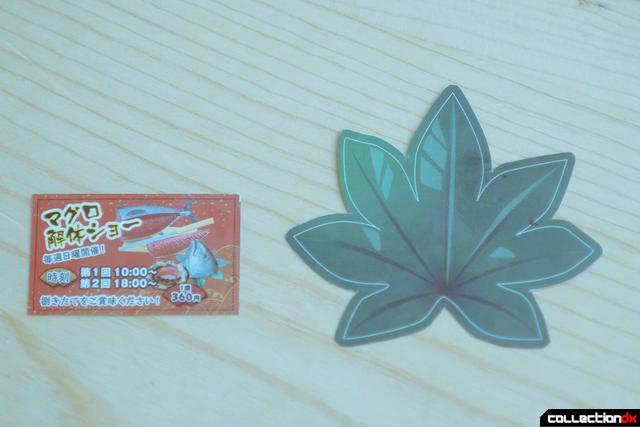 The tuna (maguro) comes in three parts. The head is surprisingly detailed for such a cheap set and looks great. 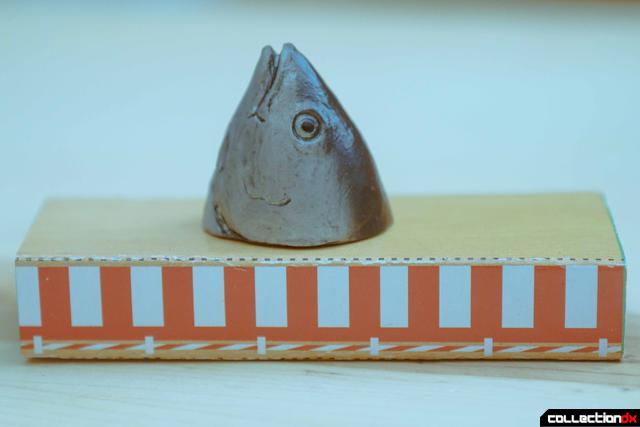 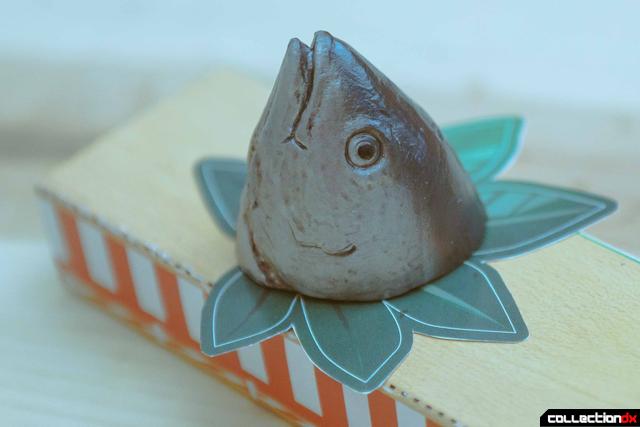 The lower quarter of the tuna is a separate piece which I believe represents the fatty tuna (otoro) portion of the fish. A large cutting board is also included to set the Tuna on. 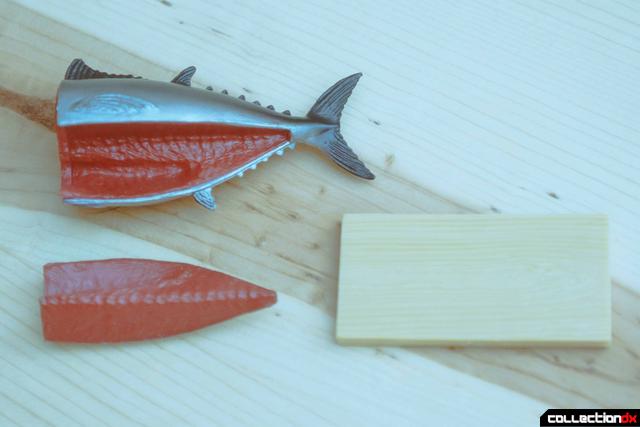 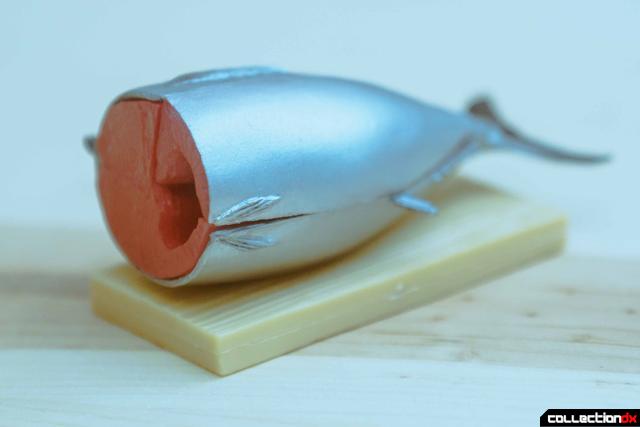 This large knife is called the Maguro Bocho, capable of filleting a tuna in a single cut. Searching online, it seems these knives sell for well over a thousand dollars. 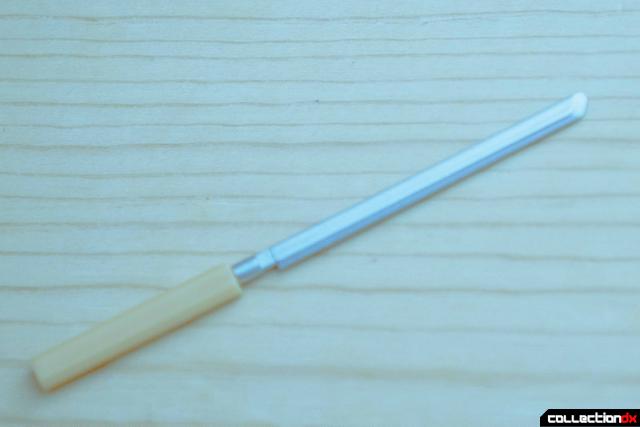 The final piece is a plate of otoro sashimi, freshly cut from the tuna. 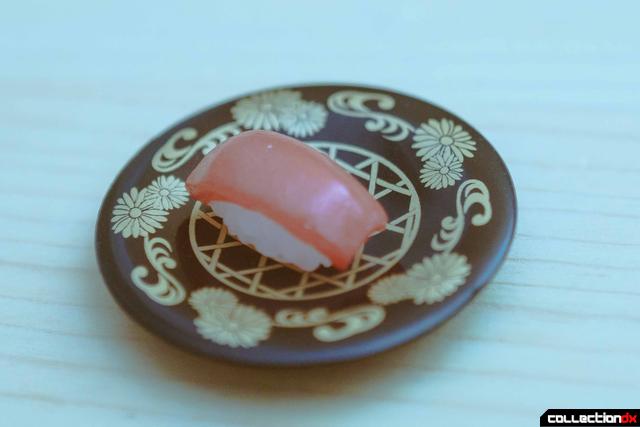 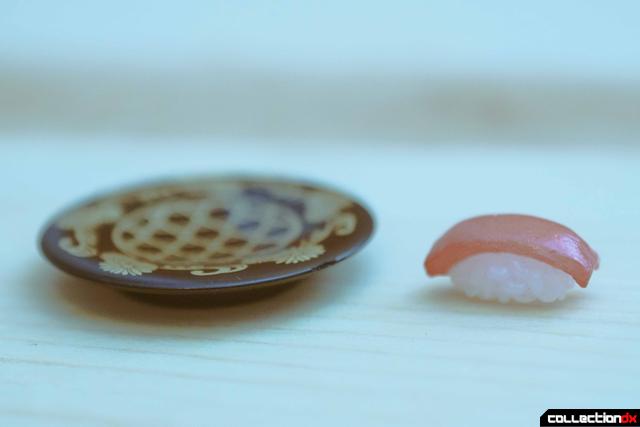 I liked this set a lot, especially having no experience of what a tuna cutting show. It was fun learning about it and I can see this set providing a lot of interesting photo situations with tuna head. I’d still suggest grabbing the entire case but Tuna Cutting Show is a good standalone set as well. 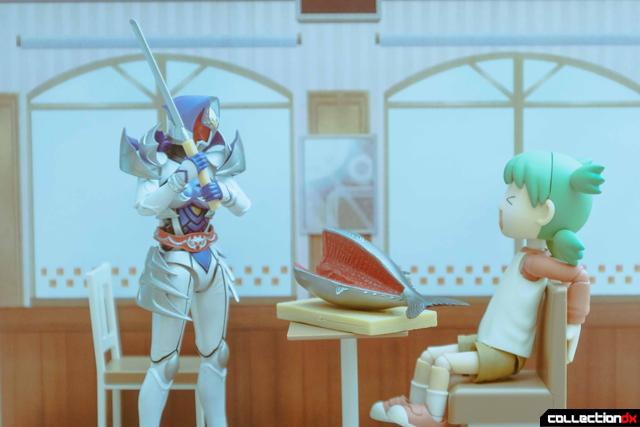 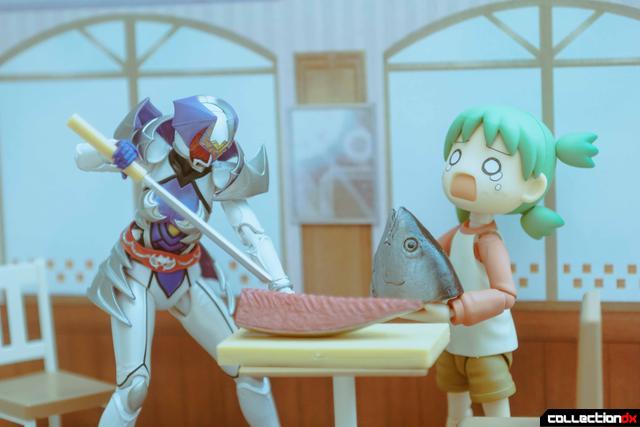 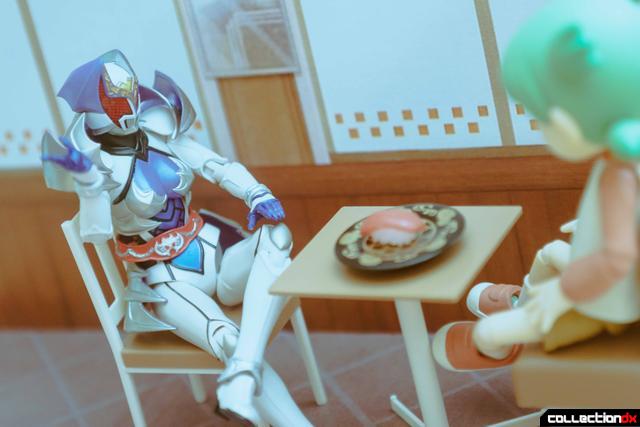