Sushi Squadron Shallyders is a new toy line from TakaraTomy as part of their A.R.T.S. brand. Basically it's sushi that transform into robots and fight each other, and it's completely awesome.

This here is S-08 Temakizu Natto. The Temakizu appear to be the "Bad Guys" of Shallyder and are basically "Temaki (hand rolled)" sushi rolls that come with various fillings, hence the different colors. This one is filled with Natto, a sticky fermented bean paste that has a golden hue.

The package is a nice resealable clamshell which displays Natto in robot mode. 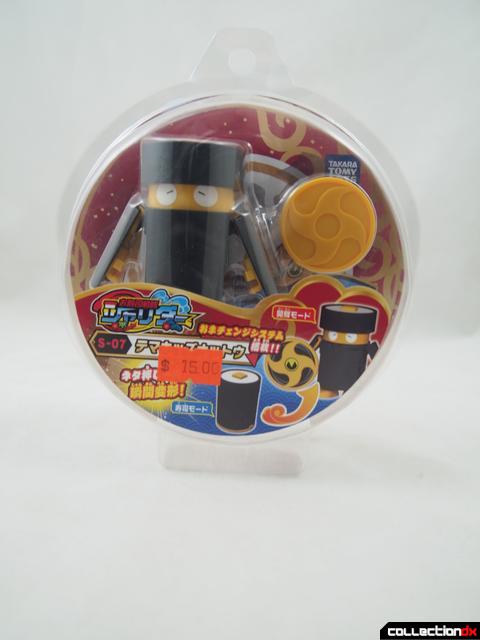 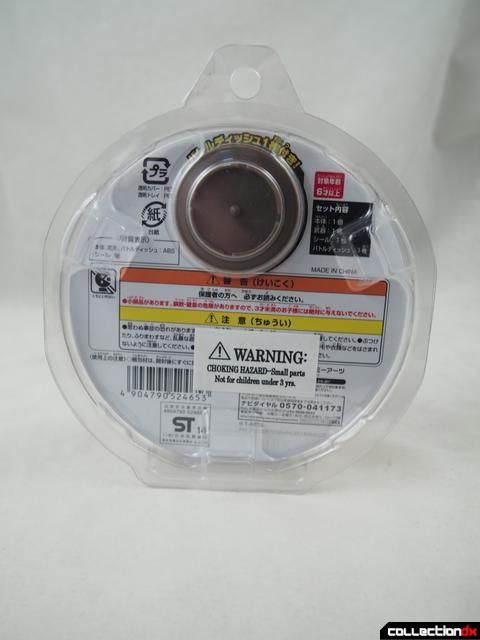 In Sushi roll mode Natto is only a few inches tall. Stickers are included, but only are applied to the plate on the bottom. 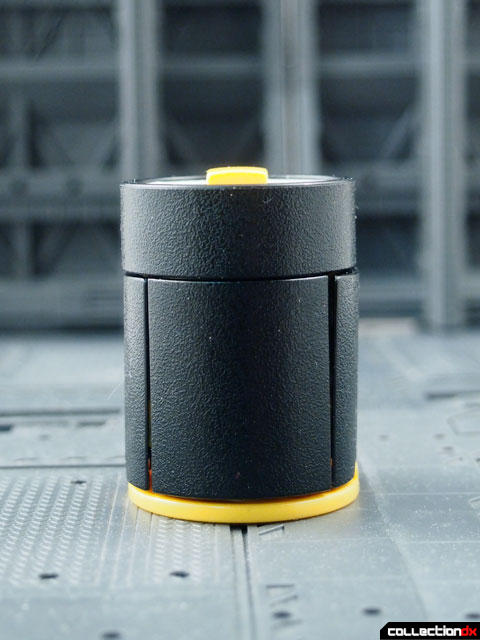 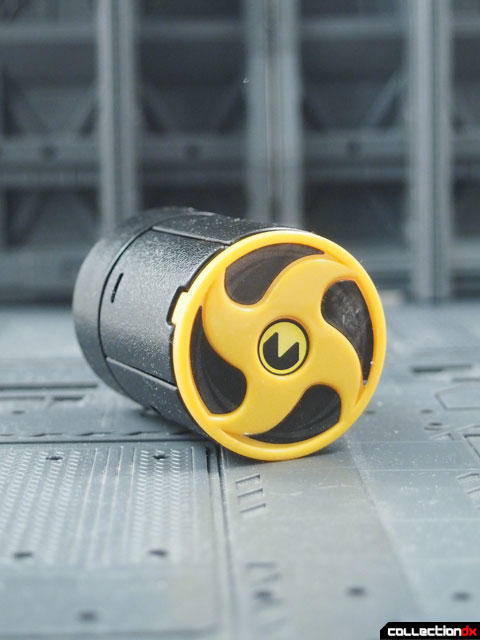 All Shallyder figures feature a one-touch spring action transformation. Simply touch the button on the top and he springs to life. 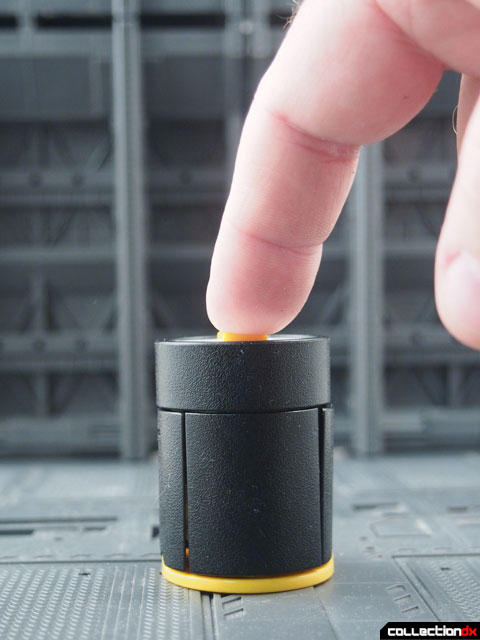 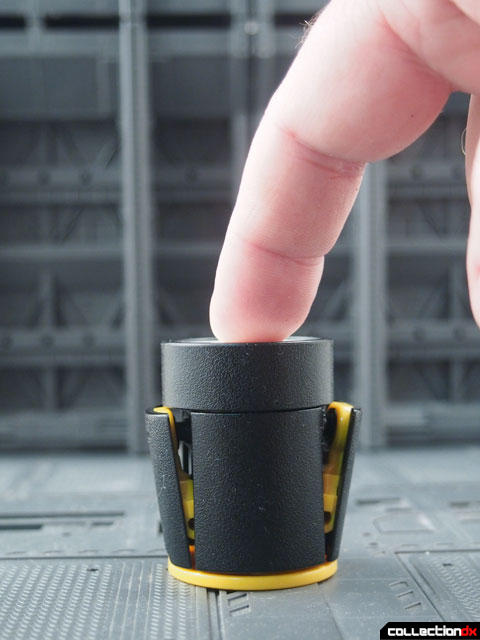 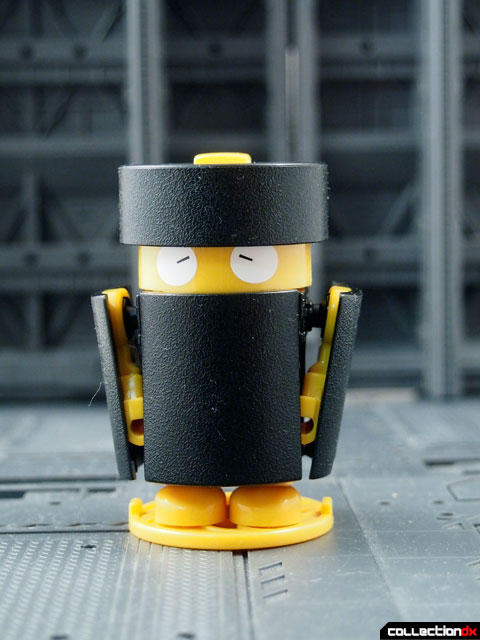 Natto is a cute little robot with a head that reminds me of VinC.E.N.T from the Black Hole. His articulation is limited to the arms which are on ball joints. 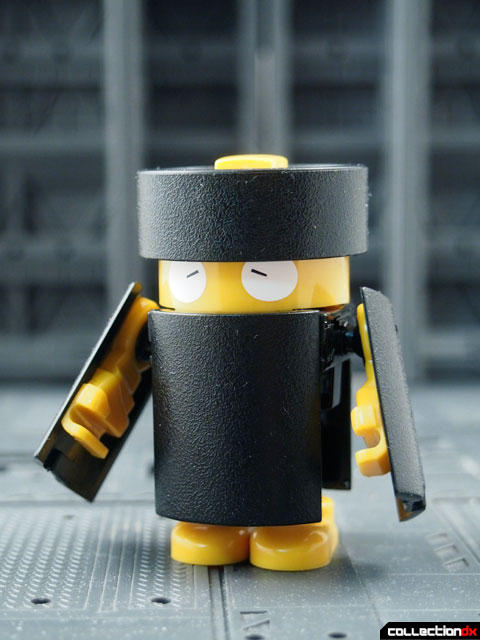 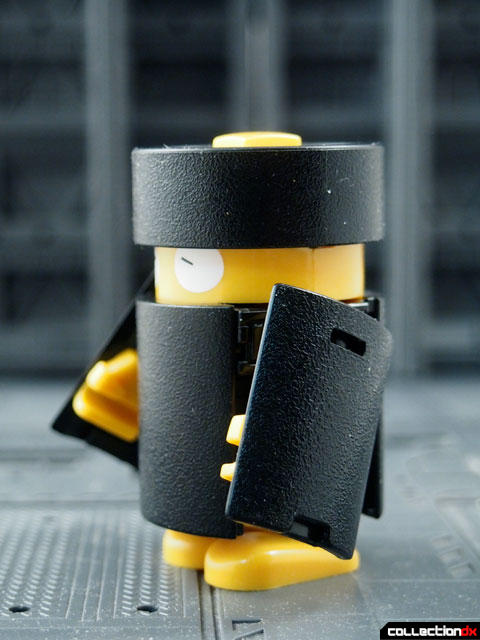 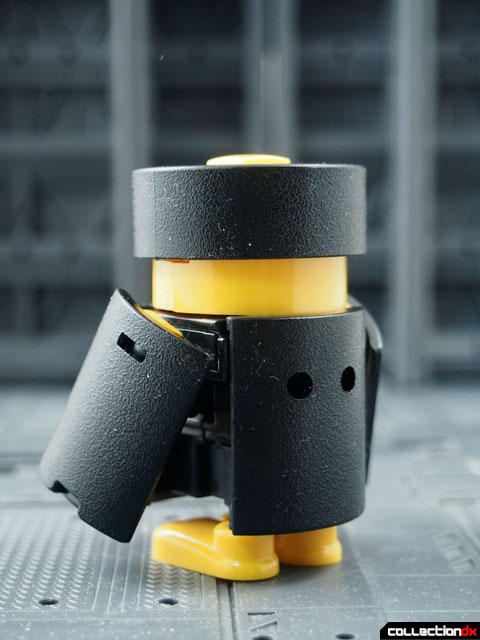 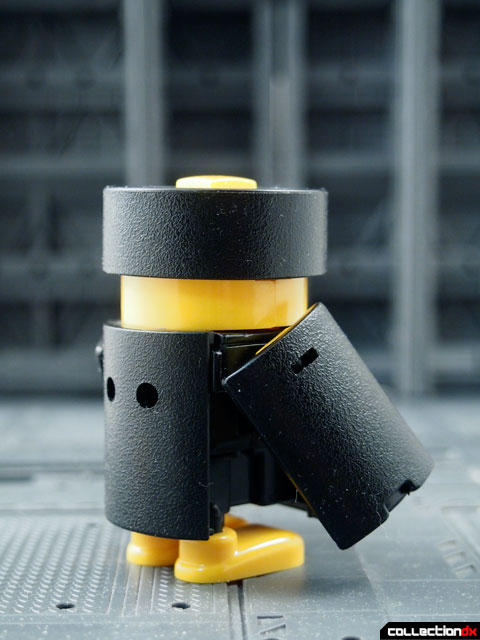 The disc on the bottom of the sushi roll becomes a shield which can be pegged into either hand. 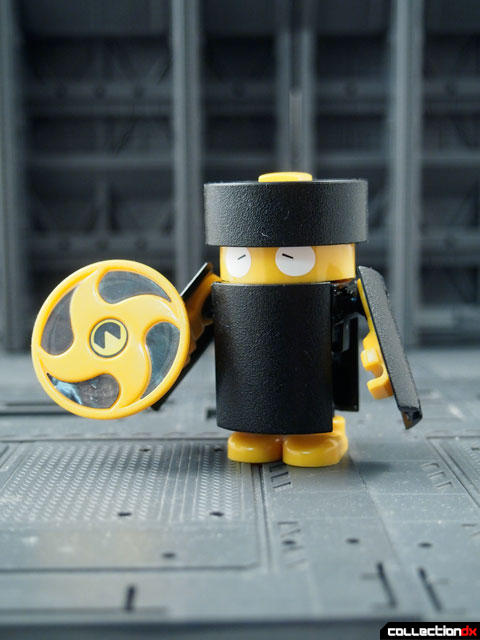 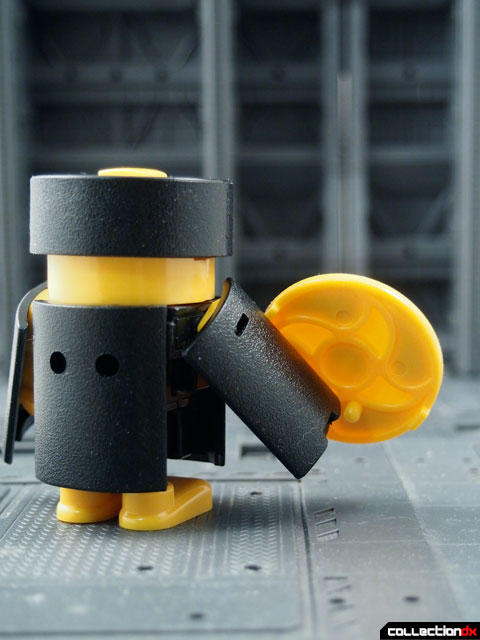 The feet feature holes that peg into spots on the various vehicles. 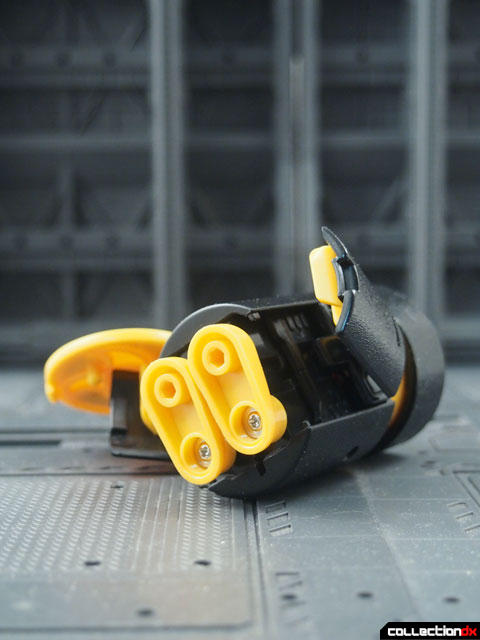 Also included is some sort of game disc that i'm sure nobody will ever play with. It would have been cool if this doubled as some sort of accessory for the figure, but sadly it does not. 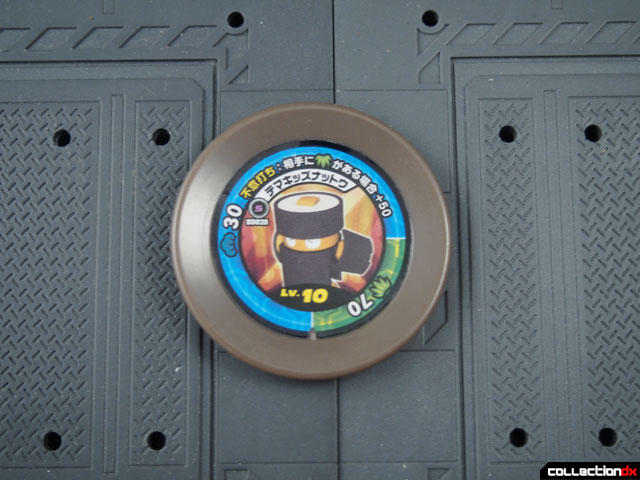 Natto is cool on his own, but he really shines when used with his vehicle, the Reconnaissance boat Owan. 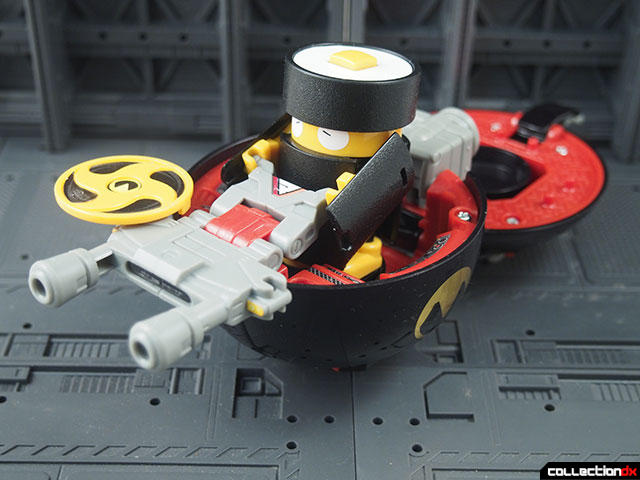 2 comments posted
I think temakizu is the

I think temakizu might be pormanteau of temaki and kids since they seem to be the generic enemy grunts in the show. With the discs, I think you pinch them with your index finger and thumb to launch them on a flat surface. There seems to be rules but they are all in japanese.

This particular one looks neat but it's not available at the moment.