Tacit Ronin is a Jager from the movie Pacific Rim. However, if you don't remember him, you are not alone. Tacit Ronin has a blink-and-you-miss-it appearance in the opening montage of the film. He's Japan's first Jager, and he was destroyed early on in the conflict with the Kaiju.

NECA, having burned through the main mecha of Pacific Rim, turned their attention on the lesser-known robots in the series, with some great results.

Tacit Ronin is part of series 4 of Pacific Rim figures. The figure comes on a sealed plastic clamshell case that must be destroyed to be opened.

The figure looks great, with no quality control issues. There's plenty of articulation but the overall design of the character limits what you can do with it. 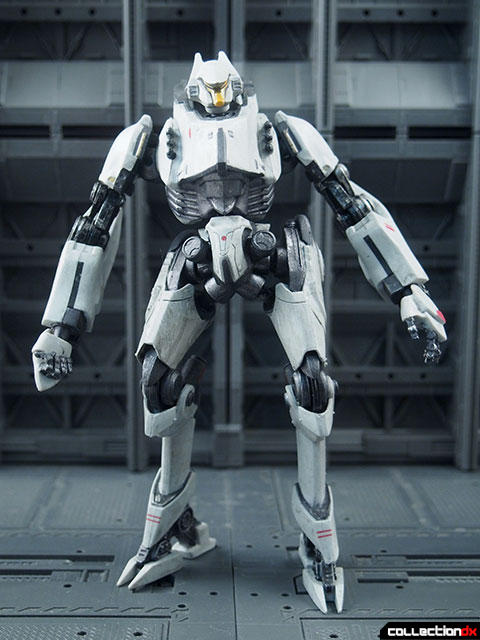 Paint and detail are great all around. 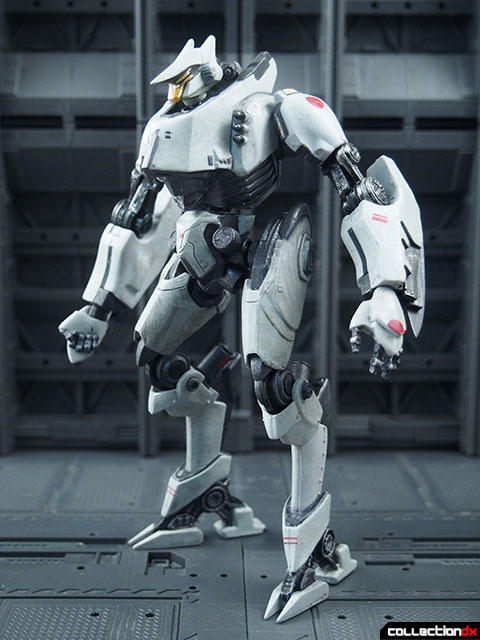 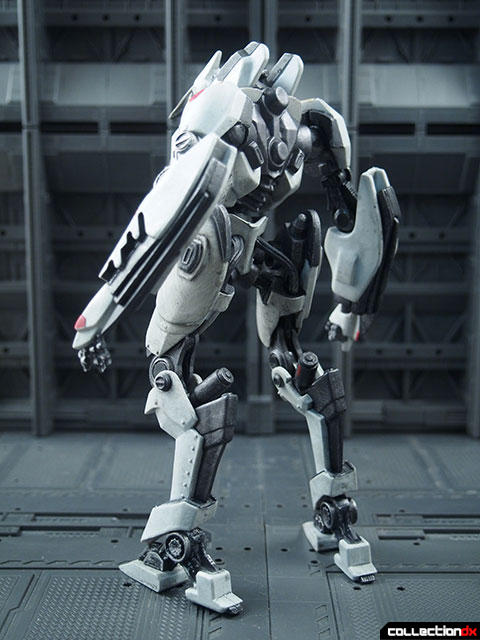 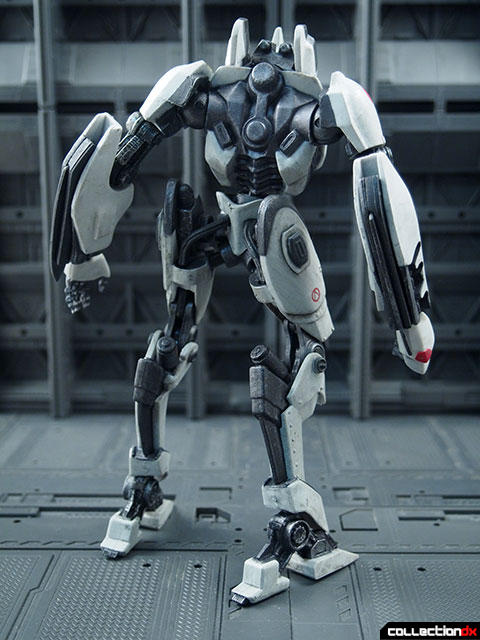 One of the first issues is the unique hip system. Instead of a standard ball joint, this figure utilizes two dual ball joints on each side. This severely limits the range of motion. It's not NECA's fault, that's just how he was designed. In this case maybe they can be faulted for being too accurate to the source material. 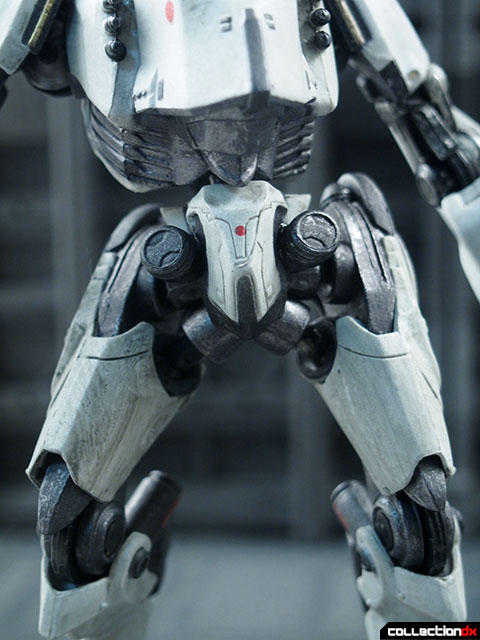 The head is reminiscent of the Tsugumori from Knights of Sidonia. The angular head looks great but has a limited range of movement. 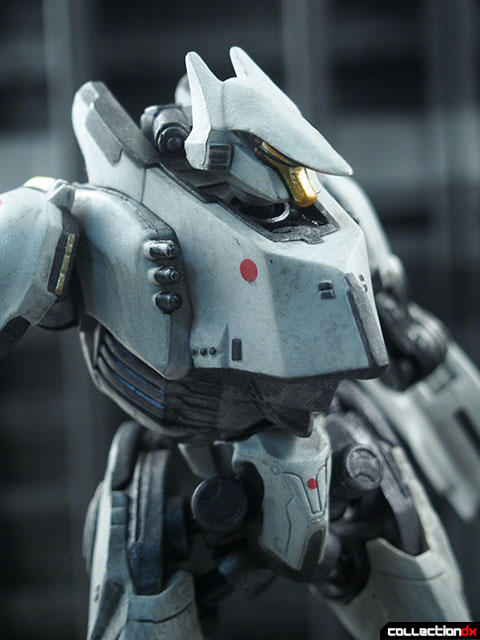 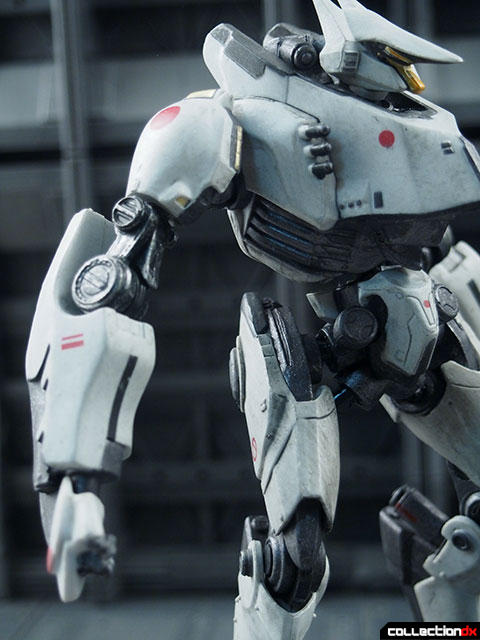 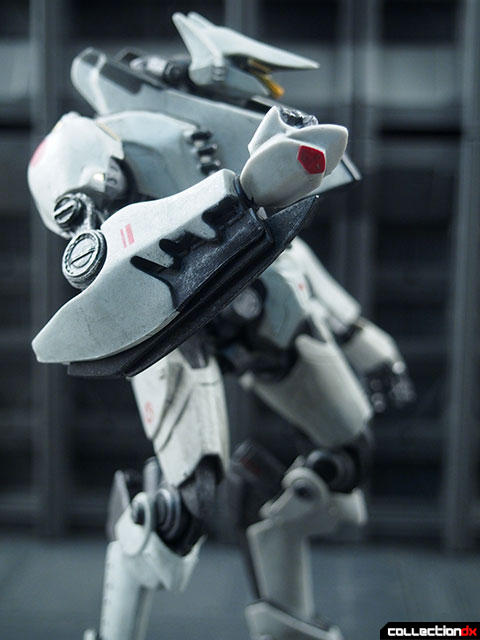 The blades on each arm extend out of two extendable sections. These stay in place with friction and the fit is not very precise. 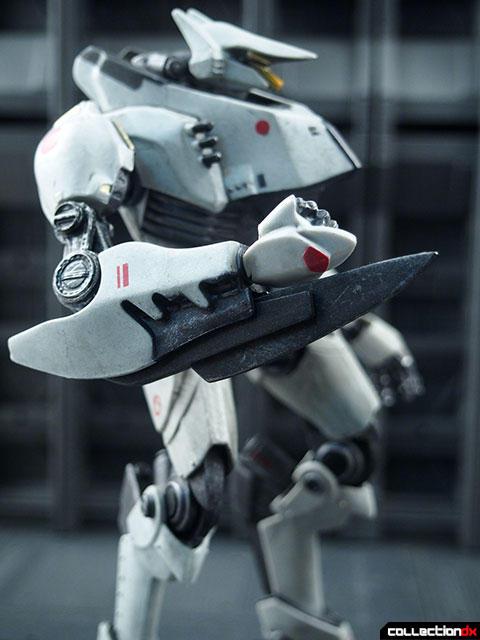 You would think that Japan's first Jager would be the end result of years of cool-looking robots, but Tacit Ronin is decidedly reserved and understated. It's a rather plain looking mech to come out of the land that practically invented giant robots. 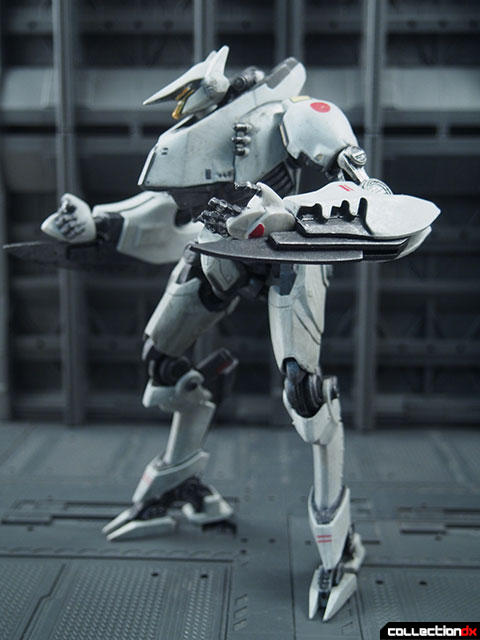 I'm glad to report though that this particular toy has no quality issues, showing maybe NECA is finally getting their act together. 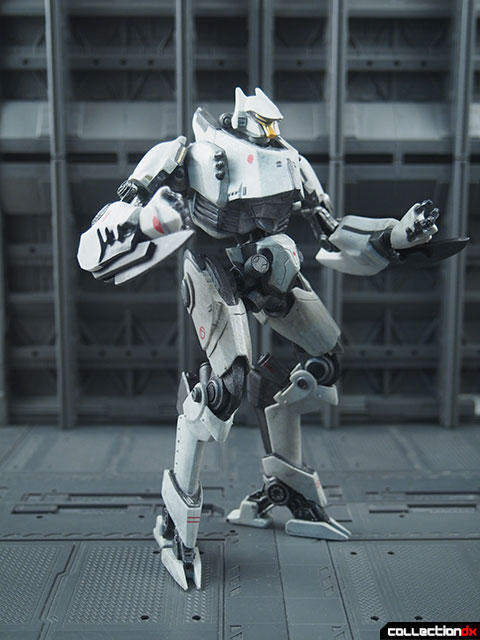