Sushi for a Special Day

Part six of Sushi-go-round is “Today is Payday!” (kyo wa kyuryobi) or Sushi for a Special Day. This set focuses on some of the more luxurious foods that someone might order after just being paid. 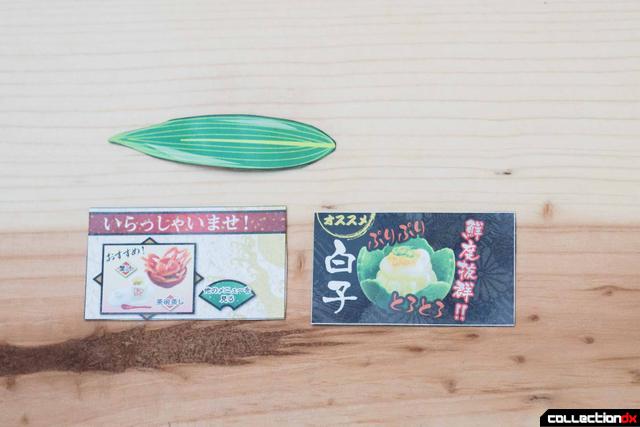 The cutouts in this set include two screen inserts and a leaf. 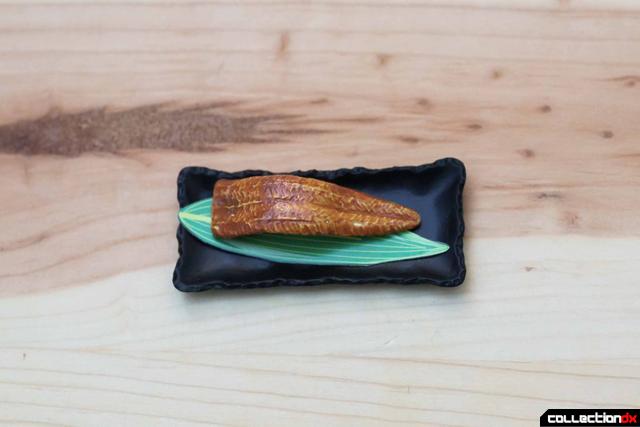 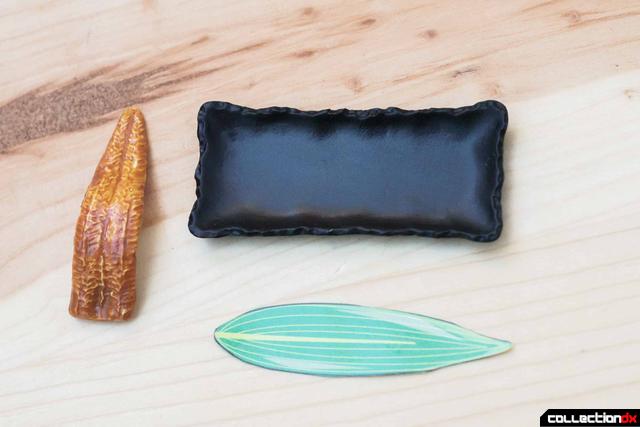 My favorite item in the set is the Anago Sushi (Conger Eel). The Anago comes on a large rectangular plate and is set on some type of leaf. 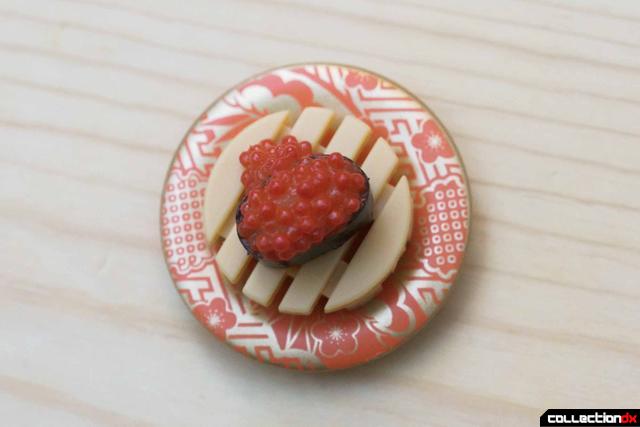 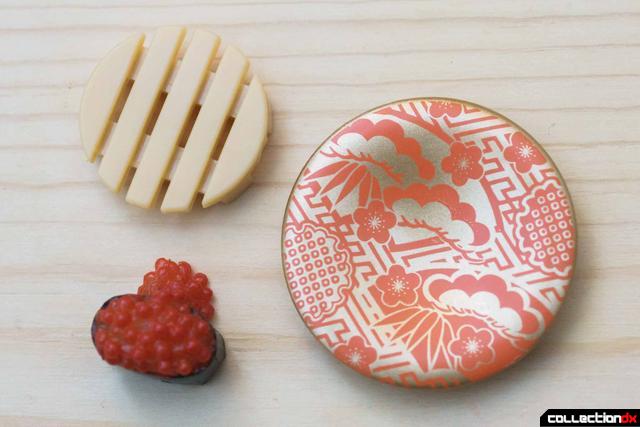 The Ikura Gunkan (Salmon Roe) comes on a small wooden riser is named after its resemblance to a battleship. 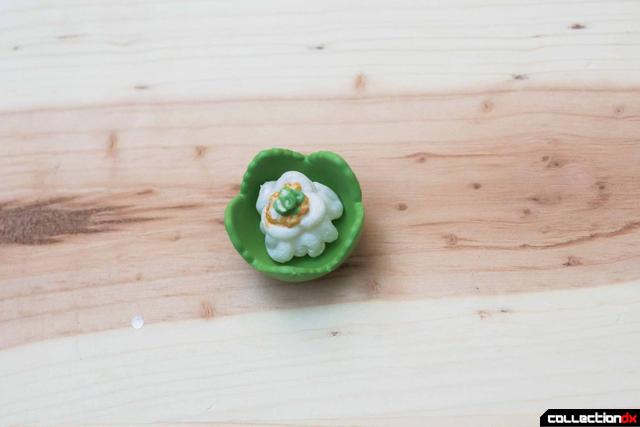 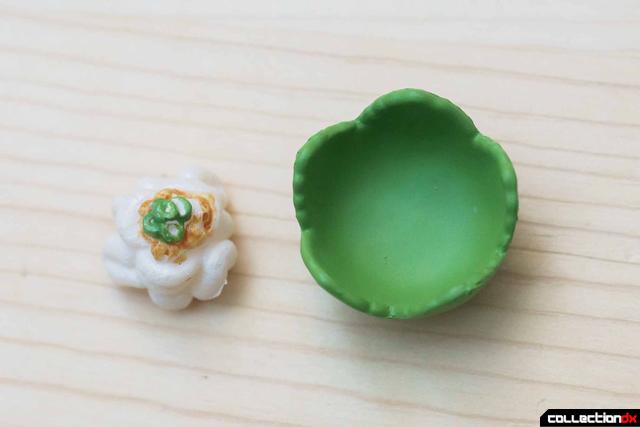 Shirako, or also known as milt, is something you probably don’t want to know. You can look it up yourself but it’s probably the most adventurous thing in the set. 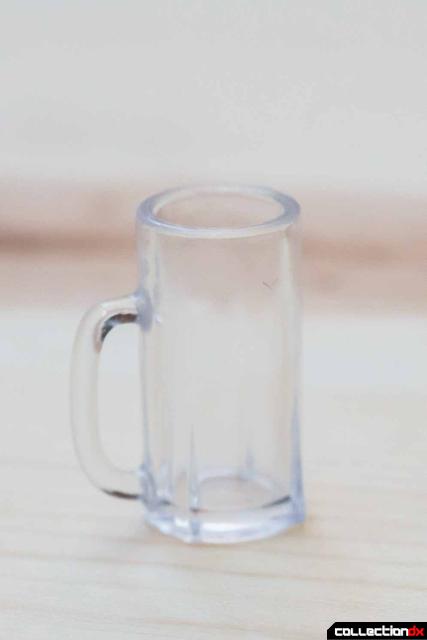 Between taking pictures, so I somehow lost the beer part of the mug. It’s large but fits pretty well with 1/12 characters and can be held be a Figma pretty easily. 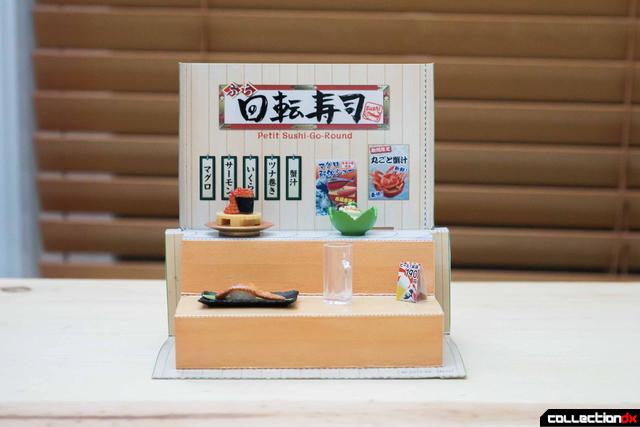 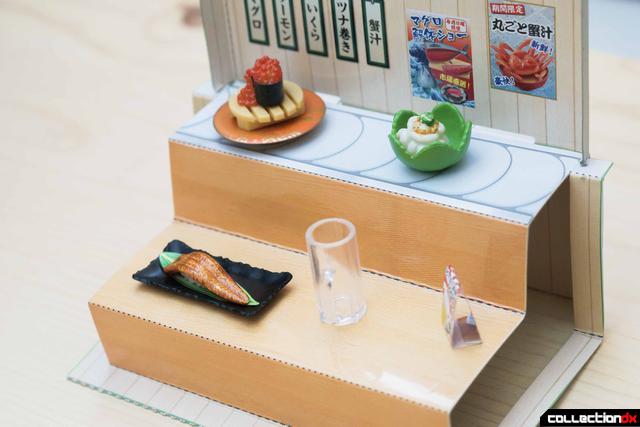 Sushi for a Special Day is another great set and includes my favorite type of sushi (Anago) and one of the strangest things in the entire box. I still recommend grabbing the entire box, but it’s still a good standalone set. 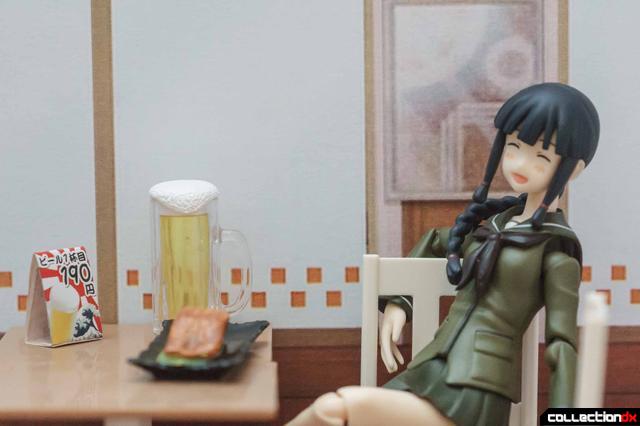 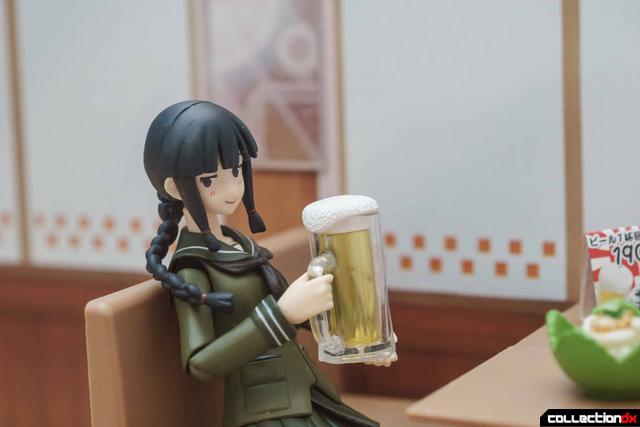 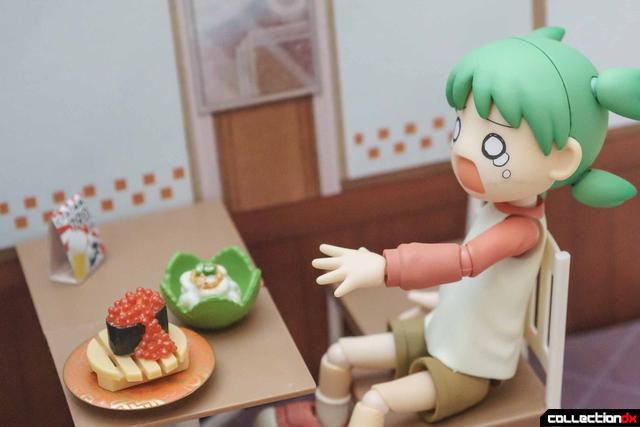 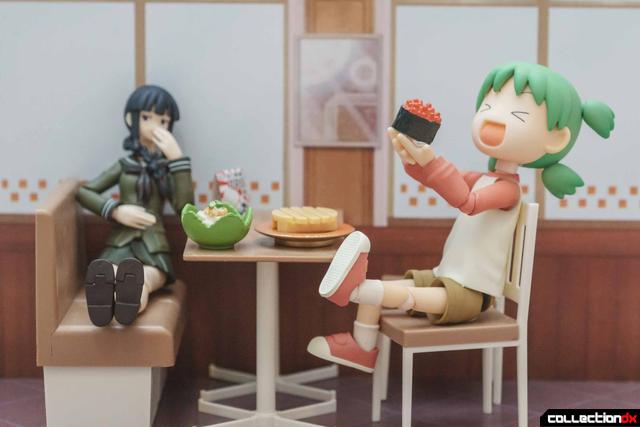 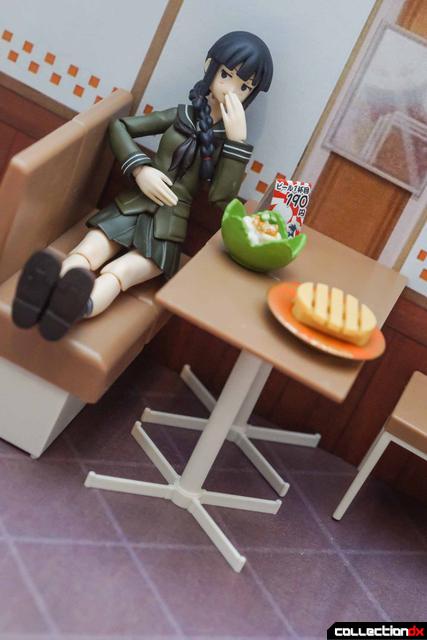 You found the beer!

I looked up the shirako. Oops.

the pictures were taken out of order so sadly it's still lost. Its probably going to be months before I find it again, if I ever even find it.