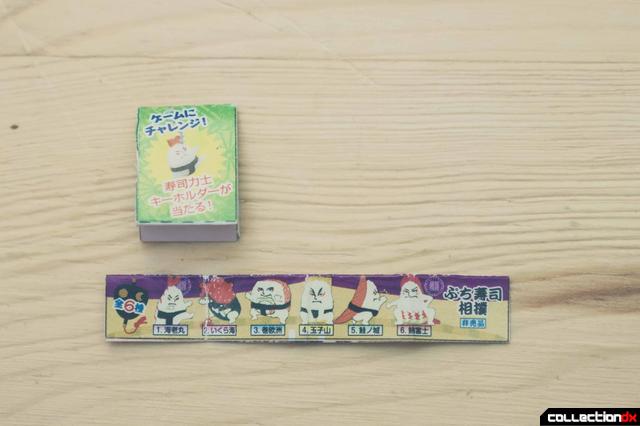 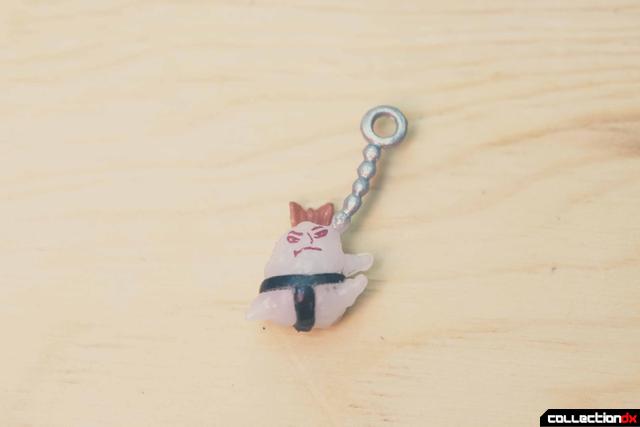 I somehow lost the screen insert for the cutouts rearranging my desk, but the other two cut outs are a table tent advertising Sushi themed Sumo figures and a mini gashapon catalog feature the full lineup of Sushi Sumo figures. The included figure is a Shrimp Nigiri Sumo keychain figure. I would love for this to be an actual line of figures I could buy. 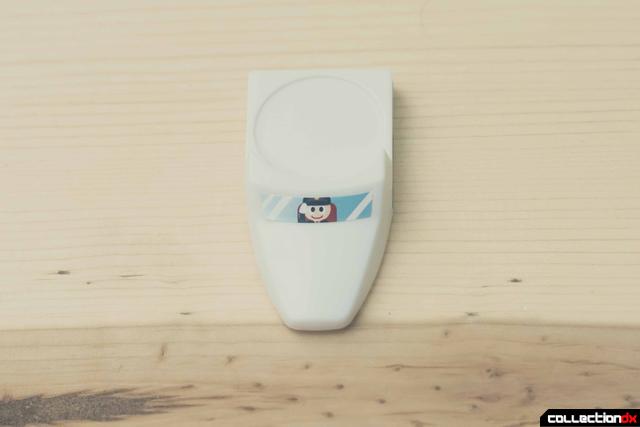 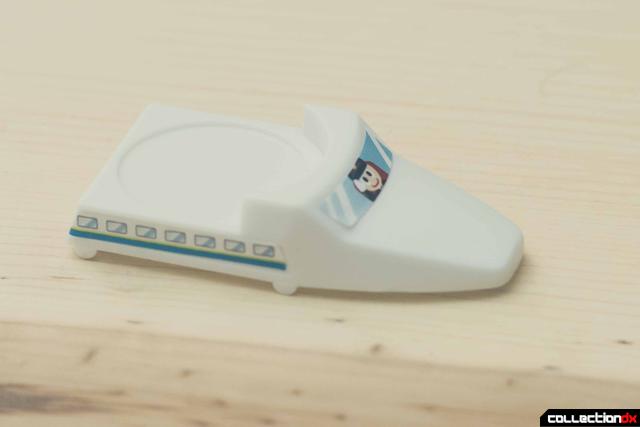 The biggest piece in the set is the Shinkansen (bullet train) tray. It’s probably closer to 1/10 or 1/12 scale and fits any of the standard Sushi plates. 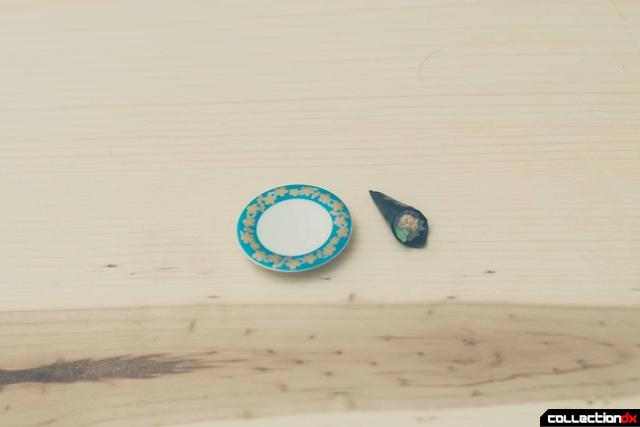 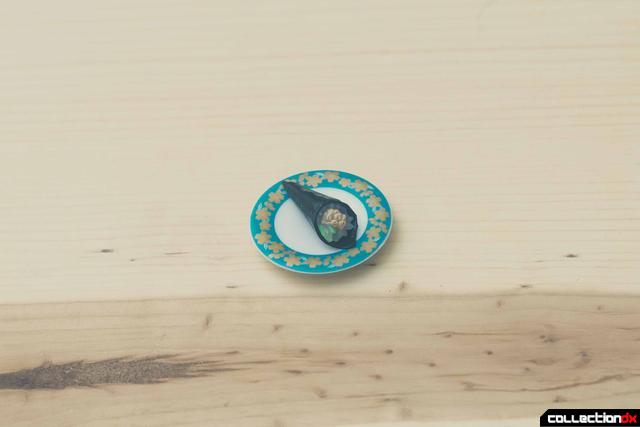 The first of two Sushi dishes is Temakizushi or hand rolled sushi with cucumber and tuna fish. 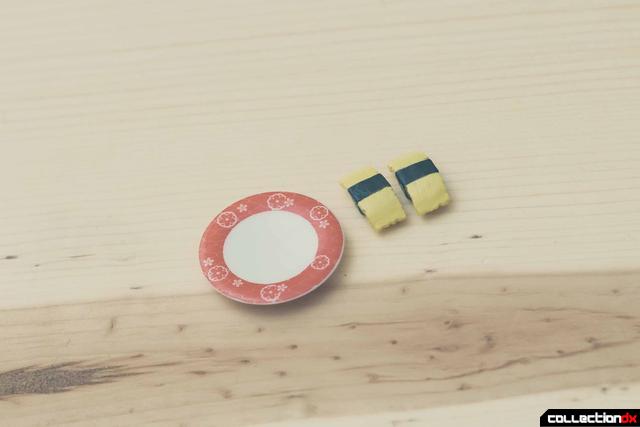 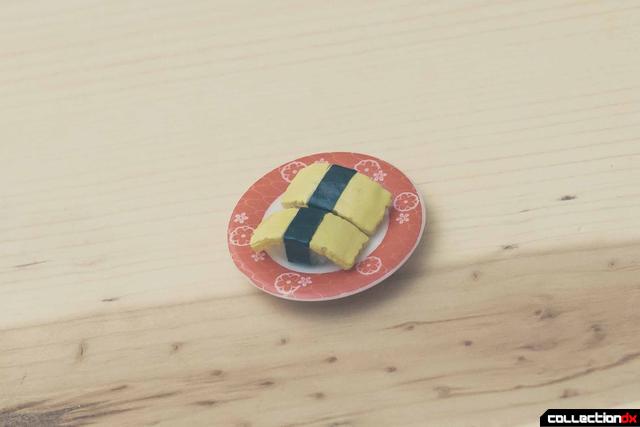 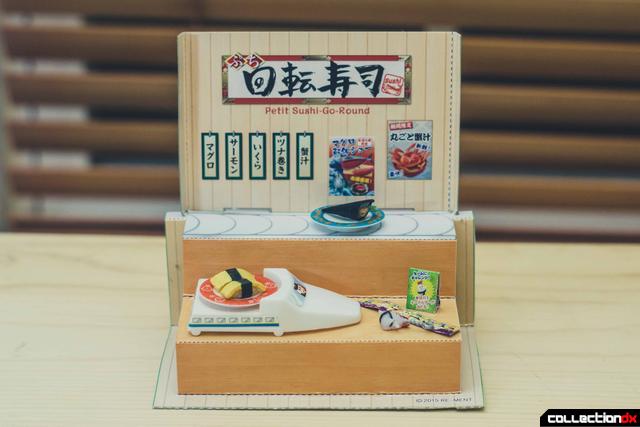 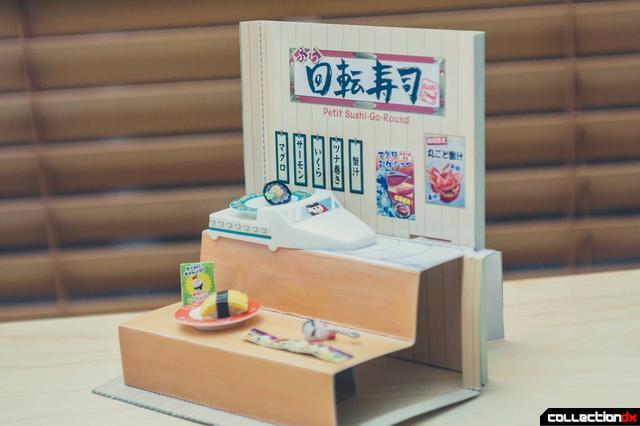 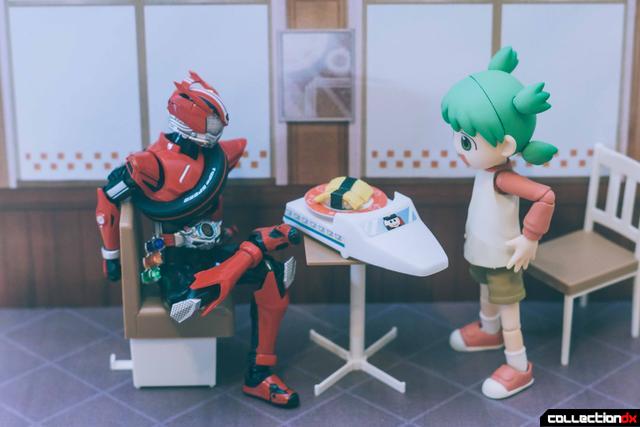 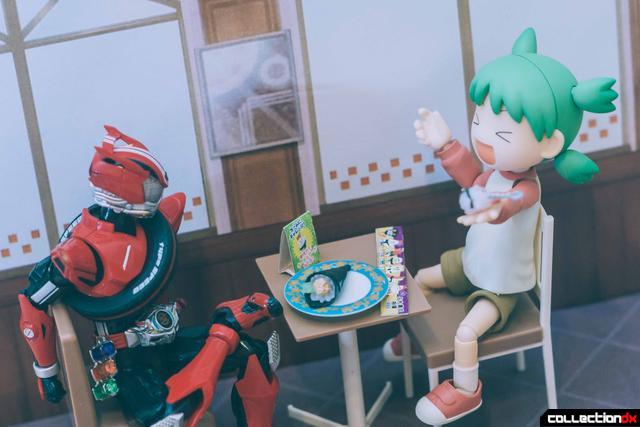 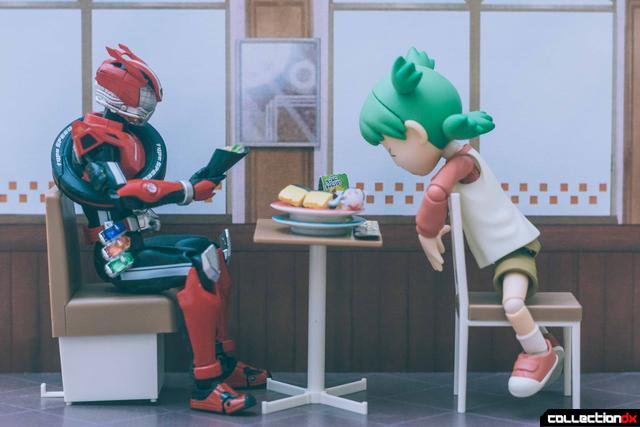 There isn’t too much to say about Sushi for Kids that I haven’t said about previous re-ment sets. It’s another great set at a great price. Of the three so far, this is probably the best set as a standalone though you should still buy the whole case.