Part five of Petit Sushi-go-round is “Detour on the way home from School” (Gakko kaeri ni yorimichi) or Sushi after School. I guess this set focuses on simpler foods one would expect a student without much disposable income to spend to buy as a quick afternoon snack and finally includes the touch screen ordering device for all the screen inserts. 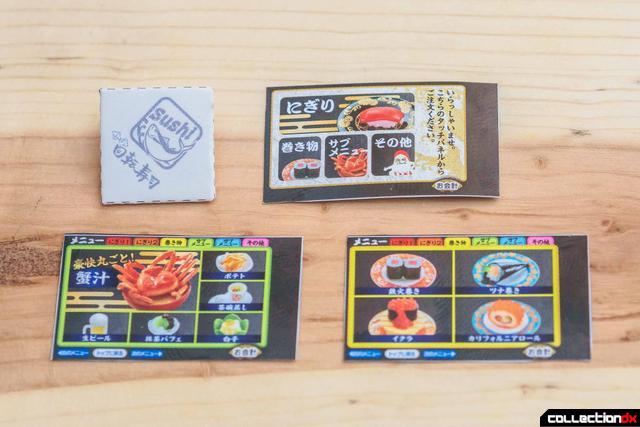 There are 3 screen inserts included this time along with a folded napkin. The screens seem to be menus for all the actual pieces included in the series, though a few are from the remaining unopened sets. 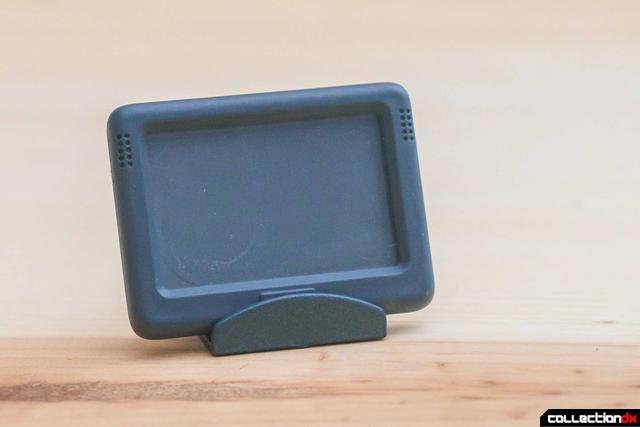 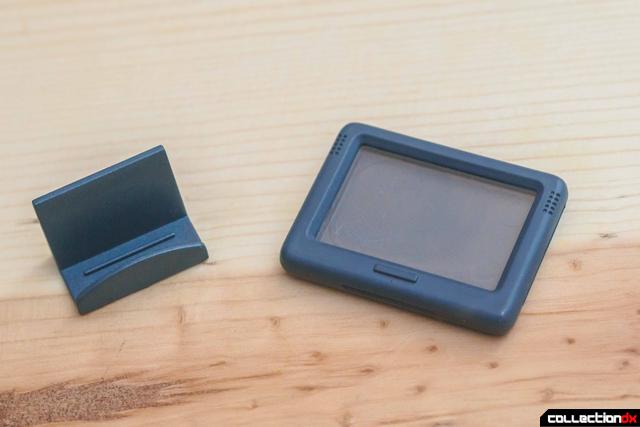 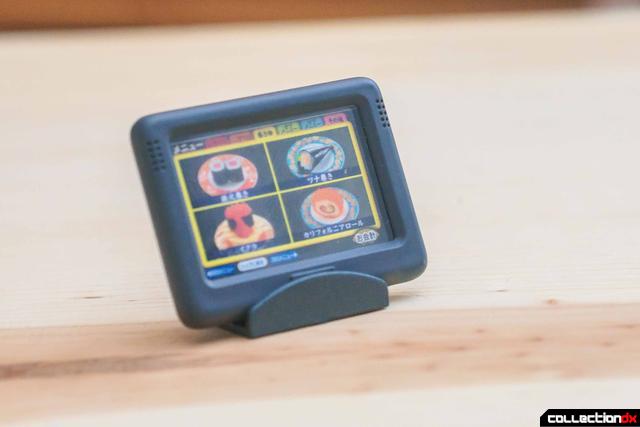 The largest and most important piece of the set is the ordering device. It seems to be some kind of touchscreen tablet and dock. There is a slot on the side to insert the screens which need to be cut pretty precise to fit. Any bit of paper outside the lines will actually make it too large and must be trimmed to fit. 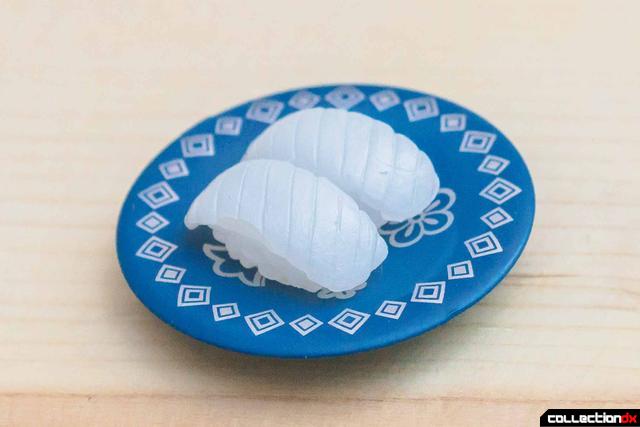 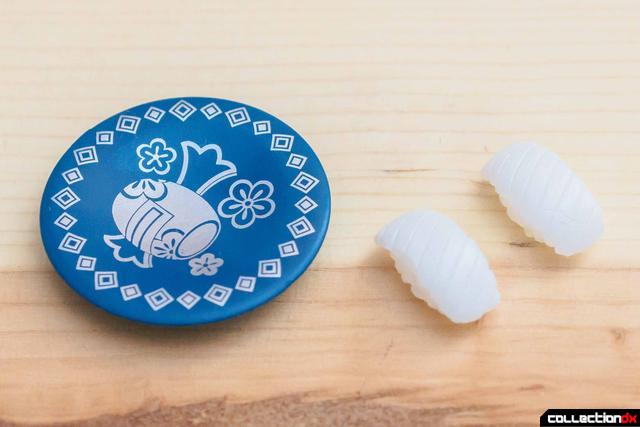 I’m actually not too sure on what this is supposed to be, but I think its squid (ika) sashimi. I honestly have no idea how much it usually costs, but it does seem like it would be a bit on the luxurious side for a quick afternoon snack. I forgot to mention this in the previous sets, but each plate has a different color/pattern to differentiate costs. 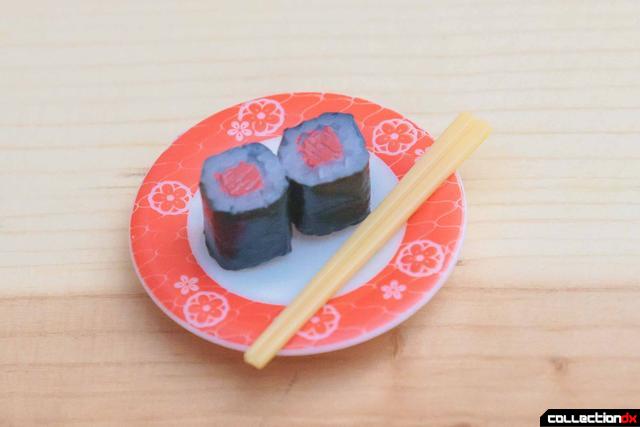 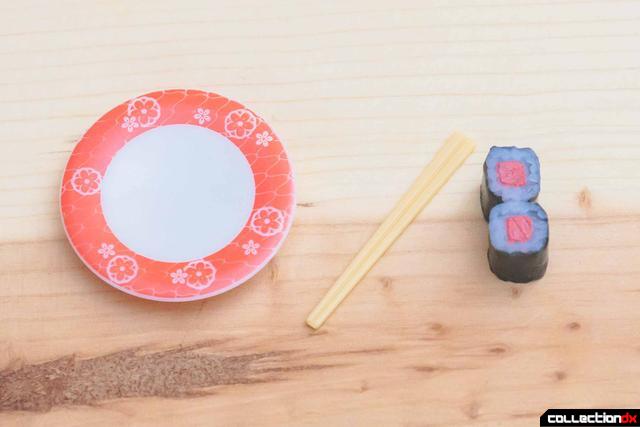 I think these are supposed to be salmon maki (sake) but the small size makes it a bit hard to tell from the color. It could just as well be Tuna, but it’s a something-maki. Another pair of chopsticks is included, which actually is probably putting me close to having more chopsticks than 1/12 figures. 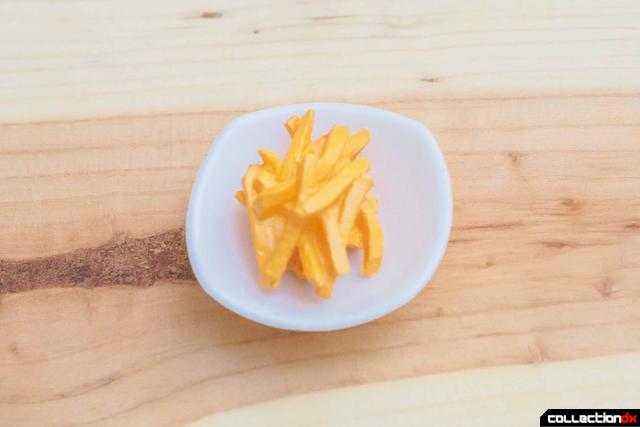 The last dish is a plate of fries, the most delicious food in the world. If you don’t agree, you are wrong. The fries are a separate piece from the bowl but I forgot to take a photo of it. 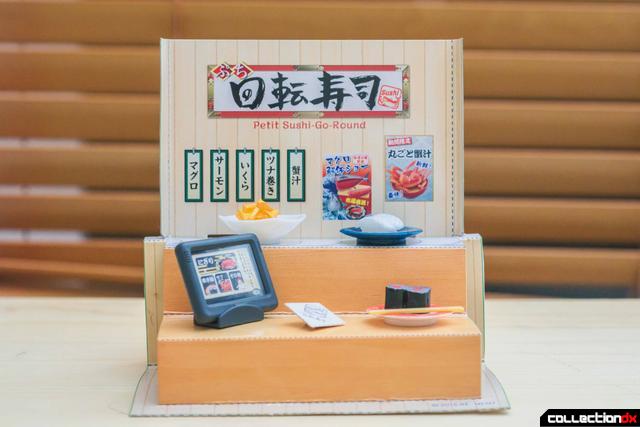 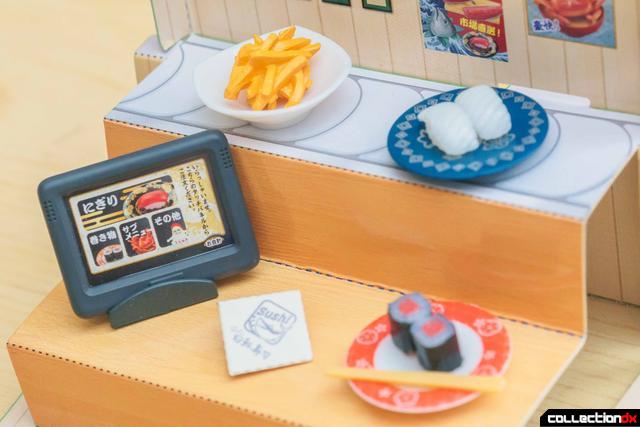 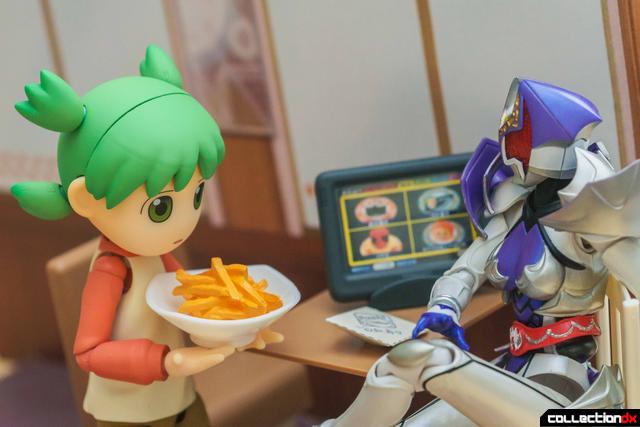 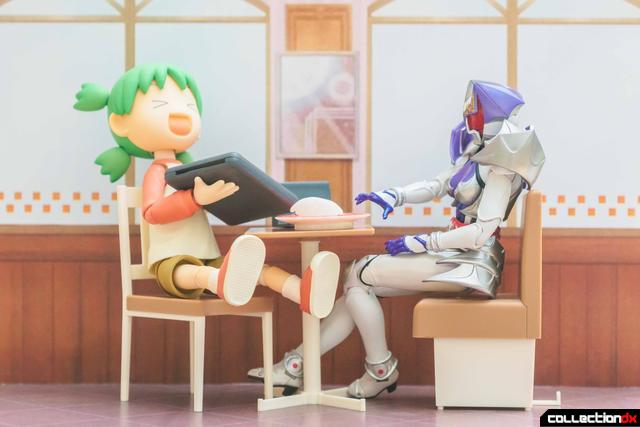 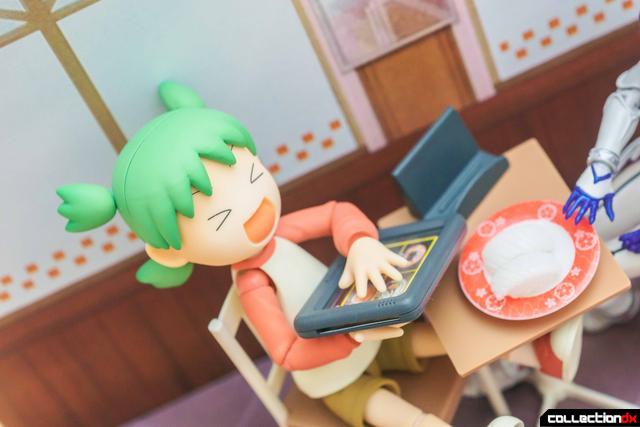 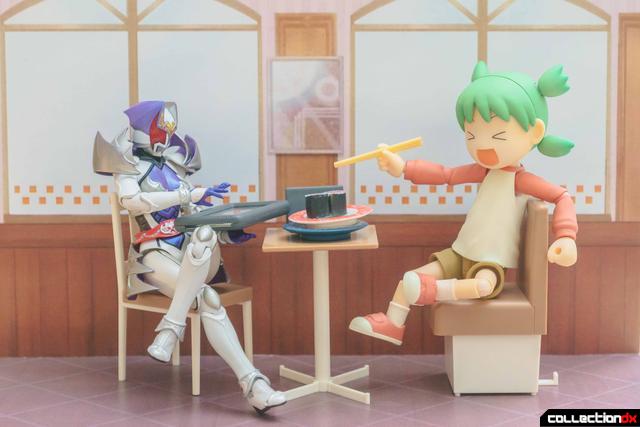 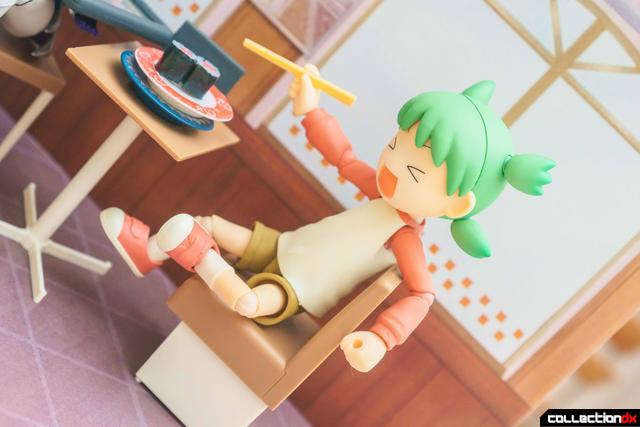 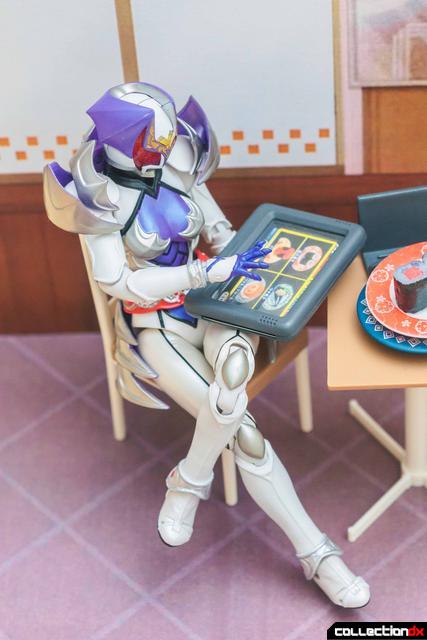 Sushi after School isn’t as great a standalone set compared to the previous ones, but it’s pretty important set; all the other sets in the series includes screens to be used with it so this is sort of a central set to all the others.

8 comments posted
That sushi could be red

That sushi could be red snapper, halibut, or sea bass. Any of those are white-fleshed fishes. If I had to guess, it would be halibut.

The knife cuts made on top of it give it away as squid. To answer Siningy's curiosity, at any given conveyor sushi place it wouldn't be any more expensive than the other 'standard' priced plates, which is usually about the 110 yen range.

Thanks for the clarification! I thought it was squid, but couldn't tell for sure. I figured it had a fancier plate so it would be more expensive, but i wasn't sure what order the plate color/designs went pricing wise.

I just love these reviews! Thanks for including Kivala for Figuarts scale comparisons. Also, I salute you for getting her into a proper sitting position given that skirt armor.

I thought about popping the skirt off but I didn't want to break it. The old style hips actually help a bit as you can raise the legs a bit more so they can sit closer to the chair compared to the new bodies.

Is there any way to tell these apart? I picked up one today thinking I got the last one in the line, "my favorite foods", since the box said 8 on it. It turned out to be lady's favorites.

i believe if you look at a fresh case, left column is 1-4 from top to bott, right column is 5-8 top to bottom. There is no way to tell from just looking box unfortunately.