I enjoyed Gundam Build Fighters a whole lot. It's a silly, fun, lighthearted show that I enjoy for a lot of the same reason that I like SD Gundam as much as I do. And I guess it must have been pretty popular, between not only getting a second season, but also a figure in Assault Kingdom as well!

Given that Build Fighters is a show all about building Gunpla, it feels a little weird owning a toy from it that's not a Gunpla. But I don't mind that since I do like the Star Build Strike Gundam a good bit. 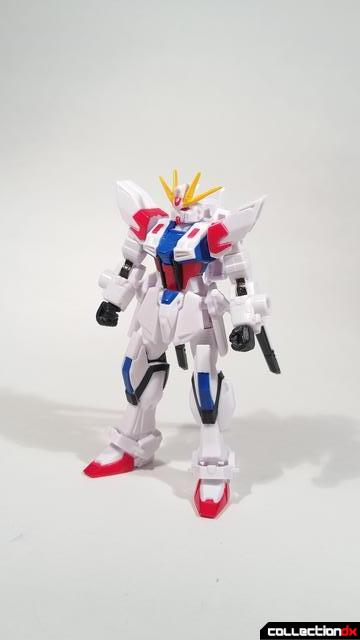 The first thing I noticed was just how glossy all of the paint on the figure was, and also just however much paint there was! This figure is made of entirely white plastic. Any extra color you're seeing is from the paint. That's pretty awesome right there. 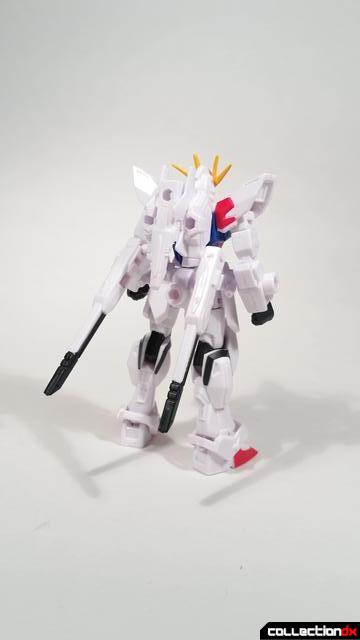 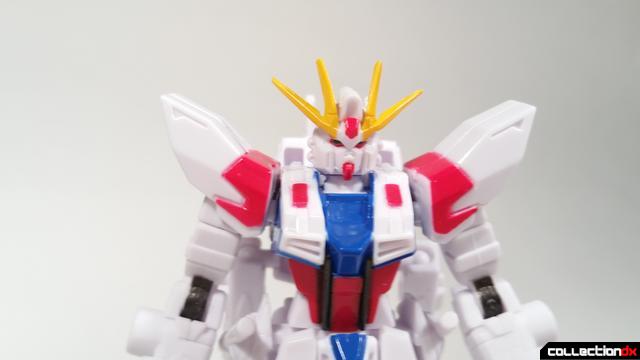 Build Strike's articulation is good, as is the usual for Assault Kingdom. One interesting change though is that the waist swivel is no longer a ball joint, but just a peg. 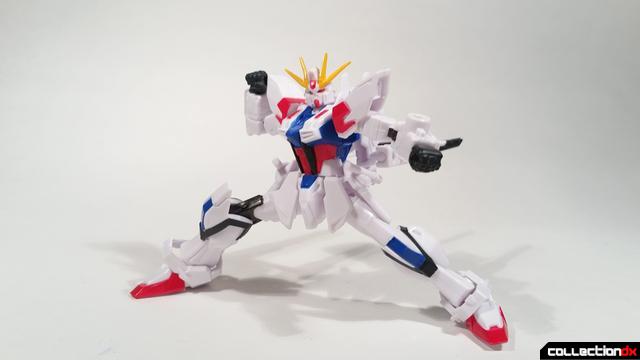 In addition to its Universal Booster backpack, the Build Strike has its beam rifle and shield. The shield is unpainted, but it doesn't annoy me as much just because of how much paint the rest of the figure received. 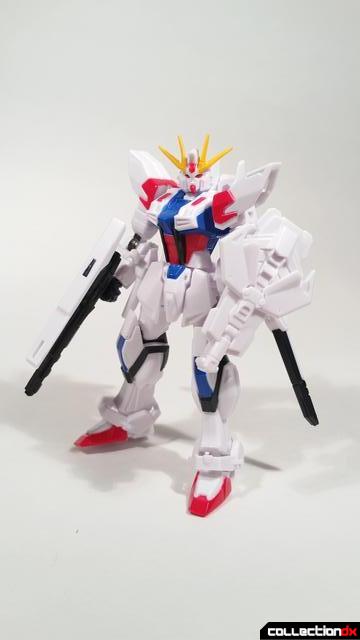 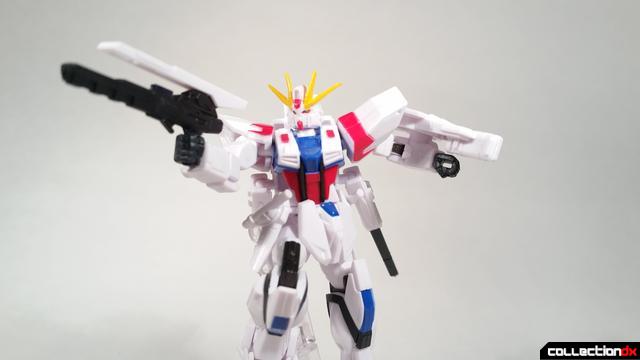 You can flip around the two extra beam cannons for some added firepower as well. 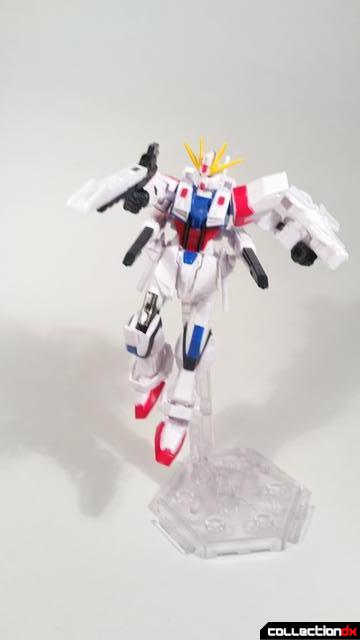 Also, a beam saber is also included. I'm glad that beam sabers have become as plentiful as they have in the line. 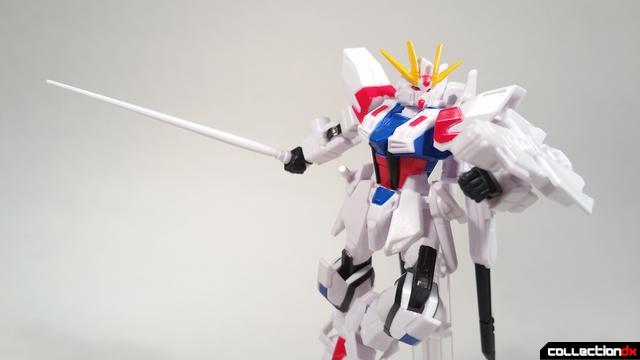 With the backpack removed, you just have an overall really fun little figure. 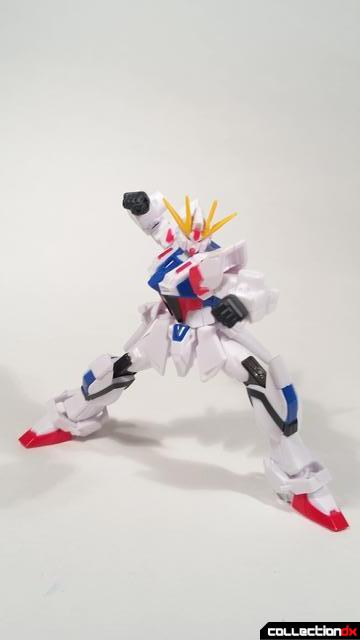 The Build Strike is a great self contained figure. It comes with plenty of display options and weapons to please almost anybody. It does a whole lot of everything, which is the exact opposite of the figure coming up next. 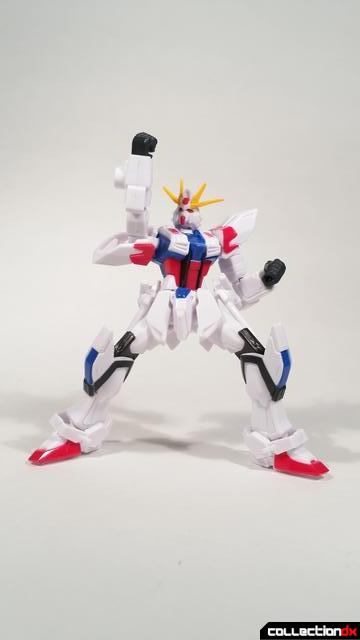 I think that's the ONLY toy from this series. Bandai has kept Build Fighters almost exclusively as Gunpla!

I always liked the Star Build Strike for turning the SEED first season poster mecha into something like the F91!

Yeah I'm pretty sure about that too, unless if they have a random gashapon that I'm not aware of.
I prefer the full package, but that's just me. I like wings on my Strike Gundams!