In the Pacific Rim universe, Romeo Blue is an early Mark-1 Jager, the second to be created by the Americans. It's notable for being the first Jager to be deployed against the Kaiju that would practically destroy Gipsy Danger in defending Miracle Mile.

As a toy, Romeo Blue is fantastic. NECA really nailed this release. It feels different from the other Jager releases - not only in quality, but the actual materials feel sturdier and the molding is much more sharp. 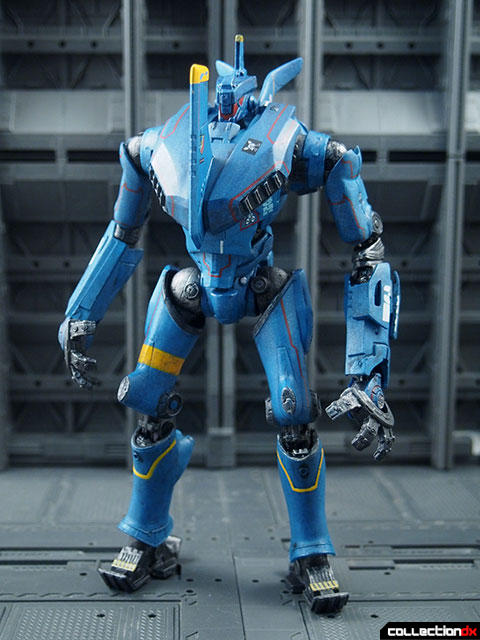 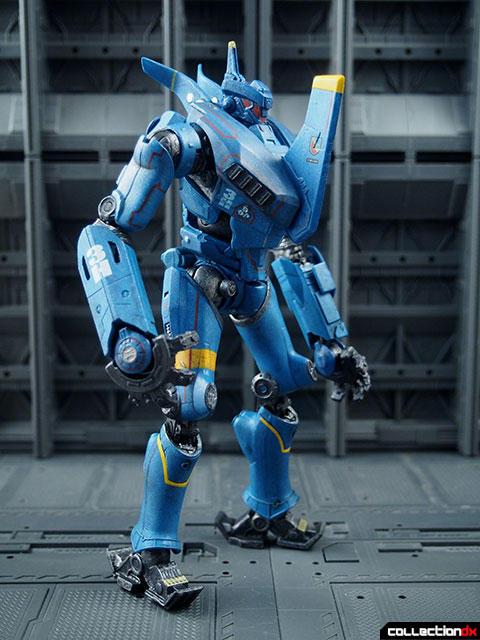 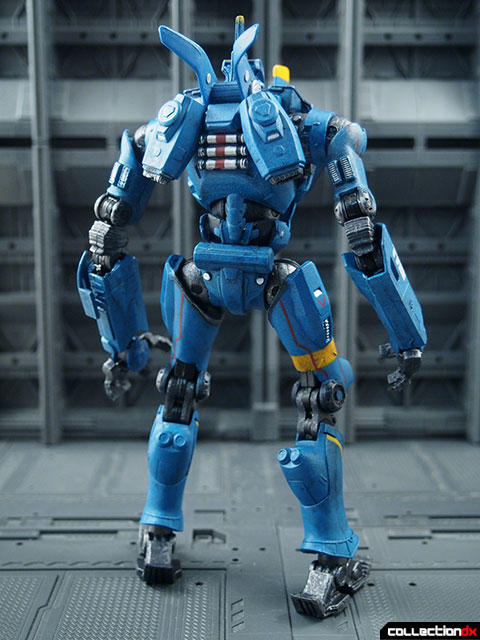 Romeo Blue's most distinctive feature is the large fin on the chest which is actually not a weapon, rather it's a defensive mechanism to protect the con pod. 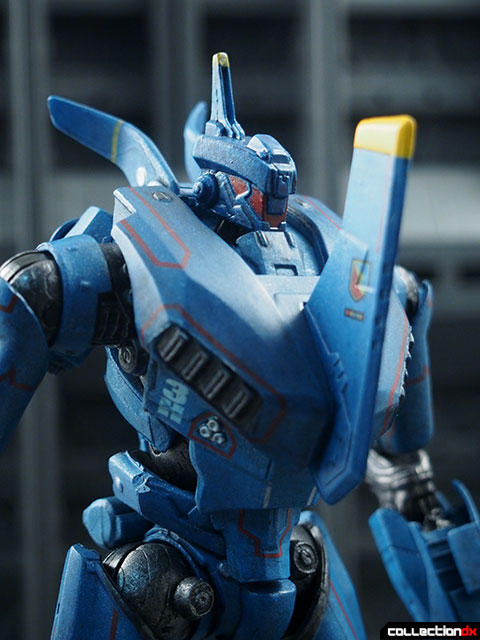 Sadly, among the glorious paint and detailing, mine has some paint scuffs on the tip. I'll just call this battle damage, I don't think it came from the factory this way. 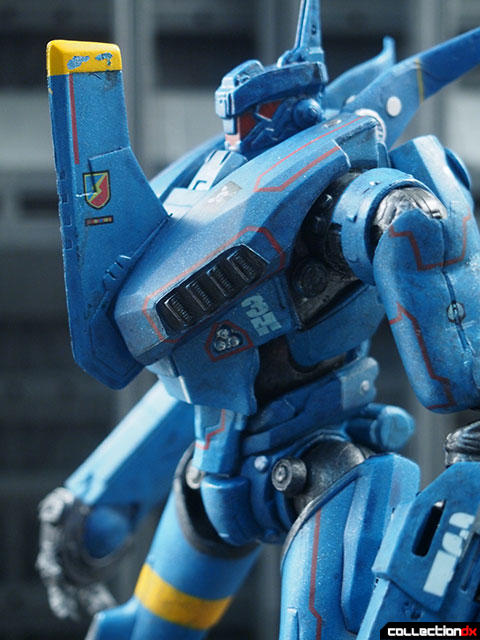 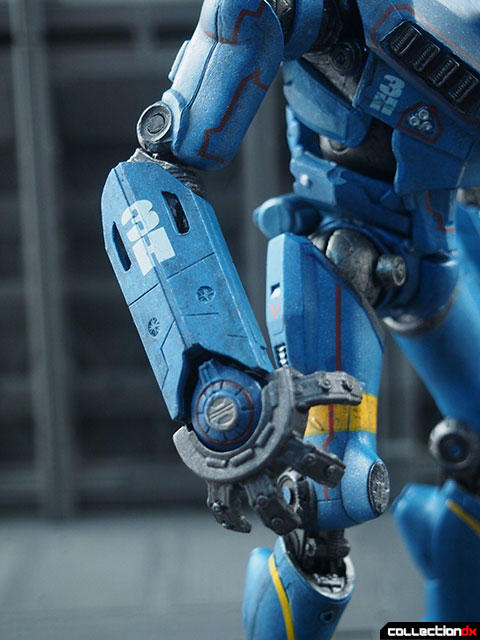 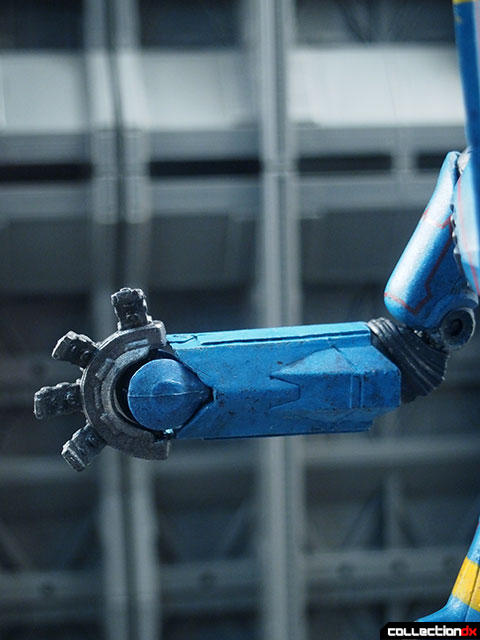 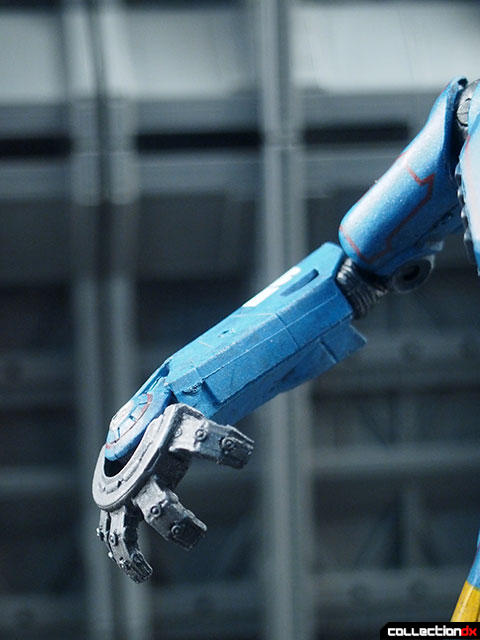 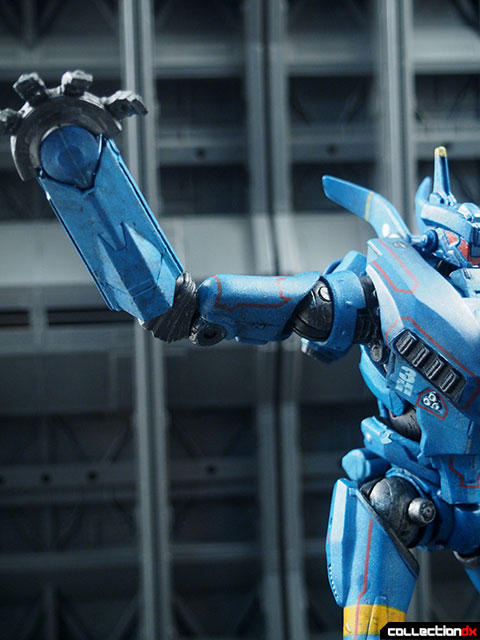 The left hand actually extends a little bit with some cool detail inside. However, the mechanism is not tight and the hand can slide out easily. 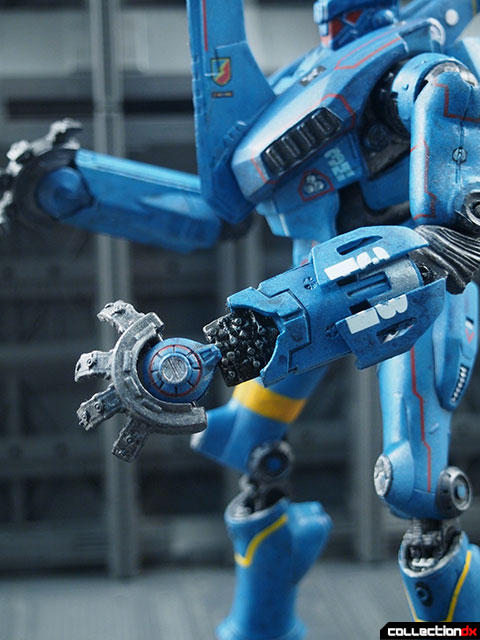 There's a great torso joint, and the legs are also super poseable. I think this is the first NECA Jager to pull off the Iron Man pose. (or reasonable proximity thereof) 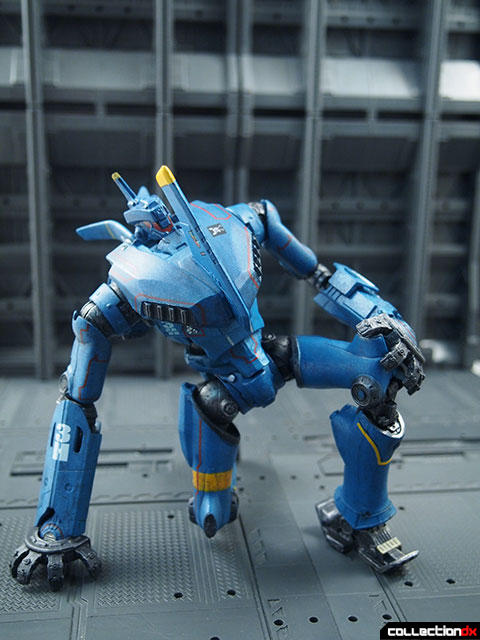 Check out the knee joints. 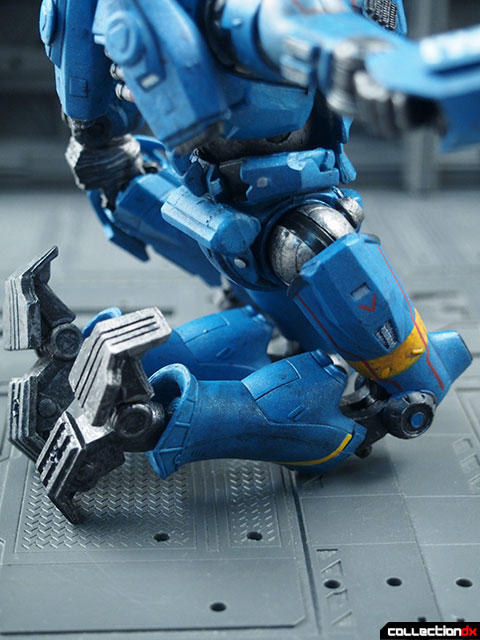 Probably the only drawback in the articulation is the lack of an ankle-rocker. Still, it looks great in both a dynamic pose... 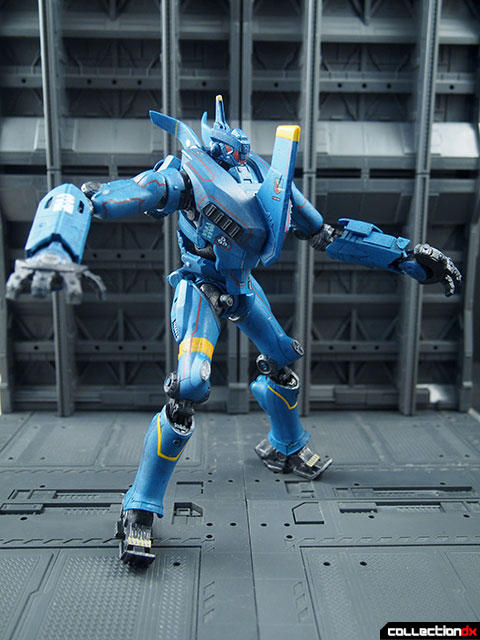 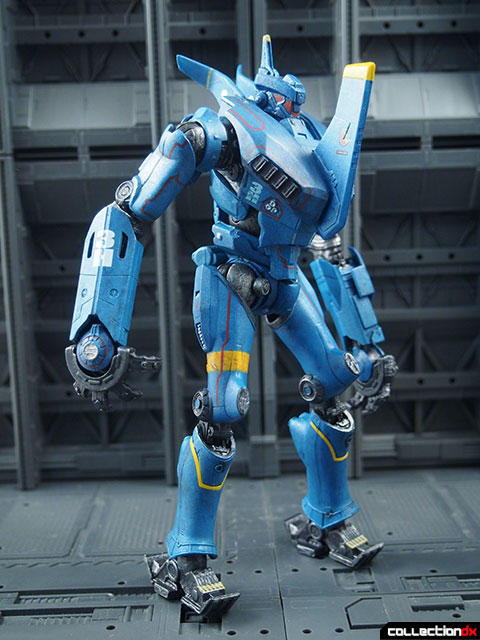