Almost four years after the release of the first Cup no Fuchiko series, Kitan Club’s massively popular line of gachapon and trading figures has literally changed the capsule toy market. With countless spin off lines, cross promotional merchandise and exclusives, Fuchiko has garnered the success that few other toy lines have managed to achieve. Regional exclusive have happened before in the Fuchiko series but last year saw the release of a rather ambitious line, the Gitouchi no Fuchiko (Regional Fuchiko) series, featuring 55 sets released throughout Japan. Each of these Kao Hame no Fuchiko (Photo Stand-ins) feature a Fuchiko figure hanging off an image of various local attractions throughout Japan. Exclusive to the region they feature, these are a bit harder to acquire than the normal Fuchiko exclusives but I was fortunate enough to at least acquire a few of these on a trip to Japan in February. 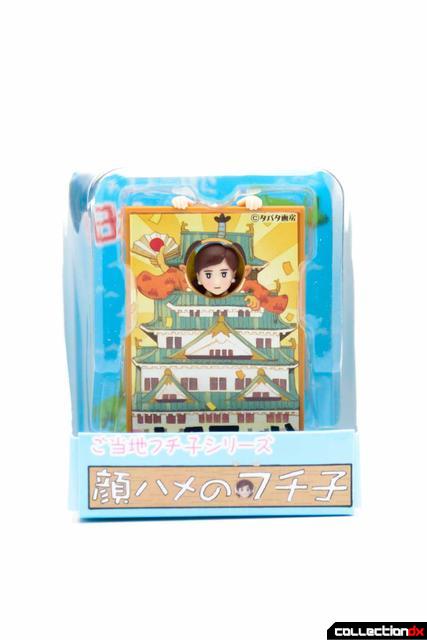 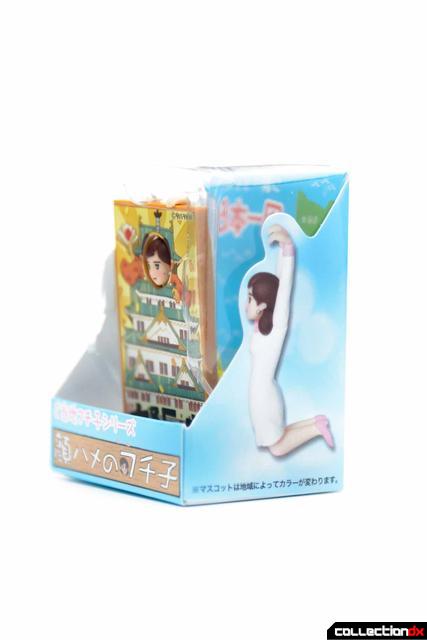 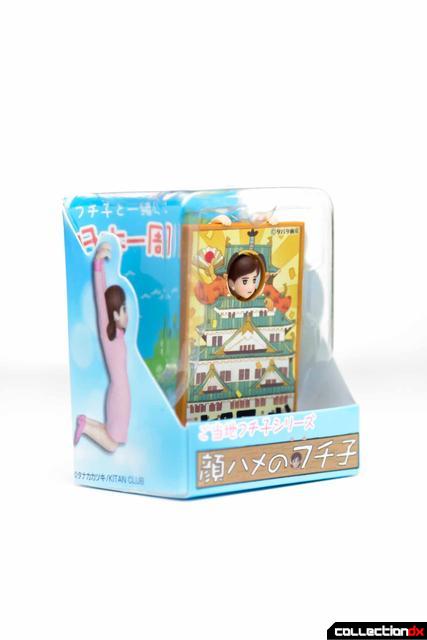 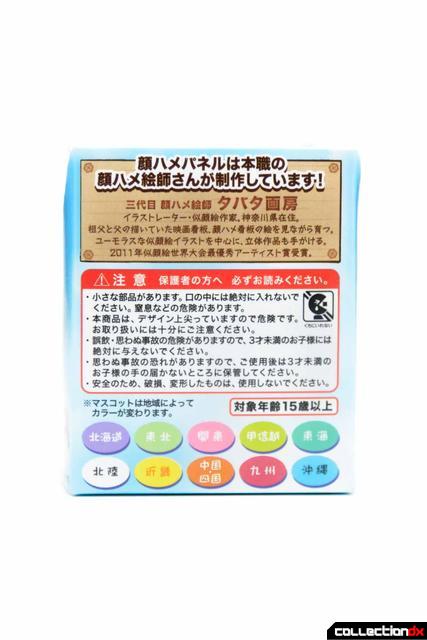 All the Regional Fuchiko figures come in the same packaging. At 650 yen each, they are about three times the normal cost of a normal Fuchiko figure but also come with a photo stand in and are not blind boxed. 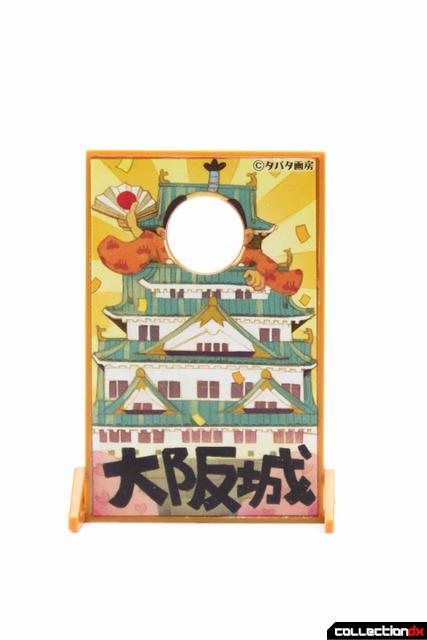 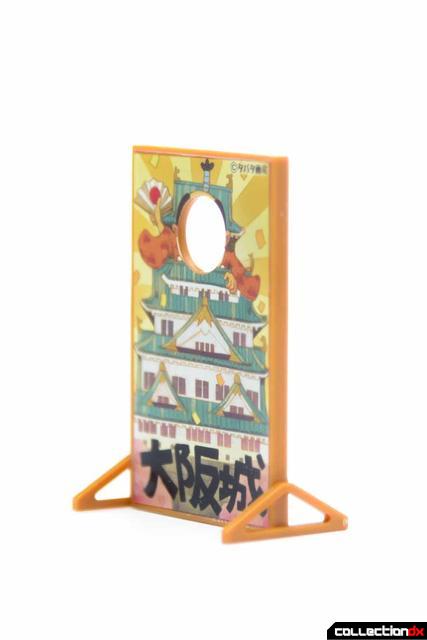 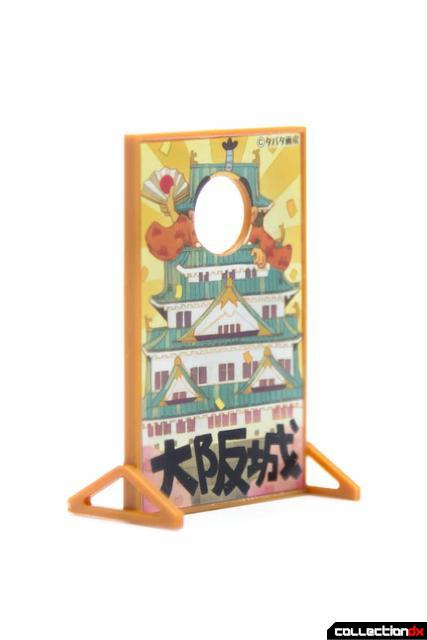 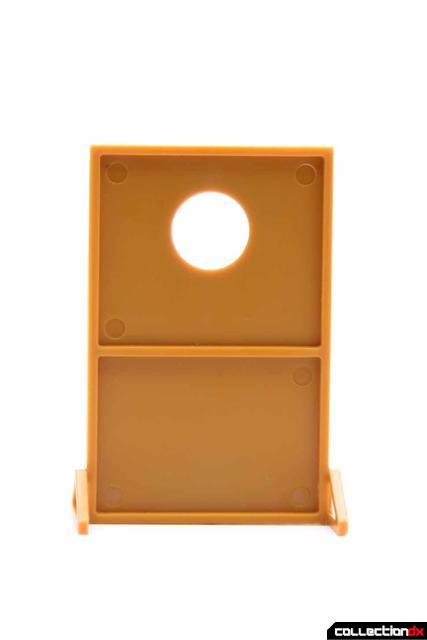 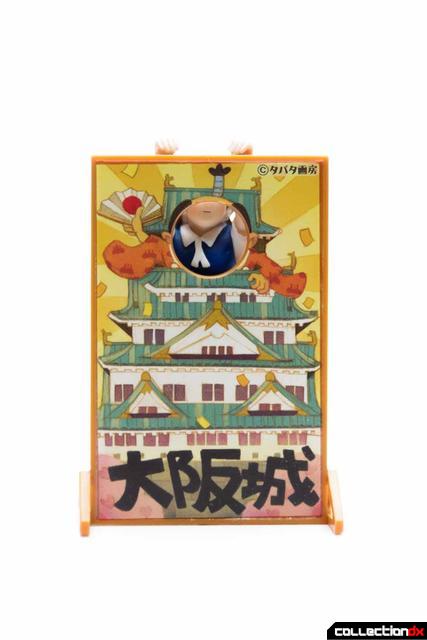 The photo stand-in features an image of Osaka Castle with a hole for Fuchiko’s face to pop through. The top of the castle features the image of a man holding a fan with a traditional Japanese top knot who I’m assuming is supposed to be Hideyoshi Toyotomi. Unfortunately the stand in is designed to only work with the included Fuchiko, as the series 2 Fuchiko of a similar design does not fit. 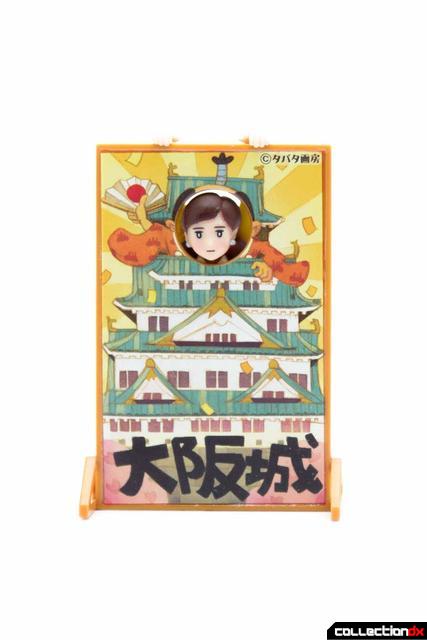 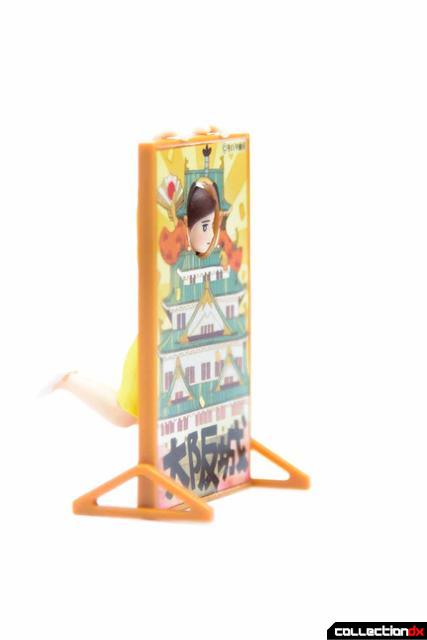 With Fuchiko attached, you have a neat little image of Osaka Castle long featuring Fuchiko as the emperor. 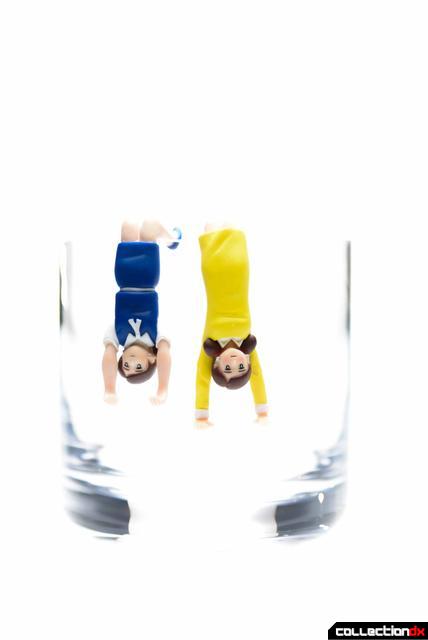 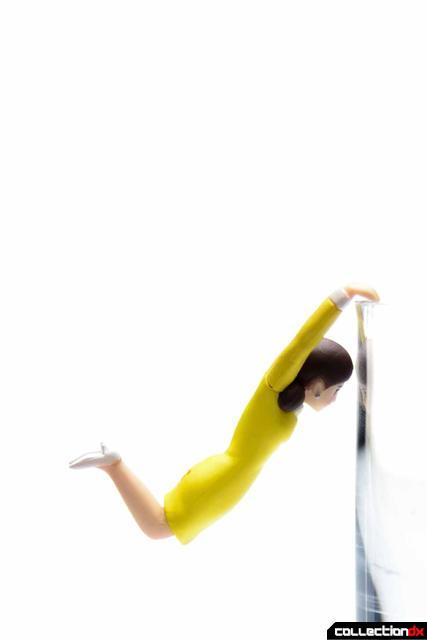 While the Fuchiko from series two is very similar in design to the Regional Fuchiko, Regional Fuchiko has longer arms and her head is tilted forward a bit more. This also means that Regional Fuchiko also does not work too well hanging off of cups as her face gets in the way. One workaround however is to just hang her by the legs.

I found the Osaka Castle Fuchiko while visiting Osaka, along with two other regional ones. They are a bit pricy compared to the regular Fuchiko figures, but as an regional exclusive, they make pretty cool souvenirs and awesome little desk accessories. It is frustrating to not be able to buy these normally off of AmiAmi but this actually doesn’t anger me like Bandai and Kotobukiya's tendency towards web exclusive releases. There are 55 Regional Fuchiko in total and I really want to make go cross country the next time I visit Japan to try and buy them all.