Re-Ment’s Petit Sample sushi-go-round (Kaitenzushi) series takes a look at the world of Japanese conveyor belt sushi. Like previous series’, petit sushi-go-round comes in a case of eight with each set focusing on different foods found at a conveyor belt sushi restaurant. The first set is named “Popular with Women” (Joshi ni Ninki), featuring foods that are apparently popular with women. 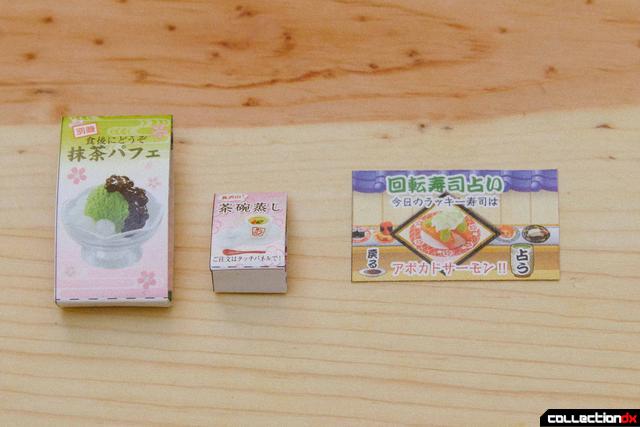 Like usual, there are some paper cutouts included in each set. Two table tent ads are included as well as an insert for a touch screen ordering device. 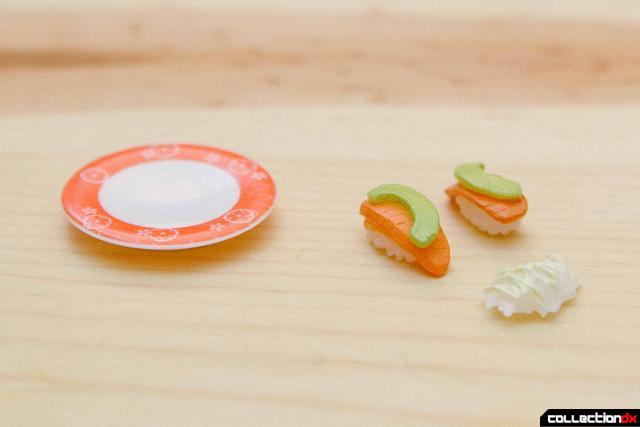 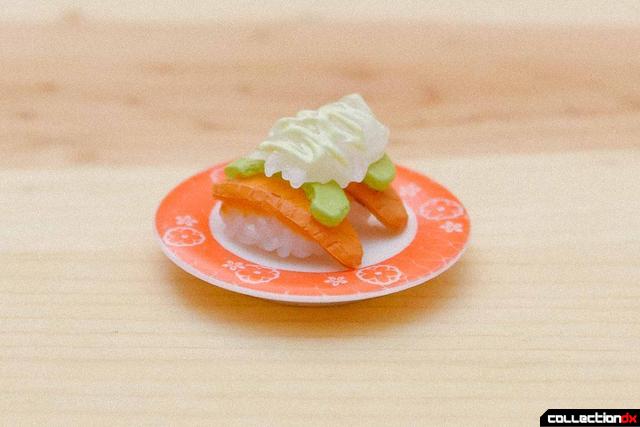 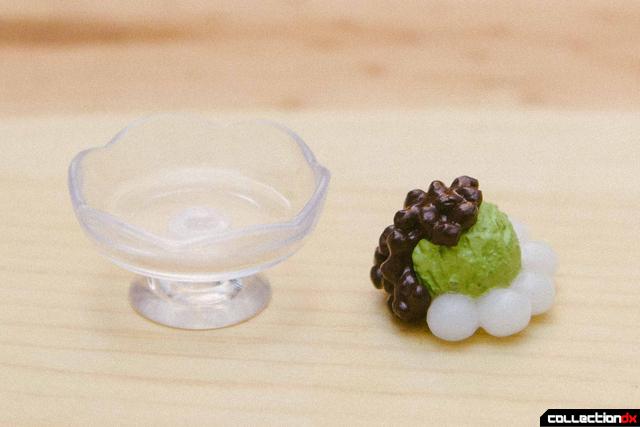 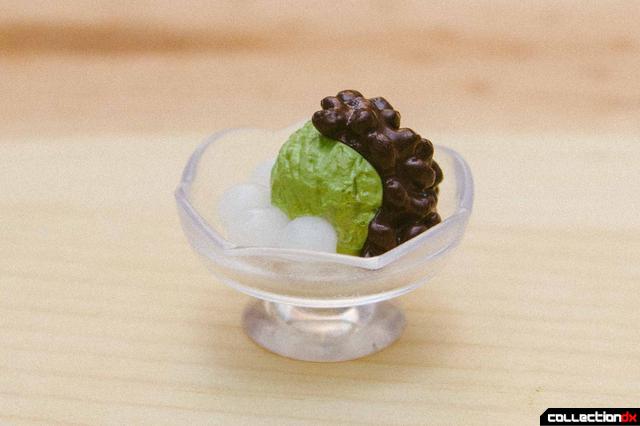 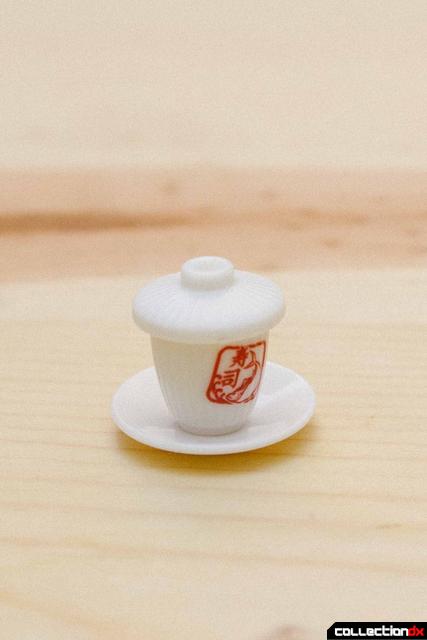 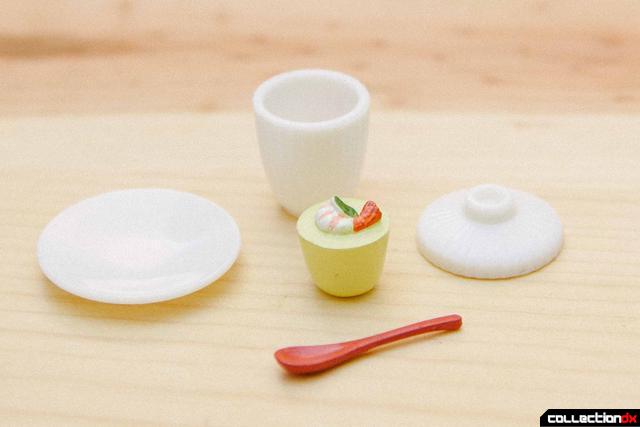 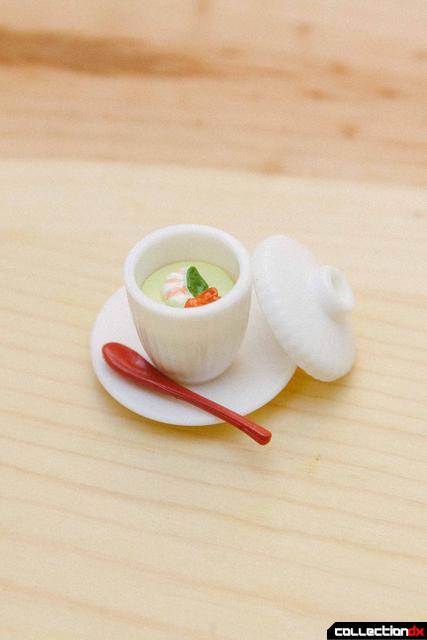 The final item is Chawanmushi, which google translates as Egg Custard and looks an awful lot like the steamed eggs my Mom makes. Served in a little cup with a lid, the Japanese version seems to be topped with seafood while most Chinese people it plain. 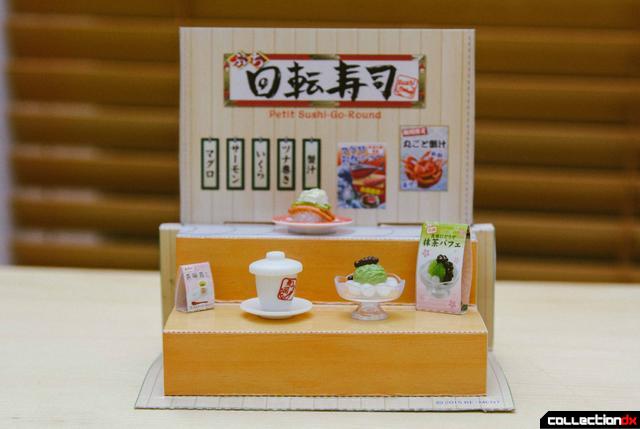 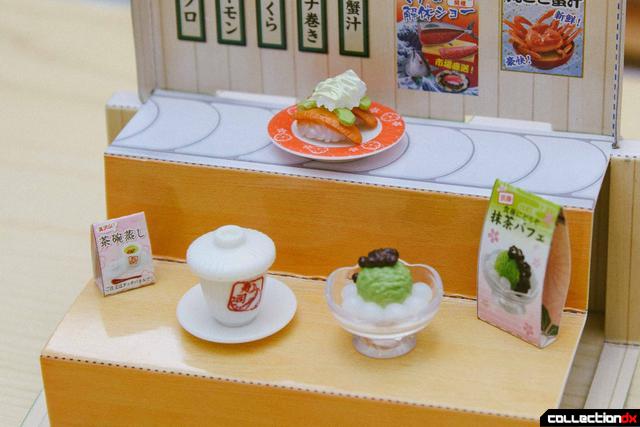 The outer box for the entire Sushi-go-round set actually has a cut outs to build a little a papercraft conveyor belt sushi stand featuring the tabletop and conveyor belt. It’s too low to use any figures with it, but is a neat little way to display the sets. 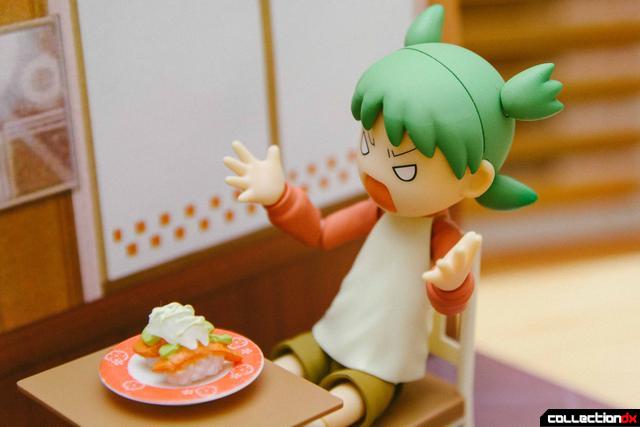 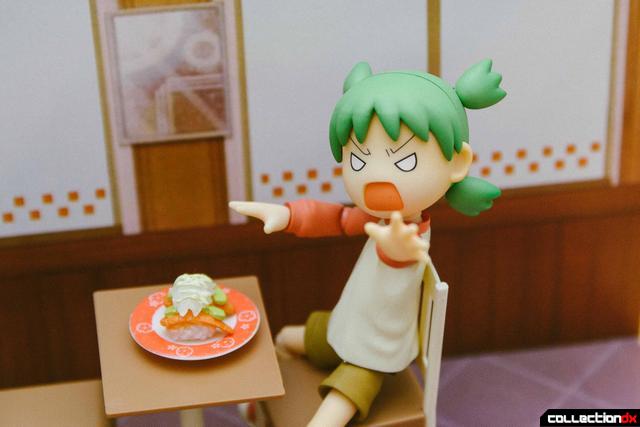 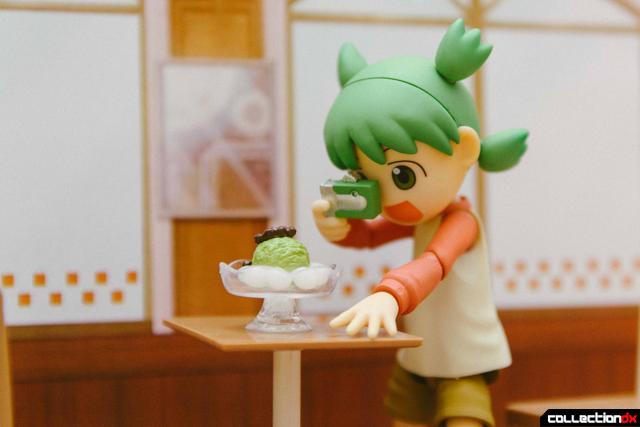 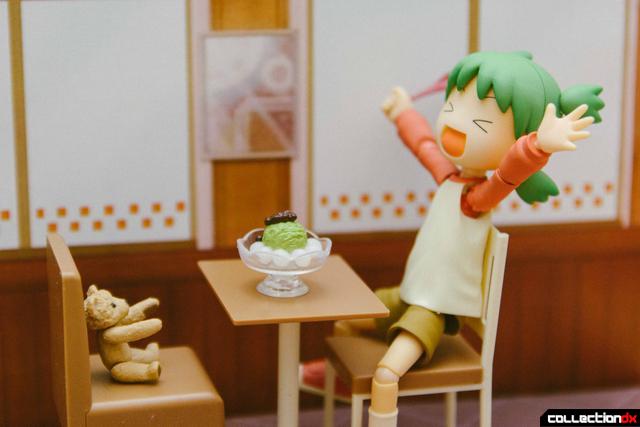 I’ve really grown to love the Petit Sample line and am at least invested enough to have three more series ordered. The sushi-go-round sets definitely work better individually than the Nostalgic 80s Home series, but they still offer neat little looks into Japanese culture. Most of the items are still kind of foreign to me and required a lot more research than I expected, but I enjoyed learning about this stuff. The petit sample sets aren’t for everyone but I think Sushi-go-round should have a lot more appeal than sets based on 80s nostalgia. At roughly 540 yen each before AmiAmi’s discount, these sets feature way more paint and detailing than most 10 dollar figures (I’m looking at you, Power Rangers and ReAction).

Oh Yotsuba, you're supposed to Enjoy Everything!

Only one person can ruin the mood and his name is...YANDA.

Where'd the table, chairs, and backdrop come from?

I'd also be interested in seeing how these sets work with Figuarts, as you showed in some earlier ReMent reviews.

Sure, ill use some next time. The table and chairs are from Hasegawa's line of 1/12 accessories. They work a lot better with figuarts/figma since they are specifically designed for 1/12 figures. The backdrop was one I found on some japanese blog that i printed out on cardstock and glued onto some cardboard.