Otachi is one of many Kaiju in the movie Pacific rim. In the battle of Hong Kong Bay, Otachi destroys both Crimson Typhoon and Cherno Alpha, before going onto the city to fight against Gipsy Danger. In this fight Otachi sprouts wings and pulls Gipsy Danger up into the air where it ultimately meets its demise - being cut in half by Gipsy's giant arm blade.

When Otachi's remains are being harvested in the now partially-destroyed Hong Kong, It is revealed that Otachi was pregnant with a baby Otachi.

This toy by NECA represents Otachi before it sprouted wings and flew. Never one to miss an opportunity, NECA has also released a winged version, sold separately.

The Otachi toy is the biggest Kaiju toy released yet (aside from the massive 18" Kinfehead, which is not to scale). It comes in a clear window box and the tail needs to be attached. 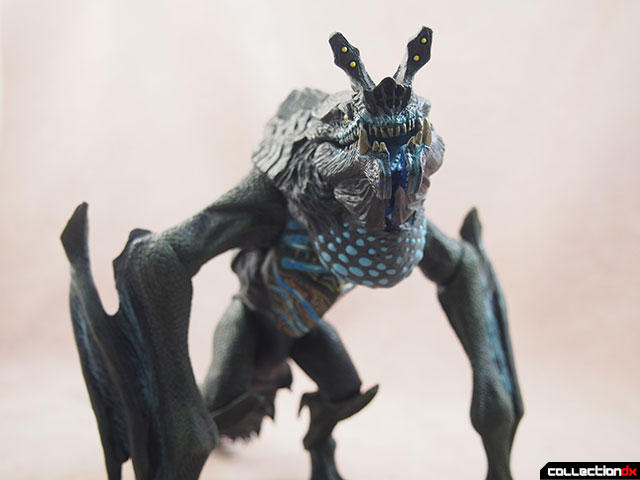 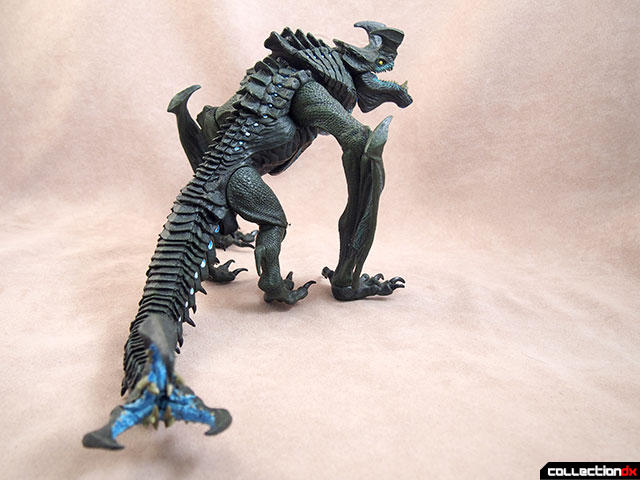 There's 30 points of articulation, including an incredible segmented tail. 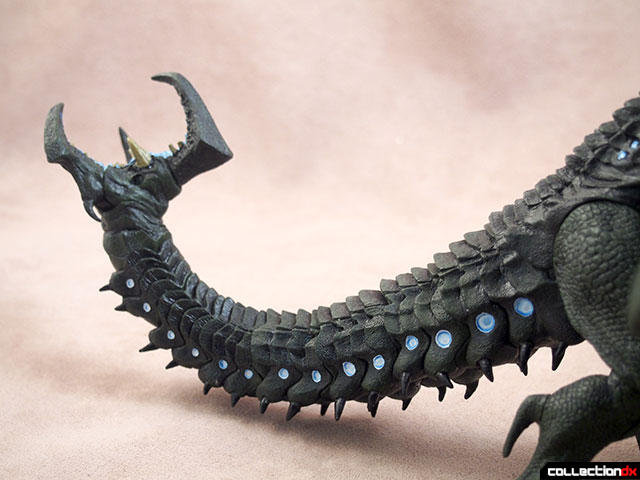 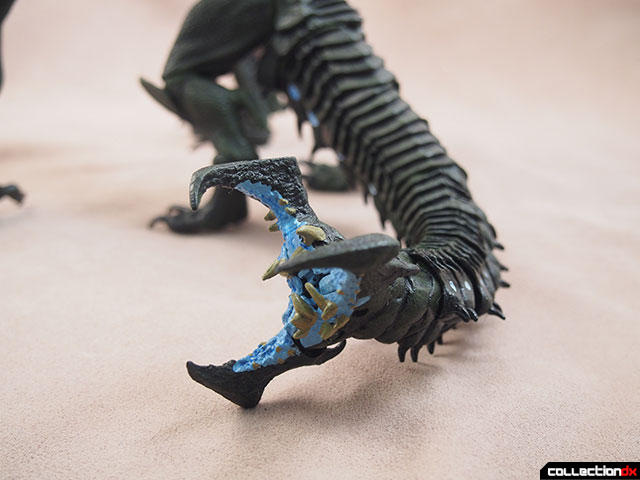 At the end of the tail is a three-pronged claw that works on a gear system - move one claw and the others move. 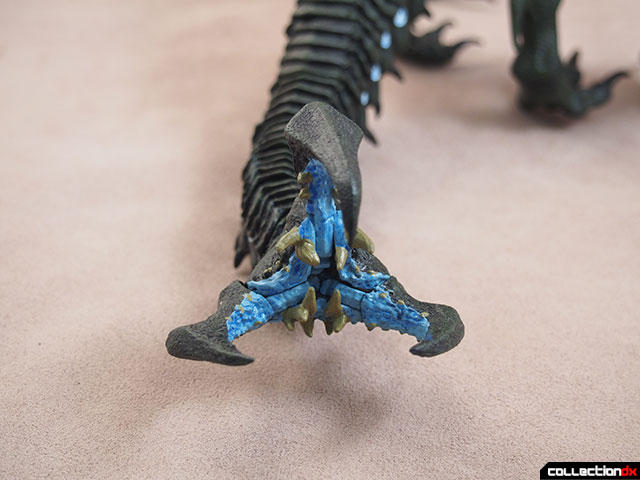 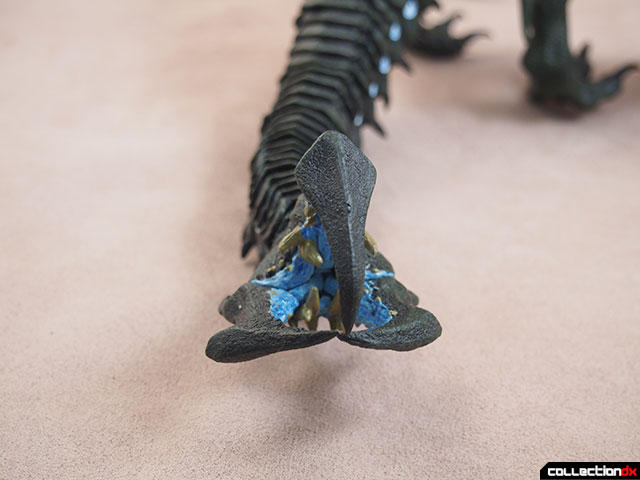 The head is on multiple ball joints and the jaw is split into two separate parts. 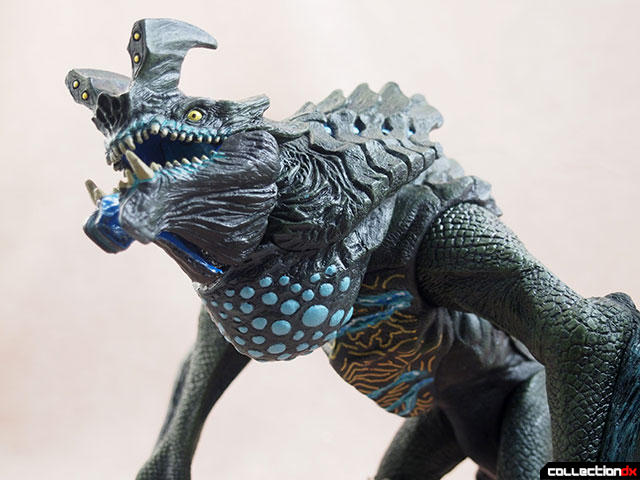 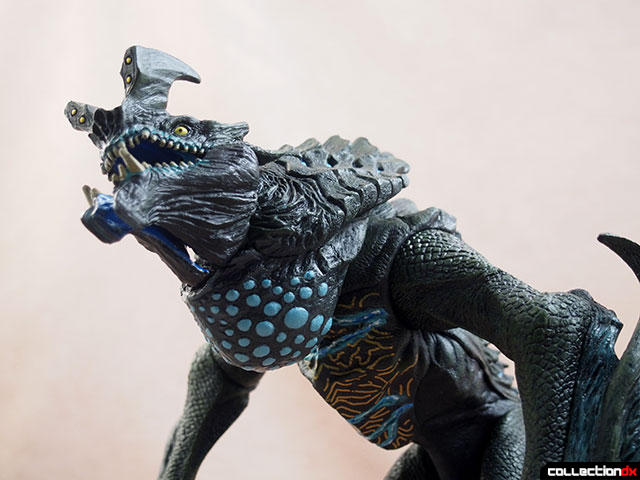 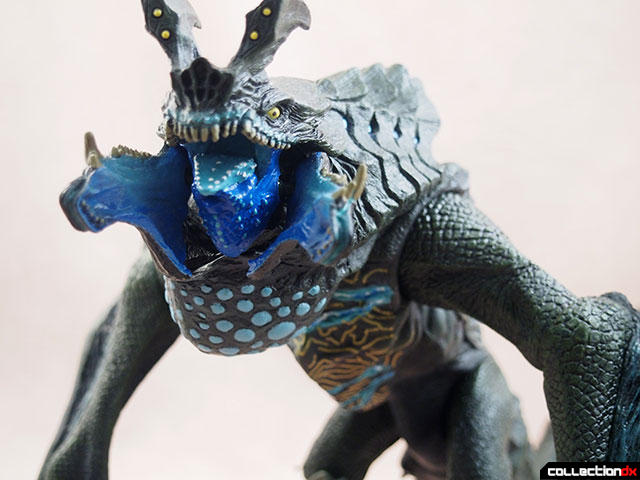 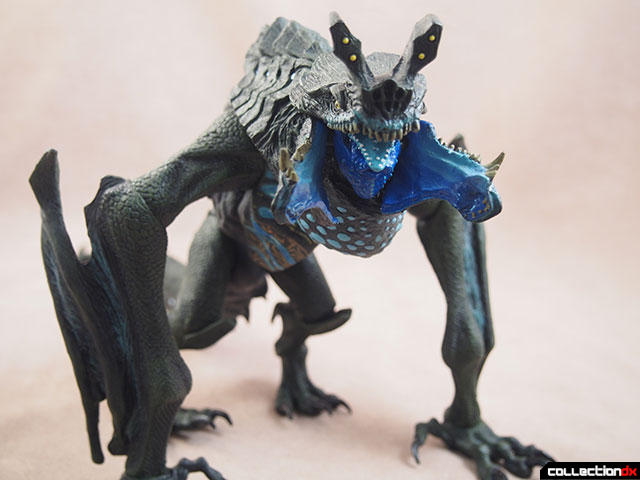 The center tongue can be removed and replaced with an acid-spitting effect part. Thats well and good, but getting the parts in and out is a bitch due to the tight fit. 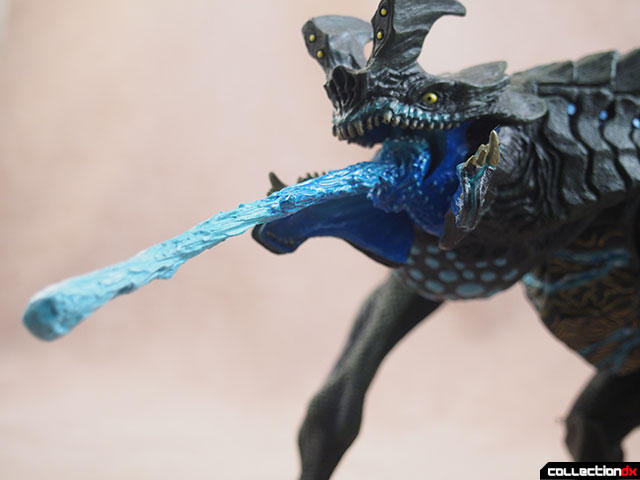 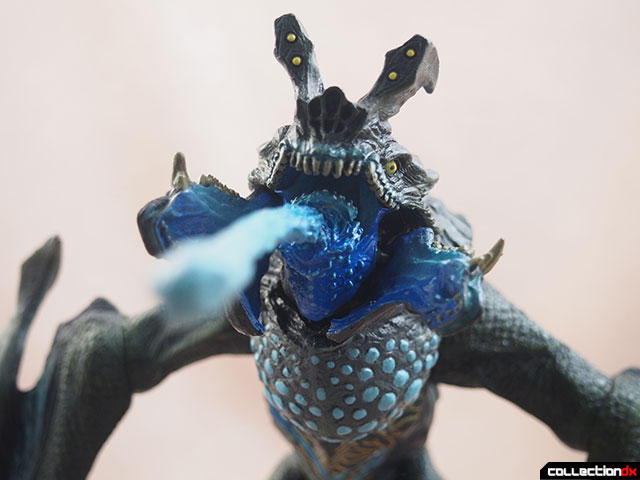 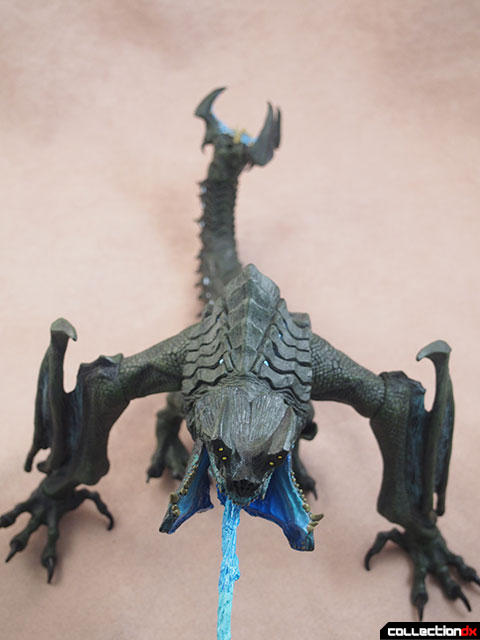 I know this part is probably getting old, but I have to address the QC issues: There aren't any! Otachi is practically perfect from a QC standpoint. 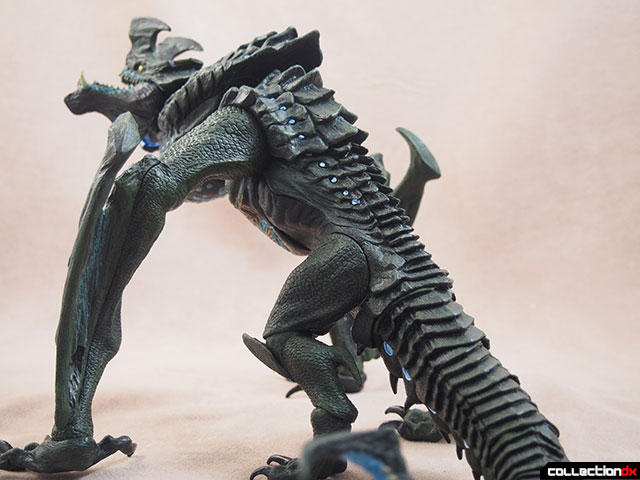 A miniscule Baby Otachi is included, and actually has movement in the neck and shoulders. NECA would also release a non-scale rubber baby Otachi as well. 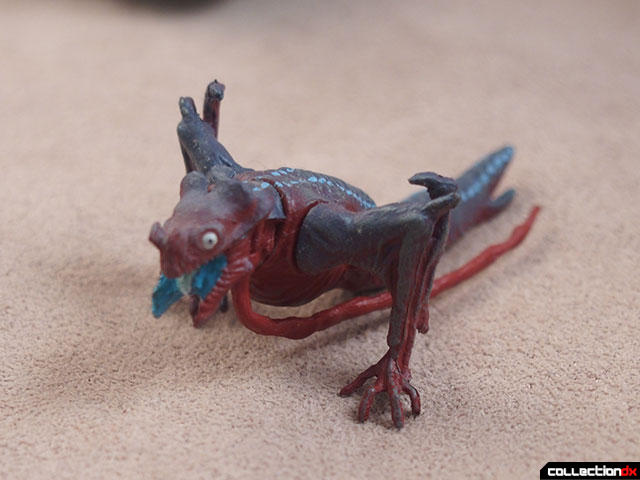 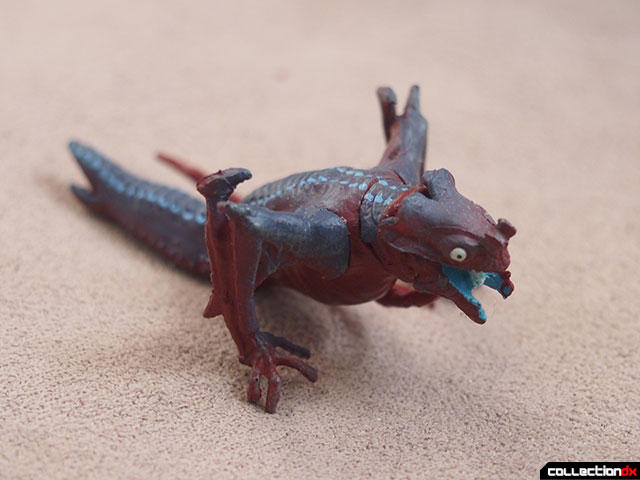 From this point on the Kaiju just keep getting bigger and bigger. Can my wallet handle it? We're going to find out!

Aww.. isn't that cute, the baby even comes with its umbilical cord wrapped around its neck.

You can swap the head, tail, & arms (I don't know if you can swap the legs) between each Otachi figure, so you can give this undamaged Otachi winged arms.