Since the early 1970s, Tomy's Tomica line has provided Japanese kids (and collectors) with tiny diecast cars along the lines of Matchbox cars or Hot Wheels. The big difference is that the Tomica line was almost exclusively dedicated to Japanese cars. While you will occasionally see Japanese cars in the Matchbox or Hot Wheels lines, they are largely American or European cars. And yes, these American diecast cars were definitely imported to Japan, but Tomica was (and is) a big success in Japan because it focused on domestic Japanese cars. In recent years, post-merger TakaraTomy has introduced Dream Tomica, renditions of cars from fictional stories in traditional tiny diecast car format. 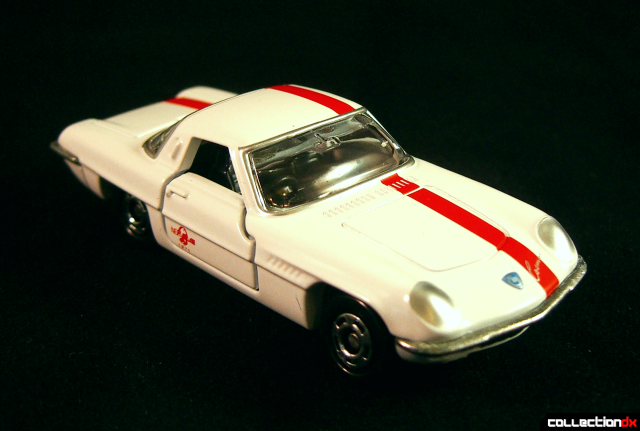 The NERV Official Business Coupe comes from the "Rebuild of Evangelion" theatrical film series based on the Neon Genesis Evangelion animated TV series. This car is based on the Mazda Cosmo sports car series that began in the '60s. 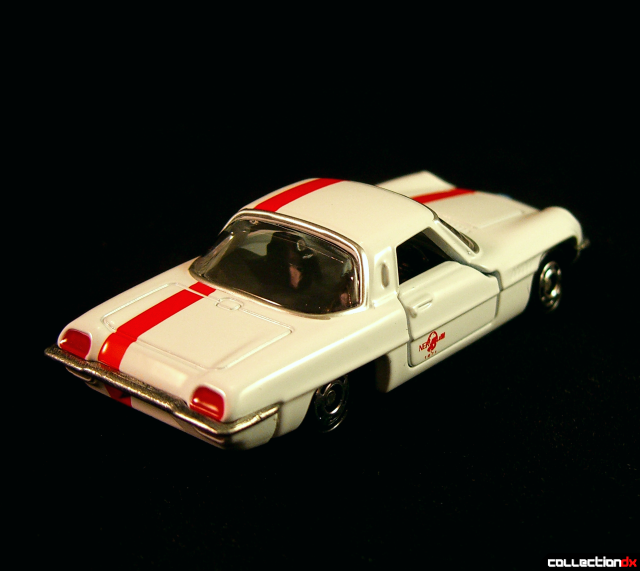 It almost entirely painted a creamy white with a brilliant red racing stripe. There are tamp-printed NERV logos on the doors and there's a tampo printed Cosmo signature logo on the hood near the Mazda insignia. The bumpers are bare diecast metal, NOT vacuum metallized plastic and the headlights and tail lights are painted. I appreciate the detail. 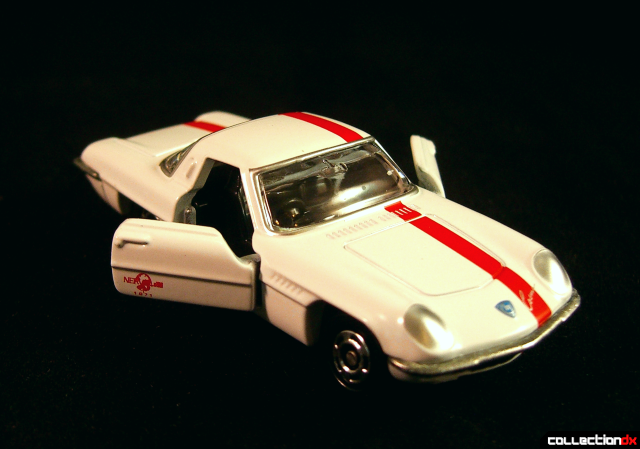 The hub caps on the all plastic wheels are indeed vacuum metallized. The interior is simple but has two seats and a steering wheel molded in black plastic. Both doors open and close and have simple lines to indicate interior and exterior door handles molded into the metal. Similarly, lines are molded into the metal to indicate the trunk and hood, but neither of them open. Unlike many modern day Hot Wheels, the bottom of the toy is also diecast metal. 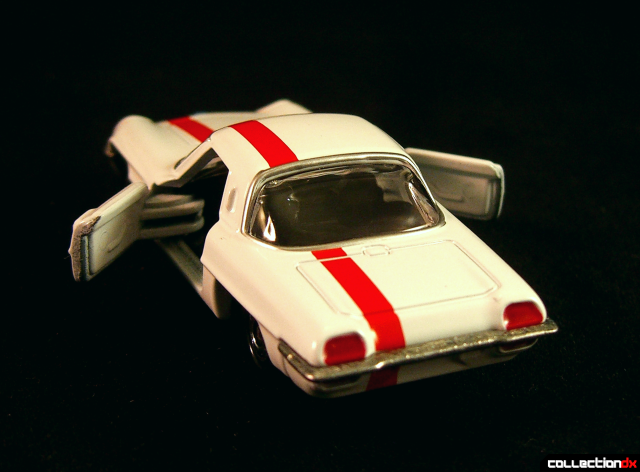 This toy may not be flashy and it may not be futuristic, but it is a really nice little toy car. My only minor complaint is that the wheels are just thin plastic, but that's par for the course. If you are a Hot Wheels or Matchbox collector or have a child into playing with Hot Wheels or Matchbox cars, this will be right up your alley. It's inexpensive and the Evangelion theme is nice for fans of that series. True, this car did not show up a lot in the films and doesn't have the notoriety of the Batmobile, the Mach Five, or other famous fictional cars, but I'm sure it will look great with a big giant Eva toy like the Mega Sofubi Advance Evangelion Unit 1.