The final figure in the initial wave of Frame Robo is the Mercury Frame. 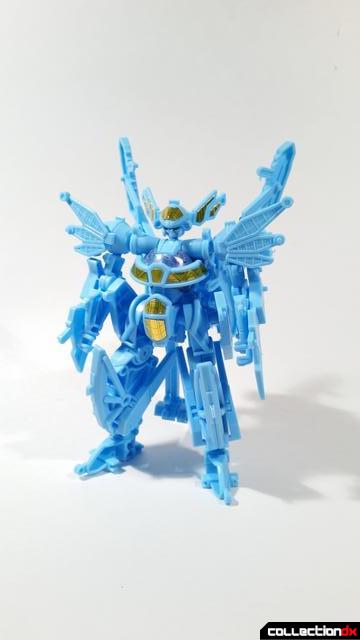 The Mercury Frame is a nice soft sky blue color and has perhaps the most friendly expression on its face. Gaia Frame is quite angry looking, and Mars Frame is alien in its expression, so the Mercury comes off as just a good looking robot design. 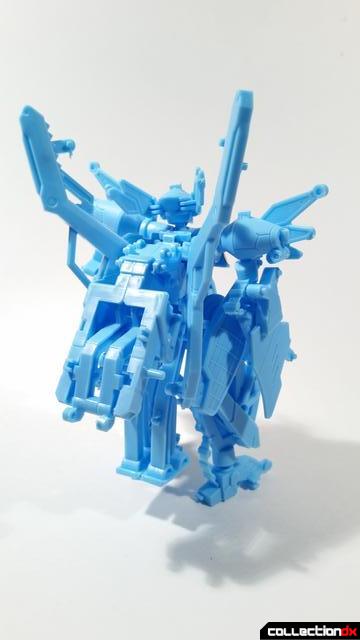 The first thing I noticed after assembling this frame was just how much stuff was on its back! Unlike the Mars and Gaia Frames, Mercury is the first one to noticeably built quite differently than the others. The first two featured large panels of plastic folded in half. Meanwhile, the Mercury features loads of tabs and symmetrical pieces that make it quite unique and separate from the other designs. 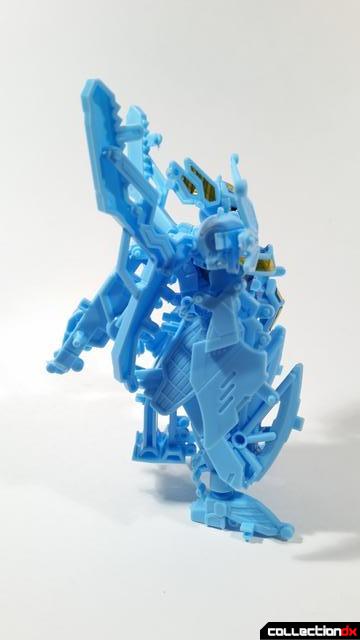 Between the three initial figures, there's loads of character and variation that make these guys form a nice little team of toys. 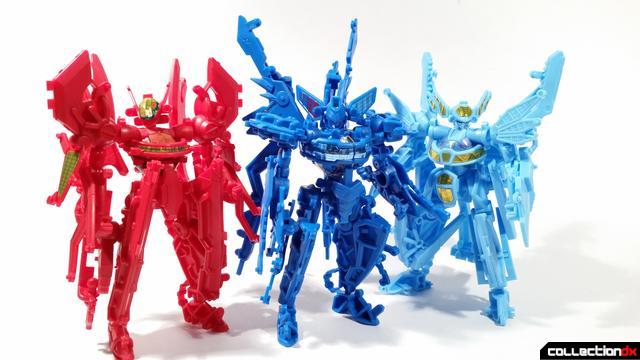 Unfortunately, Mercury doesn't come with a lot of useful parts for making weapons for it to hold. Just a few knife-shaped panels that almost look threatening. 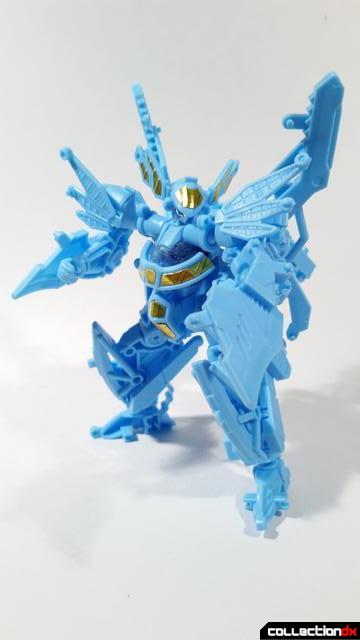 However, that's okay! Mercury Frame makes up for it more than enough by focusing less on its robot mode and more on its weapon modes, of which it has two!

Each of the legs can be turned into a neat looking beam rifle weapon. 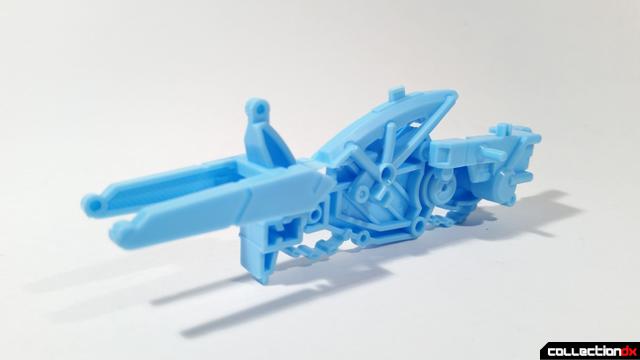 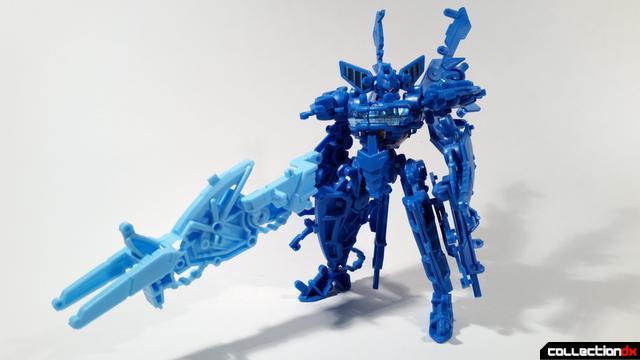 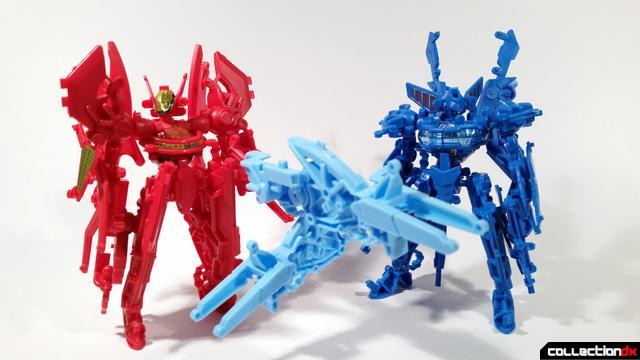 The coolest feature of these however, are that they can be combined! This makes an awesome turret that looks almost like a super sentai finisher weapon. 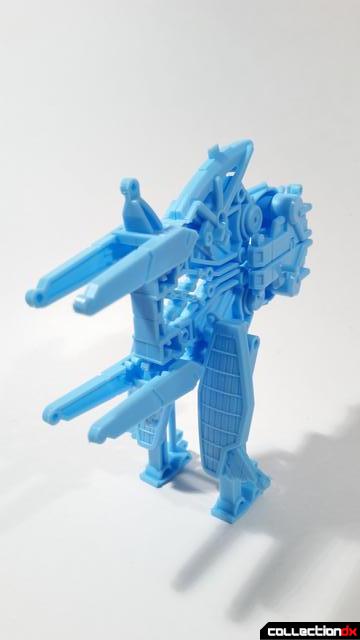 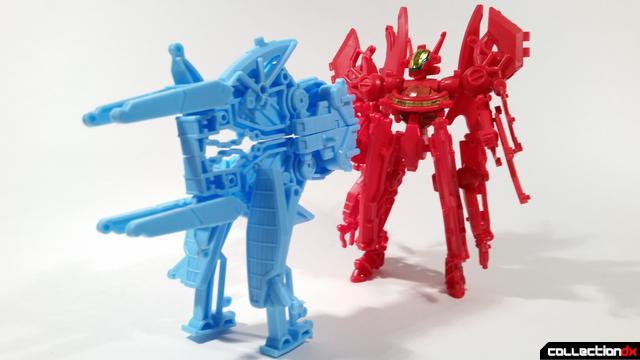 While the first two Frame Robo toys were pretty similar in design, Mercury adds loads of fun to Frame Robo's play pattern. I think it adds a lot of variety as well, by having Frames that transform in different ways with different parts. Plus you can mix and match the various different figures to create your own custom Frame Robo toy. It's a load of fun and makes for a great kid's toy or cheap building toy.