Kamen Rider ZO was brought to you by Bluefin Tamashii Nations.

You can pick up all your Tamashii Nations items from BigBadToyStore

1992 was a rough year for Kamen Rider. After the release of Shin Kamen Rider: Prologue, people had pretty much given up on Kamen Rider. Of course, that blatant failure allowed Keita Amemiya to craft his own Kamen Rider story and bring it back to the basics: A guy in a suit who kick things real good.

Kamen Rider ZO was released in 1993 and it was awesome. To this day, it is one of my favorite Kamen Rider movies. It's short, action packed, and largely well acted. Plus, the reliance on practical special effects means that it'll look amazing forever.To this day, the Neo Organism haunts my nightmares.

The sculpt of the figure is really nice and crisp. All of the lines are raised and sculpted, and the paint is very clean. 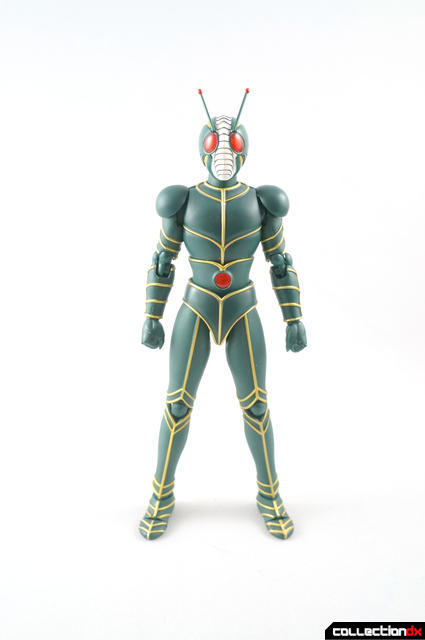 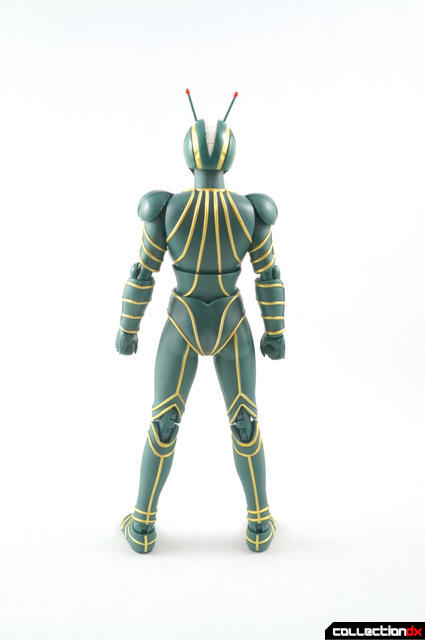 The panel lining on the head is top notch and looks great. 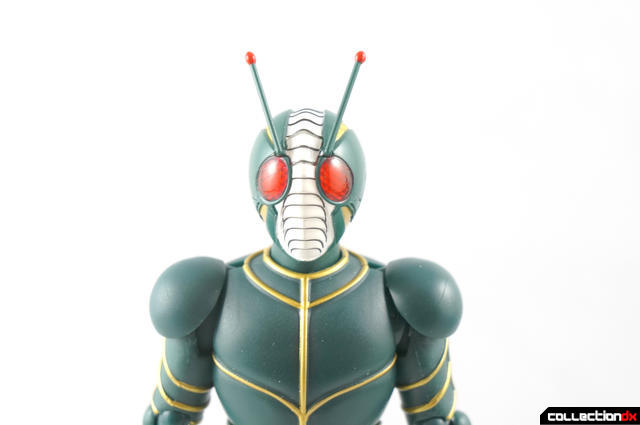 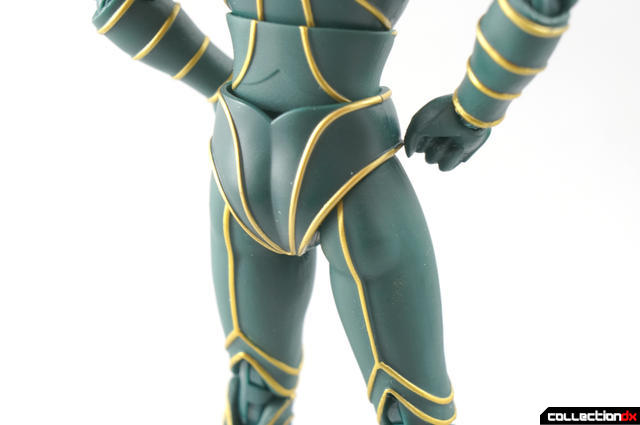 I also love the attention to detail on his Rider booty. Look at that understated, yet elegant curve to the buttocks. They spent a lot of time crafting this rump. You're welcome, Ribbit. 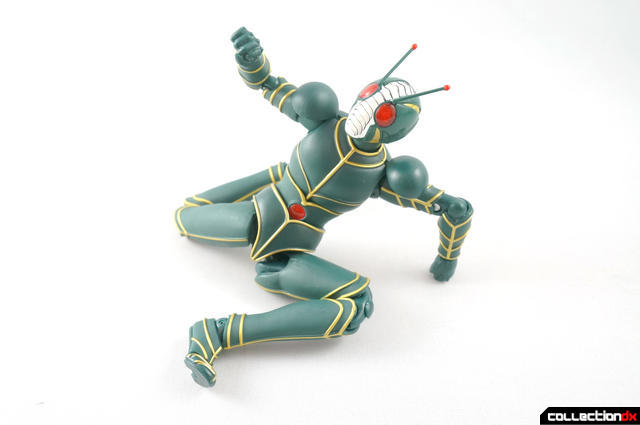 Anyway, his articulation is great. Since his design is so minimal and sleek, there's not much to hinder anything. 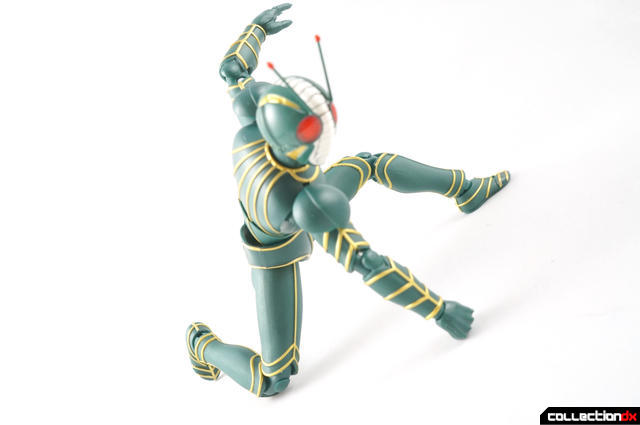 The biggest issue I found was with the shoulderpads. 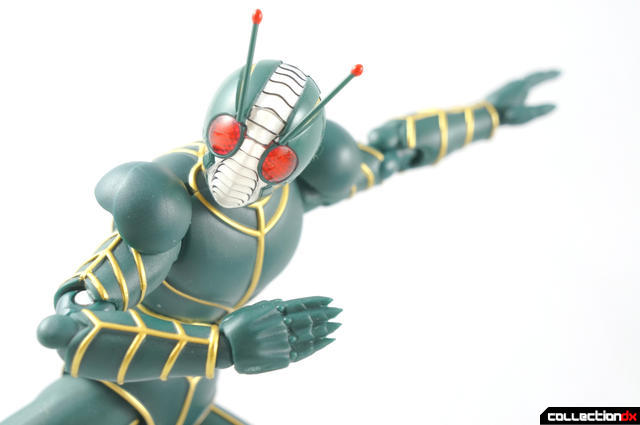 They are attached to the chest so they tend to get in the way of some poses. It's not the end of the world, but I would have rather had them attach to the inside of the shoulder joint so they would move with the figure. Of course, this is accurate to the suit, so I guess it's not a big deal. 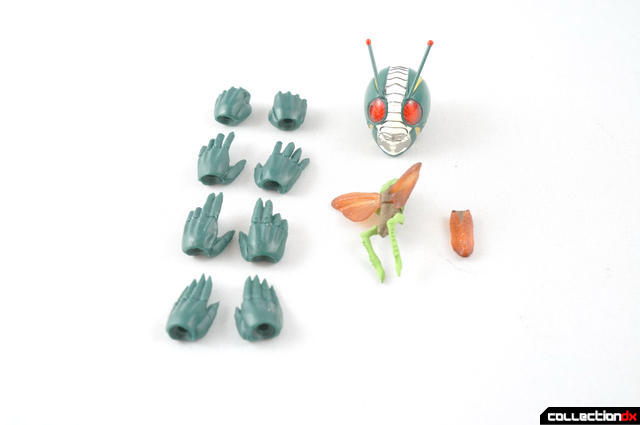 ZO comes with pretty much any accessory he would need, including four pairs of hands (fists, posing hands, open hands, and karate chop hands). 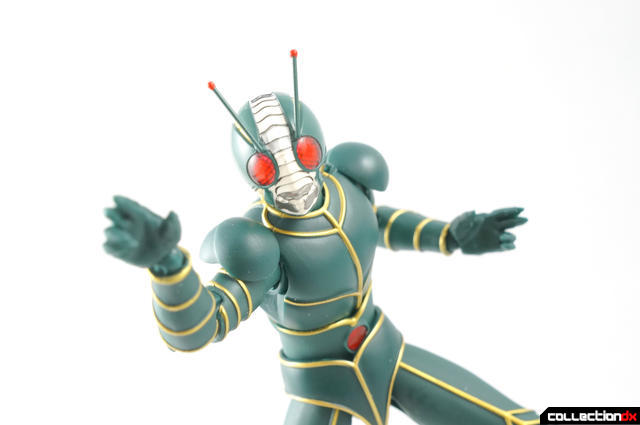 He also comes with an extra head with his mandibles poking out to emulate that one time in the movie where he transforms and they pop out for 2 seconds. 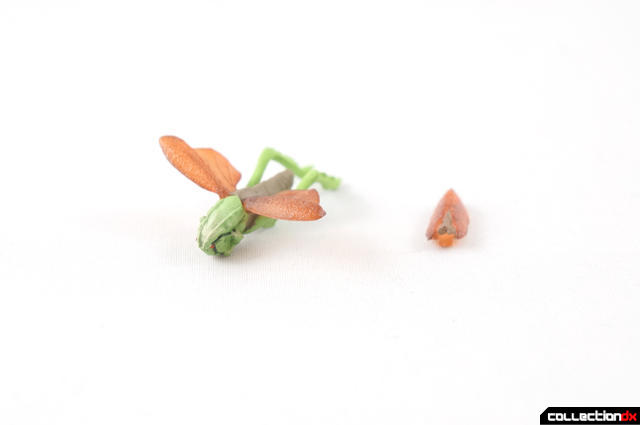 ZO also comes with that gross grasshopper thing from the opening, complete with two sets of wings. God, I hate that thing, but it looks good for what it is. 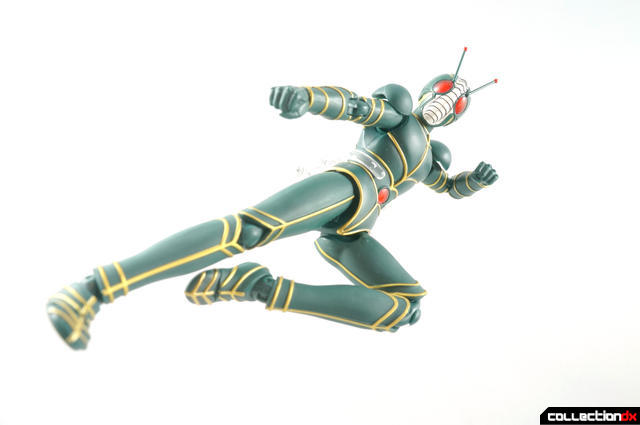 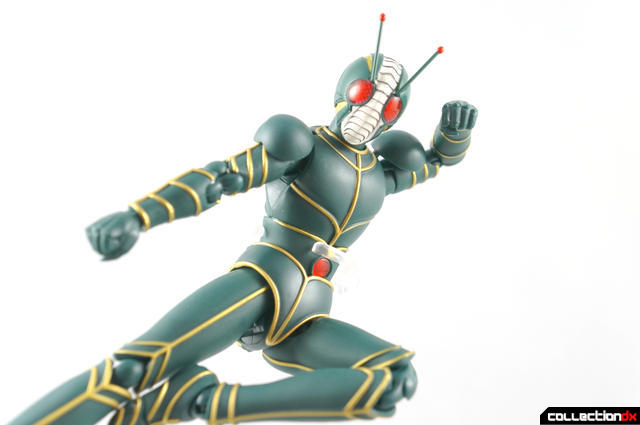 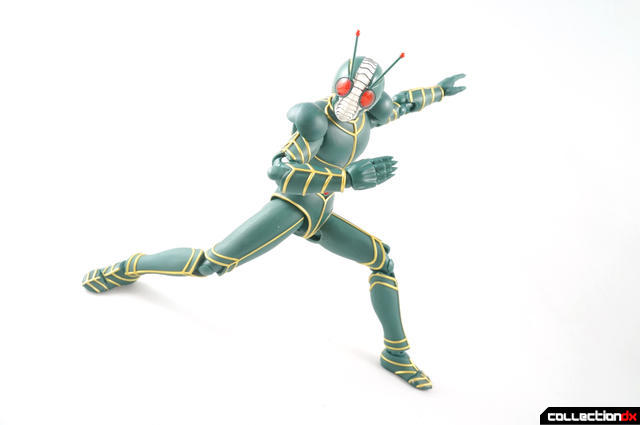 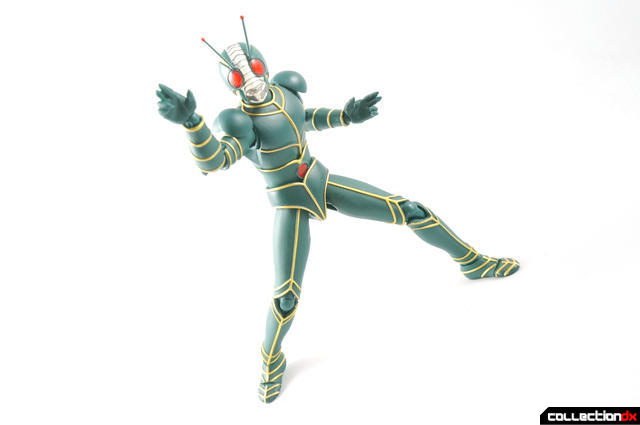 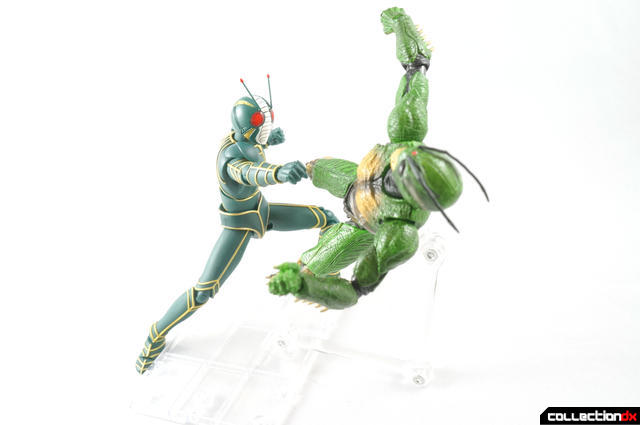 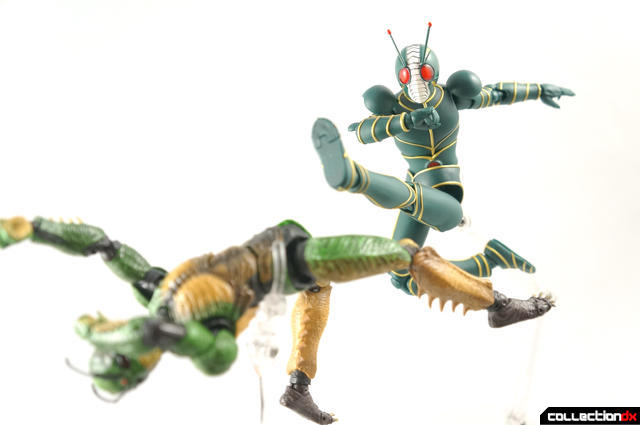 I just wish he had a bike. 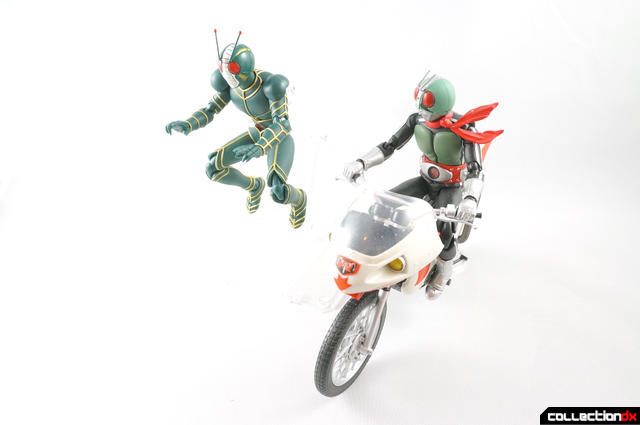 Overall, Masked Rider ZO is a great toy, and I highly recommend him. If you are a fan of Kamen Rider, then I can't recommend him enough. He looks great posing with Shin, and I imagine he'll look great next to Masked Rider J (once they decide to make him). And with Doras set to release later this year, he'll have someone to tangle with on your shelf, so do yourself a favor and pick one up! 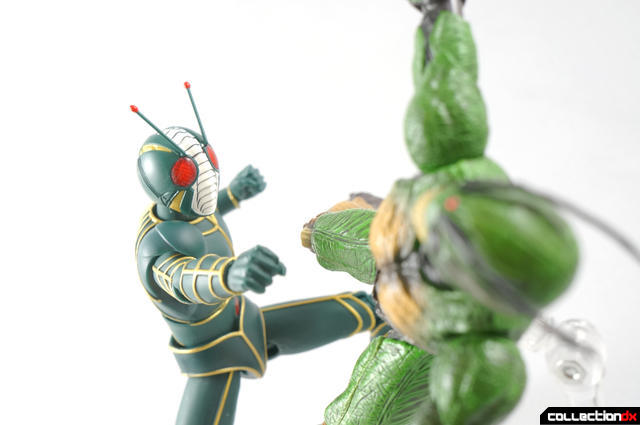 3 comments posted
What a great review! If I

What a great review! If I ever tire of Figuarts and Kamen Rider one of these awesome reviews would pull me back in. Buying this guy tonight. Can't wait for Amazon to be rereleased with the bike so you can photograph it.

Ha! Thanks man! I appreciate it!

Absolutely love the look of this guy! I'll have to pick 'em up at some point.