Get ready to go and count zero, guys. We got an Agito over here.

It was an inevitability. Once we got the renewal version of Kuuga, I knew it was only a matter of time before we got a renewal version of Agito. Kamen Rider Agito is the titular hero from the 2001 Kamen Rider Series. Agito is my personal favorite series, and I'm glad to finally have a figure that lives up to the standards of the show.

So, Shouichi comes in the same style of box of previous Shinkocchu Seiho releases, so there's no reason to go into its sleakness here. 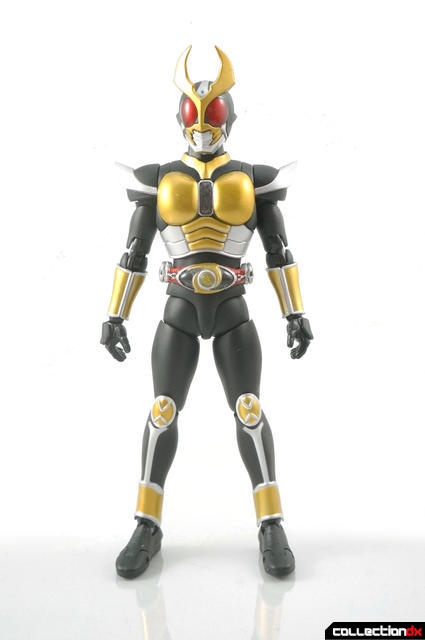 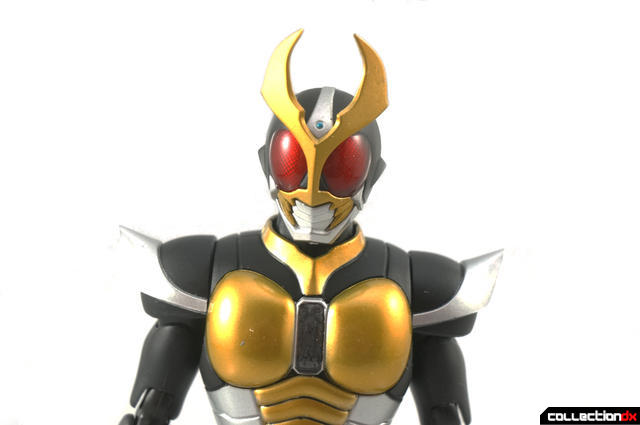 But just look at the details of this figure. The proportions of the body are on point, as well. Of course, since it uses the same body mold of Kuuga, I was expecting nothing less. 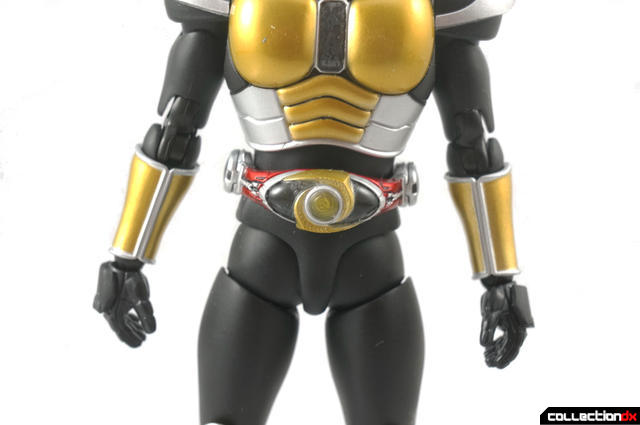 The belt is beautifully crafted. It is absolutely gorgeous, and not a single detail is out of place. 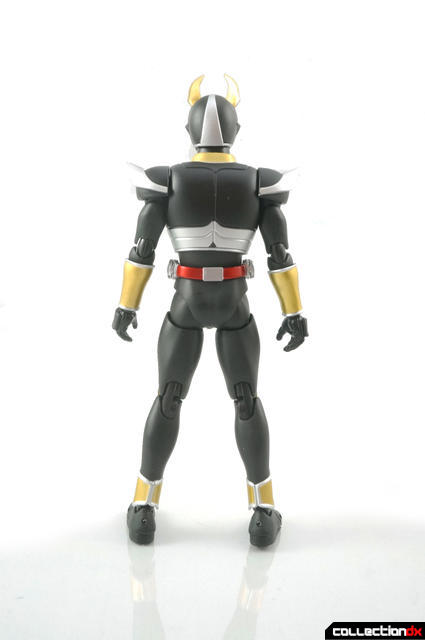 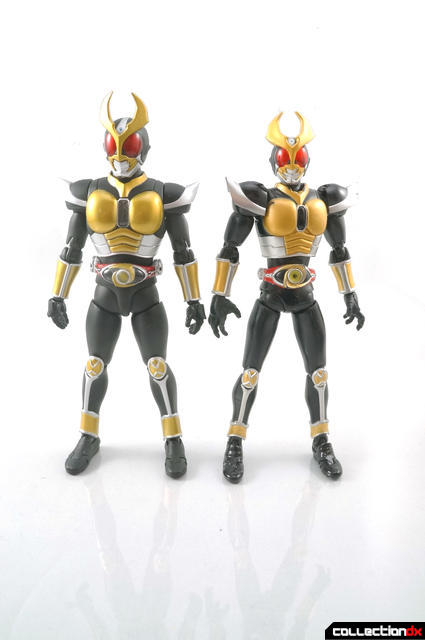 Comparing this figure to the older release, you can definitely see the differences in tooling and age. 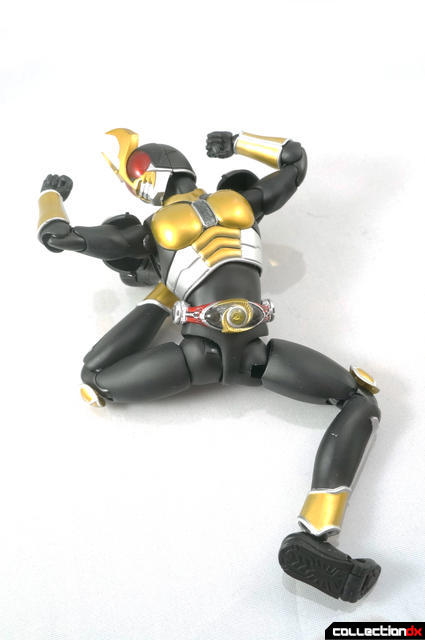 Thanks to Agito's minimalistic design, there's almost nothing to hinder his movement. He retains all of the poseability of Kuuga and, sadly, the same flaw. 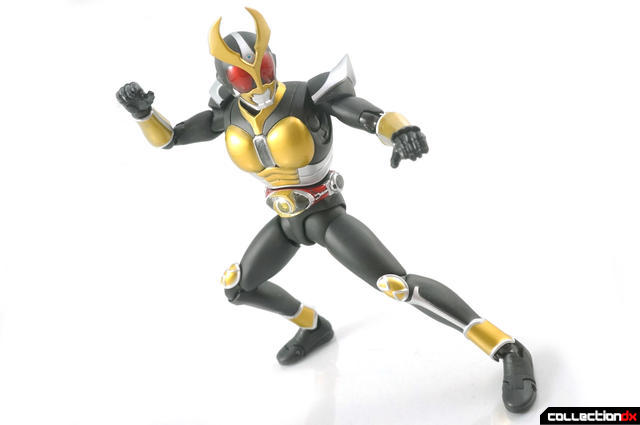 The thigh swivels are fairly limited, and you can't really twist the legs in. That means that some poses were much harder to get him into than they should have been. I wish they would have done something different for this release. Still, it's a pretty minor issue in an otherwise brilliant toy. 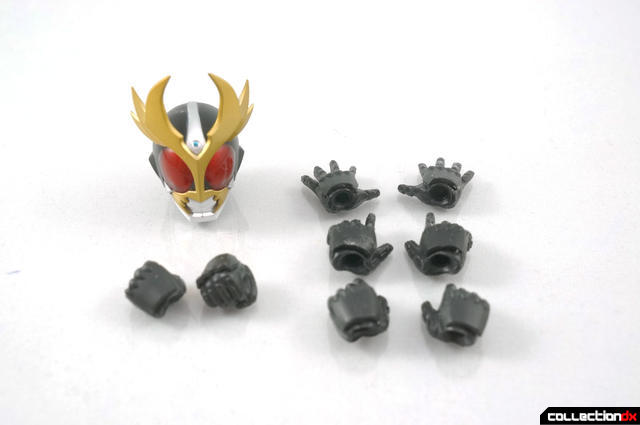 Agito comes with a few accessories as well. He has an extra head and four pairs of hands. Admittedly, this is still a bit light, but I didn't feel that I was missing anything (except for RAAAAGE hands but more on that in a bit). 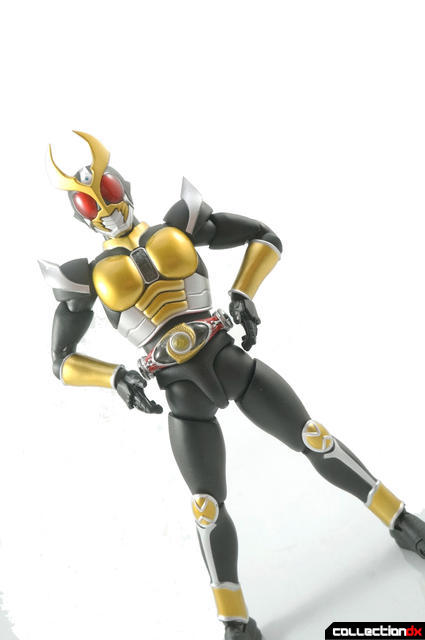 I love that Bandai doubled down on Agito calm hands just so they didn't run into the same issues with Agito's first SHF release. 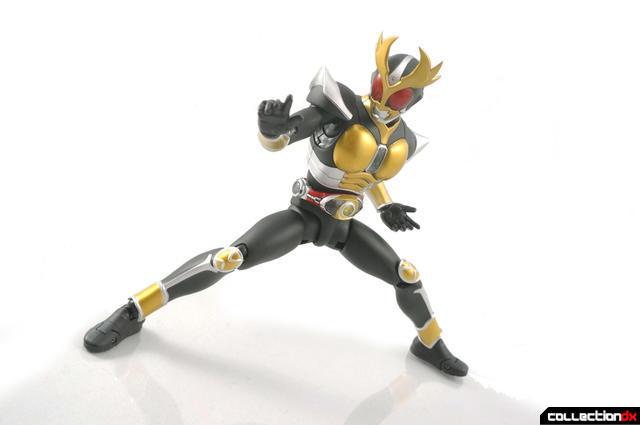 Of course, I was kind of fond of the RAAAAAGE hands that the original release came with, so I was a bit disappointed that Bandai didn't include any here. I guess they wanted to move themselves far away from that figure.

But hey, if you still own the first SHF Agito, the wrist pegs are the same size so you can.... you know... 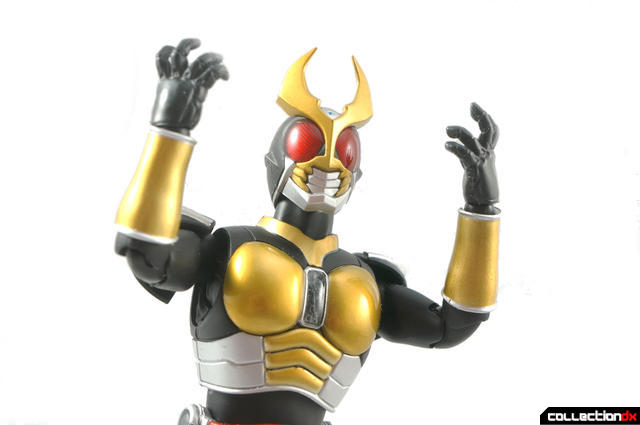 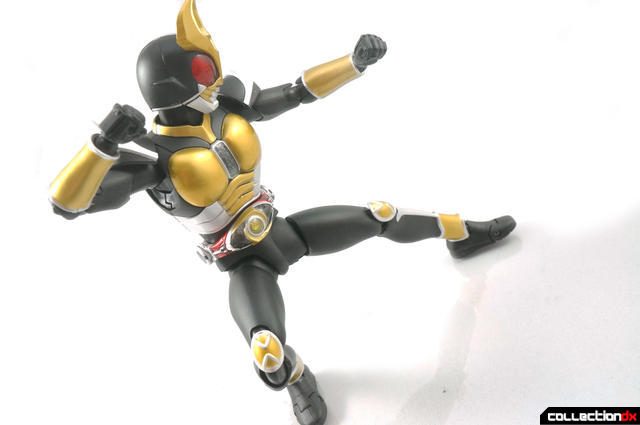 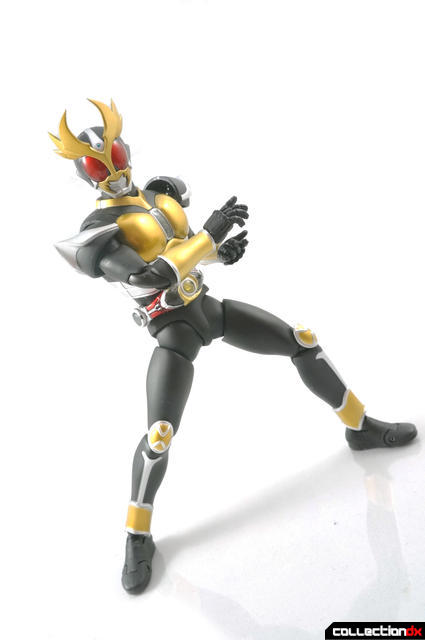 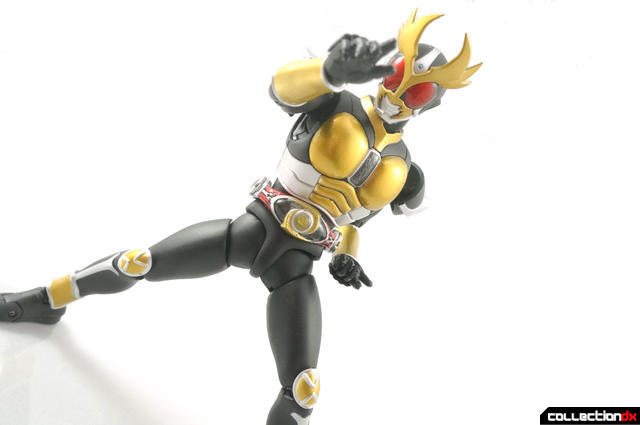 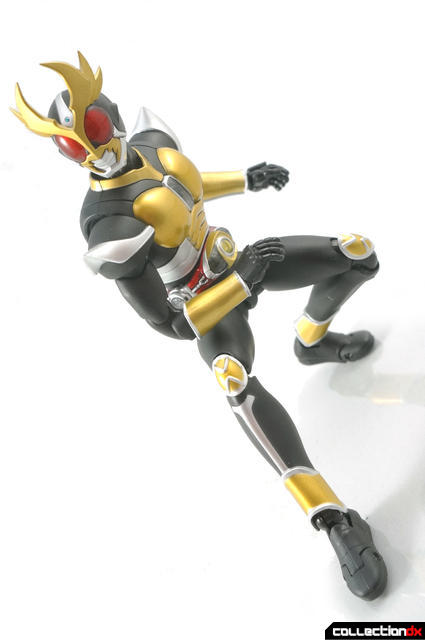 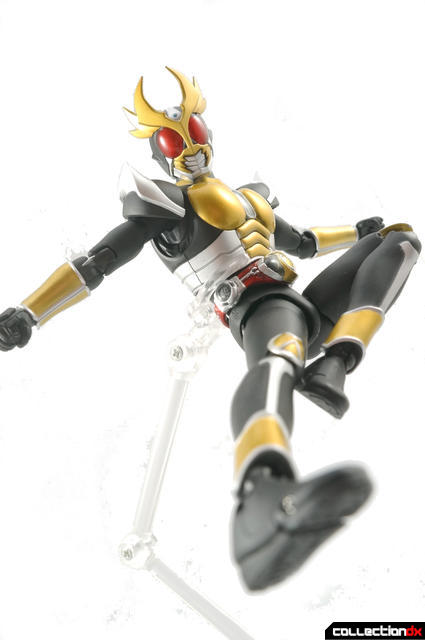 Agito also looks great if you happen to own the Popynica Machine Tornador. 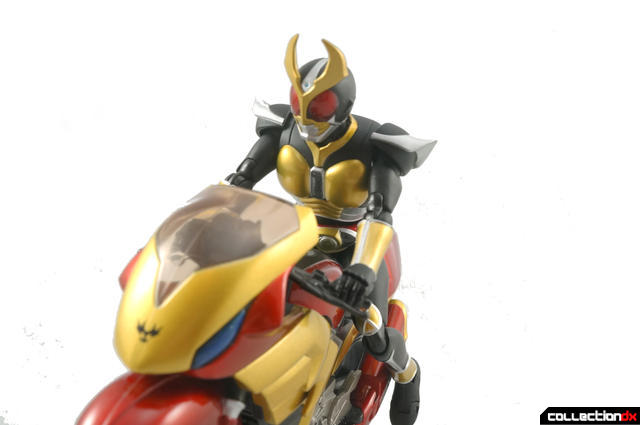 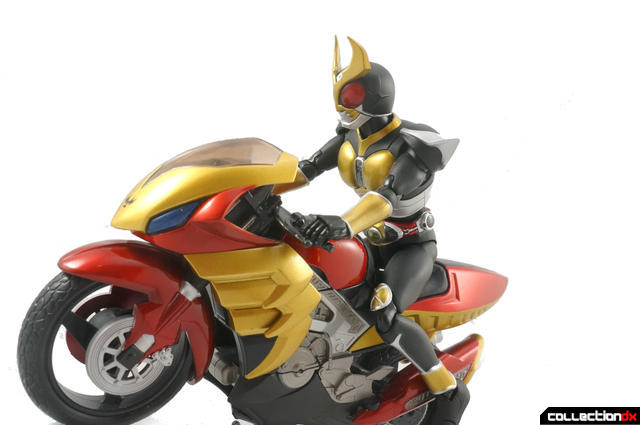 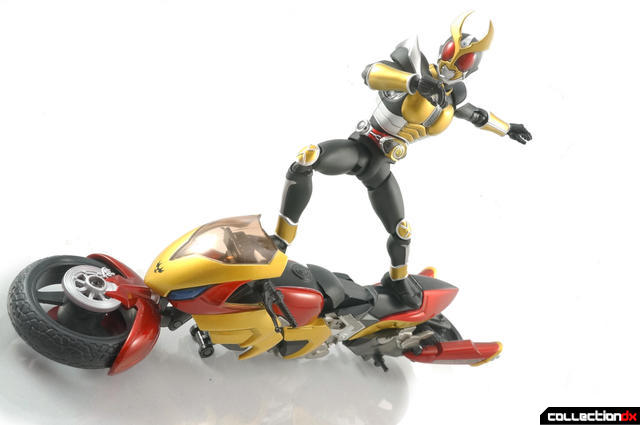 Overall, Renewal Agito is a great figure and I absolutely recommend it. It comes with everything it needs to, and the articulation is top notch. If you're looking for the most accurate and fun representation of Kamen Rider Agito then look no further. Do yourself a favor and pick this toy up. 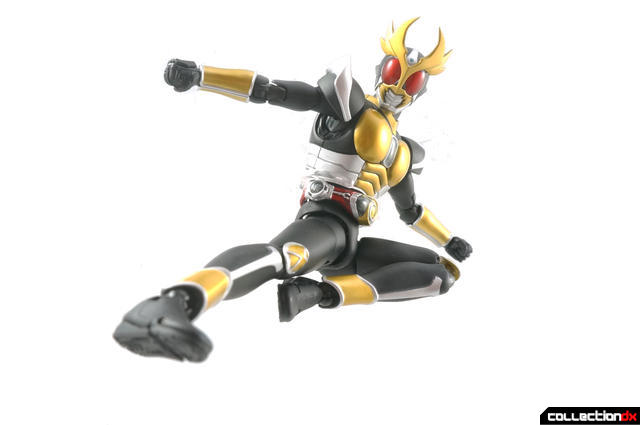