Danbo is the mascot from the massively popular Yotsuba&! manga. Maschinen Krieger is a popular line of model kits mostly built by people older than me. In possibly one of the weirder recent crossovers, SEN-TI-NEL has decided to combine these two vastly different series into one cute, yet hardcore sci-fi robot. 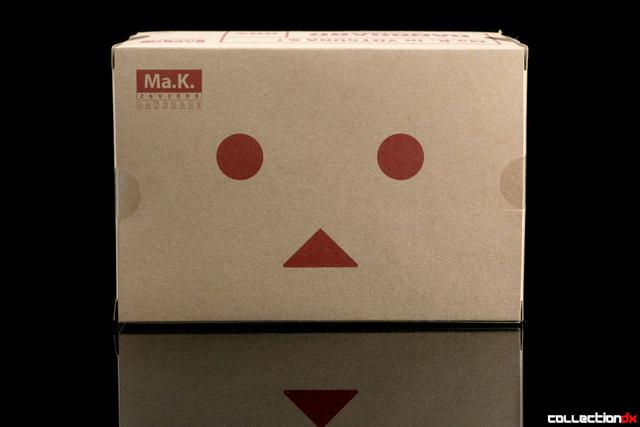 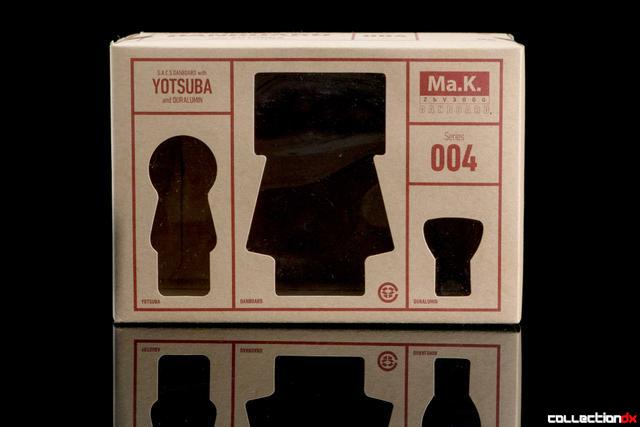 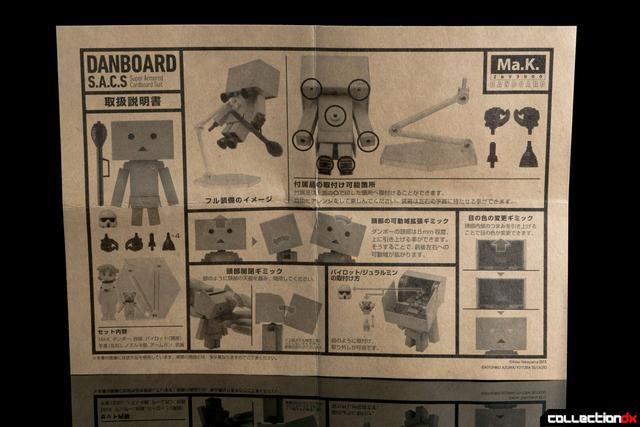 The Ma.K Danbo is packaged in a simple cardboard box with Danbo’s face on one side and cutout windows showing the three figures on the other. The box and instructions are styled after the Ma.K model kits and its neat really nod to the series. 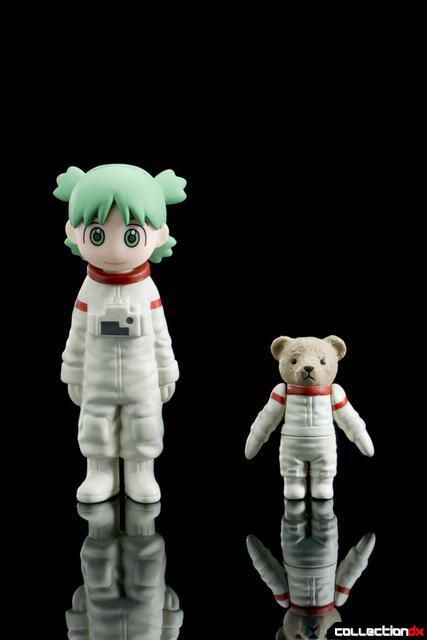 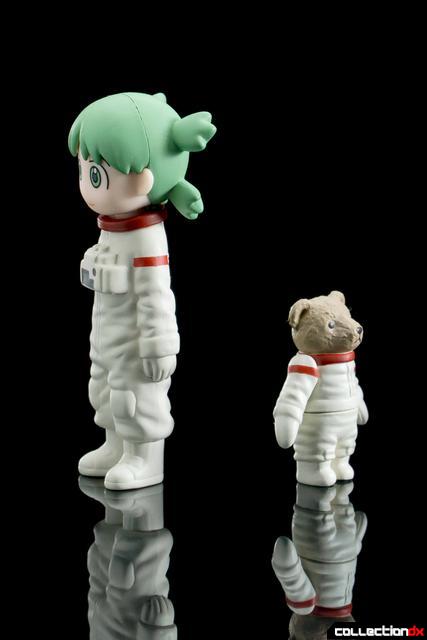 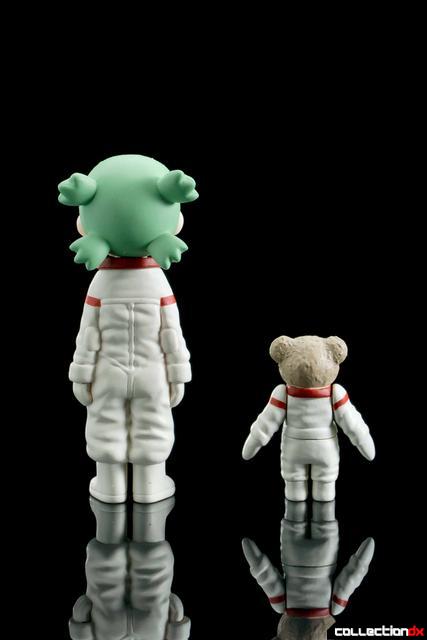 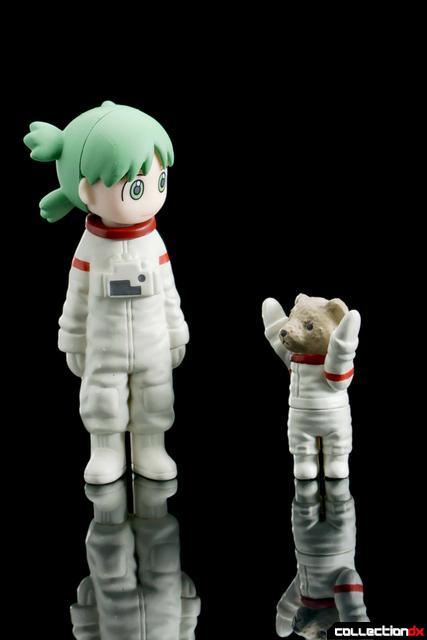 Along with the Danbo, a spacesuit version of Yotsuba and her teddy bear Juralumin are included. Unlike her normally happy expression, Yotsuba looks a bit solemn in her spacesuit, which was one of the biggest reasons I bought this. Another entry into my collection of sad looking toys. 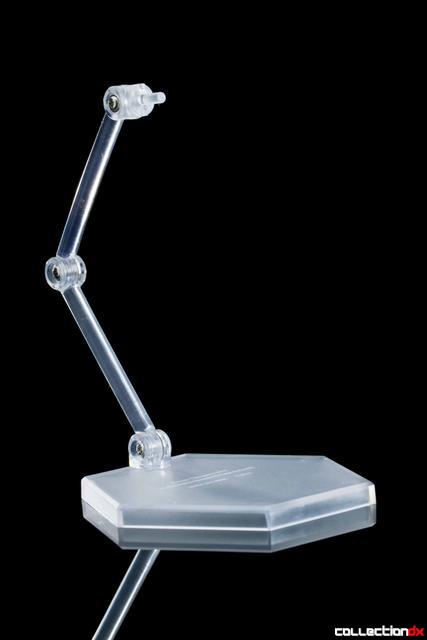 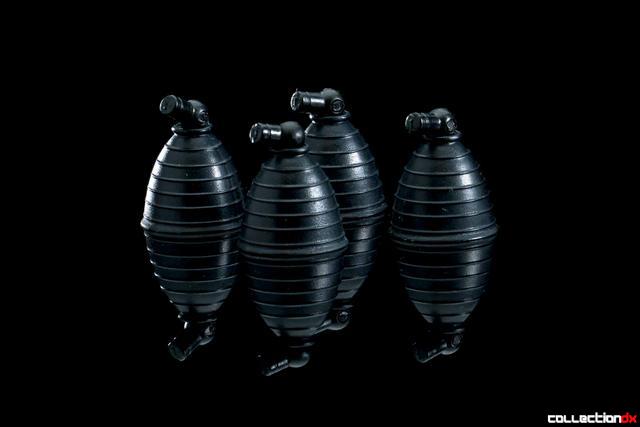 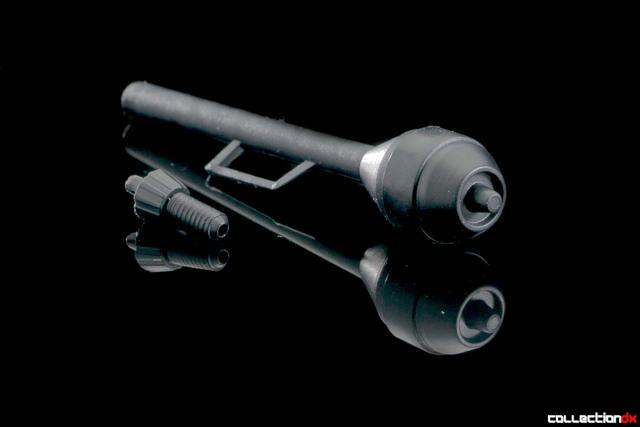 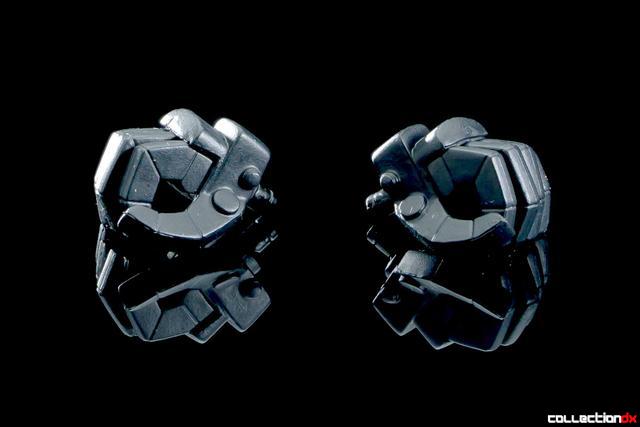 To truly make this a Ma.K Danbo, included are four thrusters that can be attached to the back of the head and legs. Two mechanical fists allow Danbo to hold the Sturm Faust and either fist can be replaced with an optional gun similar to the one found on the S.A.F.S Snowman. A simple little stand is also included to allow your Ma.K Danbo to fly in space. 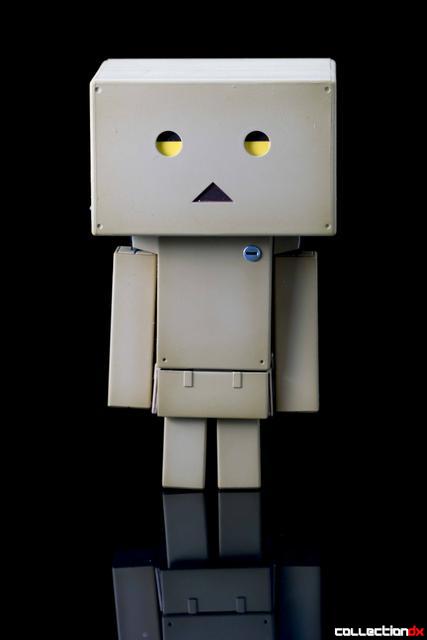 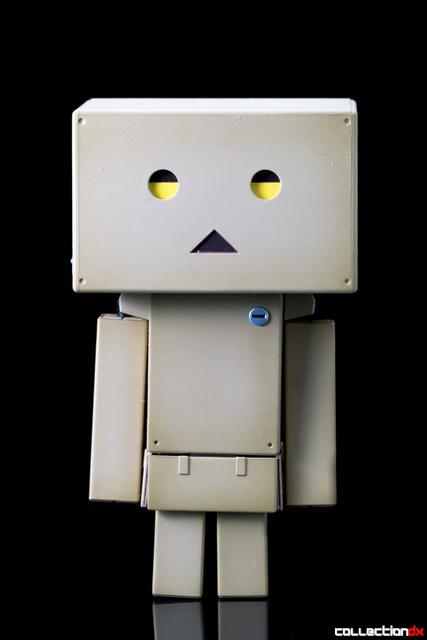 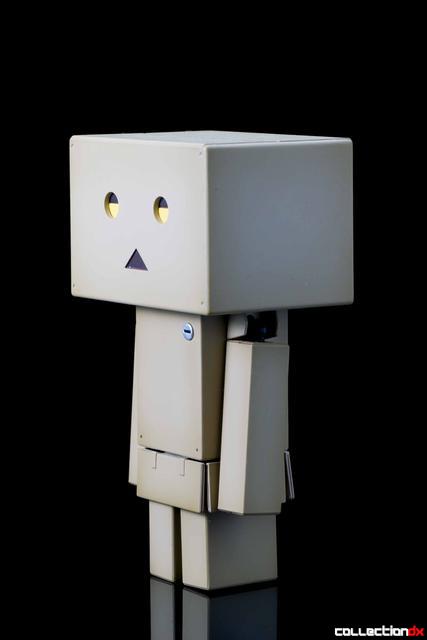 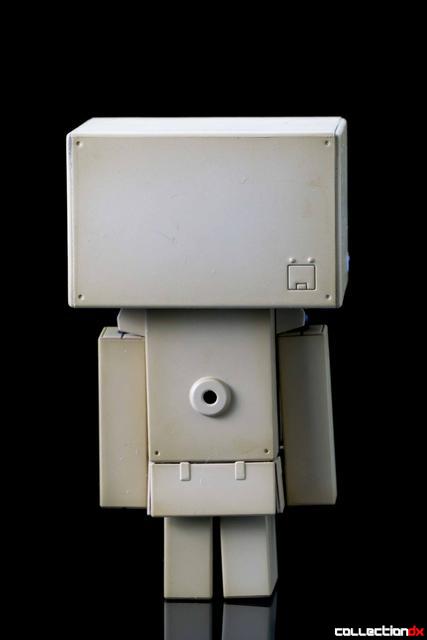 There isn’t much to say about the actual Danbo figure, it’s pretty hard to actually mess up such a simple design, so basically it looks like Danbo. The arms and legs can move and the head rotates. 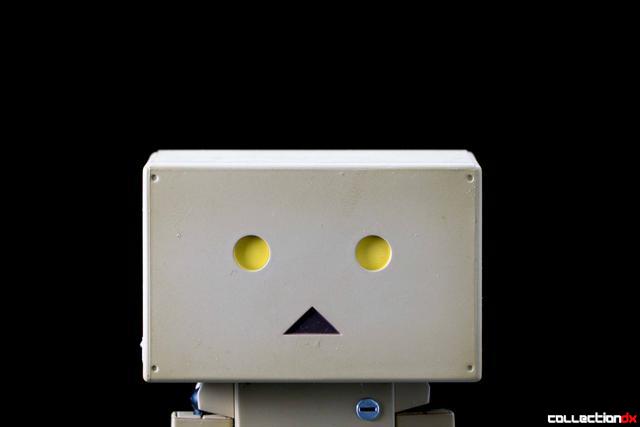 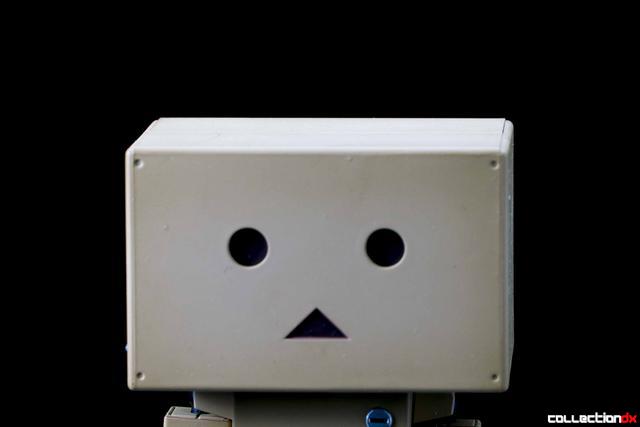 A switch inside Danbo’s head allows you to change the eyes from ‘off’ mode to ‘on’ mode. 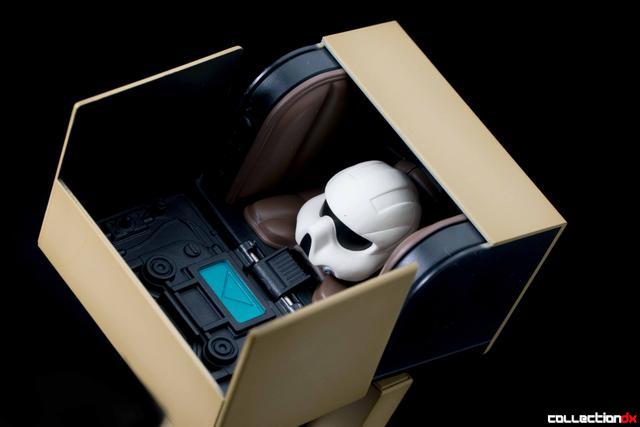 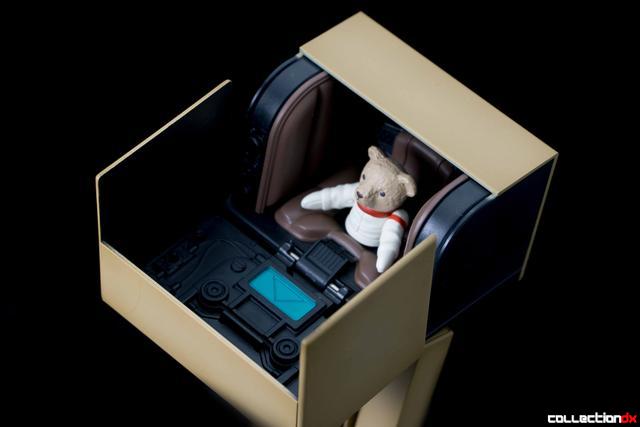 Danbo’s head opens up to reveal the actual cockpit with an S.A.F.S pilot inside. As a really neat feature, you can actually remove the helmet and stick Juralumin inside as a pilot instead. Unfortunately Yotsuba’s head cannot fit in the peg, which is a bit of a disappointment. 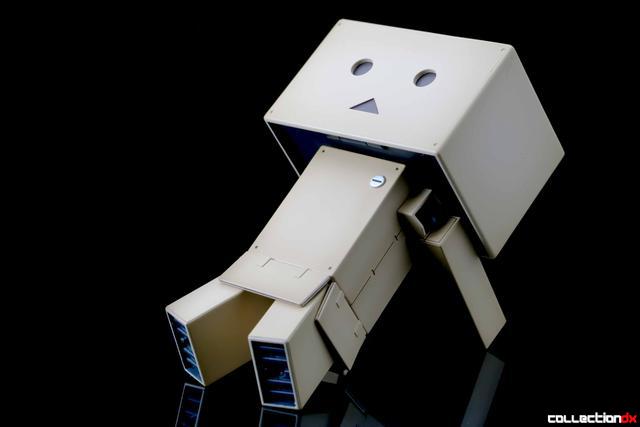 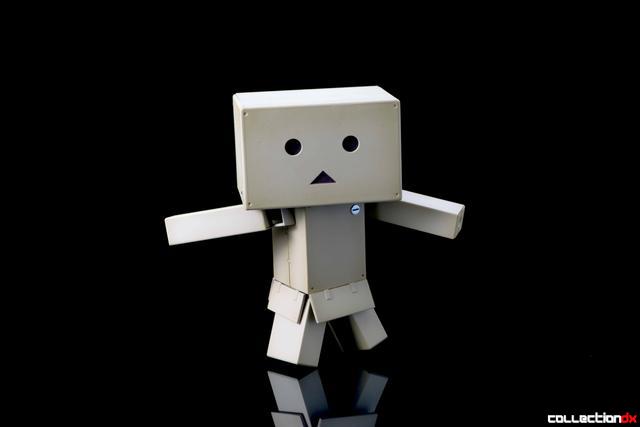 Articulation is what you would expect for cardboard robot, but one really annoying thing is that the hip panels have a range of about 45 degrees or so, severely limiting the range of motion of the legs. If they could have just let the panels go 90 degrees, Danbo could at least sit down. 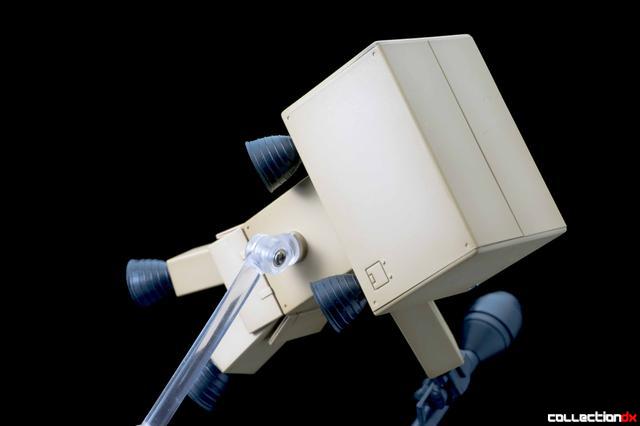 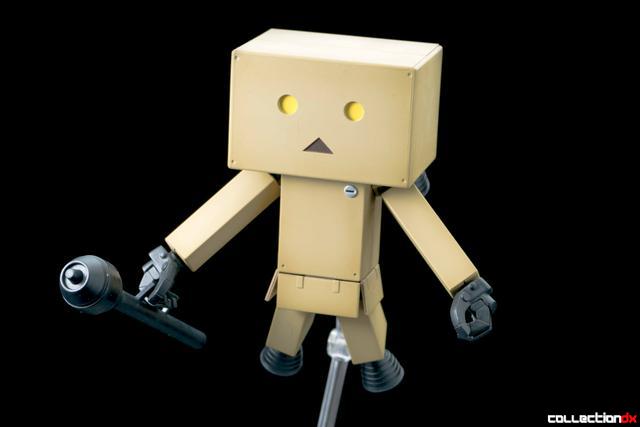 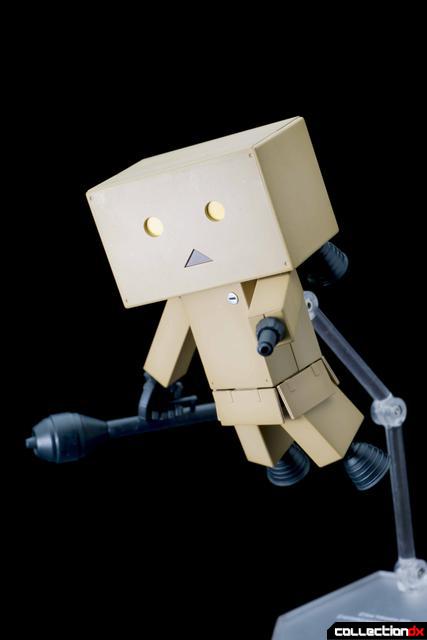 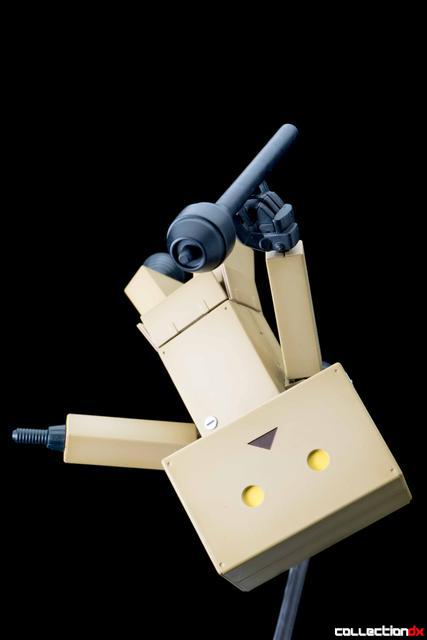 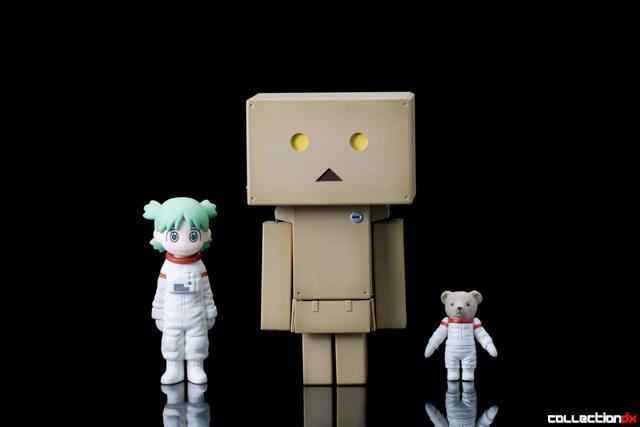 I really like the Ma.K Danbo as one of the weirder crossover toys I own. I love the Yotsuba&! manga and the Ma.K designs have always interested me, so it was something that I really looked forward to buying. While there are countless variations of Danbo available, this is also one of the few Yotsuba figures you can purchase. However with all that said, I’m not sure I would recommend this to anyone unless they are a big fan of either property, or both. Like all SEN-TI-NEL toys, it’s almost twice what you would expect to pay for. Yes, it has two extra little figures and some accessories, but it’s more than twice the price of Kaiyodo and Kotobukiya’s Danbo figure. It’s also weird that I’m complaining about articulation in a Danbo, but I think it’s indicative a bigger problem with many of SEN-TI-NEL’s releases. They have had quite a few incredibly great toys, like Josh’s Giant Gorg review of their recent RE:Edit Iron Man figures, but a lot of their amazing products are often hindered by rather weird design choices. Just adding a little more range to the hip panels would have greatly improved the figures range of motion for posing. You can see these weird design choices pop up in other releases like the Hurricane Polymer, Armorize Iron Man, Dino Getter 1, or even the fragile joints in their Black Getter. I think SEN-TI-NEL’s designs are amazing, but it’s also hard to support a company when the price of their products is significantly more expensive than what you would expect to pay for a similar product from other companies. I certainly don’t regret buying the Ma.K Danbo, but it’s definitely not something I would recommend buying on a whim. 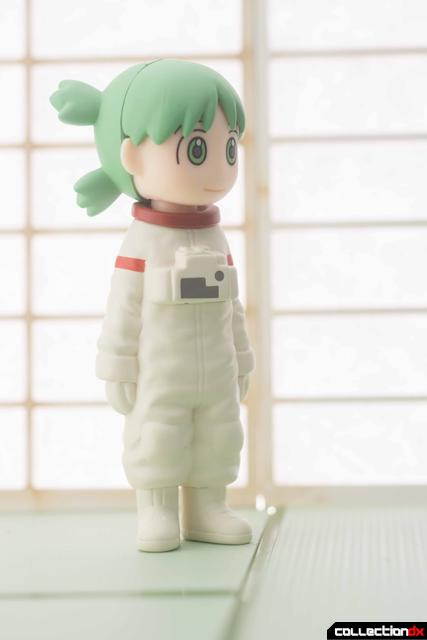 2 comments posted
What's with that seam on Yotsuba's head?

It looks like they intended to have a removeable faceplate for different expressions, but gave up on actually doing it.

I think thats how most toys with hair are made, it might just be the easiest/cheapest method do to it.