Along with Gaia Frame, Frame Robo had two other figures available at launch as well: Mars Frame and Mercury Frame. We'll get to Mercury shortly, but today it's all about the big red guy. 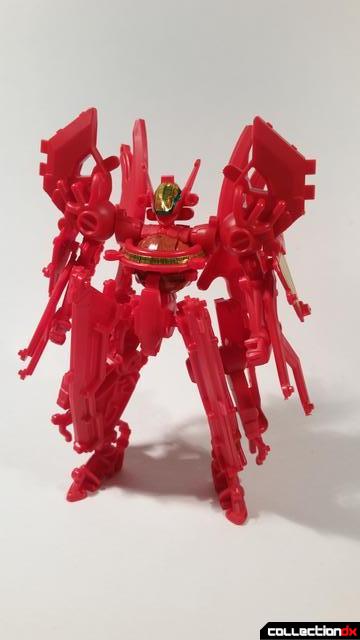 What I really appreciate about Frame Robo is that every single frame isn't just cookie cutter construction. Every frame is unique and seeing the ways that they transform into their robot modes is a lot of fun. 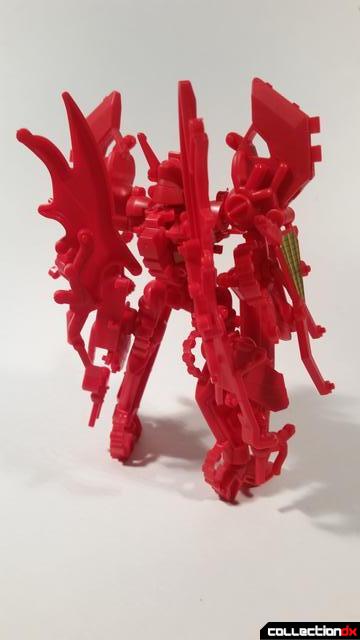 Gaia Frame is a whole lot of random spiky parts flying everywhere. Mars Frame however, is a whole lot more geometrically defined. Parts just look more solid and he winds up with what feels like less random bits of the frame stuck on his body. 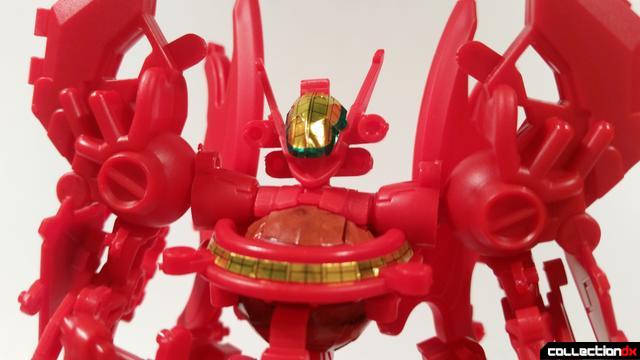 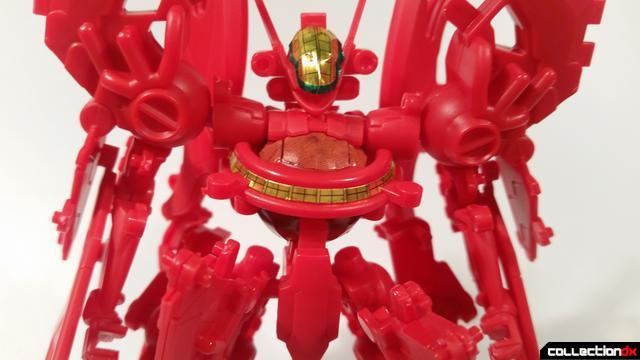 And much like Gaia Frame, the entire planet of Mars is inside of his chest! 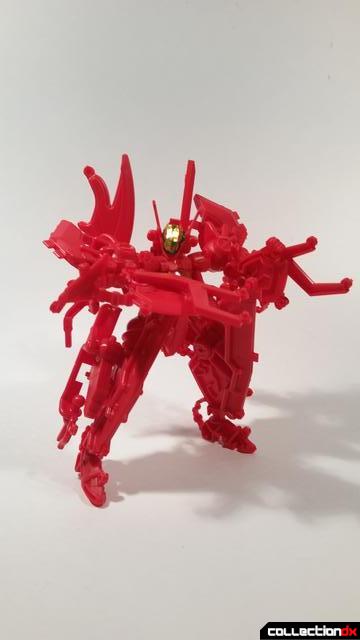 The articulation on Mars Frame is near identical to Gaia Frame. Although there are also some extra bits like the solar panels on its shoulders that can move up and down as well that make me just have more fun posing this one. 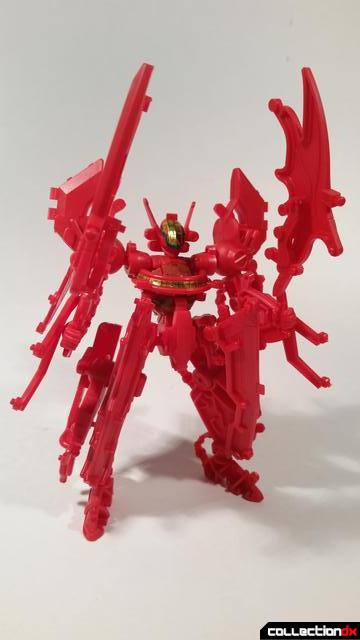 You can take off the funky dragon wing looking bits off of his back and use them as a neat part of swords. At the least, it looks more convincing than Gaia Frame's blade-things. 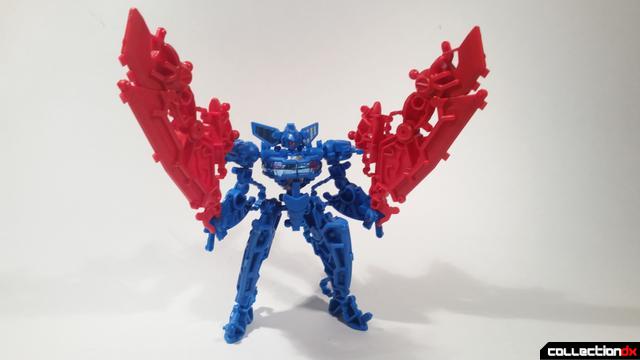 Also like Gaia Frame, you can turn Mars Frame into a pair of melee weapons! Mars Frame just turns into giant freaking swords. They're huge, and point looking, and just ever so fun. 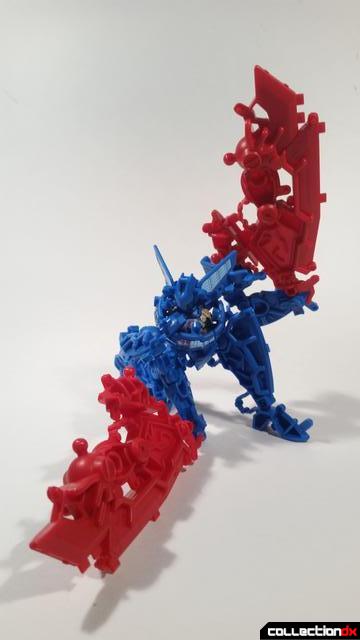 The Mars Frame is pretty similar to the Gaia Frame in terms of assembly, but overall it just feels like a more solid figure. It just looks better to me in robot mode, and its extra parts feel a lot more though out than Gaia's. It's definitely my favorite of the two so far.