Leopard Gun (Leopard Cold Light Gun) 铠力天地 is one of the combining dart gun robots from the Armored Forces of Heaven and Earth line by Kaili Toys out of China. If you have been following the other reviews, you know that I am totally enamored with this line.

The five different guns combine to form a giant robot. Sadly, as of this writing, I only have three, but the other two are on their way from China. This one forms the left leg.

The package is again very nice, with a big window to see the toy in robot mode. The whole thing is covered with sharp computer graphics which depict the toy in action poses that it can't possibly achieve. 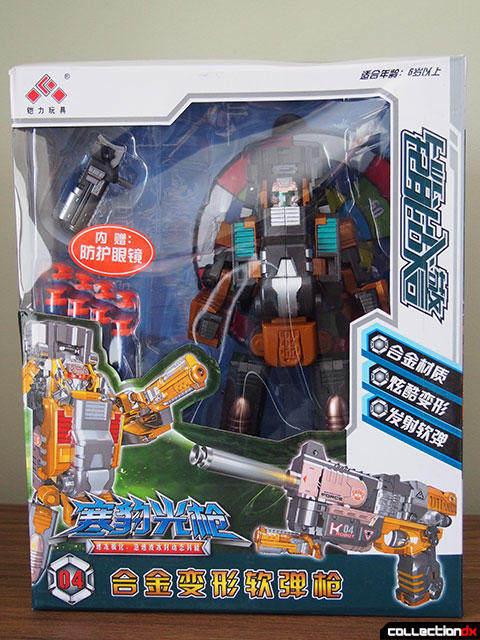 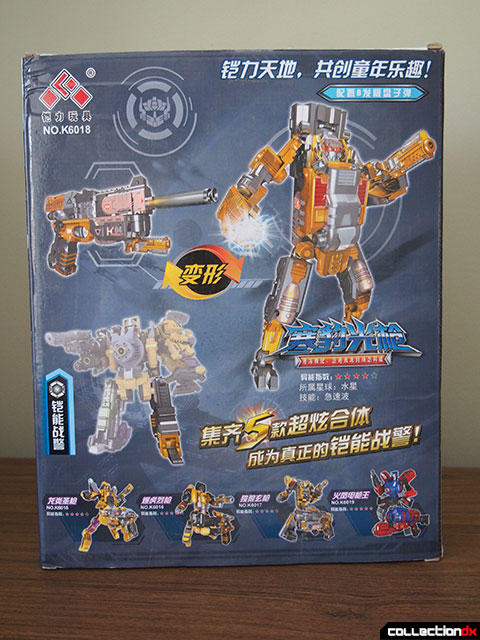 This one is interesting as it has most of it's diecast in the upper chest, which will become pistol grip parts in robot mode. It seems vaguely Leopard like, and it's proportions even remind me of Beast Wars Cheetor a bit. 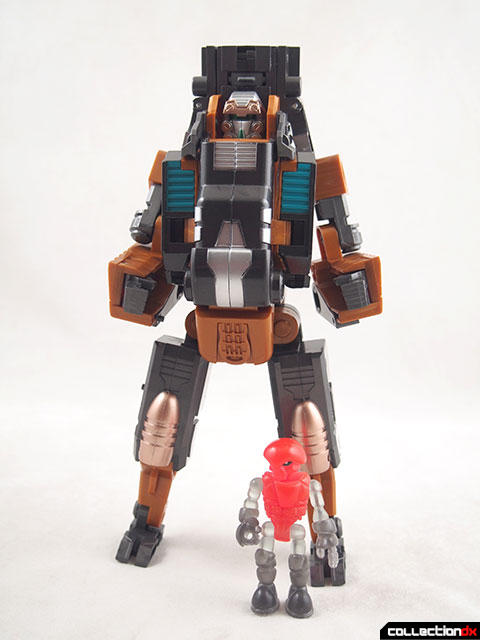 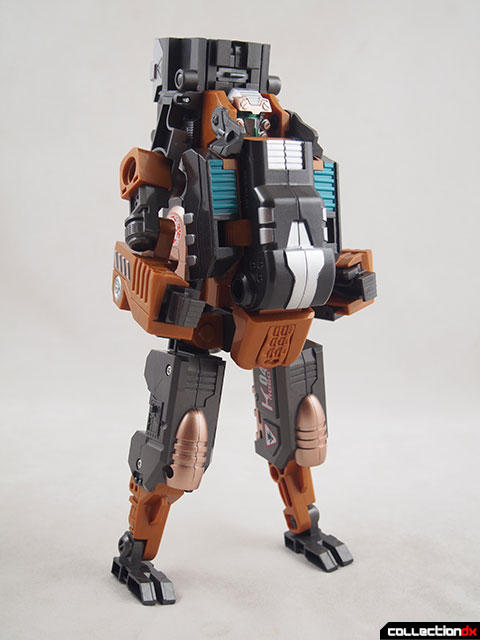 The firing assembly makes up the bulk of the back, which when combined with the metal in the chest makes him top heavy. Also, the whole section does not click together, which makes him slide apart if you pick him up from the head area. 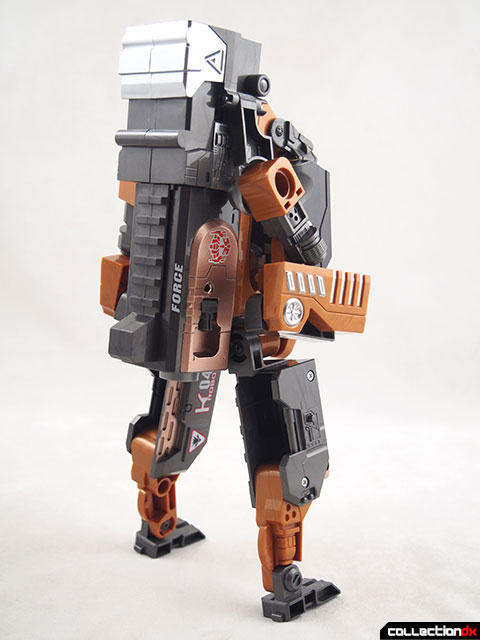 Also, due to the transformation, he's the least poseable. 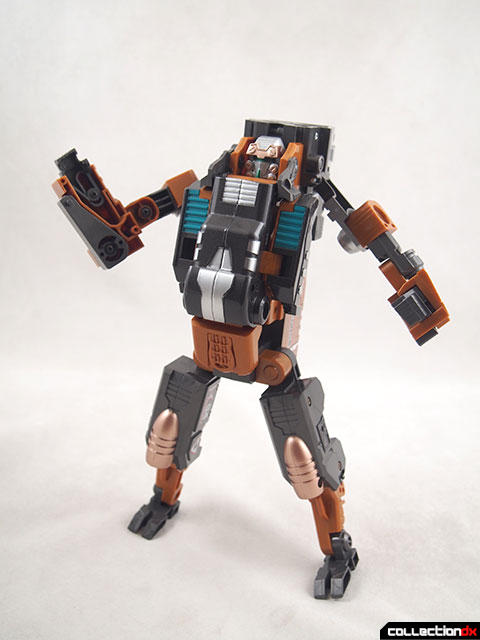 A small pistol is included that can be held in either hand. 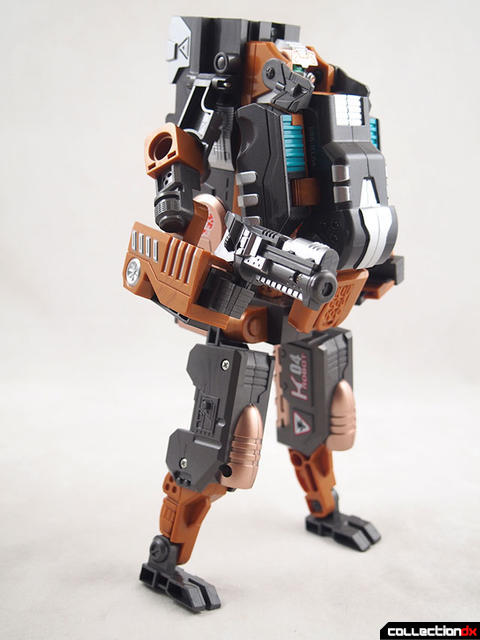 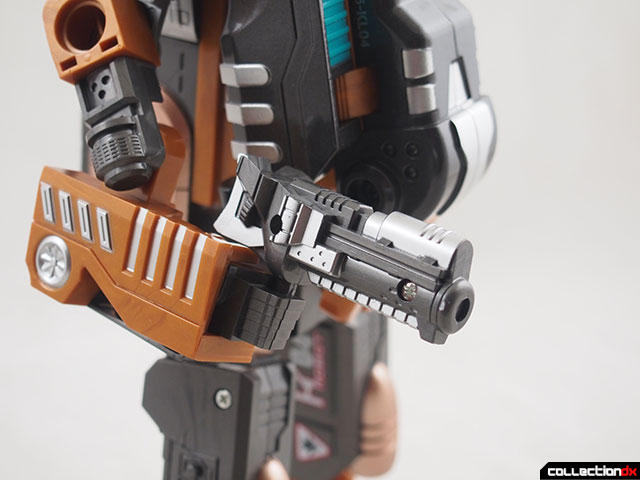 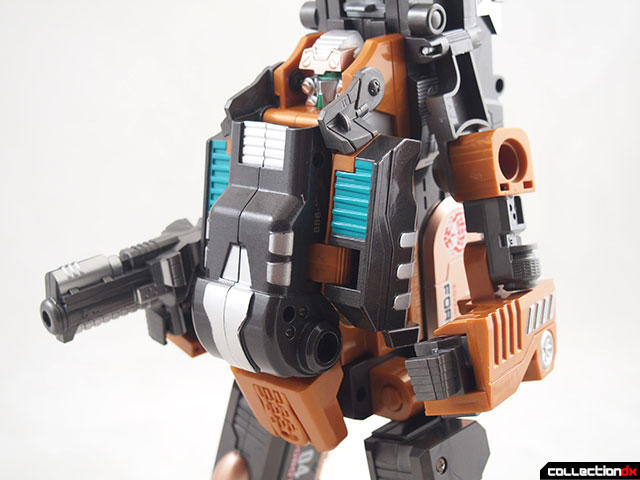 In gun mode, it's nice and compact, but still a regular size blaster. The metal in the hand makes it feel important. Pulling the top section back cocks the trigger and pulling the trigger releases the dart at amazing speed. 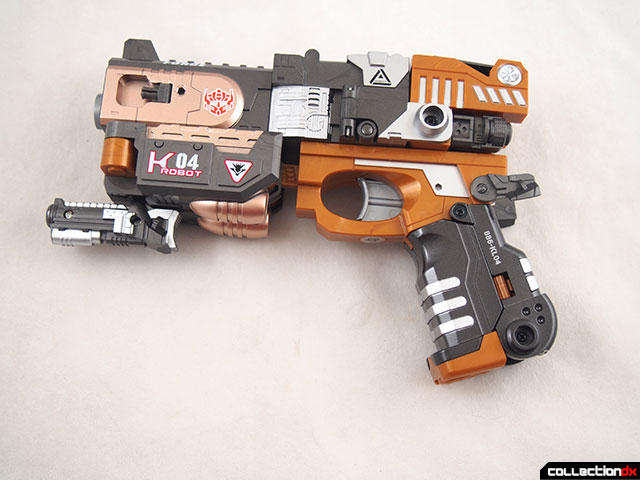 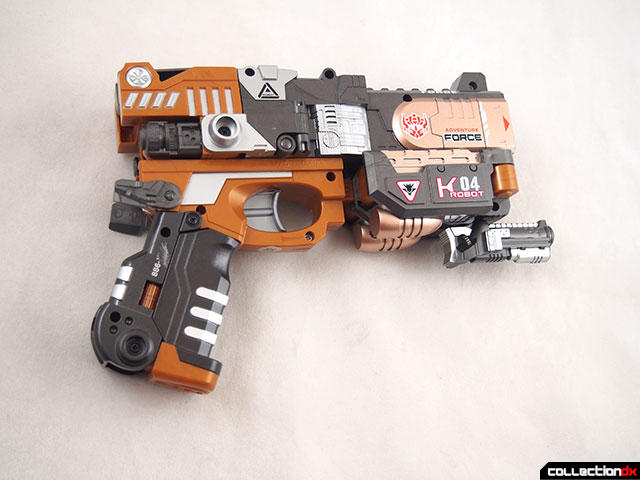 Again, this set includes darts, a target, and safety glasses. 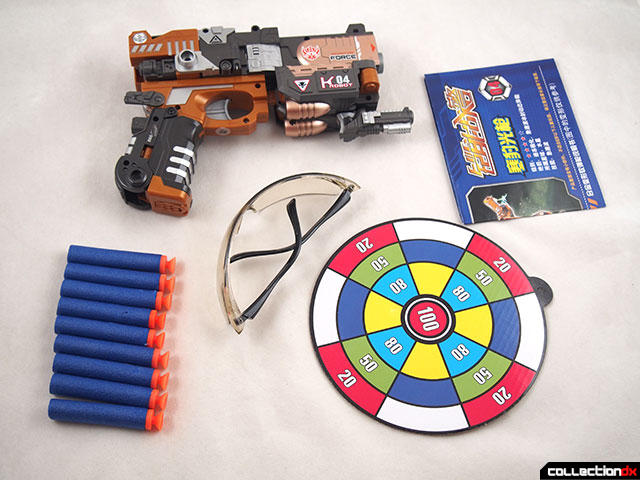 The toys in this series are of a remarkable quality considering they are from a mostly unknown company. Hefty die-cast metal construction, amazing paint apps, interesting transformation while still being functional dart guns that ALSO combine into a giant robot. What's not to love?

You can get your Leopard Gun at Gearbest.com!