One of the very first Star Wars toys I ever owned was the Landspeeder. I vaguely remember the apartment we lived in on the second floor on Beacon St. It was 1978 so I was maybe all of 5 years old. I had a play room that was in all likelyhood a closet, and I remember it being littered with toys. I played the hell out of that Landspeeder, eventually breaking off the center engine. I have more vivid memories of my childhood through toys than I do of other events. Is that normal?

Nevertheless, the Landspeeder holds a special place in my heart. As a result I could not resist the Tomica diecast Star Wars Landsepeeder.

This is number TSW-06 (Tomica Star Wars, get it?) in the line which has consisted of die-cast representations of figures and vehicles from the Star Wars saga. Tomica is mostly known for their diecast vehicles (similar to Matchbox or Hotwheels) so producing die-cast replicas of the most famous ships in Star Wars is not a stretch.

The box retains similar Tomica branding, and has photos of the product on all sides. I am a sucker for consistent branding, and nobody does it better than Tomica. 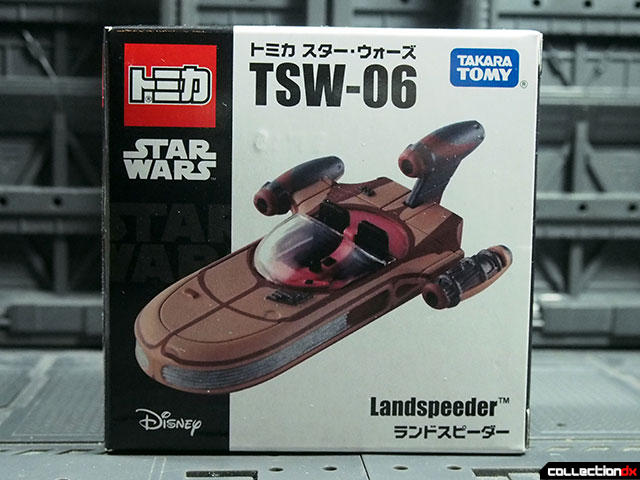 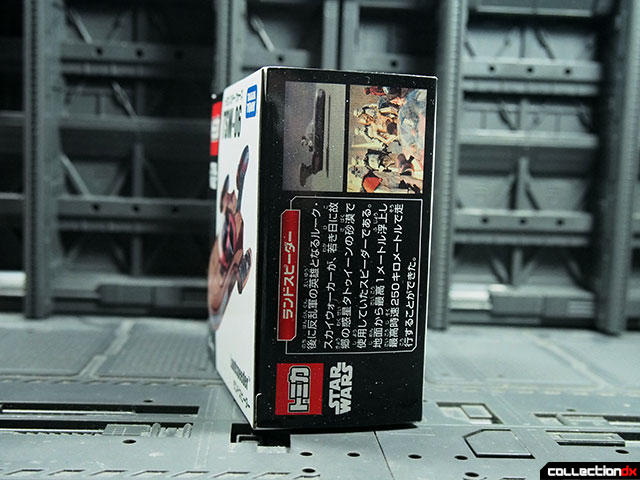 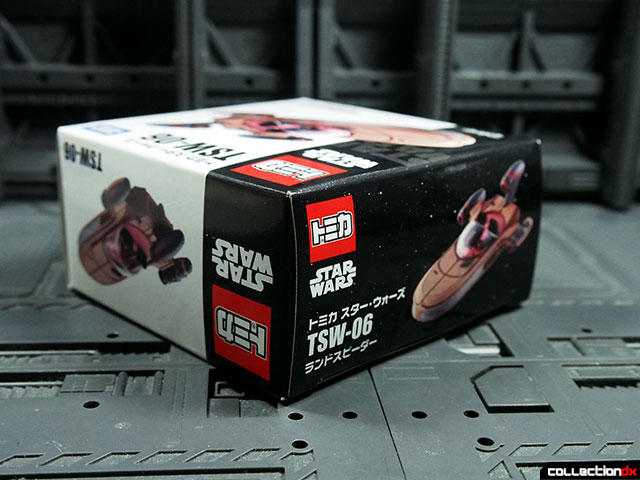 Inside you get a clear plastic tray and instructions. 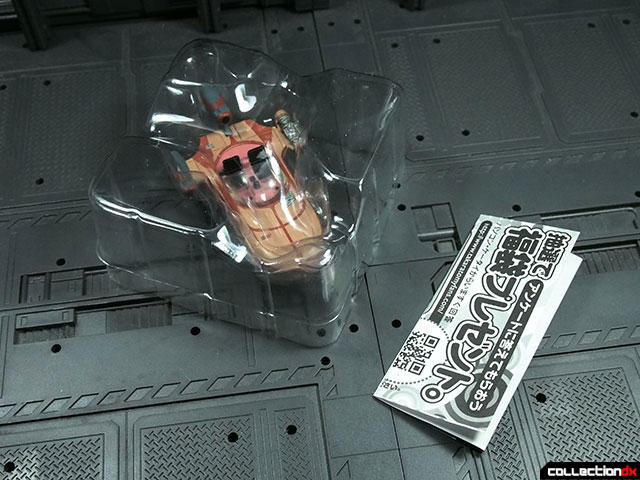 Luke's X-34 Landspeeder is small, but made almost entirely out of diecast metal. It's a little bigger than your average Hotwheels car, and much better looking. 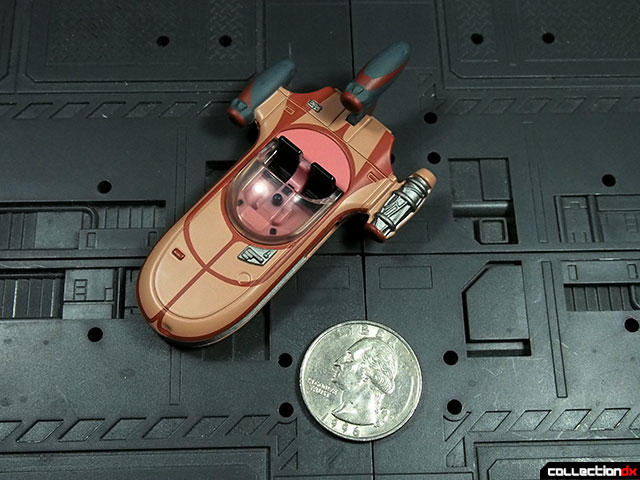 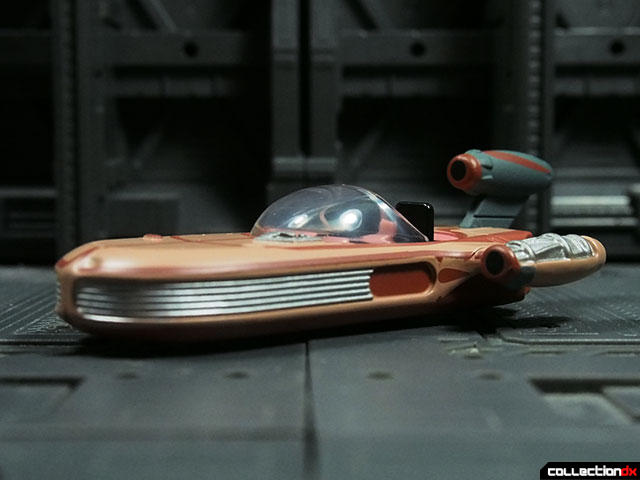 All the requisite details are there, from the chrome hood to the exposed engine on one side. In that sense it's more faithful than the original Kenner toy I had years ago. 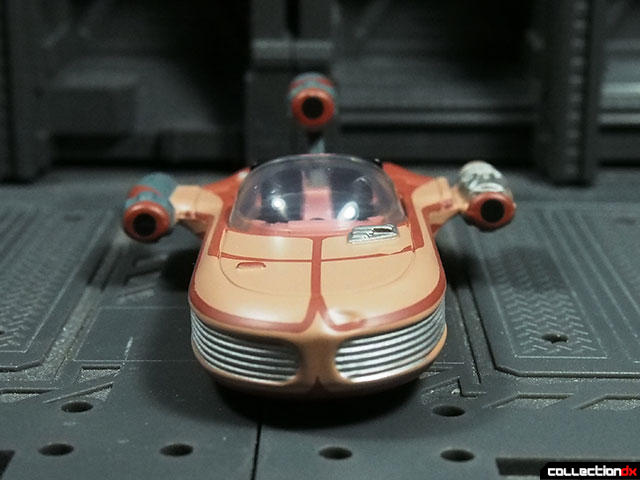 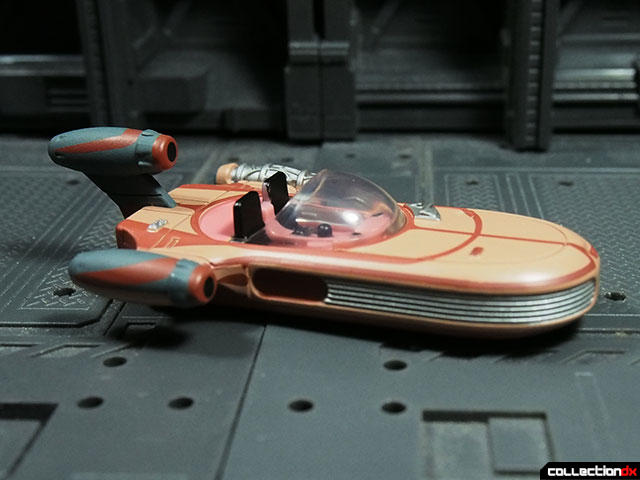 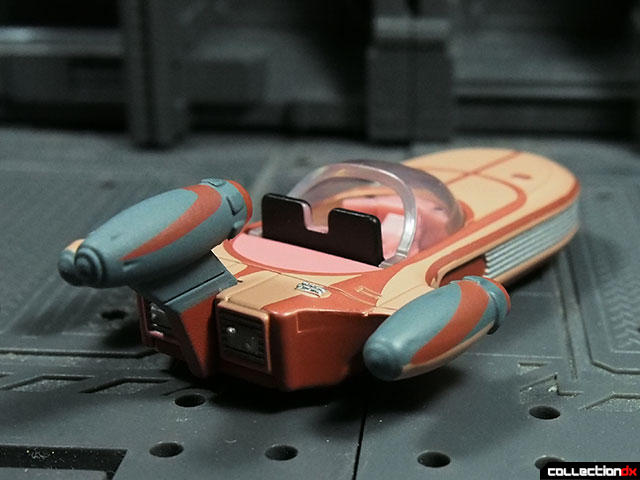 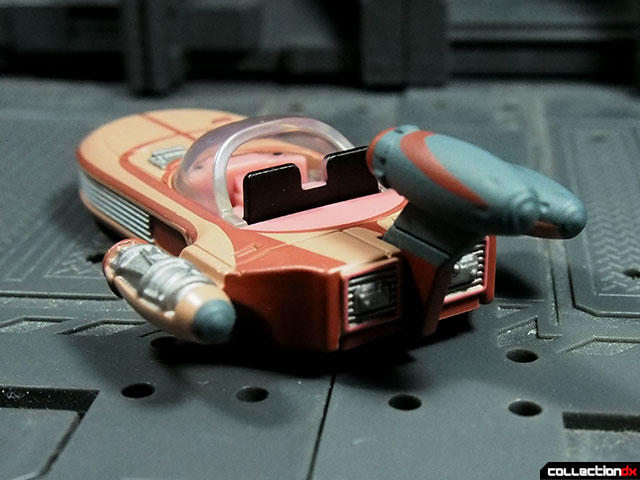 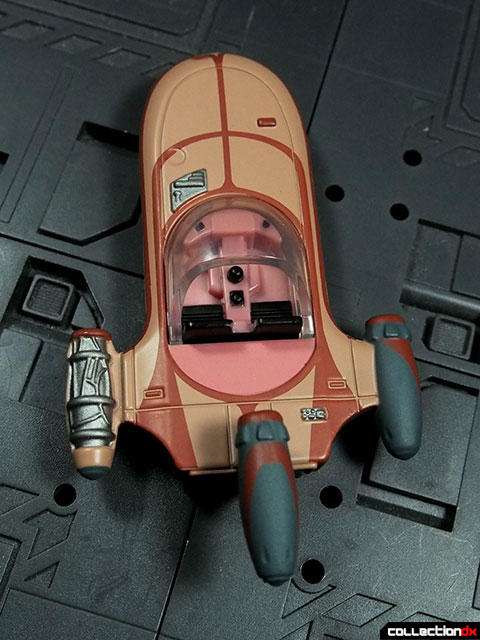 Underneath there are three clear wheels that the Landspeeder can glide on, and also there is a hole for a stand, although no stand is included. It should be interchangeable with any other Tomica Star Wars stand. 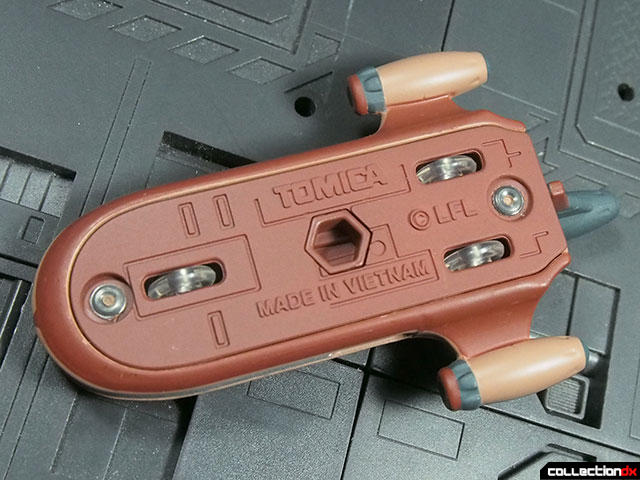 Made in Vietnam? When did that become a thing?

Anyway, at 800 yen there's no excuse not to throw a few of these into your next order from your favorite retailer. Cheap, cool fun.

2 comments posted
I hear Transformers and all

I hear Transformers and all of TakaraTomy's stuff are being made in Vietnam now too.

I guess that's the new China?