As pretty much everyone on the planet knows at this point, Kylo Ren is the main antagonist of the new Star Wars Trilogy. 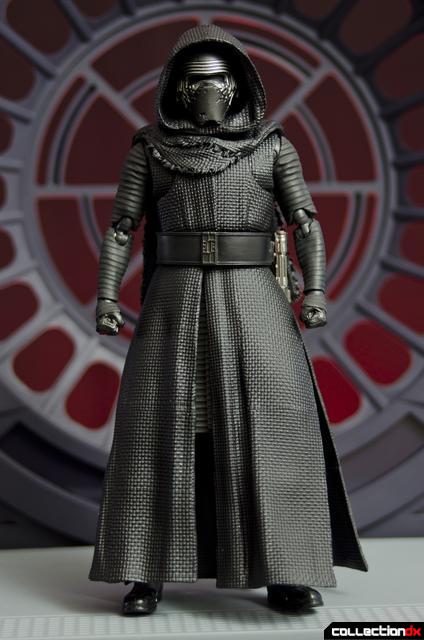 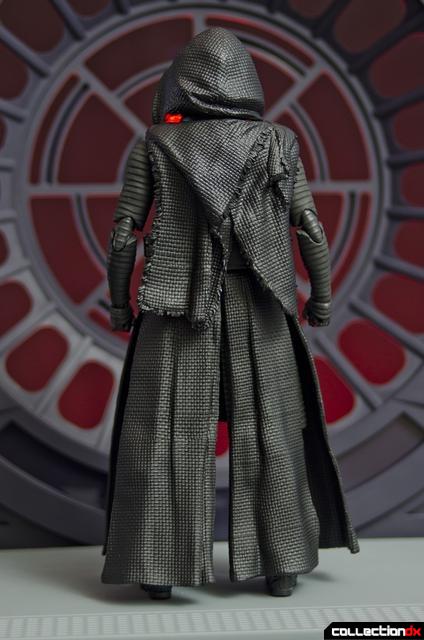 Not much is known about Kylo Ren's fall to the dark side yet except that he draws his name from the from the Knights of Ren, 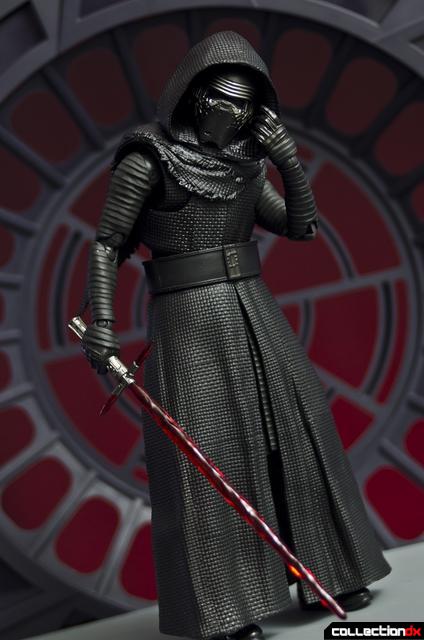 Kylo Ren comes packed in the standard Figuarts Window box. Included are 4 sets of hands, two light saber hilts (one for holding, for hanging on his belt), and an activated light saber. 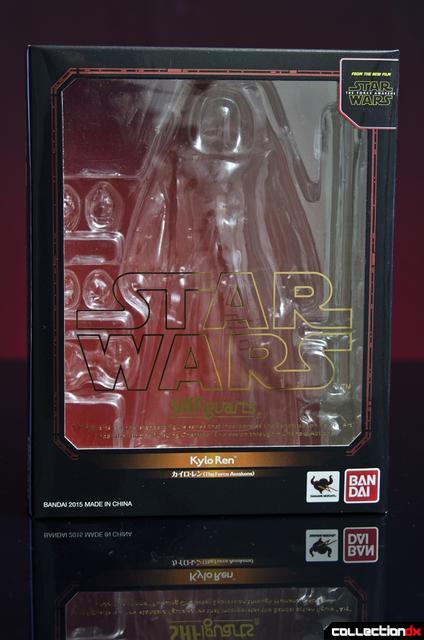 Kylo stands almost exactly 6 inches tall, which seems a little short to me as he is very tall in the movie. I have pretty much the same complaint about all the Star Wars figurats save for Luke, so if you're only collecting the figuarts line, it's a non-issue.

Figuarts on the right. Black series on the left. 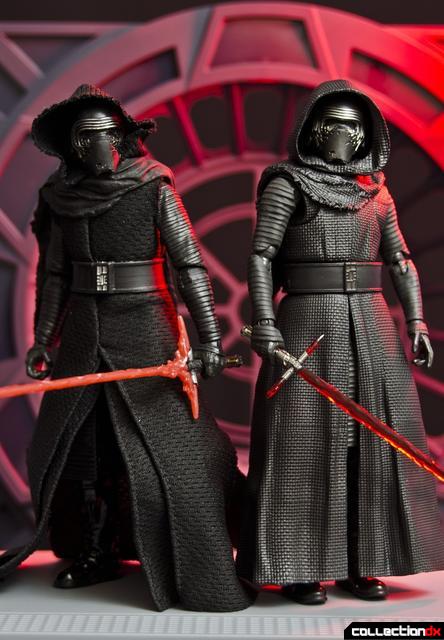 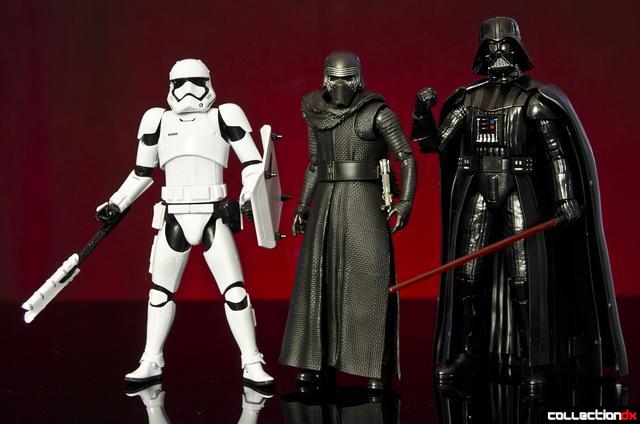 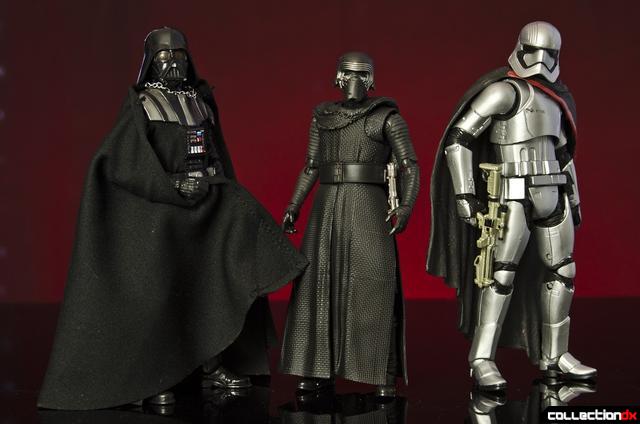 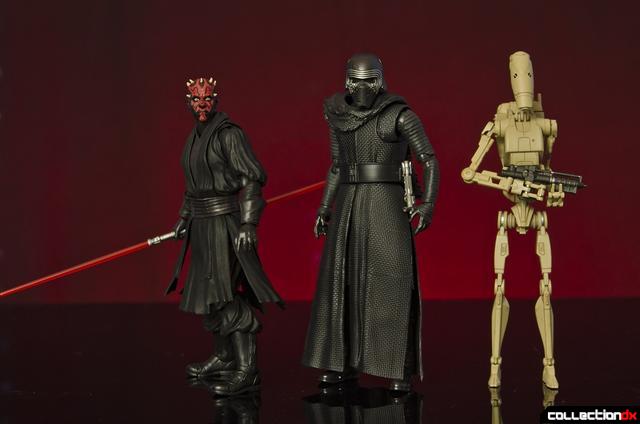 The paint, what little of it there is, is sharp, and applied very well. The silver on the mask is well done, and the light saber in particular is very well painted with all of the little details picked out. 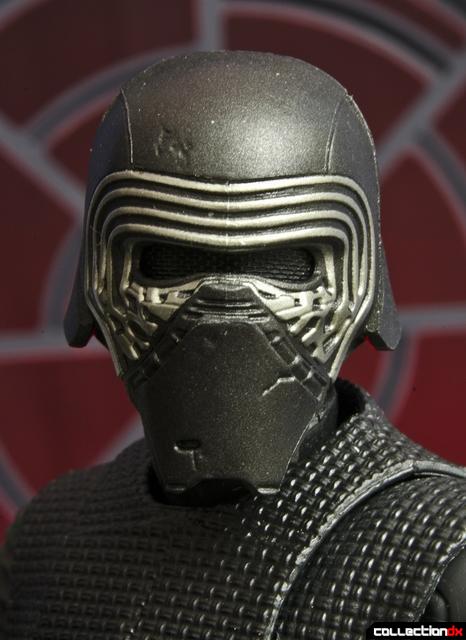 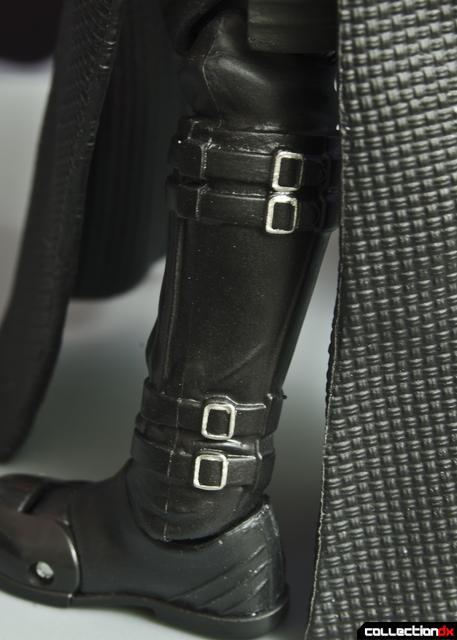 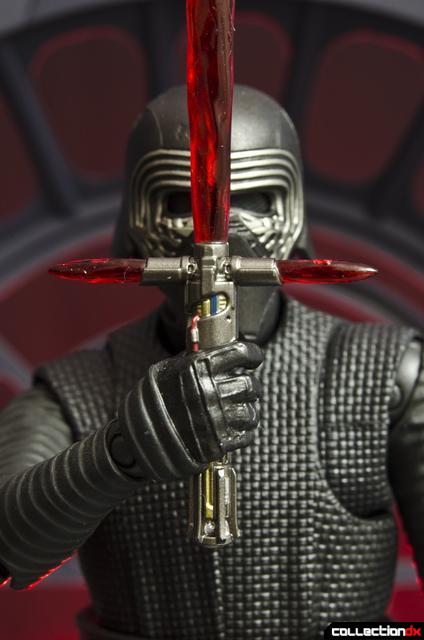 Articulation is pretty much what you would expect from Figuarts. Kylo has no problem holding his light saber with both hands. 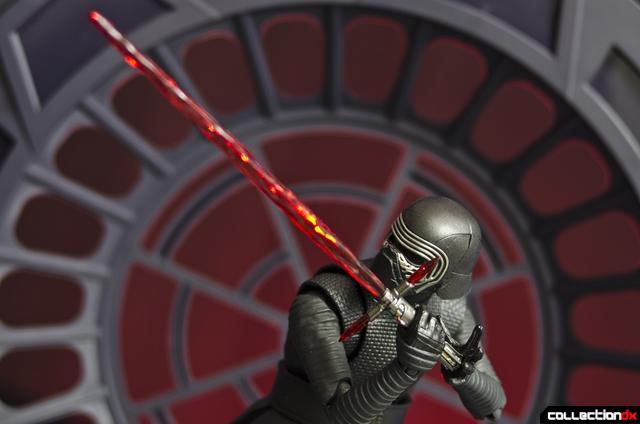 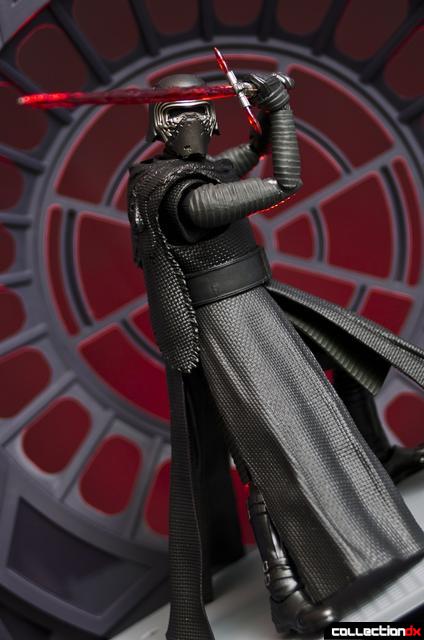 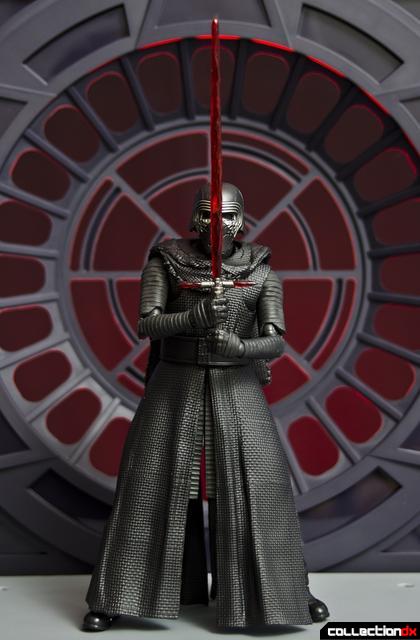 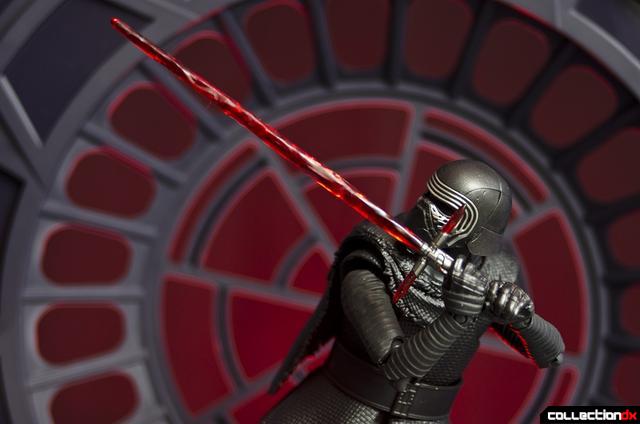 The shoulder joints are on a butterfly hinge, the neck is on a double joint, and the torso has a wide range of motion. 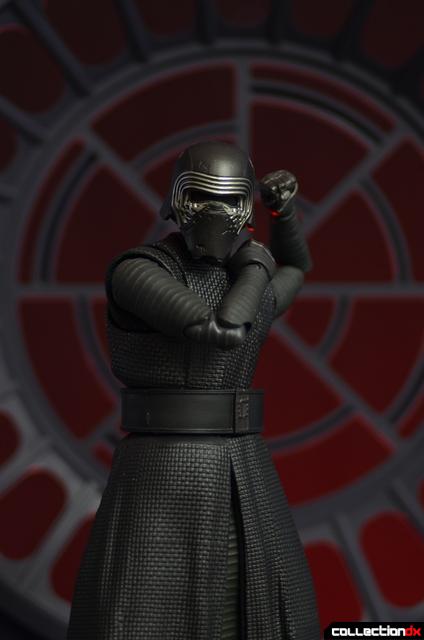 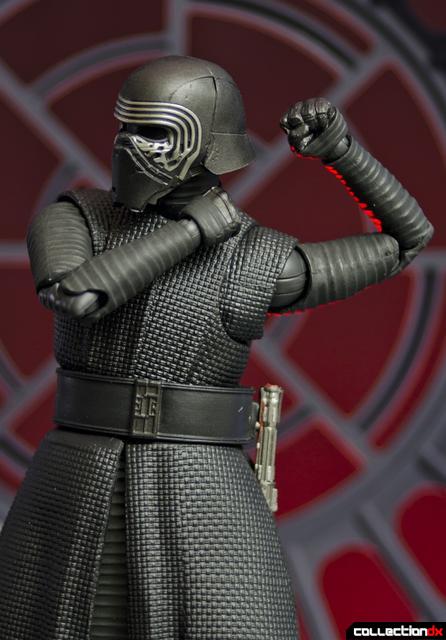 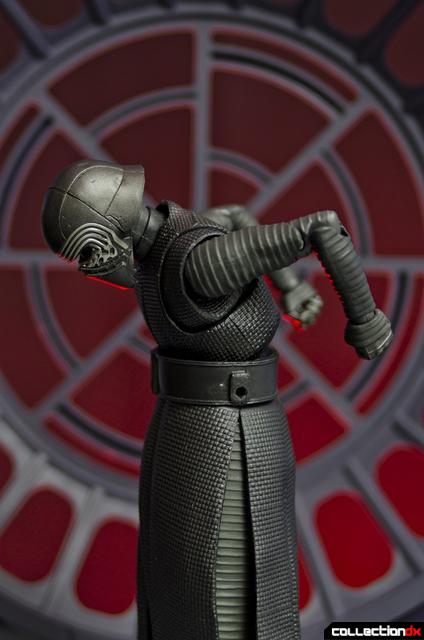 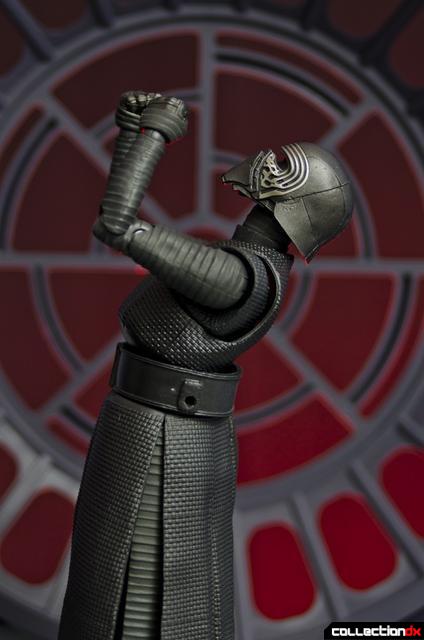 Kylo has a hood, cape and inner and outer skirts made out of soft plastic. The cape and hood are easily removeable. The outer skirt can be removed, but it obviously wasn't designed to be as it leaves a gap between the lower torso and belt. The lower skirt is really my only complaint with the figure. While it's made out of soft plastic, is doesn't look natural at all if the legs are posed crouched. It drags the ground and just kind of sticks straight out in all directions. 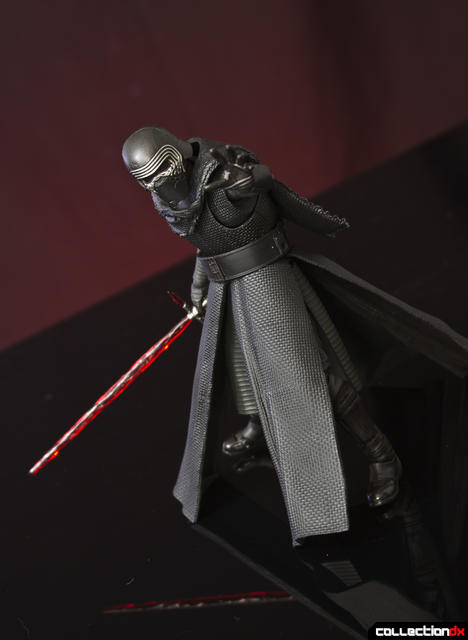 Aside from the swing and miss with the skirt, the figure is very well done, and looks great in a variety of poses from the movie. If you're collecting the Figuarts Star Wars line, Kylo Ren is a excellent addition. 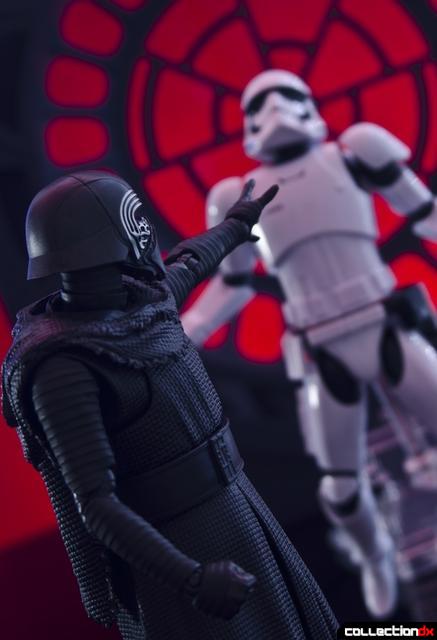 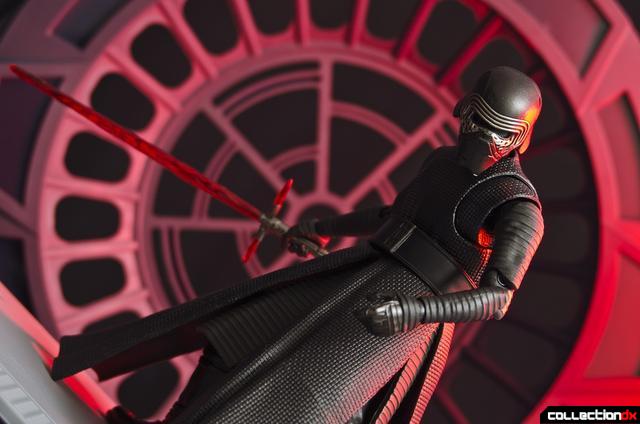 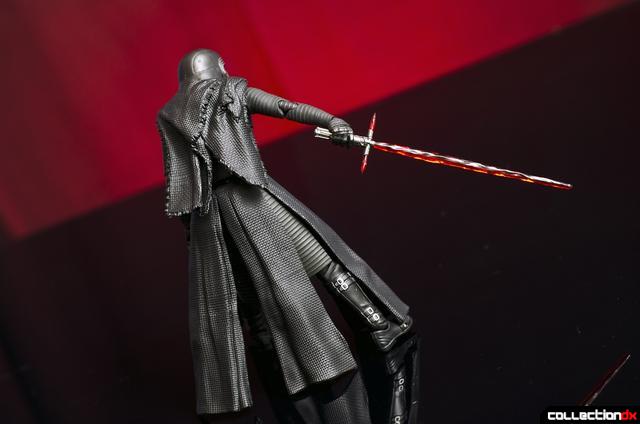