Kamen Rider Mach is the secondary Rider (well, one of them but SPOILERS) for the current Kamen Rider series: Kamen Rider Drive. Kamen Rider Drive is different from any other series for having the titular hero drive a car exclusively. So, to complement a Car Rider, Mach was introduced as a Rider who only rides motorcycles. If you're still not convinced, just look at his Evel Knievel design influences.

Since every Kamen Rider except Kiva gets S.H. Figuarts representation, let's look at little plastic Mach. 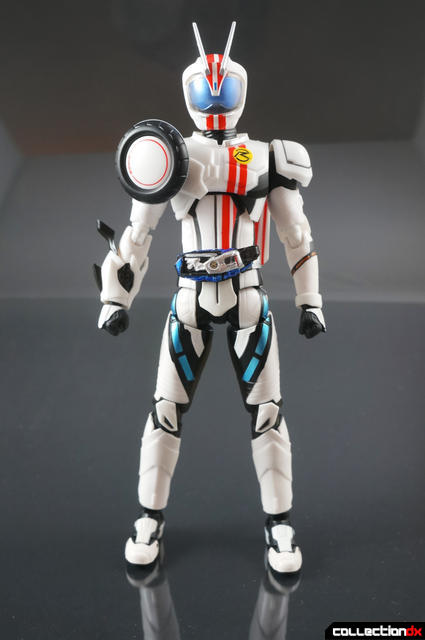 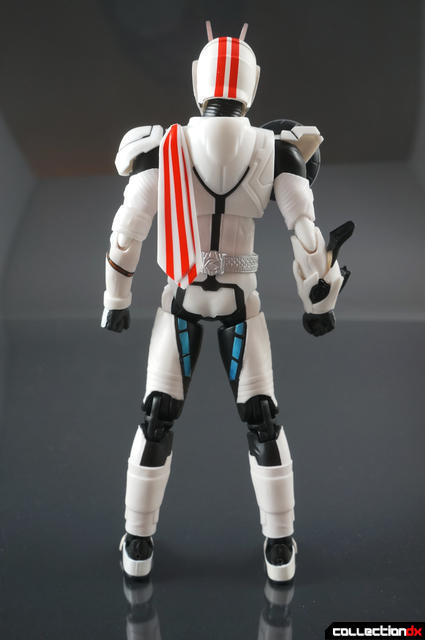 His suit is recreated very faithfully here. He looks like a motorcycle racer, and that's fine. There are a lot of fine details and paint applications that are masterfully rendered. 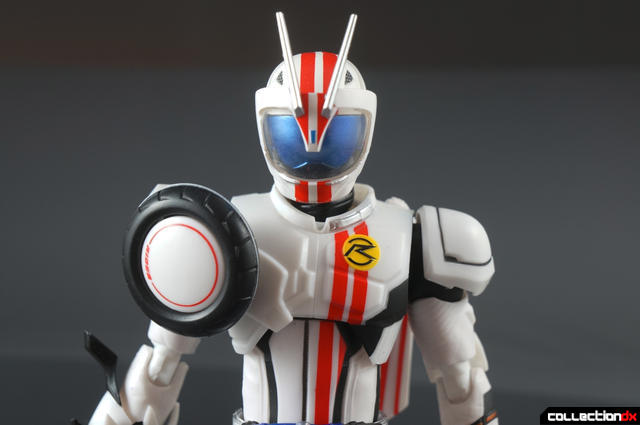 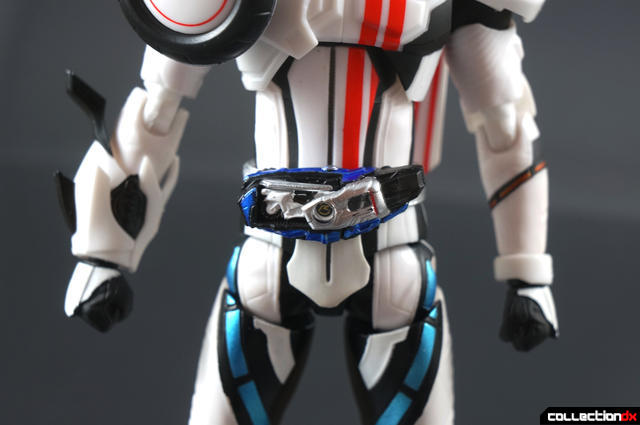 The belt is really nice, and actually functions exactly as it does in the show. You can pop up the Signal Bike slot and replace his standard Signal Bike with other Bikes (sold separately). 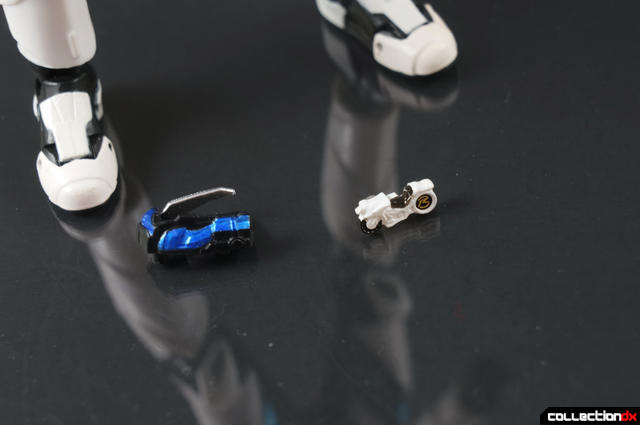 This is really interesting, because the Driver is so tiny, yet essentially 100% functional. 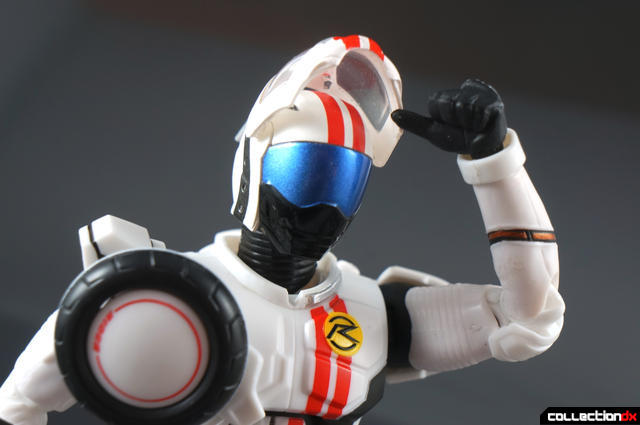 His helmet also pops up so he can vent his extra power when he is done whooping some Roidmude hiney. 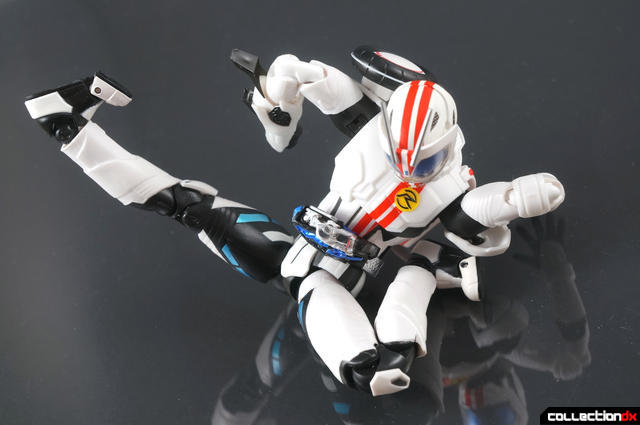 Mach has a lot of great articulation. He has all of the articulation of the other latest SHF releases, and his range of movement is exceptional. I really love the legs and hips. 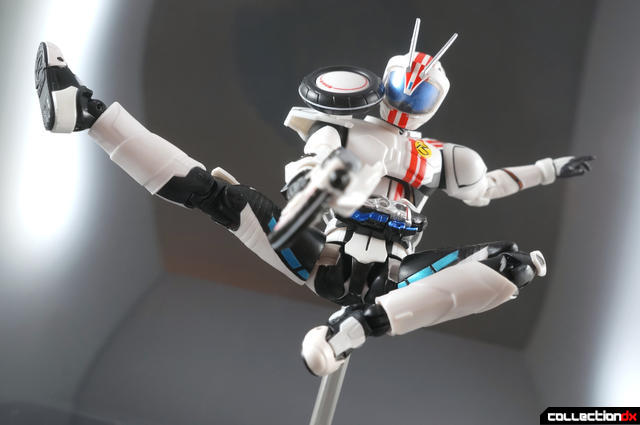 There is nothing to get in the way of his movement, so he is completely unhindered. This enables him to achieve a lot of great poses. 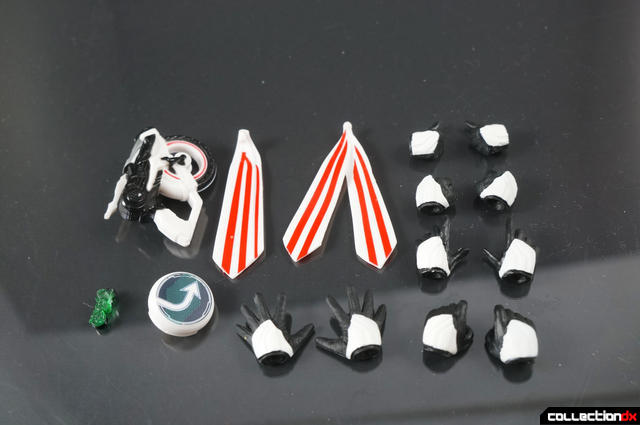 Mach also comes with a lot of accessories. He has two different scarves, a collection of hands (fists, open hands, calm hands, thumb hands, and gun-holding hands), the Magarl Signal Bike, the Magarl Signal, and his Zenrin Shooter. 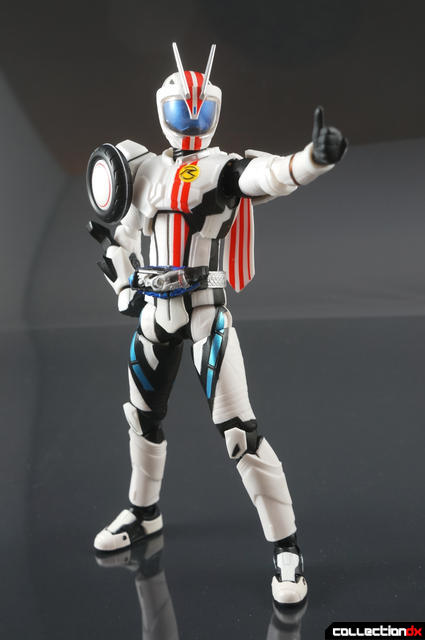 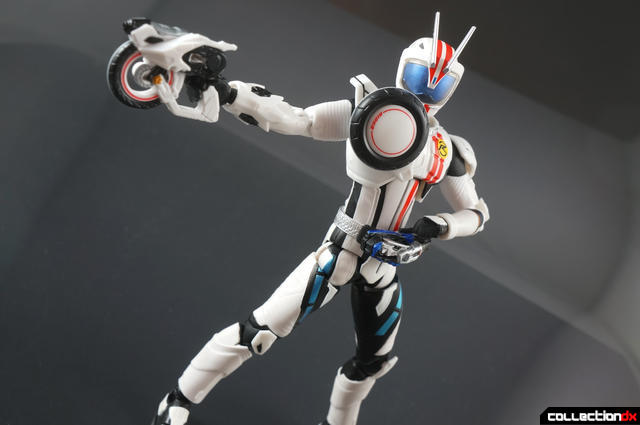 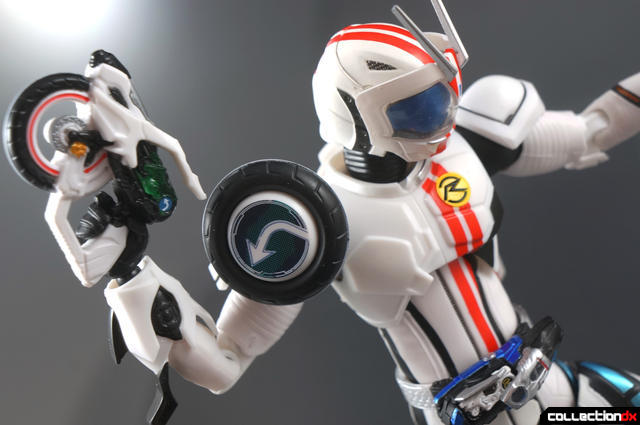 Yeah, he comes with so much more than Drive. 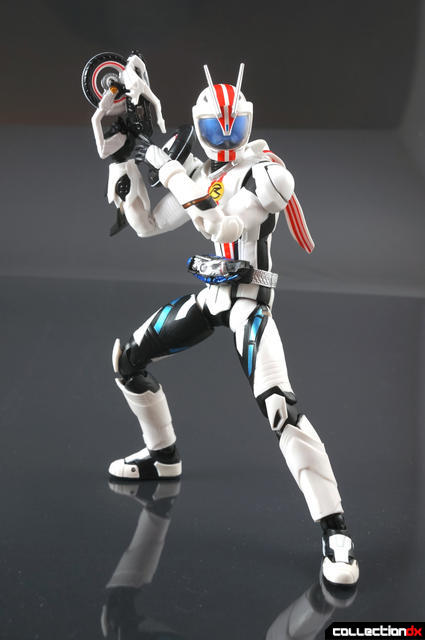 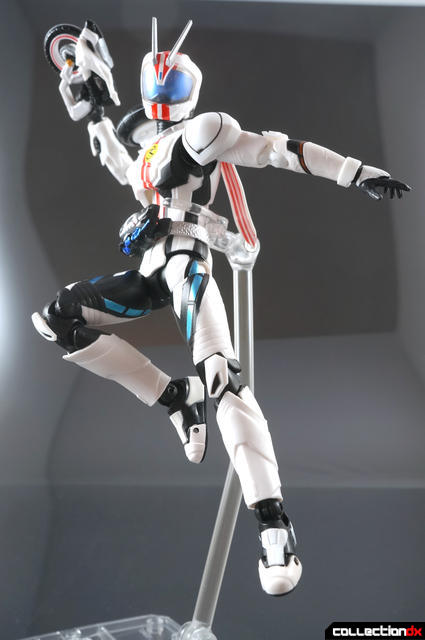 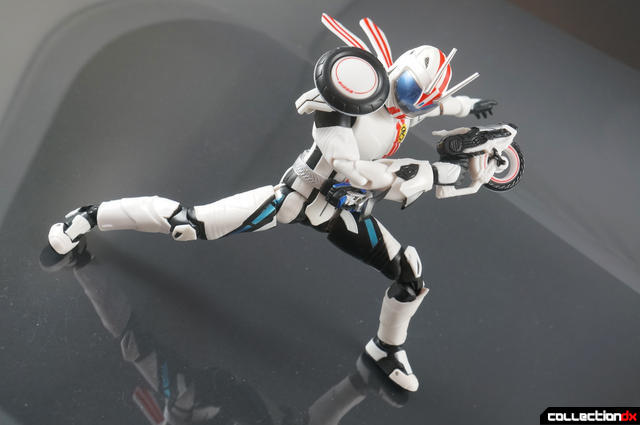 There's so much playability here, as Mach comes with almost everything he needs. 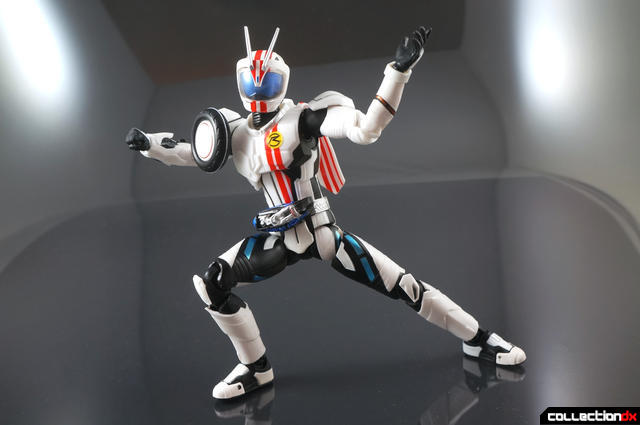 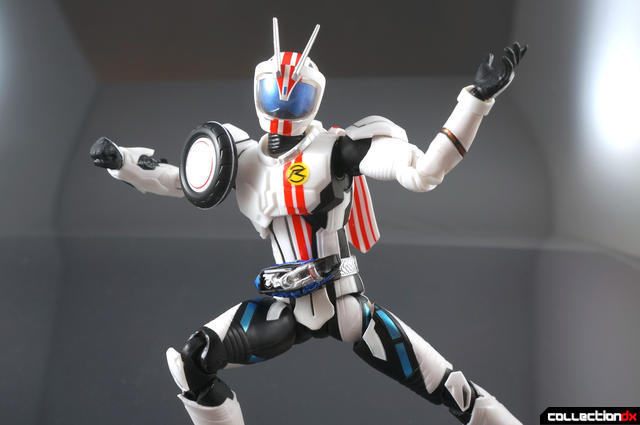 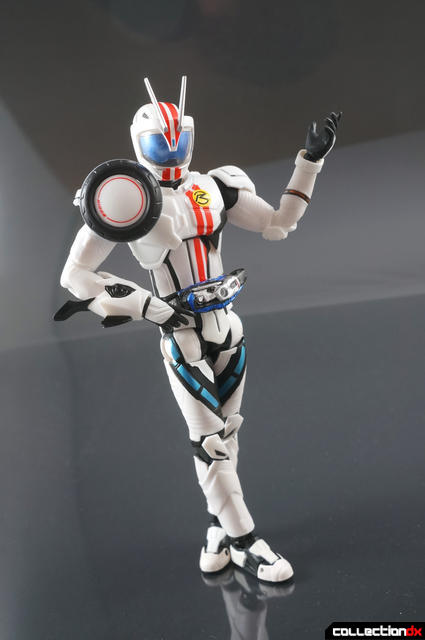 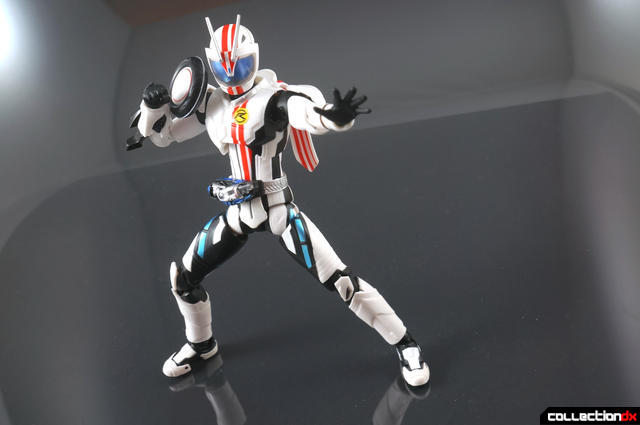 Of course, he doesn't have a saluting hand, so he cannot completely assume some of his more garrish poses. Specifically, the poses he assumes during his introduction. 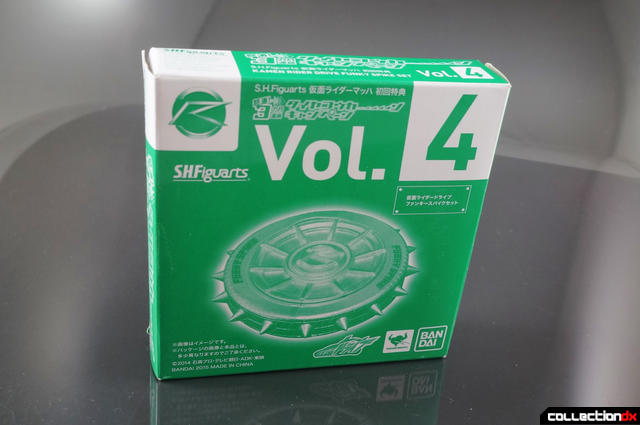 The first release version of Mach also comes with a Bonus of the Funky Spike Tire Koukan set for Kamen Rider Drive. 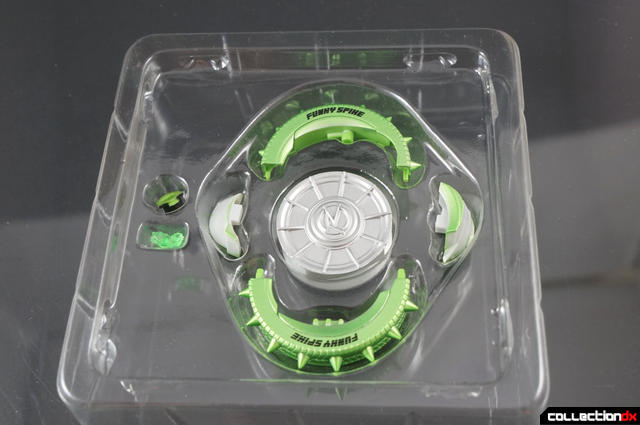 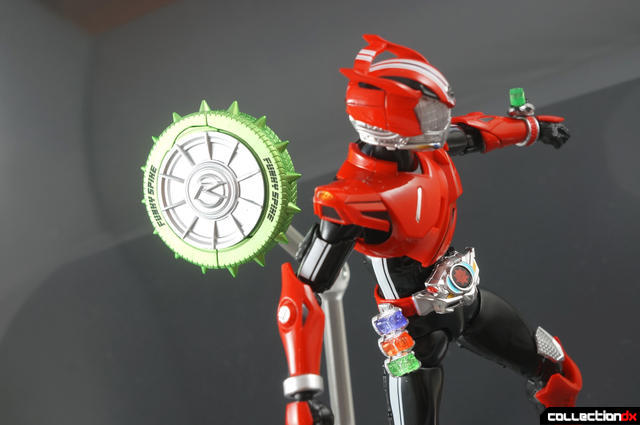 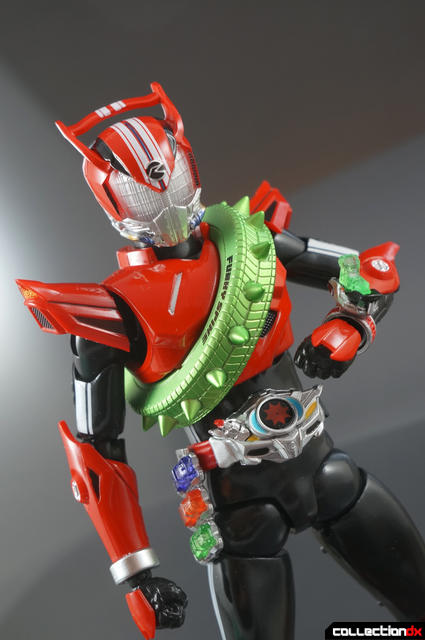 It's a nice addition, and sorely needed since Drive came with almost no accessories. Of course, this is pretty funny since this is the first time since Fourze where the S.H. Figuarts releases have used the same gimmick as the kids' toyline (Tire Changing). 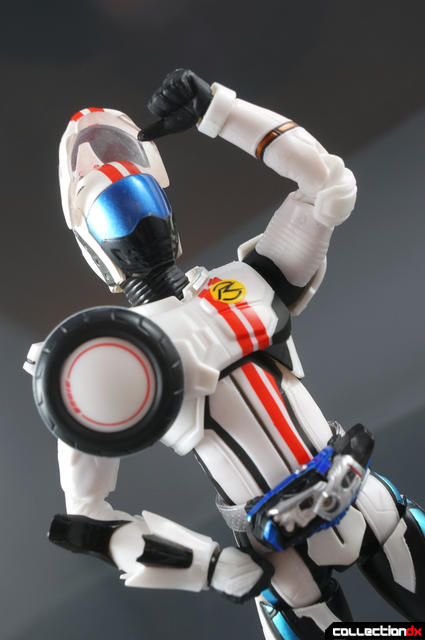 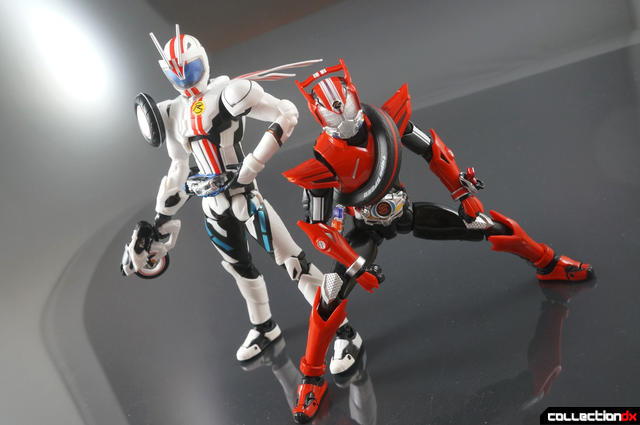 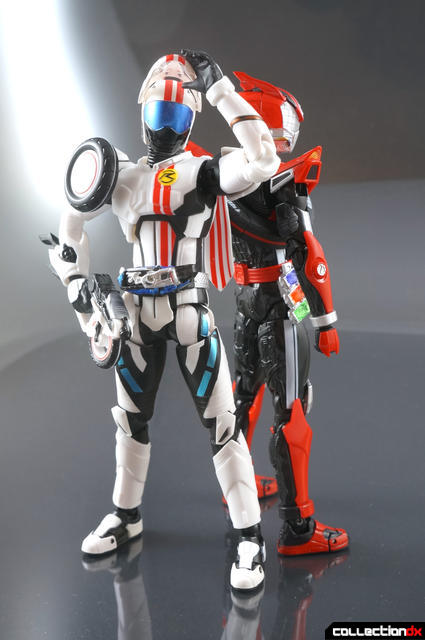 So overall, Kamen Rider Mach is a great set. He's so fun to play with and is one of the absolute best S.H. Figuarts releases yet. His slick design and playability will appeal to anyone who loves great toys, and not just Kamen Rider fans. He is absolutely recommended.

Of course, a Rider is nothing without his faithful steed. 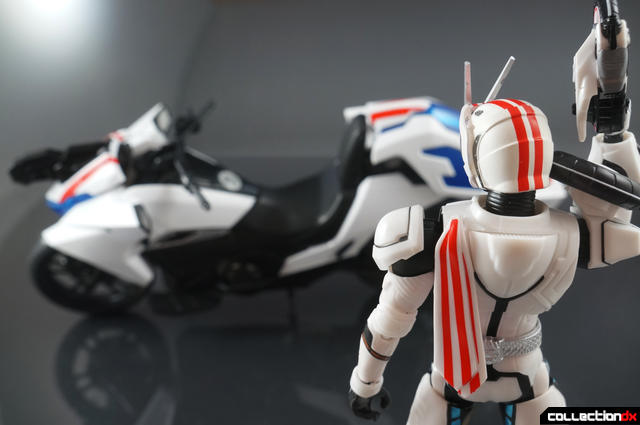