The original Clone Shock Trooper were members of the Coruscant Guard, seen only briefly in Episode III and a number of episodes of The Clone Wars. For the release of Star Wars Battlefront, the distinctive red markings of the Shock Trooper was applied to Stormtrooper armor and given a Wal-Mart exclusive Black Series Figure. 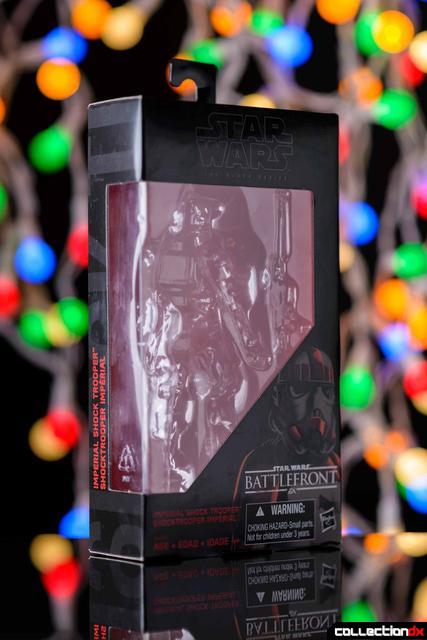 The figure is identical to the previous Black Series Stormtrooper but features an illustration of the Shock Trooper and game logo on the front of the box. The Shock Trooper comes with the classic E-11 Blaster Rifle and DLT-20A Blaster Rifle. The DLT-20A still seems as a weird choice for Stormtrooper weaponry when it was only ever seen with IG-88. I do feel like it was also shown being used by Stormtroopers in Star Wars Rebels but I couldn’t find any screenshots and may just be misremembering things. The DLT-19 would still have been preferable as a more accurate Stormtrooper weapon. 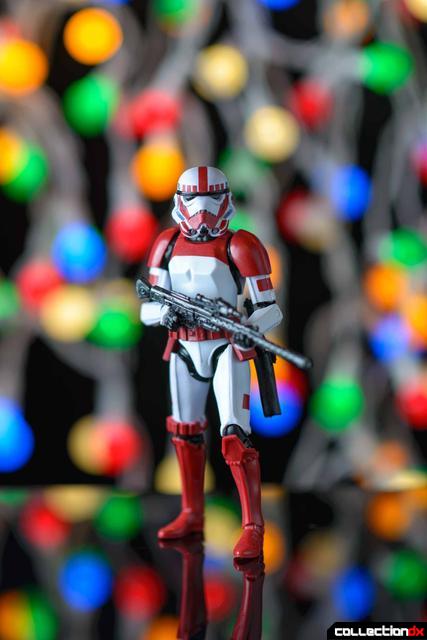 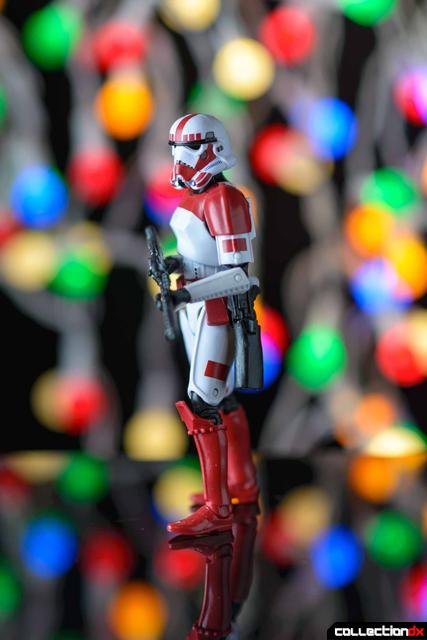 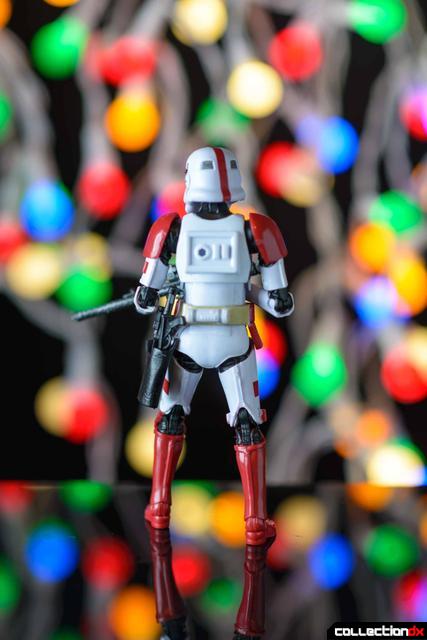 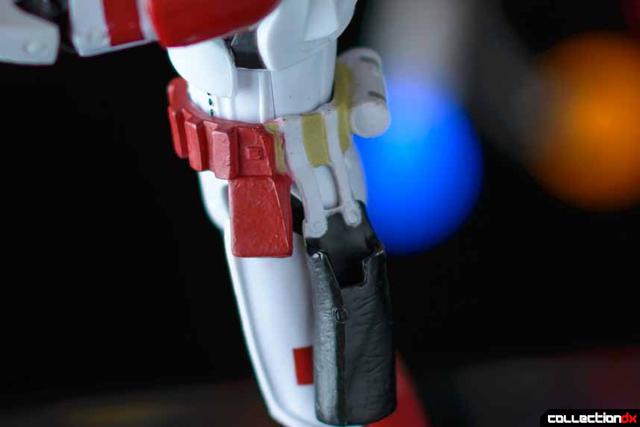 There isn’t much to say about the figure that hasn’t been said before. The paint applications look great for the most part though there are a few spots where red paint has run over the white. Compared to the paint apps on many of the other Black Series figures I’ve had, this one is actually quite good. 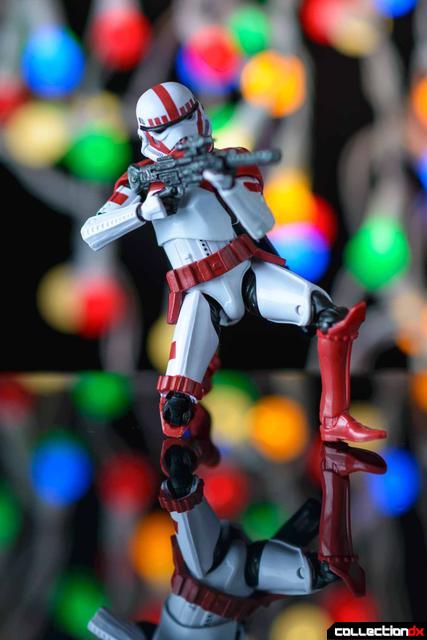 Articulation is decent, it’s no Figuarts but it’s also significantly better than the newer Force Awakens articulation and can hold the rifles with both hands in pretty convincing manners. I can’t think of a single TFA Black Series figure with this much range. 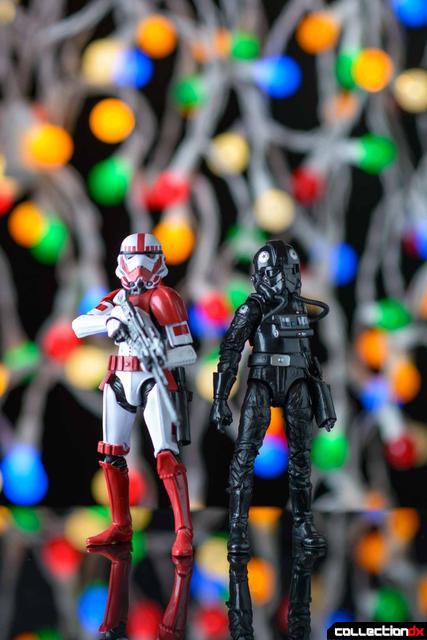 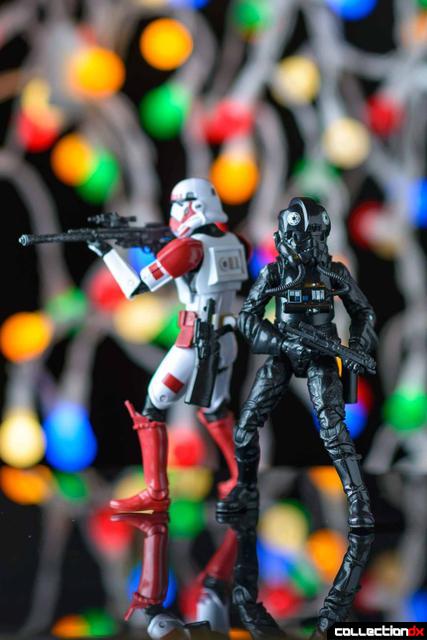 I have a habit of selling my Black Series figures when a better version comes out, so the only one I can really compare it to is the Tie Pilot, which is a bit shorter. 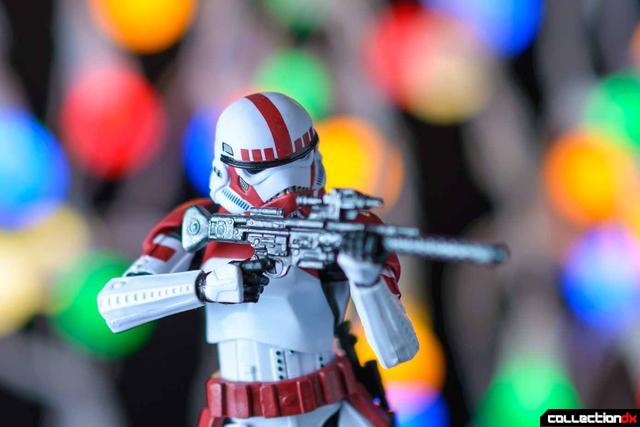 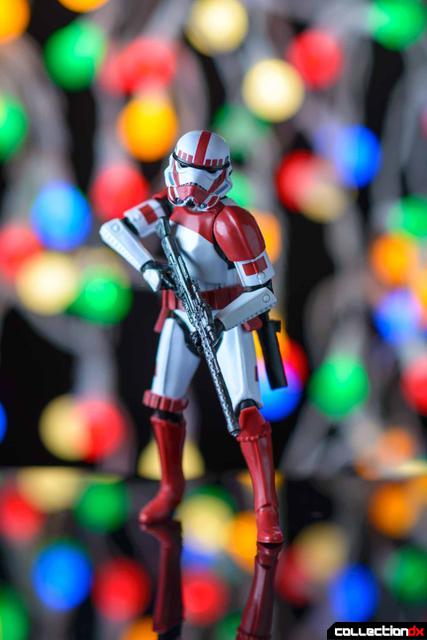 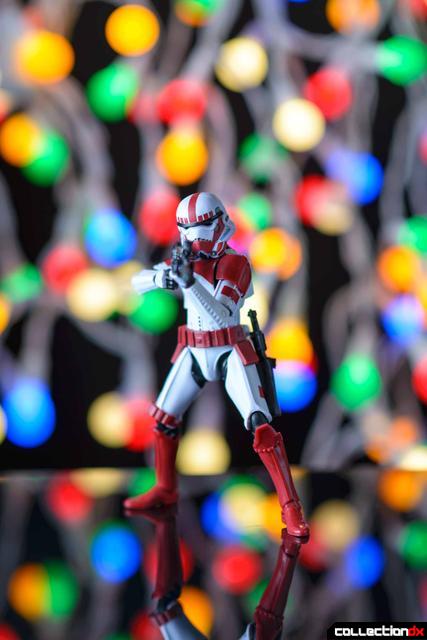 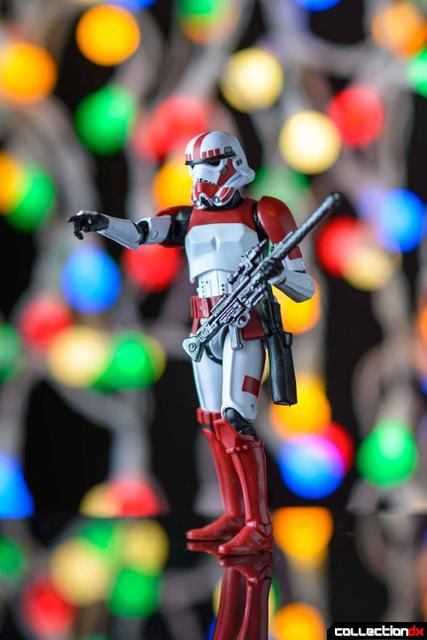 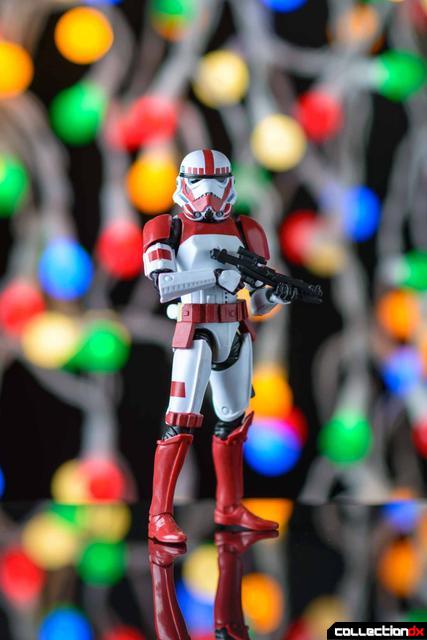 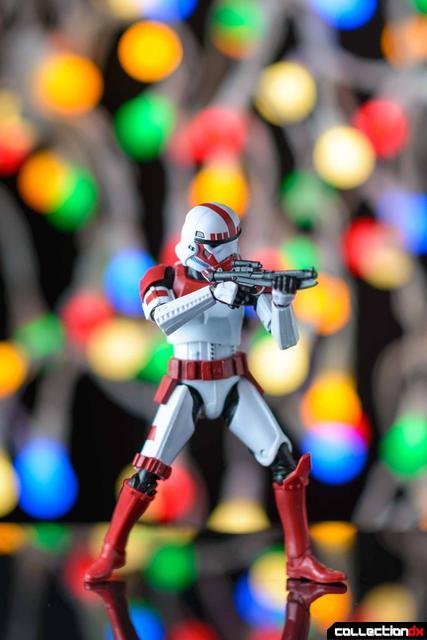 As far as Black Series figures goes, I think the Stormtrooper body is one of the best and I love the markings. I would have preferred a Phase 2 Clone Trooper in the proper markings, but the Imperial Shock Trooper is a decent alternative. Wal-Mart seems to have not known when they were supposed to release the figure, with it being rather rare when Battlefront was launched. It only seems like in the past few weeks that these figures have started showing up, though I have yet to see one in stores and it was only thanks the Ender’s generosity that I was able to get one. The hype for TFA means the older figures probably won’t get as much hype but I think he’s a great toy and highly recommend him. 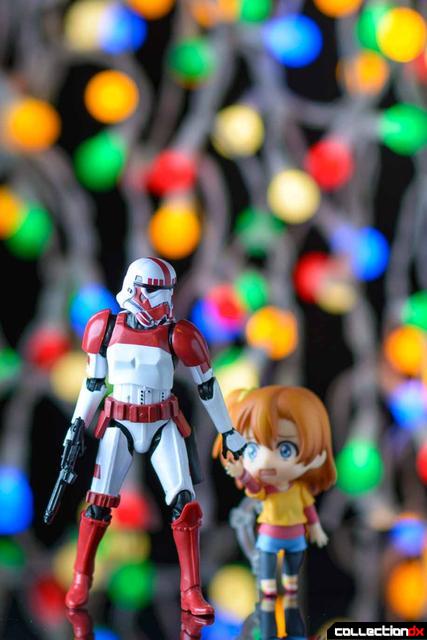