Throughout the Pacific Rim toy line there were two Jagers I really wanted to see in toy form. Cherno Alpha (reviewed here) and Horizon Brave. 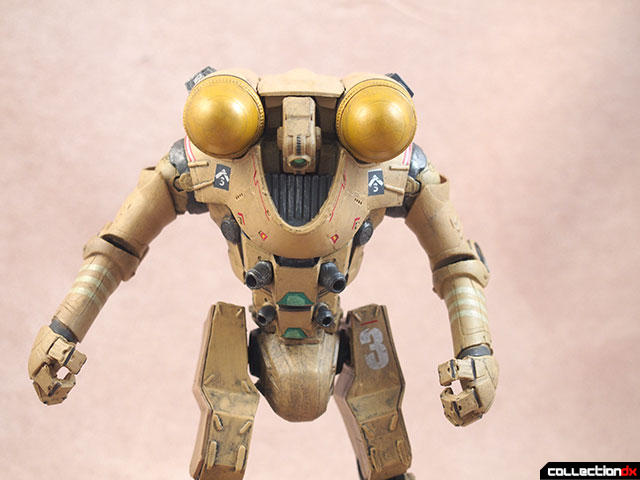 Horizon Brave made an appearance in the opening montage of the film, and also appears on the cover of the prequel comic "Tales from Year Zero". It's a Mark-1 series Jager and it managed to kill two Kaiju before being destroyed in the battle of Lima.

It's one of the best Jager releases in the Pacific Rim line so far. NECA now has it nailed down. I still think they make questionable choices in articulation methods, but that's not likely to change. They've got their method down and it works.

Horizon Brave comes in the annoying clamshell package that gets discarded once opened. 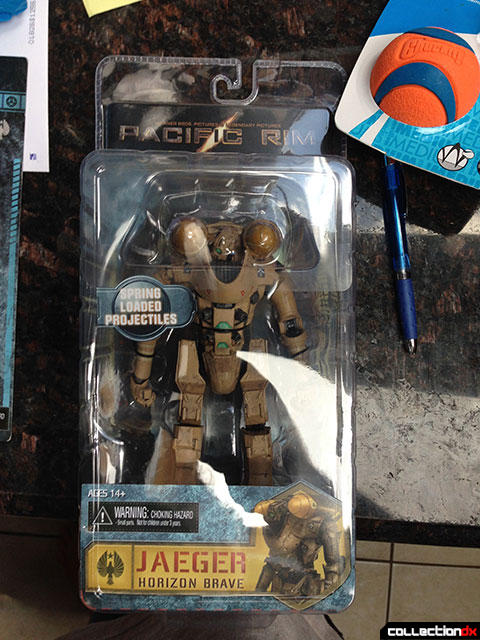 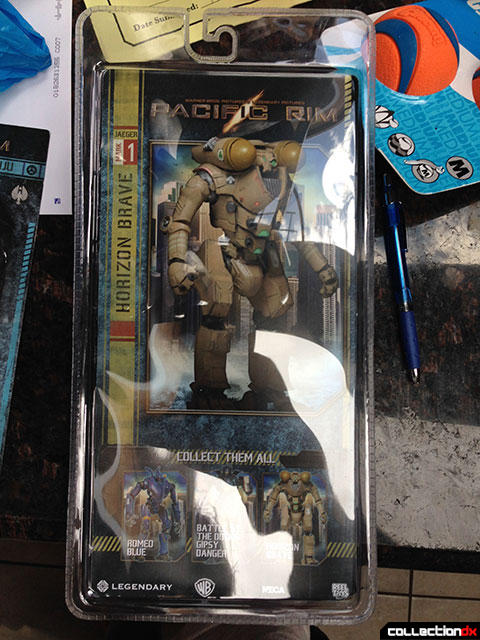 The Jager's blocky construction is telling of it's early design status. It looks like a tank on legs, which reminds me of the Destroids from Macross. 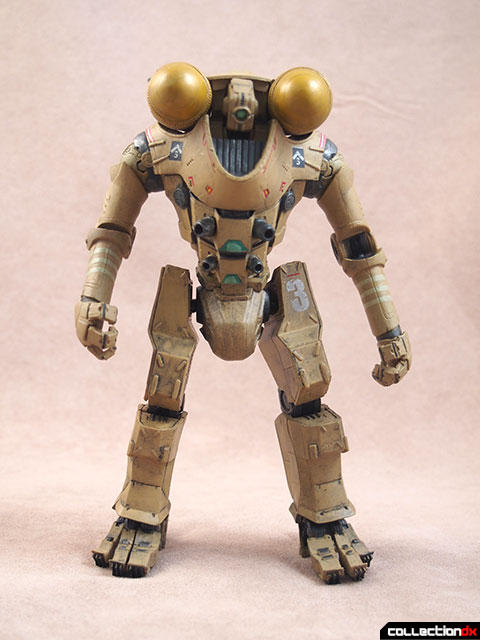 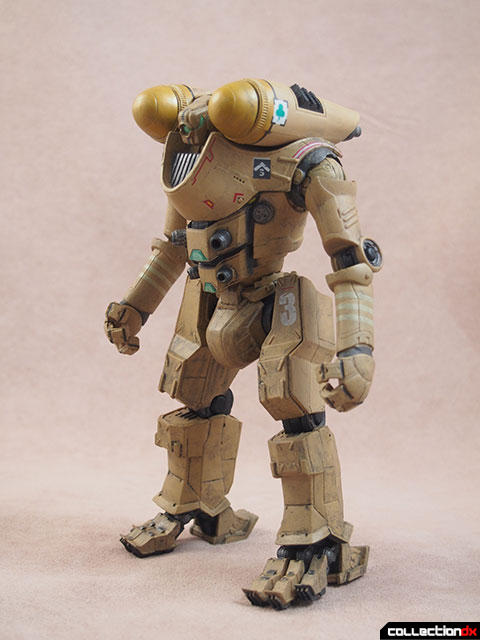 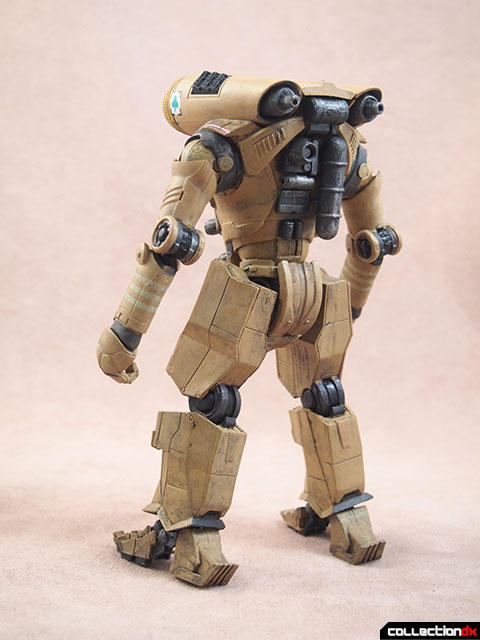 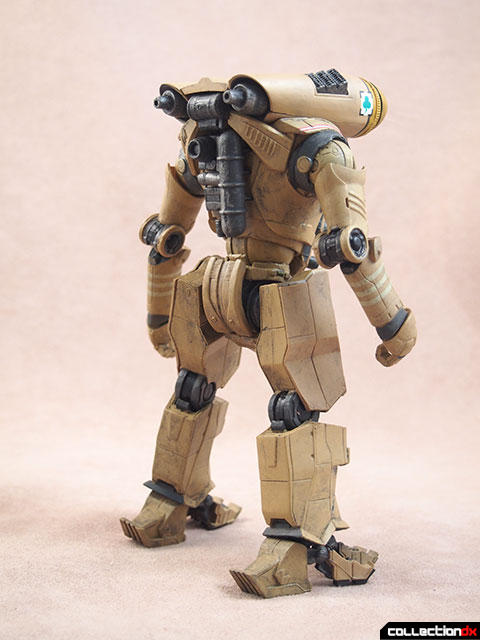 Articulation is great considering the nature of the robot. Everything moves well, not too tight, not too loose. 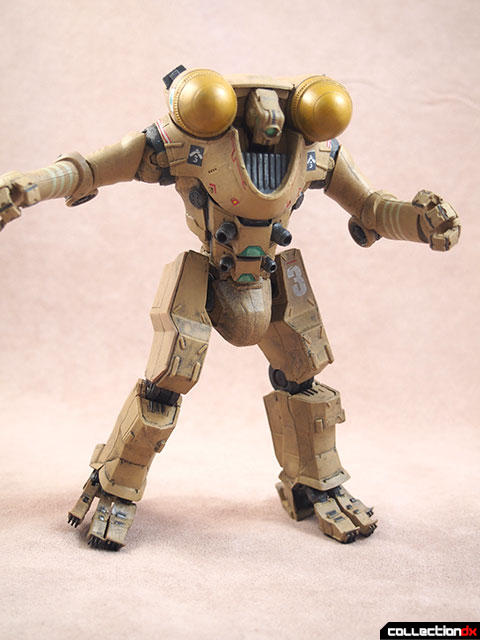 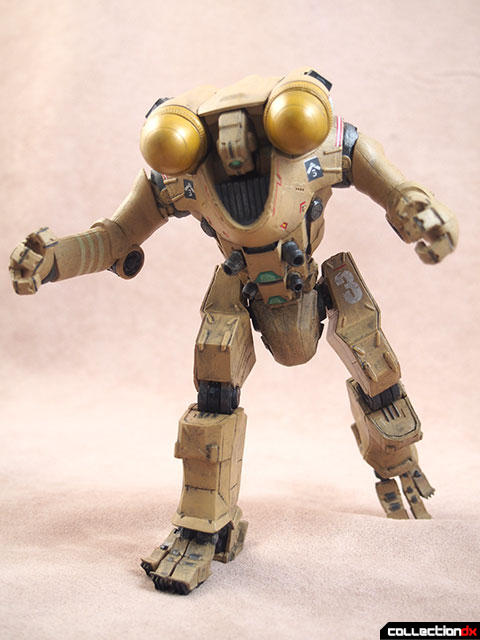 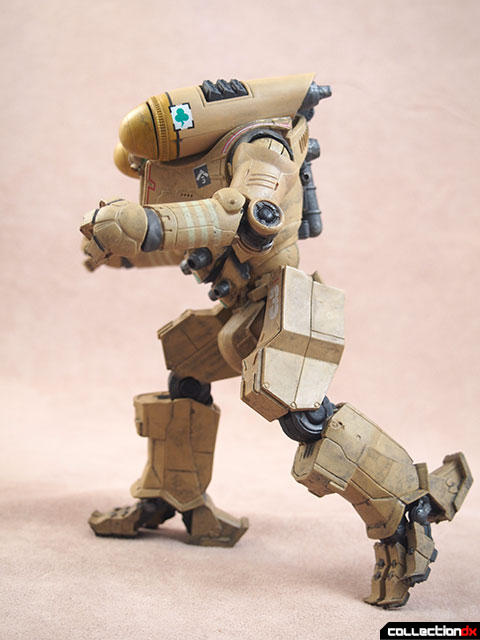 One small complaint is that the fingers on the hand are turned in too much - it looks odd. 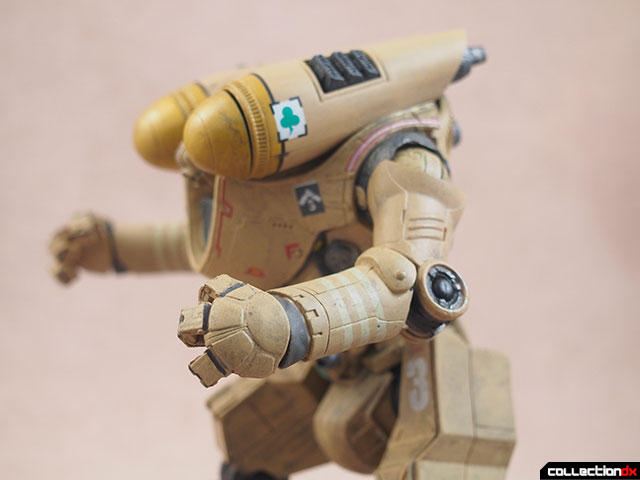 One great thing about this toy though is that it features working launching missiles! Press the grey panel on either side to launch the missile. The spring is a bit weak, and getting the missiles to click back into place is a chore, but hey, missiles! 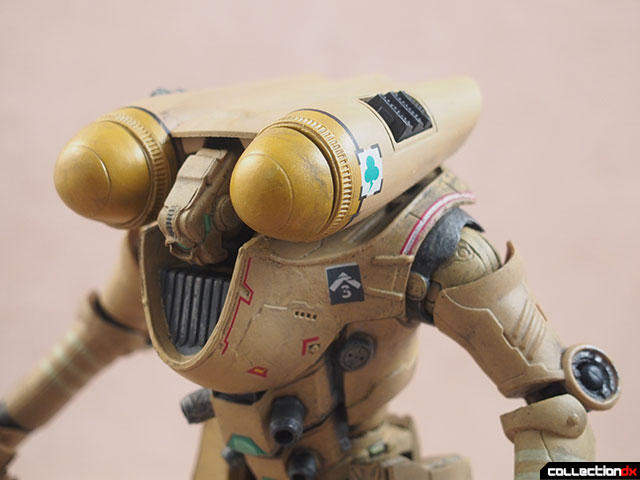 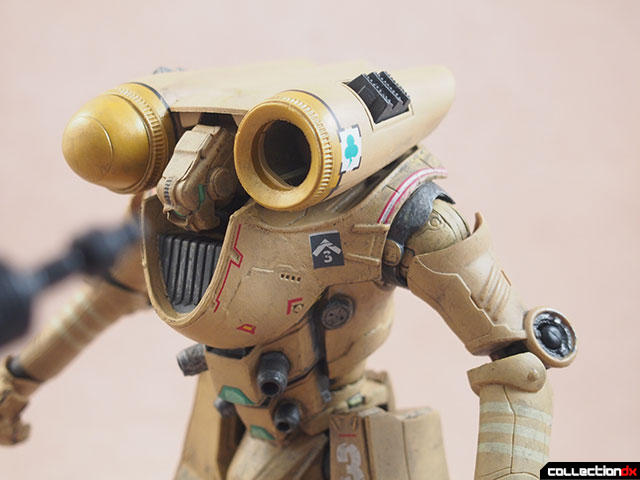 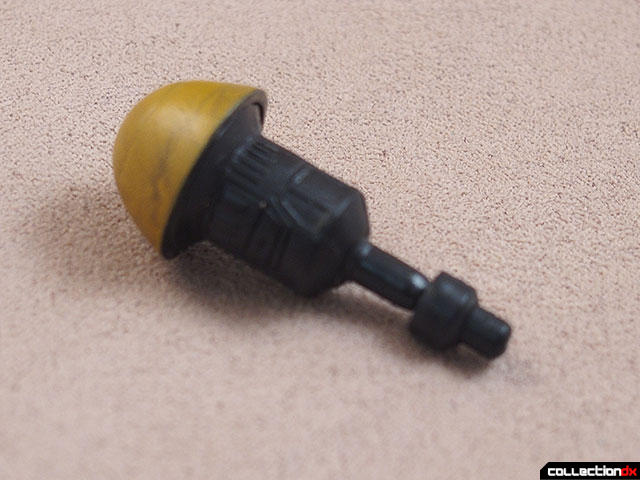 Also, the entire missile launcher assembly is removable for some reason. Due to the sculpted detail underneath, this appears to be on purpose. 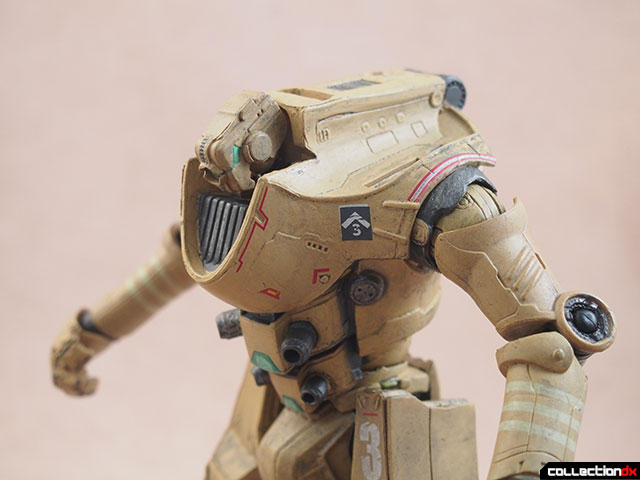 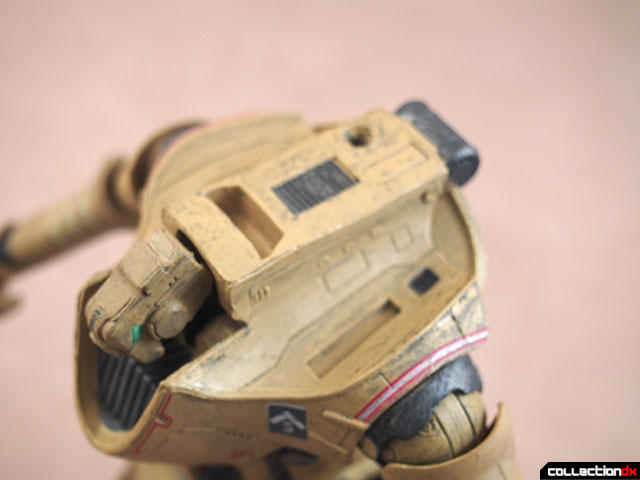 The detail on the back is great, but that little round bit came loose on mine. 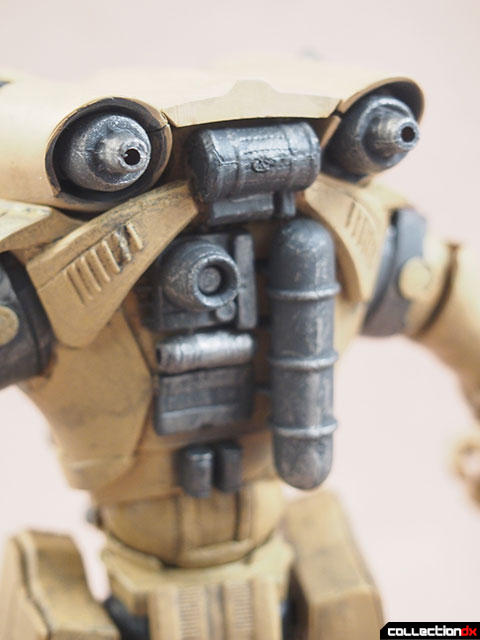 Overall the sculpt is tight, the tampo details sharp, and articulation is good. With no major QC issues either, this is a recommended release. 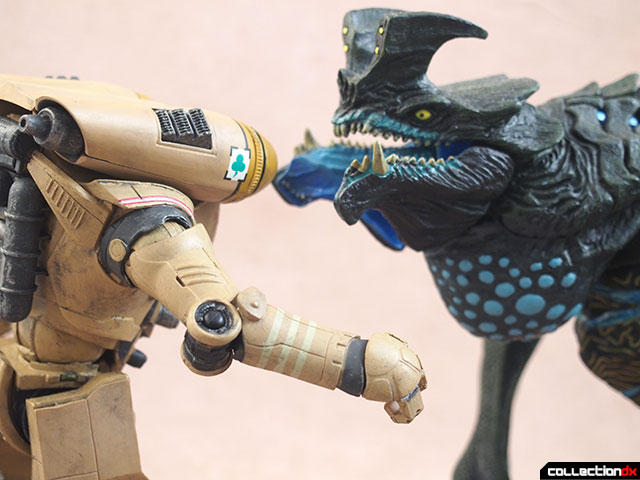 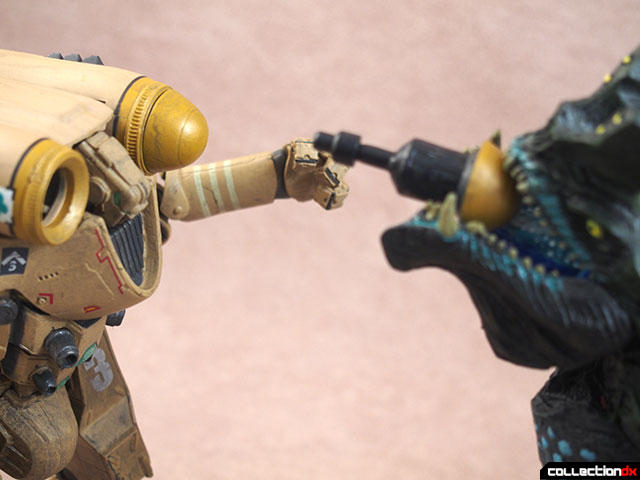