This figure was provided by BlueFin Tamashii.

NXEDGE is a line that seems practically tailored just for me. It has stylized SD proportions, a range of characters it’s covered, and is also one of Tamashii Nations’ cheaper lines. It’s basically Super Robot Wars the toy line! Well, it was until they started making just Gundams for a while. But hey, I don’t mind Gundams! The only problem being, that they were mostly covering mobile suits from shows I didn’t care much for, such as 00 or SEED Destiny. But when they showed off the Astray Red Frame from Gundam SEED, I was super excited and had to have it. 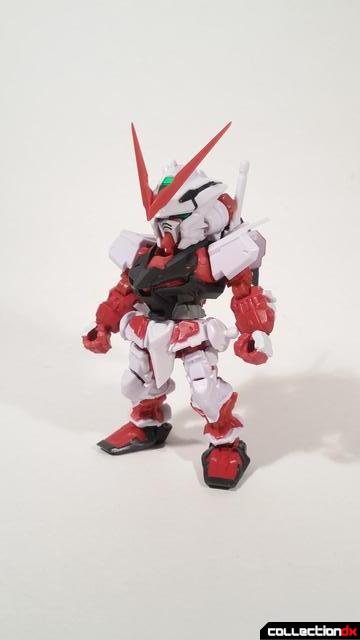 In addition to its unique proportions, the NXEDGE line adds lots of sharp lines and sculpted detail to the figures. This works really well with the Astray, given its prototype nature. 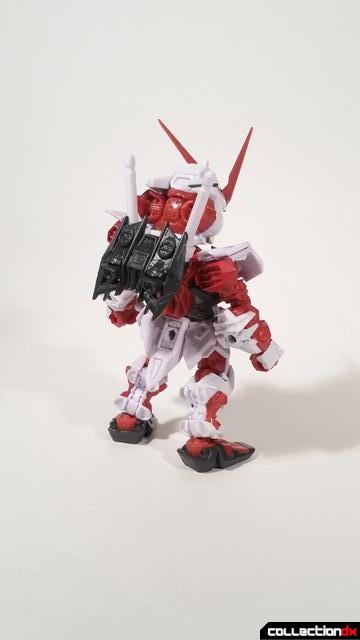 There’re loads of joints in the figure. More than you’d expect at the size. Most notably, I really love how the shoulder joints can hinge outward for a wider range of motion. 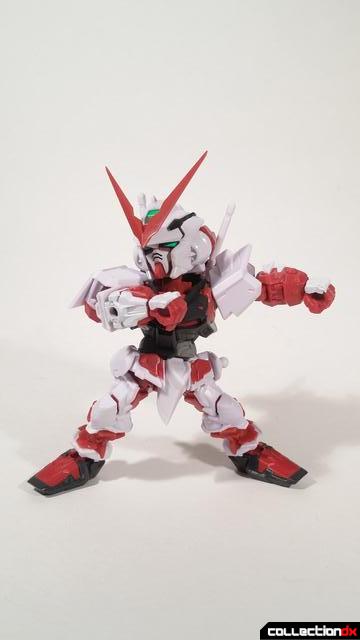 In addition to its fists, Astray comes with an angled sword holding hand and an splayed open hands. The open hands are at a bit of a weird angle that makes them hard to use at first, however it looks quite good resting on the Astray’s scabbard. Plus it means the Astray is really good at shrugging off like he doesn't even care. 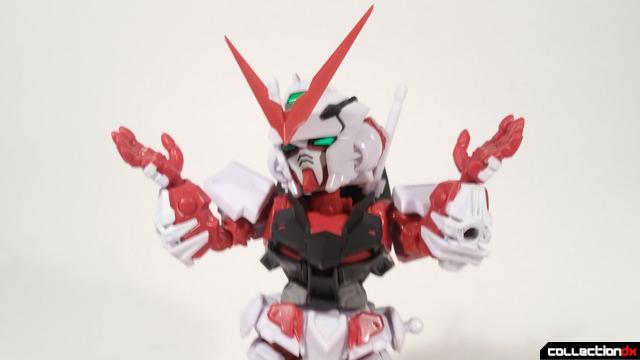 You can also lower down the backpack to theoretically plug in a flight pack of some sort that doesn't exist yet as of this review. 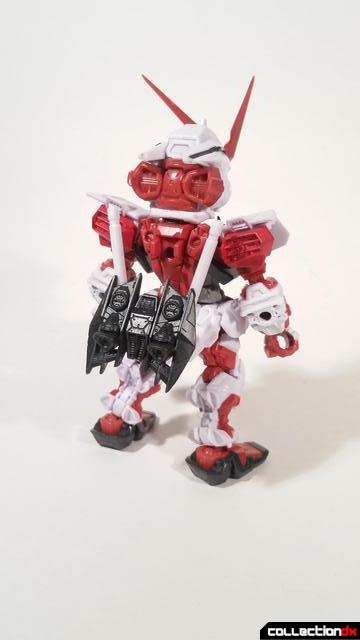 The Astray’s most important accessory is its Gerbera Straight. Now let’s get this right out of the way: Some of the details on the sword are not accurate to the line art. Honestly I don’t care myself, but that may turn off some people. It’s still very well painted and sculpted. 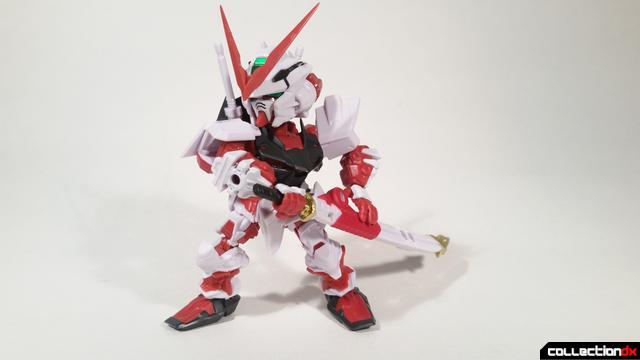 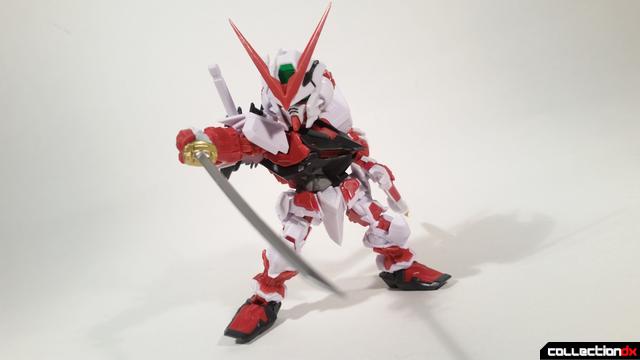 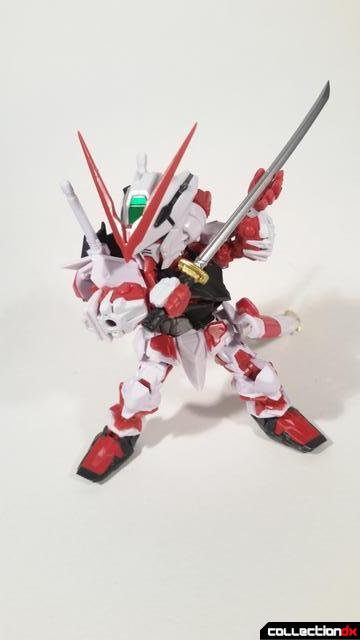 What impressed me most about this figure is that it’s able to hold its sword with two hands despite its proportions. Sure it can be a little awkward, but it still looks really good. 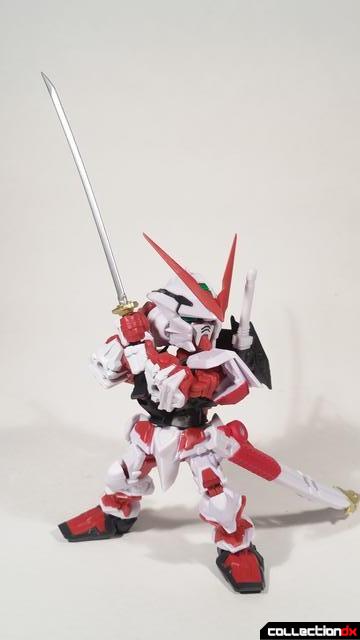 This is one of the first NXEDGE figures to come with an effect part as well. Two slashing parts are included and can be attached to its stand via two special stands. These are actually 3mm in size, so you could use a Tamashii Stage or similar compatible peg size with it too. 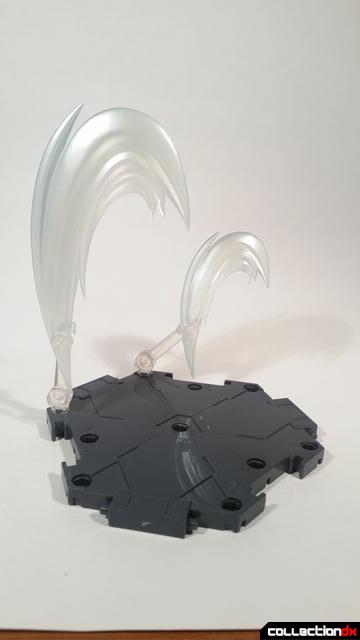 They go a very long way to adding to the various ways you can pose the Astray. 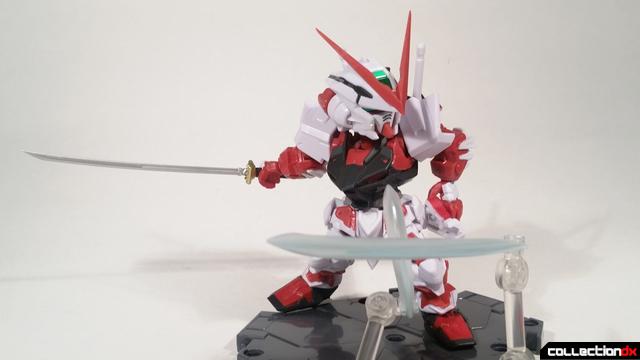 In its nature, the Astray Gundam is a very basic mobile suit given its prototype nature. With that in mind, there aren’t a whole lot of fancy bells and whistles on this figure. But its simplicity provides for a very poseable and fun little figure. It’s one of my favorite Gundams done in the NXEDGE line so far, and is definitely worth your attention. Plus, it comes with effect parts that you can use with other figures too! How cool is that? 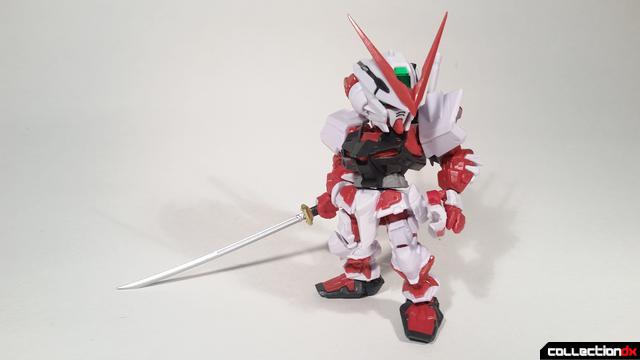 Thanks again to BlueFin Tamashii!