As much as Tamashii Nations makes loads of incredibly awesome figures and toys aimed specifically at collectors, some times I can't help but find myself more interested in Bandai's regular offerings. Bandai's always working on some new toy line that just makes me go, “Hey, that's really neat!”. And right now that happened to be Frame Robo.

The idea behind these is that they are all robots that can change into three different modes: robot mode, weapon mode, and a frame mode. The first one in the line is Gaia Frame. 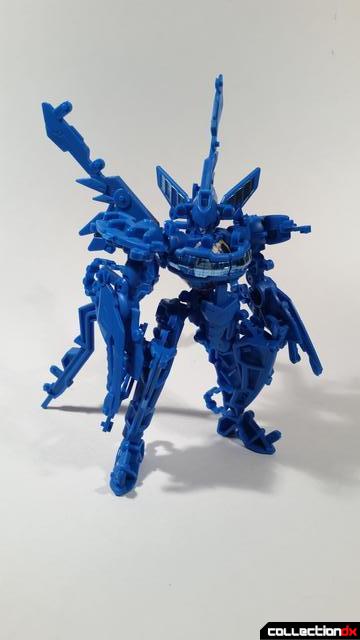 The frame mode is basically just the figure as it comes out of the box on its sprue. Outside of looking like a neat design, the sprue contains the entire figure with no leftover parts. That's super cool. 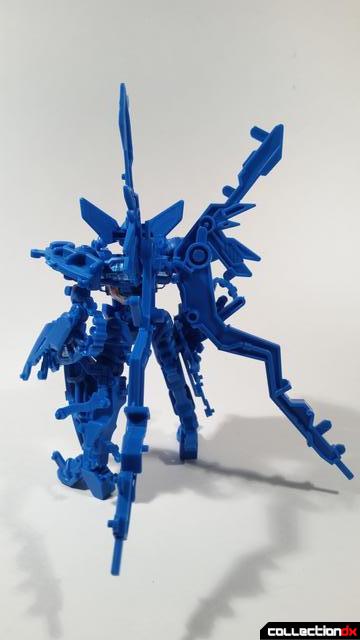 The plastic is really soft but durable feeling. It's great for the figure's construction and gives it a really unique feel. 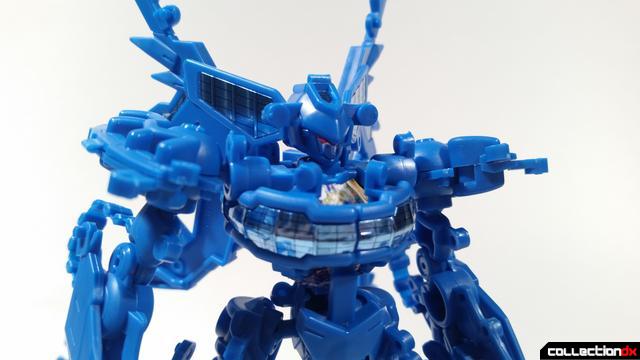 Once assembled, you have a very neat looking little robot. It only takes about ten minutes to build, but it's a fun process. There's a few stickers to help break up the blue, though there's lots of places that could use a little extra paint to really pop. 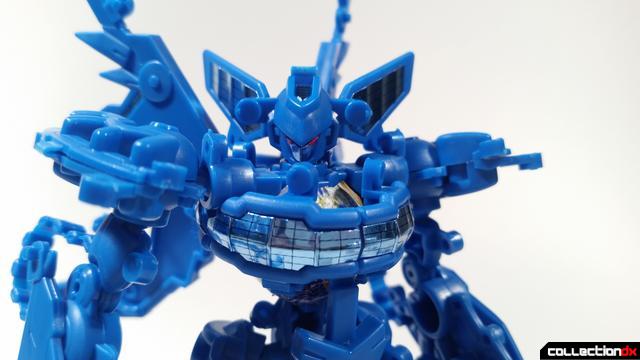 I guess there's gonna be an anime about this in the near future after a little research. The robots are just tiny toys that battle other robots and that's pretty cool. However I much prefer the idea that these are robots with planets inside of them. Because at the chest of every Frame Robo is a FREAKING PLANET!

The idea of scale and size in that seems way more fun to me than tiny battling robots, so I'm gonna stick with it. 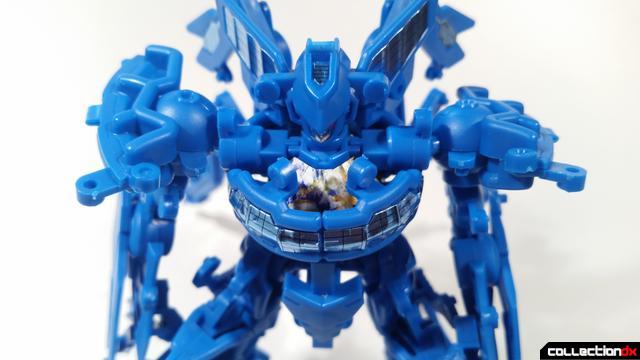 What's really cool about this line is that the figure's elbows and knees are all on one sprue. Sure they may not be super poseable, but being able to mold that all as one piece is a really neat little feature. 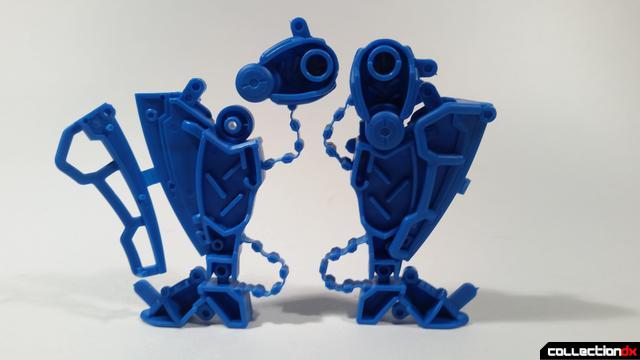 There's loads of pegs and holes of various sizes on the toy so you can rearrange various parts and weapons on Gaia Frame, or mix and match other weapons from other Frame Robos as well to customize them. 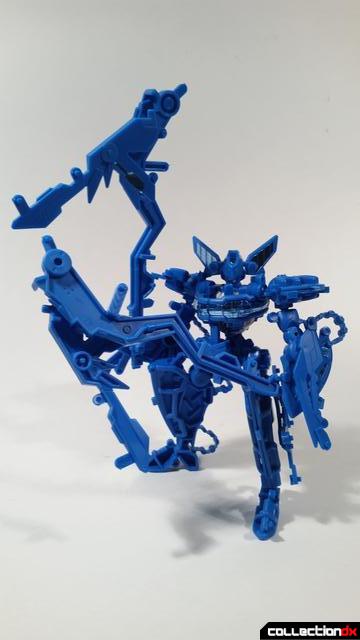 Gaia Frame's other mode is its weapon mode. You take the arms, legs, and its wings off and rearrange them into these giant hatchet looking things. It'd be neat if you could incorporate the entire figure into this mode, but I can understand how that might be a little hard. 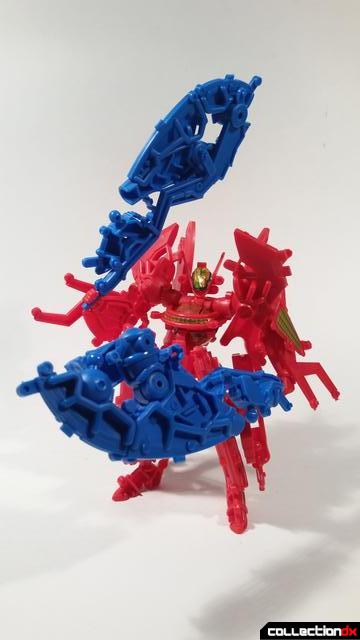 Frame Robo is a neat little toy that surprised me. Although I feel like if you really want to get the full experience of these guys, you need to have more than one. 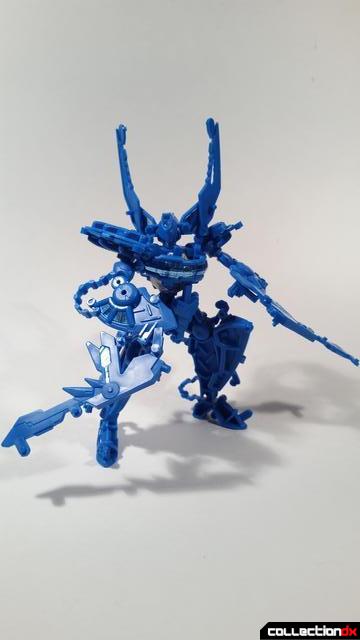