As part of the Armored Forces of Heaven and Earth (铠力天地) line, K01 is named Fire Dragon Holy Gun (龙炎圣枪). It's a smaller blaster that fits easily in the hand but has a satisfying weight due to the die-cast metal construction.

This and other transforming dart guns are available at Gearbest.com

Manufactured by Kaili Toys, the gun is a fully transformable and functional foam dart blaster. It's fantastic.

The box is attractive and sturdy with a clear window to view the product in robot mode. On the back, nice computer drawn illustrations of the product and it's various modes. 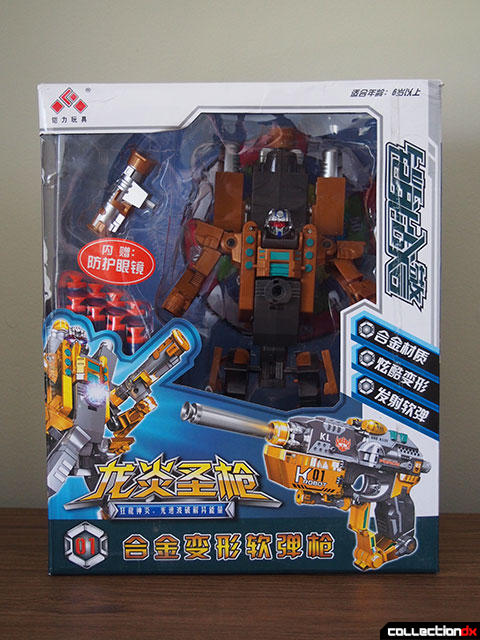 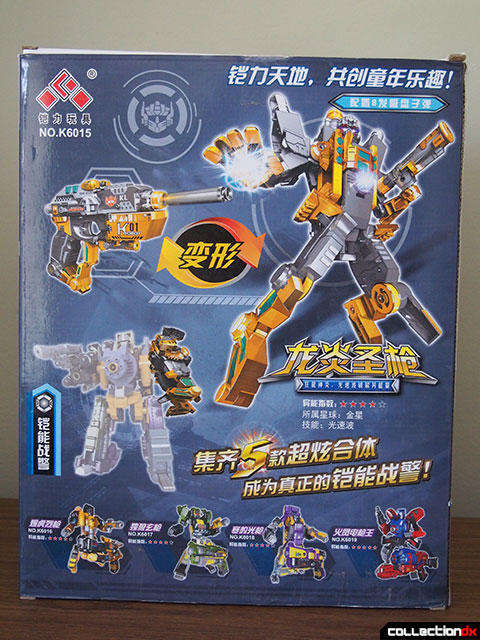 Starting in robot mode, he is actually rather tall and lanky. It's much more articulated than the larger K-05, but the sacrifice is that this one cannot fire the dart in robot mode. 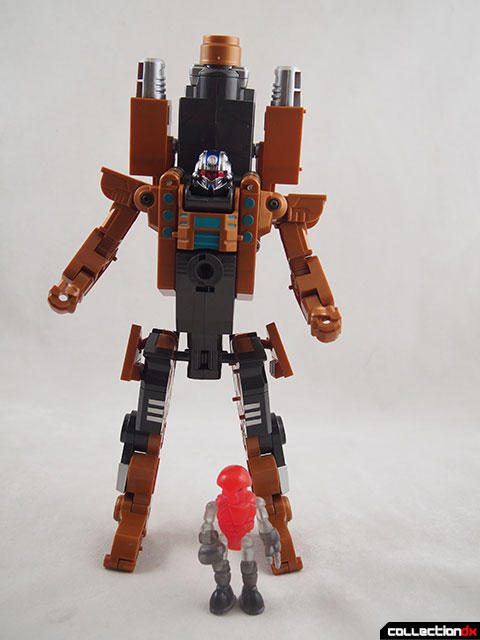 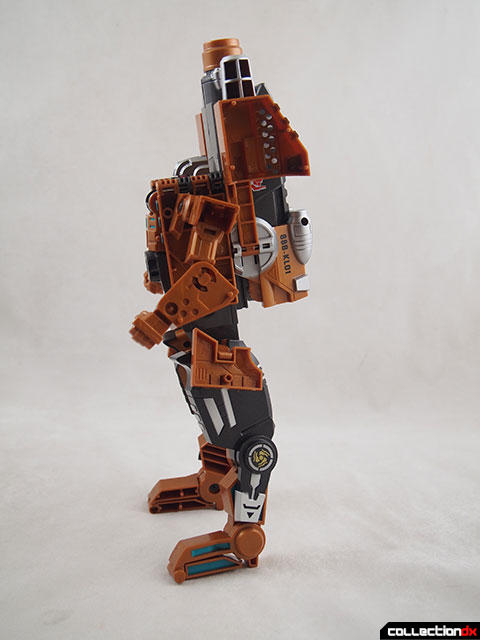 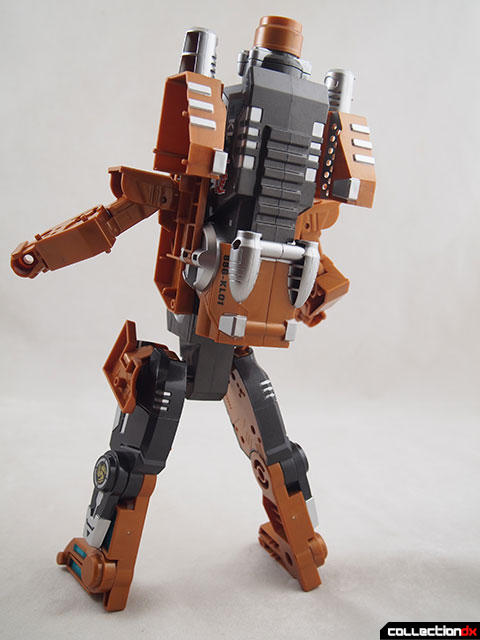 Seriously, the poses for this one are great. Still lacking a waist and neck joint, but he can hold a much more dynamic pose. 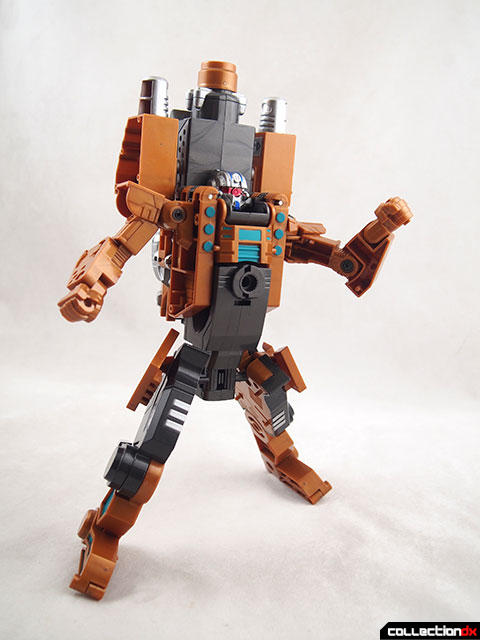 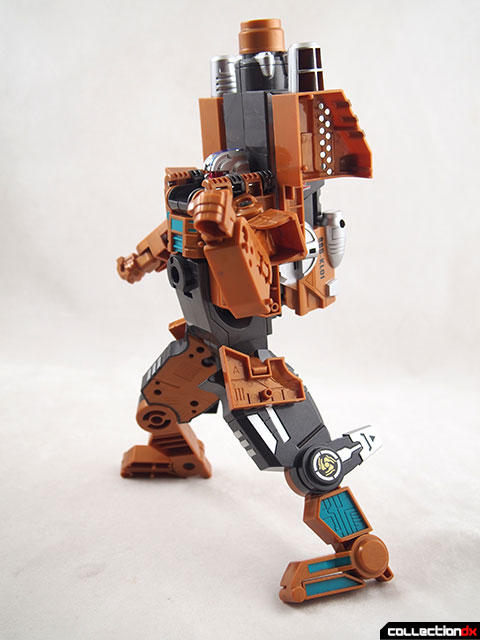 The head is very reminiscent of the Bay-verse transformers designs. 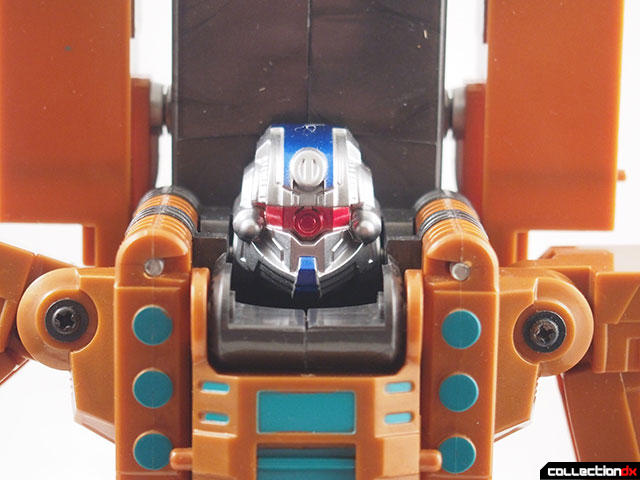 On this toy the metal is concentrated in the upper legs. 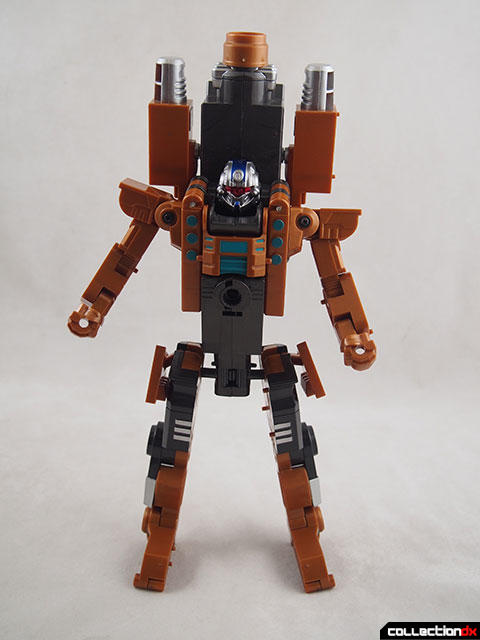 A small gun is included that can fit in either hand. He's actually shown as a leftie on the box. Can robots have a dominant hand? On my sample, the left had had a tendency to pop off when moving it so I went with the right. 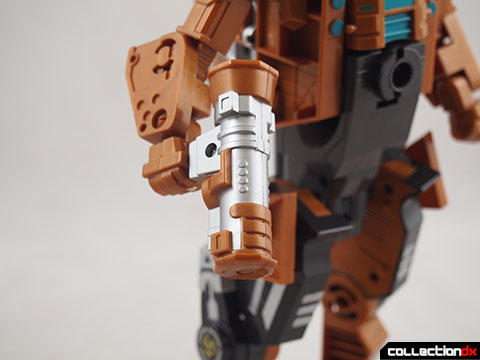 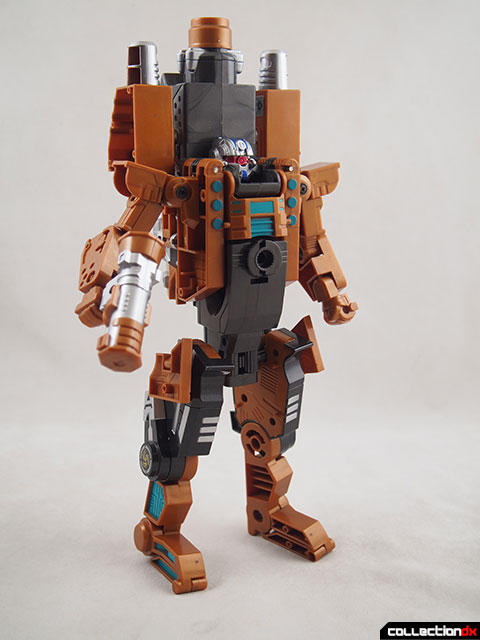 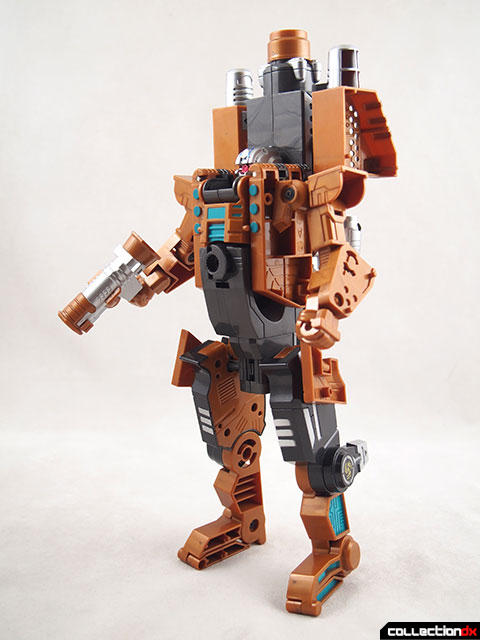 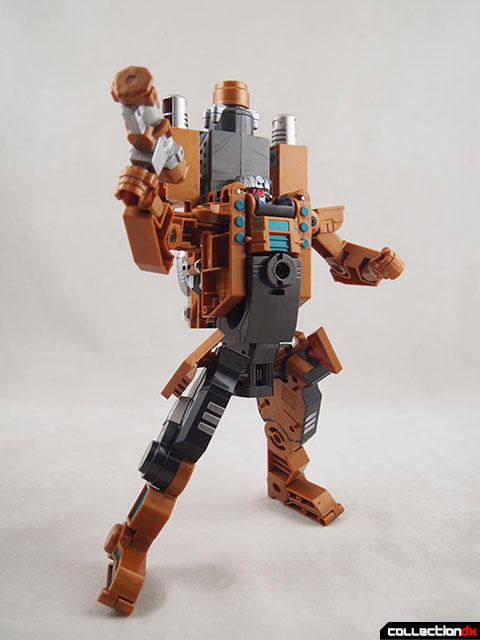 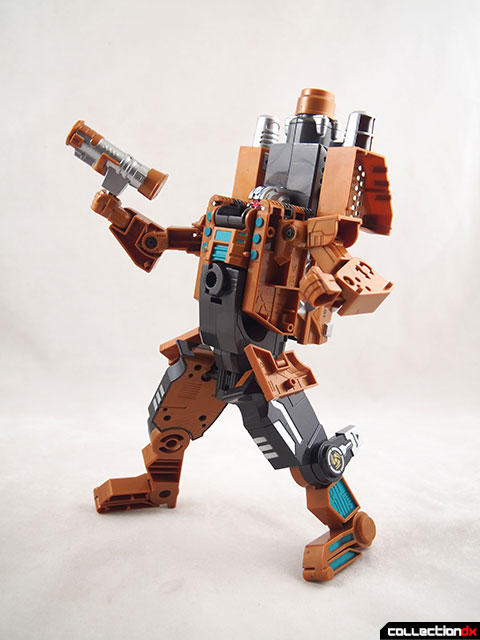 Transformation is again innovative and unique. Watch the video to get the idea, but again, robot and gun modes are so distinct that it's hard to see that it becomes a gun when in robot mode.The handle is diecast metal, adding to the good feeling in the hand. 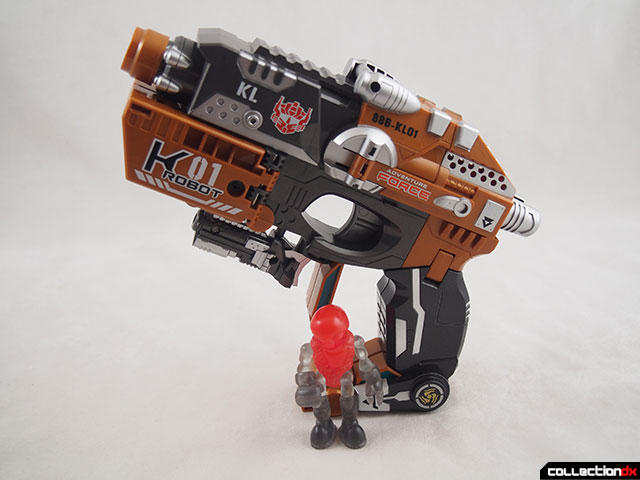 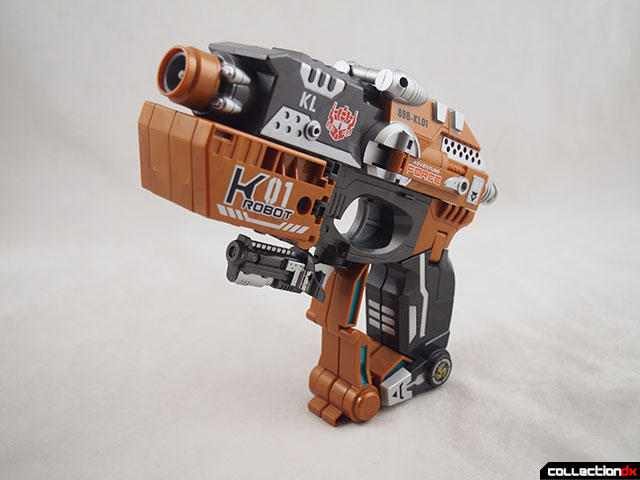 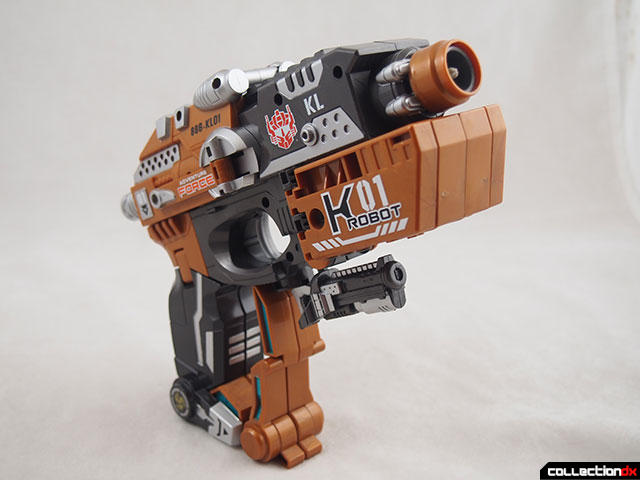 In the above pictures, I used the wrong gun, but the below correct gun can be seen mounted underneath. 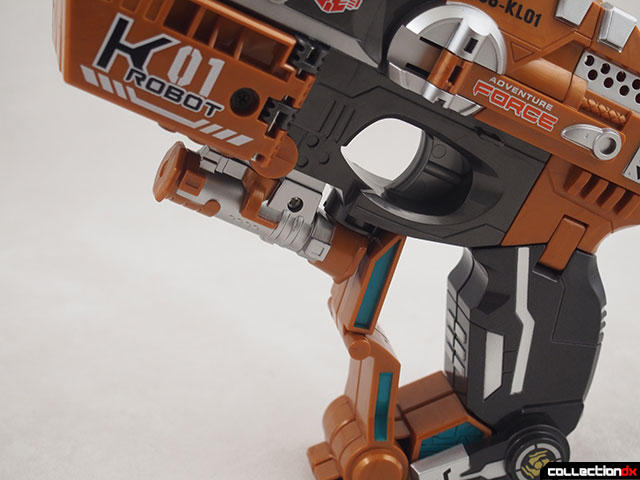 To prime the gun you have to pull back the top section until it clicks. Pulling the trigger fires the dart with an amazing force that's at least twice as strong as a Nerf gun of comparable size. 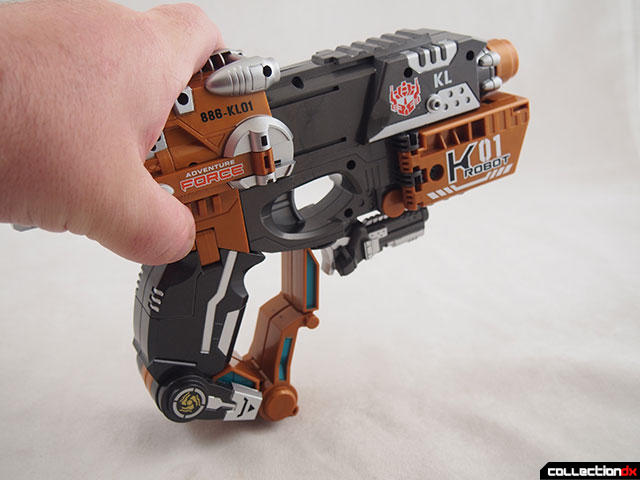 This kit comes with safety glasses, a full compliment of darts, and a target. 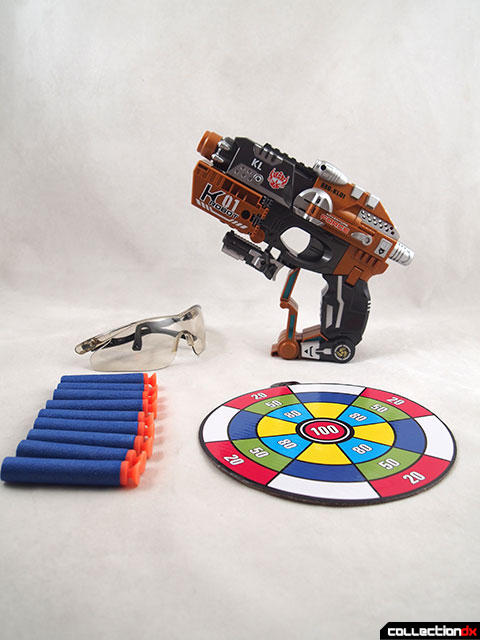 This toy becomes one of the arms in a larger combiner which consists of all five guns. Once we complete the set, we'll show you the combined form.

Fire Dragon Holy Gun (along with other great toys) is available at Gearbest.com