I haven't bought a NECA Alien toy since the very first one I bought almost 10 years ago. Despite looking great, it almost instantaneously broke upon posing. I haven't bought one since. This is the true impact of quality control. I was so pissed off about that toy, that no matter how many people told me how much better NECA had gotten, that I basically just ignored an entire line for years.

I was offered this Alien toy from Gearbest.com as a review sample, and I figured it was time to try again without much risk. How times have changed for NECA.

I've had other NECA toys in the meantime, but they were hit-and-miss in terms of quality. I'm happy to say that not only is this Alien toy free of QC issues, but it's actually an overall great toy.

This is part of NECA's Classic Video Game Appearance line. The paint scheme is based on the appearance in the 1993 Super Nintendo Alien 3 game. The box is even styled like the old SNES game box. 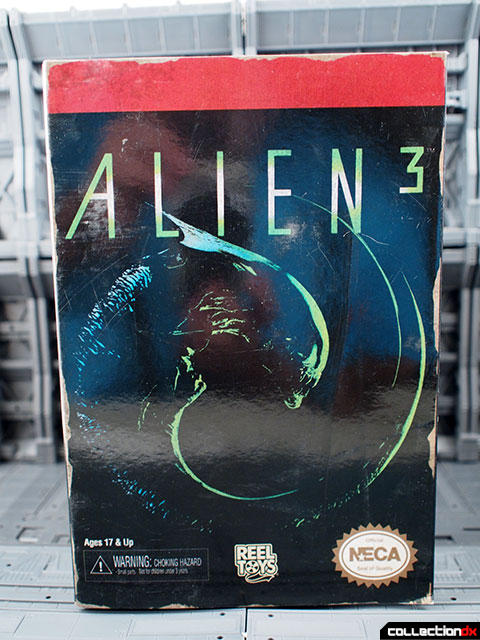 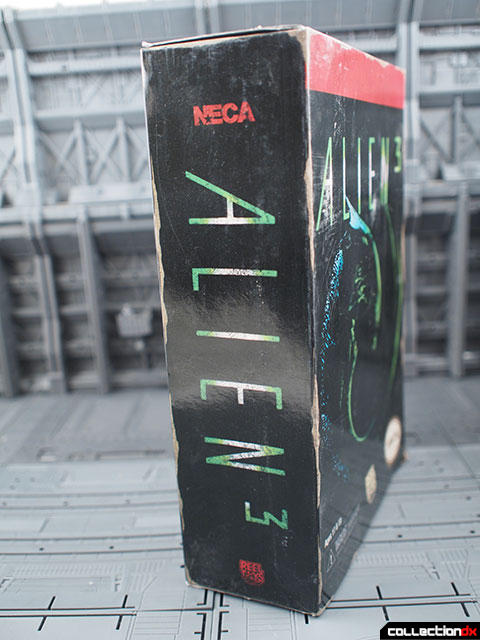 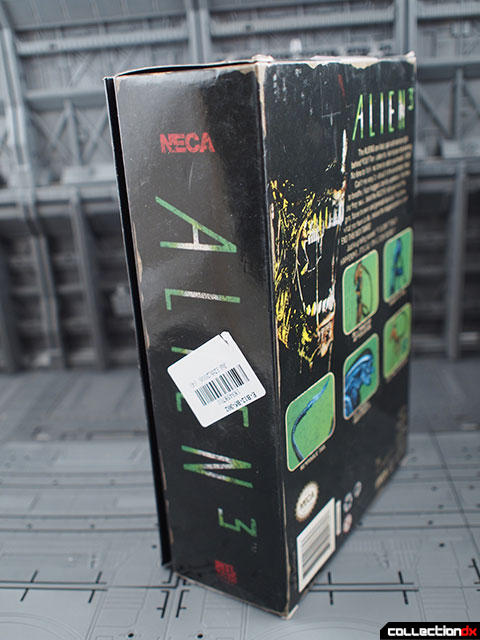 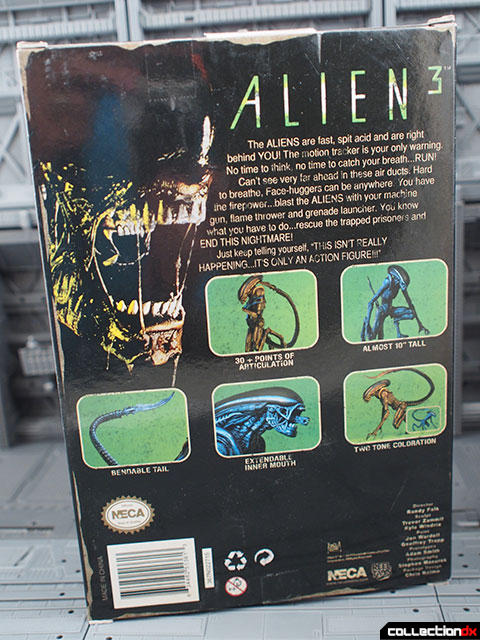 The box has a gatefold cover, and inside the cover is the same illustration from the back of the box. 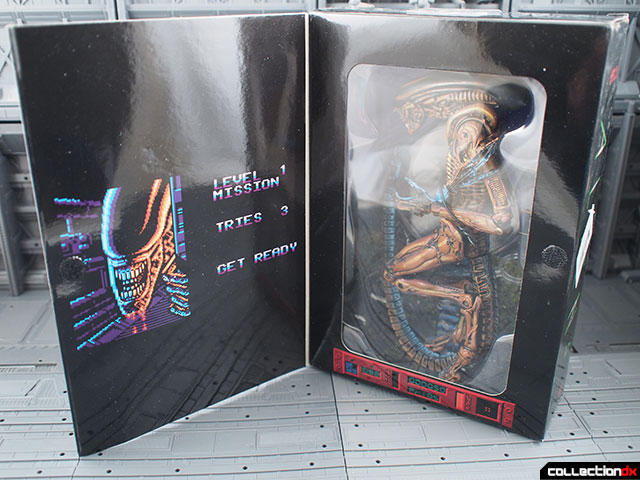 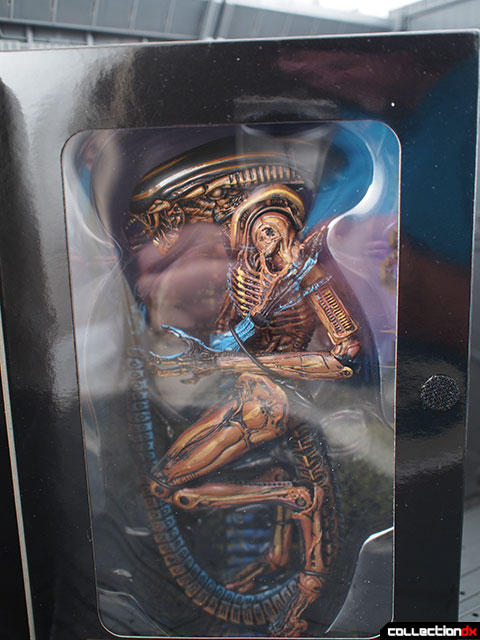 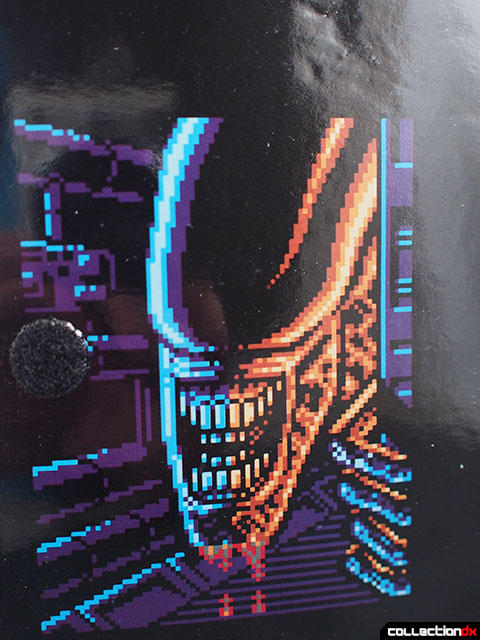 NECA has based the paint on this figure based on that image with a half blue / half orange paint job. It's rather cool. It stands almost 10" tall. 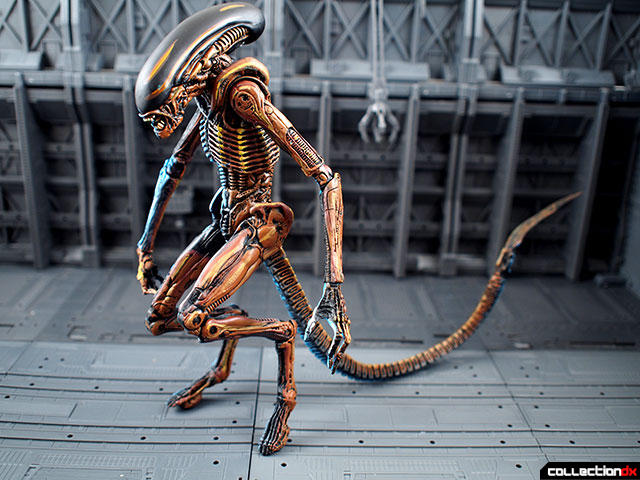 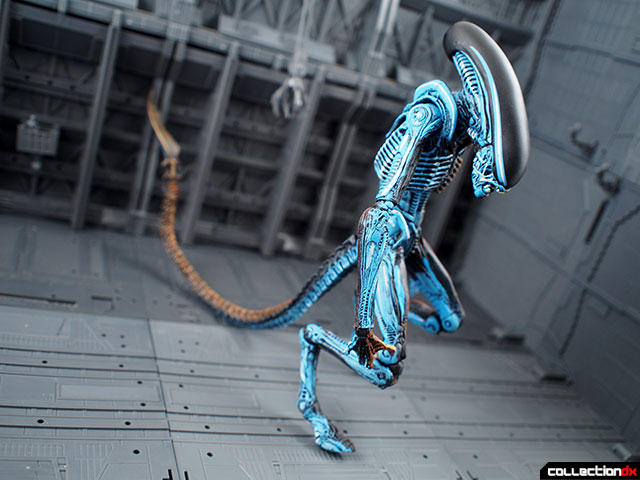 As you may or may not know, the Xenomorphs take on some attributes of their host when they evolve. In this case, this is a Dog Alien. I don't see any dog resemblance, but whatever. 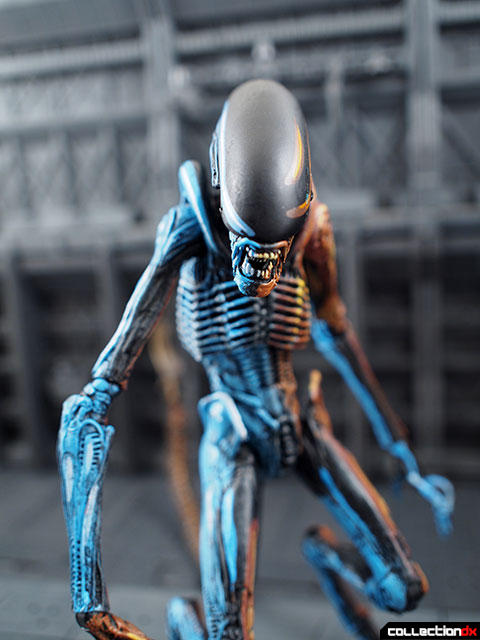 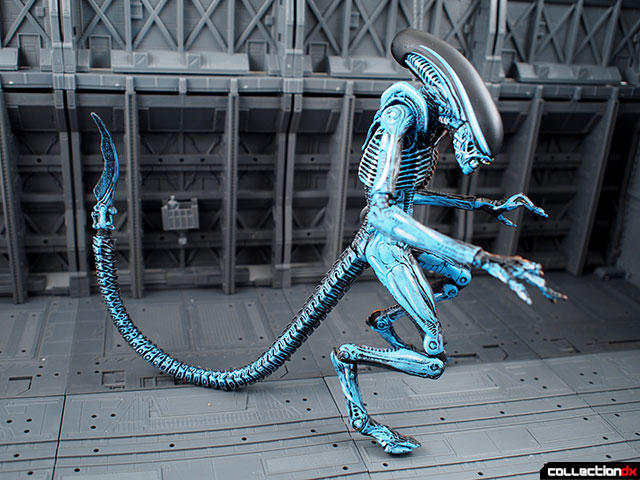 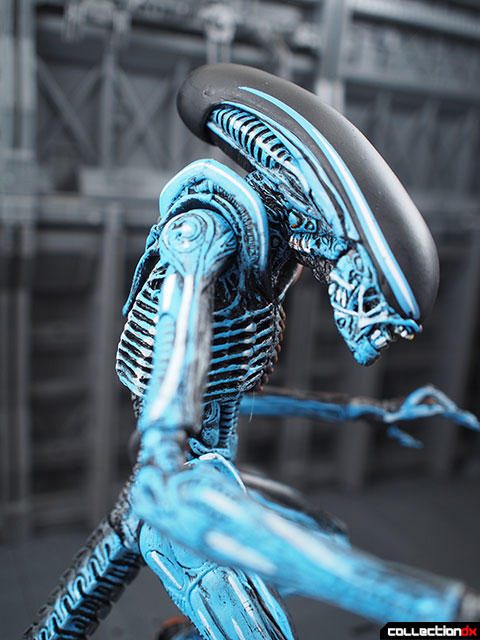 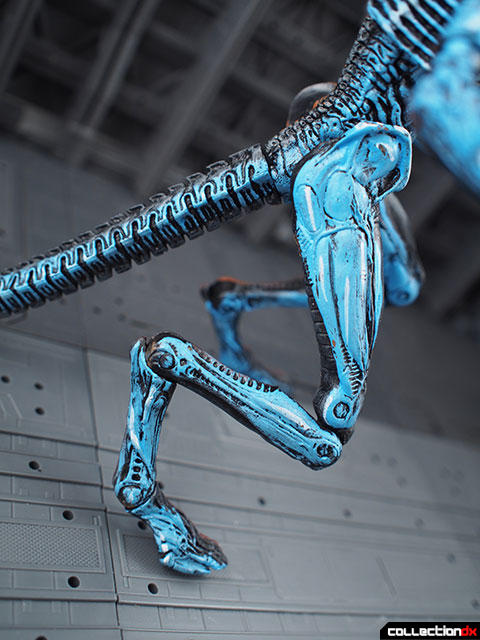 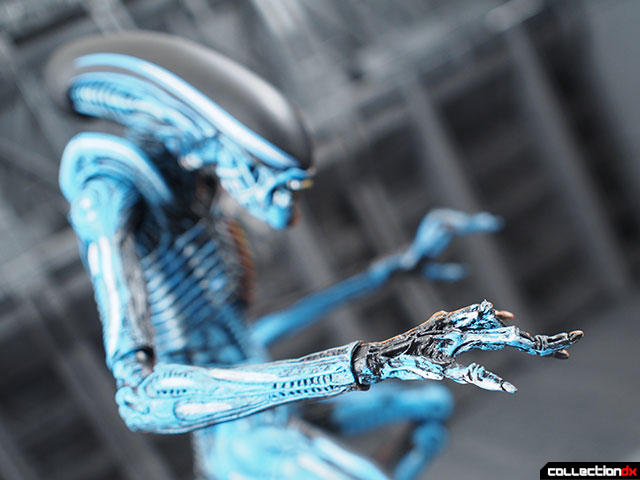 Articulation is simply great. There are over 30 points of articulation here. There's none of that joint sticking thing going. Everything moves as it should. 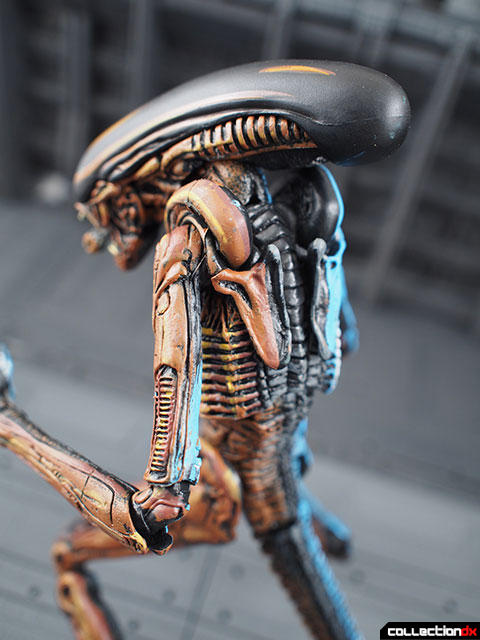 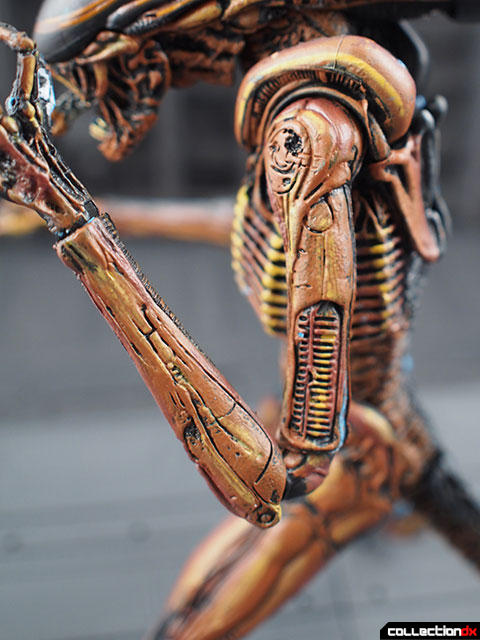 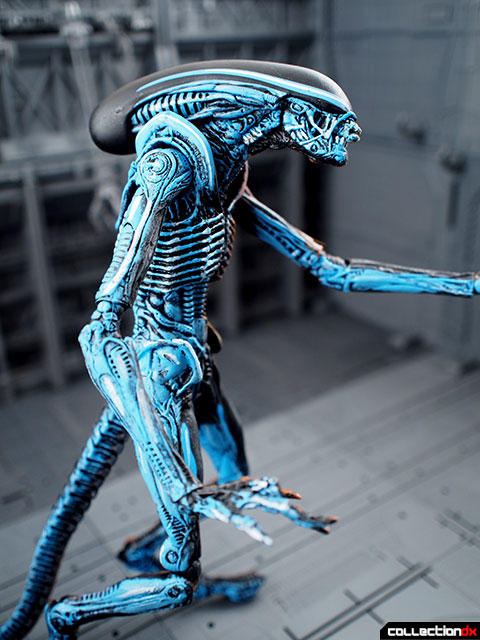 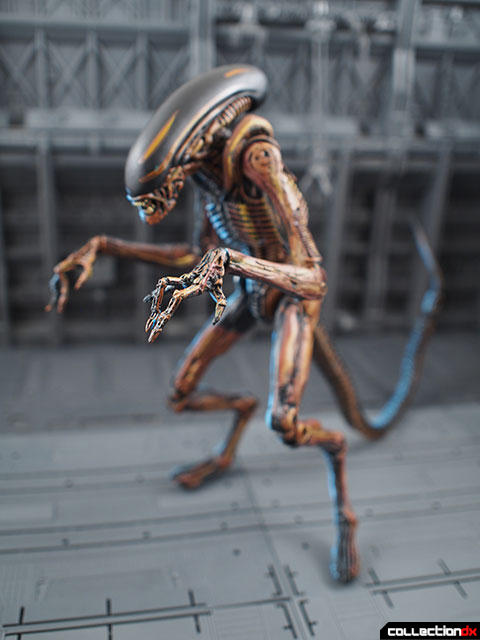 Even the tail has a bendy wire inside so it holds a great pose. 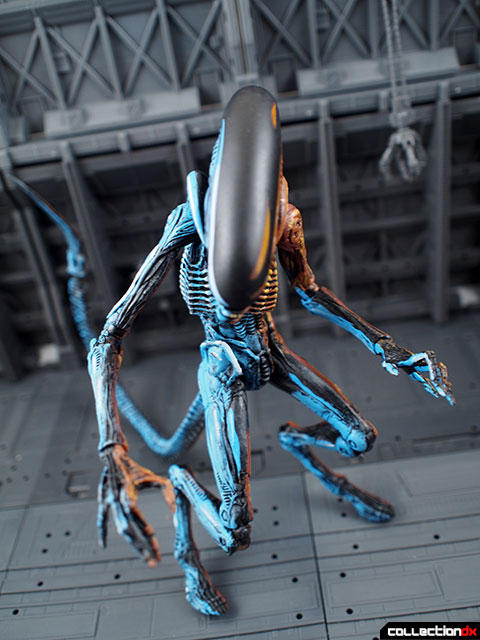 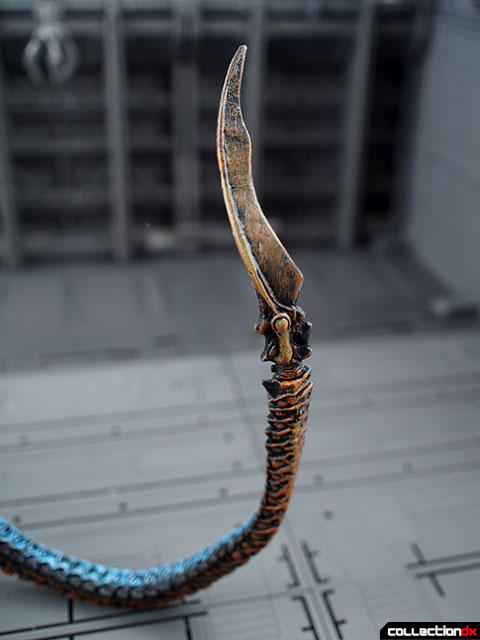 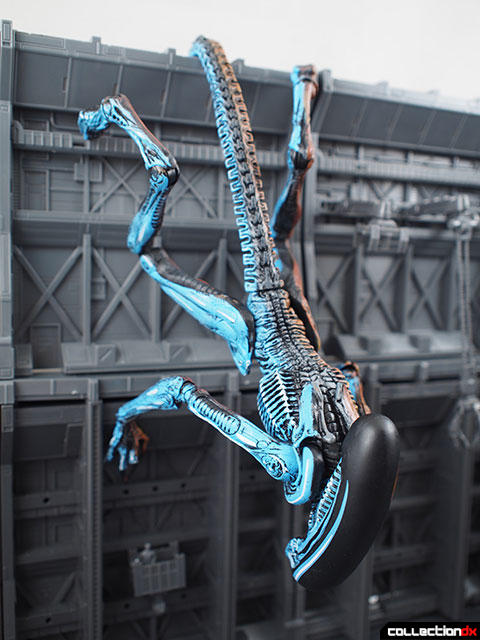 I tried a dog-like pose, I was mildly successful. 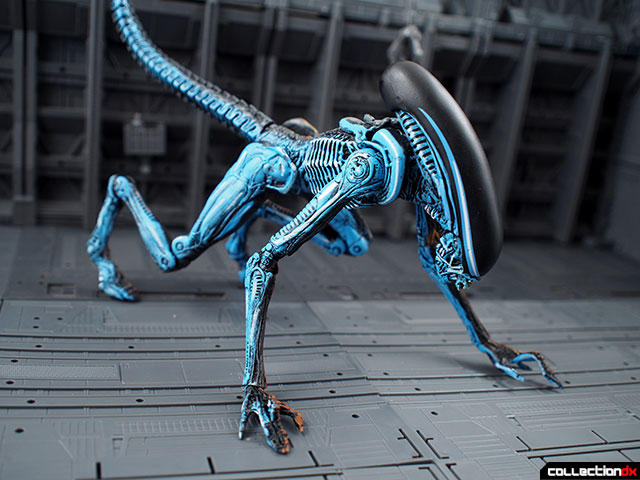 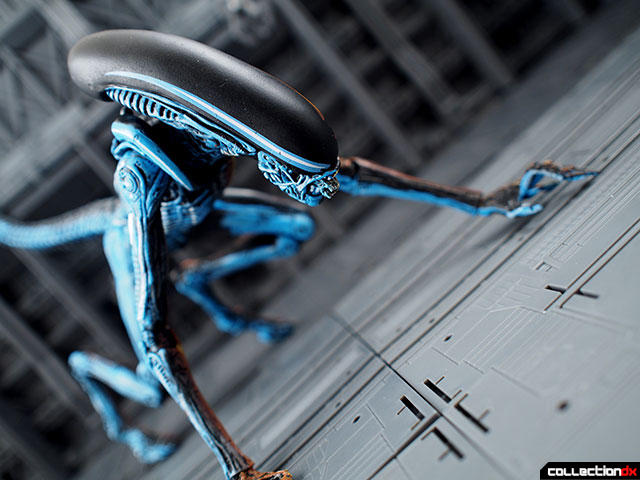 The jaw opens and the inner jaw can come out. 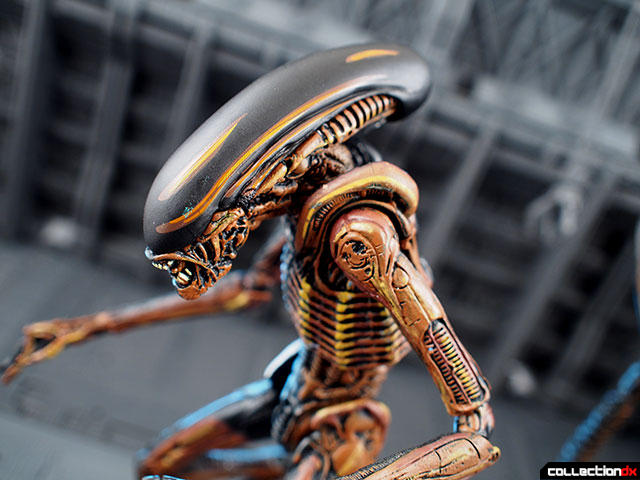 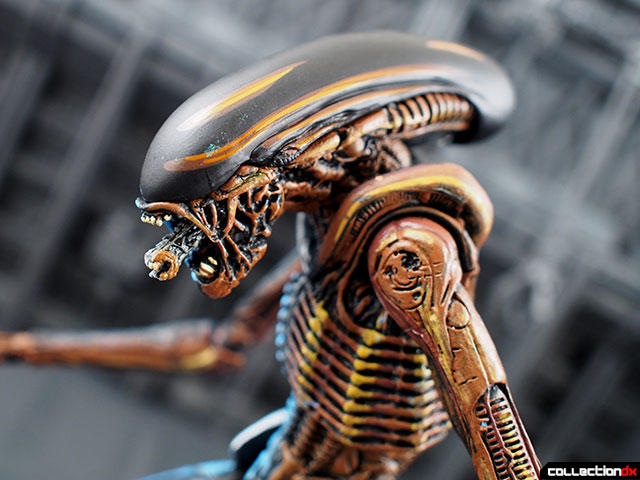 The only flaw I could find was that the paint didn't go all the way up the inside of the legs, making a harsh cutoff. 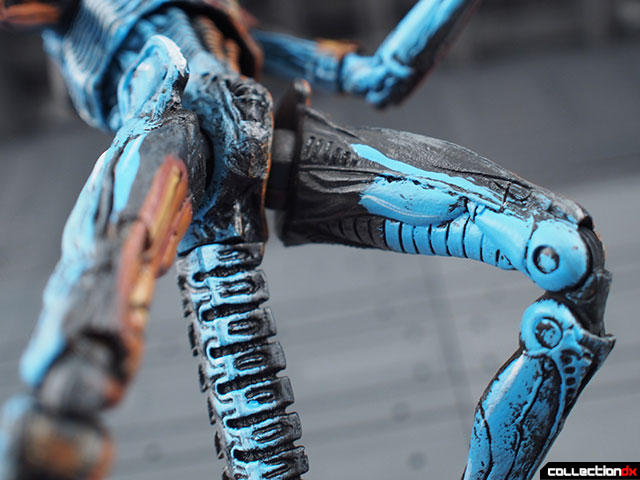 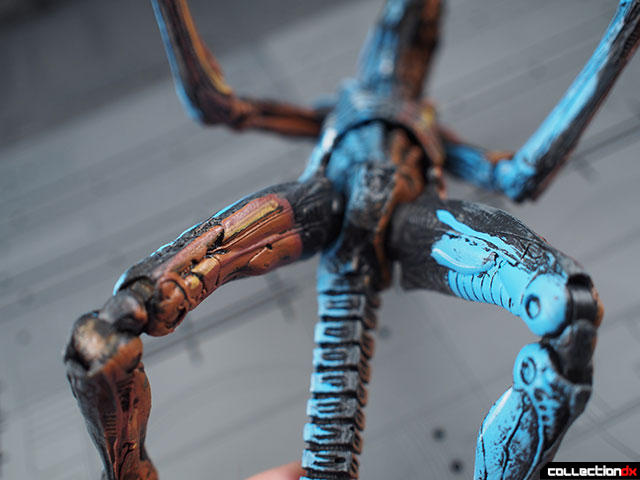 A small stand is included, but no guidance on how to use it. I improvised. 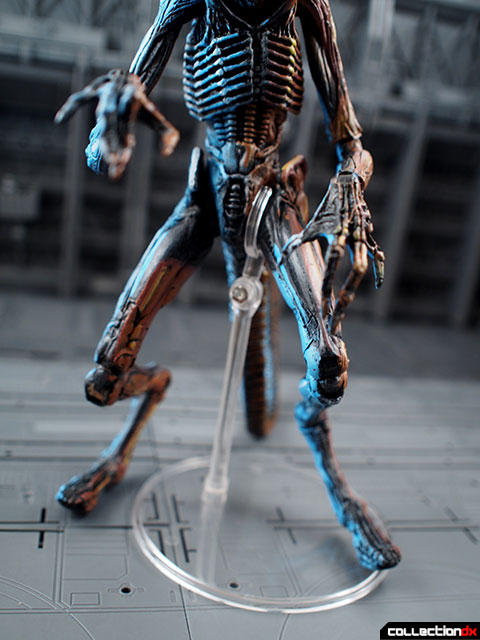 Overall I'm really happy with the look and feel of this guy. You can get a great deal on yours at Gearbest.com

I think the only reason it's called the "dog" alien is 1) it's host in the film was a dog and 2) it has digitigrade (I think that's the term) legs. And it spends a lot of time running around on all fours.