Prior to the new Star Wars film, THE FORCE AWAKENS had opened, Captain Phasma had been positioned to be the new bad-ass of the Star Wars universe. Her visage dominated marketing material, and her toy releases had been extremely sought after.

Played by Game of Thrones star Gwendolyn Christie, Phasma had all the makings of a legendary character on par with Boba Fett.

Then the movie came out.

Captain Phasma had maybe four scenes in the movie, and I don't think she shot her weapon once. She didn't fight. She just sort of stood there and barked orders and looked cool. At the end of the movie, she caved in too quickly and her decisions ultimately led to the victory of the Resistance. So much for that.

Now that's not to say she won't be cooler in the additional installments, but my excitement for this character greatly died down after seeing the movie.

This is the simple 5 points of articulation figure released with "Mission Gear" that does not appear in the film. The stand shown is not included. 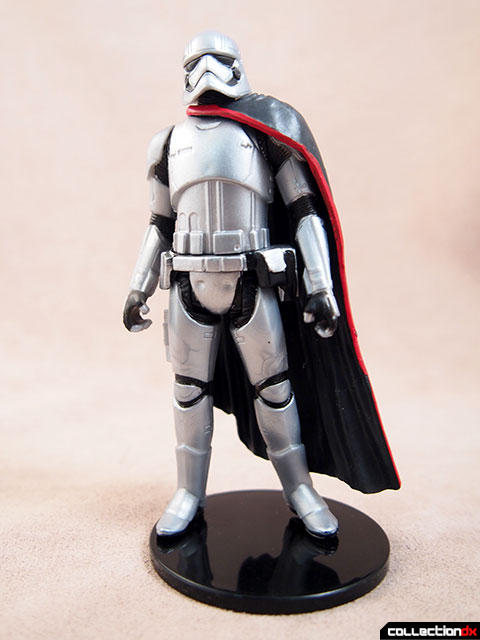 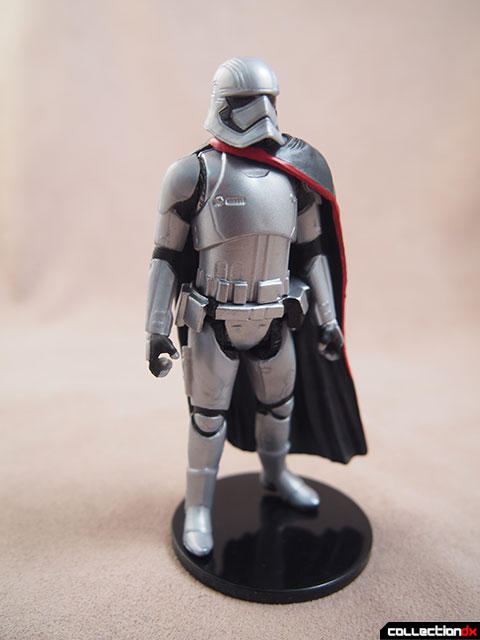 The figure looks fine. The silver plastic used to mold the figure has a slight metallic tint, but it also has some swirls in it where the color didn't quite settle. Phasma should be Chrome plated, much like the old Death Star Droid. Not Matte. But Hasbro hasn't been able to quite nail that yet. 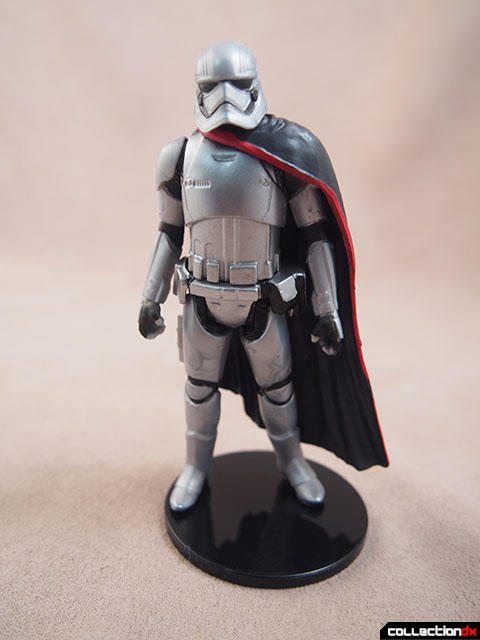 The cape is molded well, but mine had a big red splotch on the side. Cheap toys = worse QC. 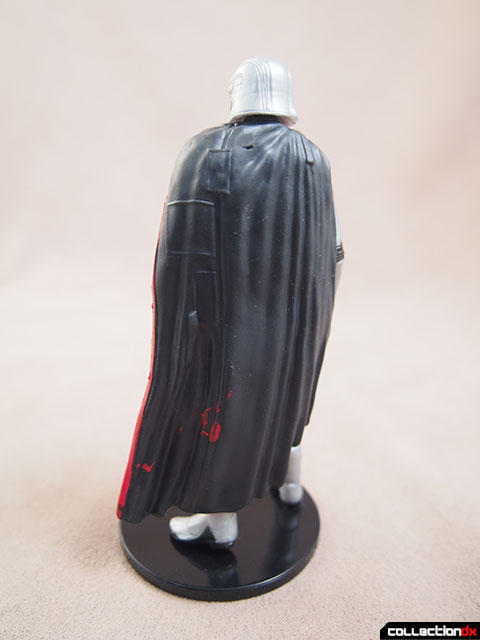 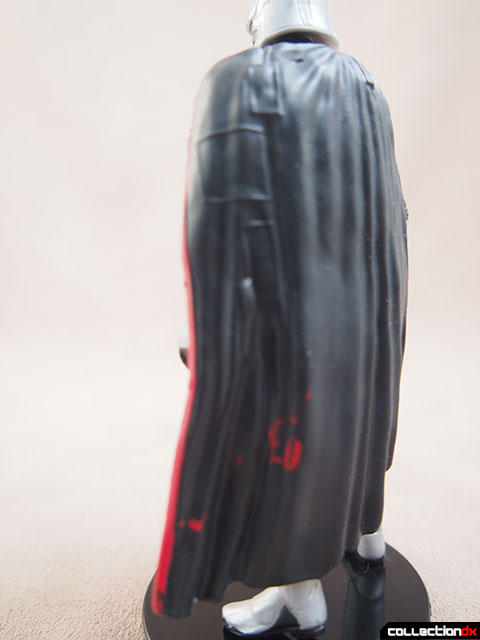 The gun fits well in the hand, and it also mounts on Phasma's side. 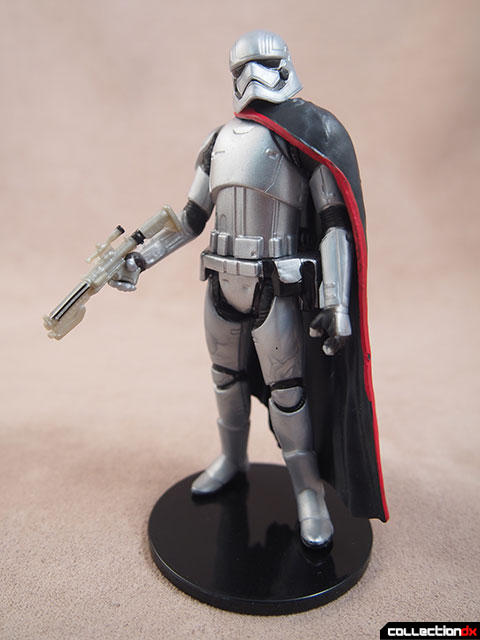 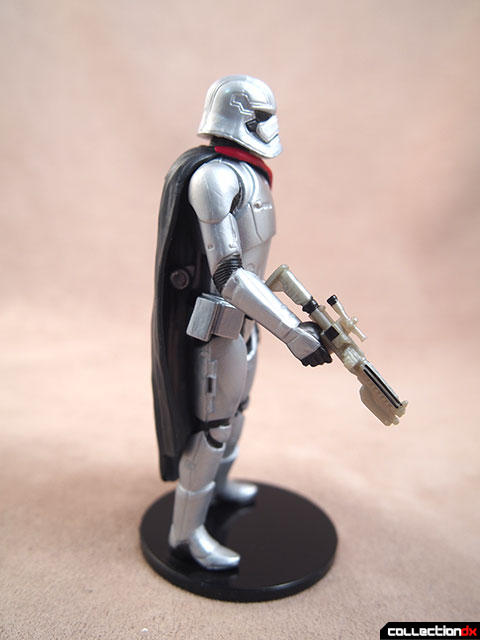 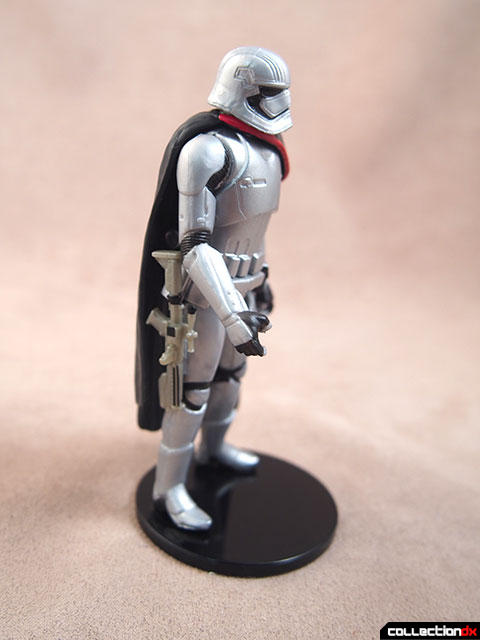 And then there's this thing. It's like a hedge trimmer. Apparently it can combine with other weapons in the series, but after Phasma I decided to largely focus on the Black Series for the Force Awakens. Into the parts bin it goes. 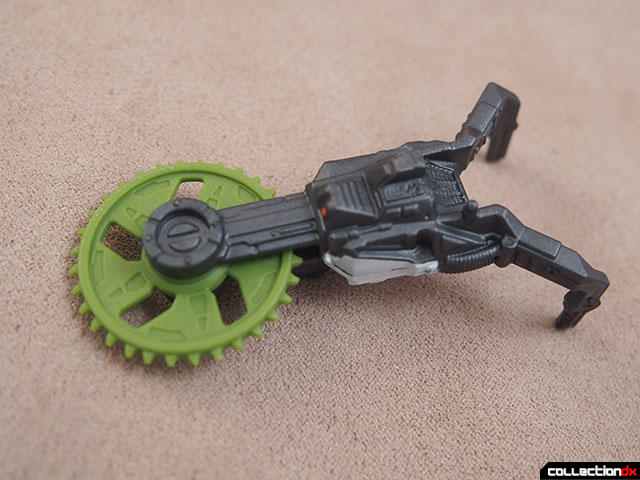 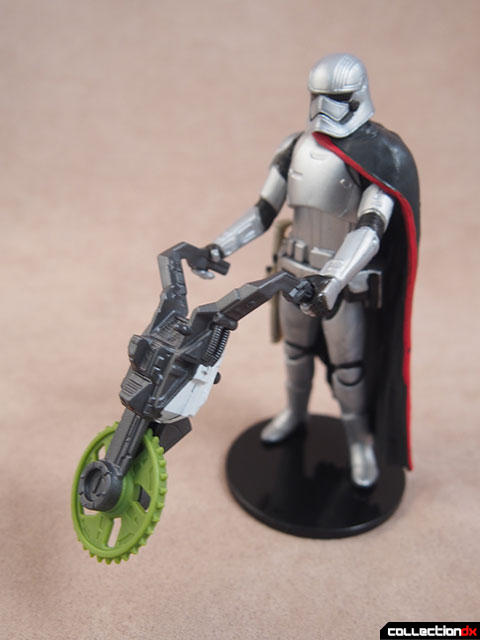 Don't get me wrong, it's not a bad figure - it has a very vintage feel to it, but I just am not as excited about the character after seeing the movie.

As far as a 5POA line, I do really like the figures and how they've done them. Phasma for example, has a very subtle stance that I like a lot, and figures wih robes have the legs sculpted on the inside. It's not a substitute for a fully articulated line of figures, but I can appreciate it for what it is .

I've not been a fan of the current 5POA line. Seems like an unnecessary step backwards in quality and features since Disney stepped in. Up to this point most of the 3.75 Star Wars figures had fairly nice articulation at the same price point of the current 5POA TFA figures.

If they wanted a way to move potential peg warmer figures, they should have just opted for another droid builder set rather than the weird combiner weapons. However, I'm sure that's more targeted at kids who would rather have an "Imperial pizza cutter" over a random droid leg.

I don't mind them moving down to 5poa,but the excuse given is cost and yet we don't see any savings on our end!

That said just a heads up if you have Family Dollar in your area they have all the TFA figures for 5 bucks.

Keep in mind, Boba Fett's first (movie) appearance in ESB was pretty much the same as Phasma's... just stood there in the few scenes he was in, said a few lines like "He's no good to me dead" and didn't do much of anything else (oh okay, he shot at Luke a few times).

I'm still a Phasmaddict despite her underwhelming appearance in TFA though... I have this 3.75 one, the Black Series one, the Elite diecast version, the TRU 12 inch exclusive, and the 18 inch Jakks! Am I missing anything else?

There's an upcoming Lego Constraction (a.k.a. Bionicle-style) Phasma that looks very nice as well. Right now the minifigure only comes in the landing shuttle set.

Oh yeah, the SHFiguarts one.... and there's a Hot Toys coming soon also. Ugh... maybe I should quit while I'm ahead....