Star Build Strike was already a surprising figure to announce in this wave of Assault Kingdom. Build Burning was even more surprising as it was a Gundam from a series that was currently airing when it was announced! I was quite excited for this especially since it looked like it was similar to the Shining Gundam in execution. I'm quite pleased to find out that I was right. 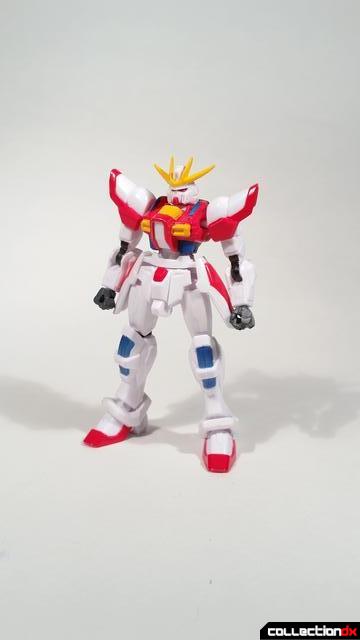 Much like the Star Build Strike, the paint on the Build Burning is glossy and gorgeous. It really helps make this otherwise plain white figure pop. 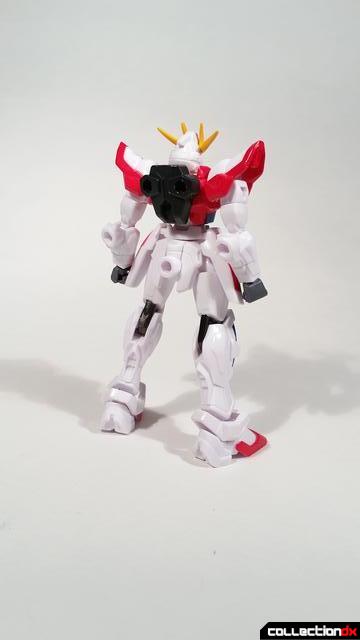 The metallic blue paint used for some of the panels has a lovely sheen to it. 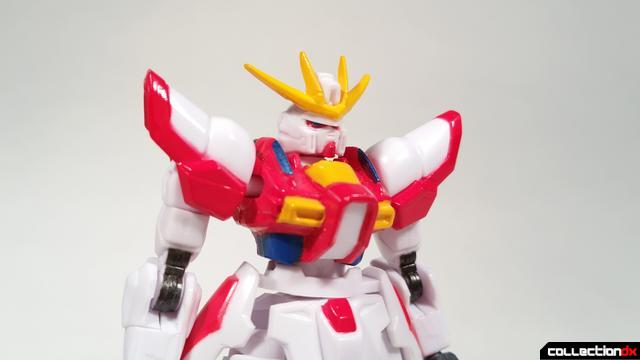 The articulation on Build Burning is great. There's no swing out ankles or anything like that, but the Build Burning's simple design means that this figure can pose anyway that it needs to. 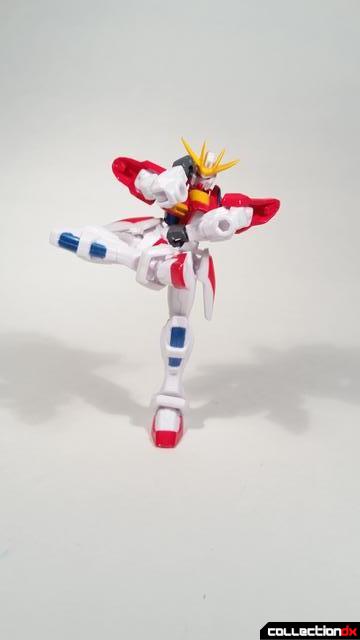 Much like the Shining Gundam, Build Burning has the hinged shoulders for extra dynamic shoulder movement. It's waist joint is also on a much smaller ball joint which allows for a greater range of emotive tilt. 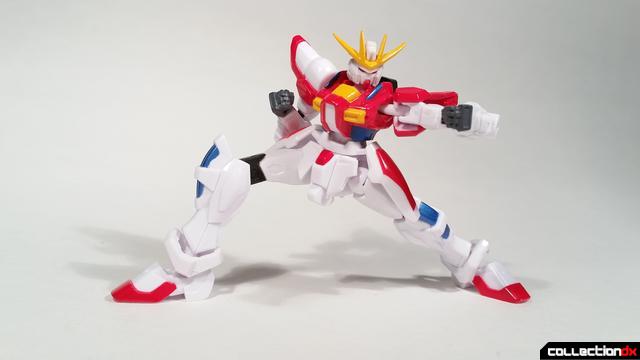 The only accessories that Build Burning comes with is an alternate set of hands for doing signature Jigan Haoh School poses. 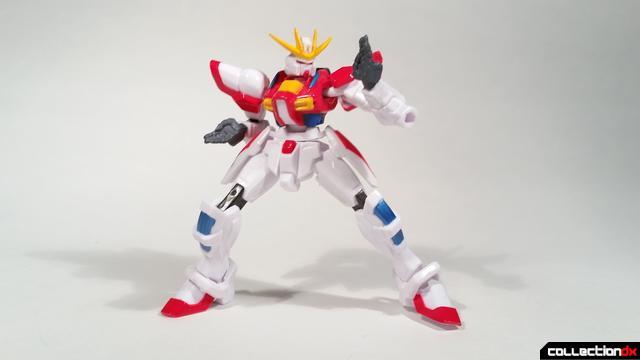 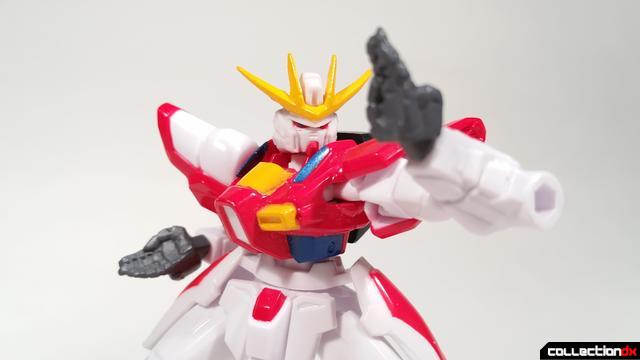 They're also really good for shrugging like he has no idea what's going on. 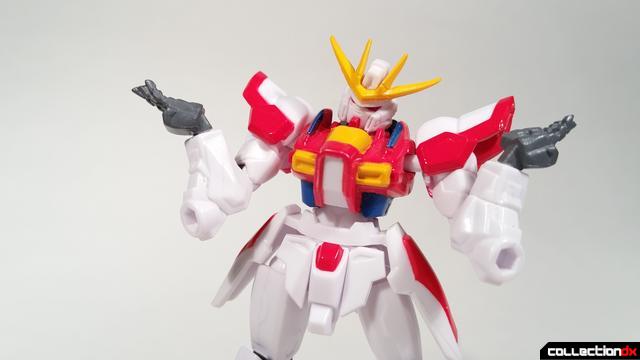 There's so little that comes with the figure, but I don't feel like it's missing anything. All Build Burning needs are its FISTS! 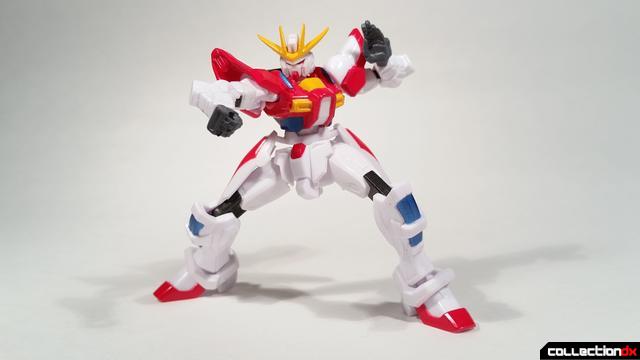 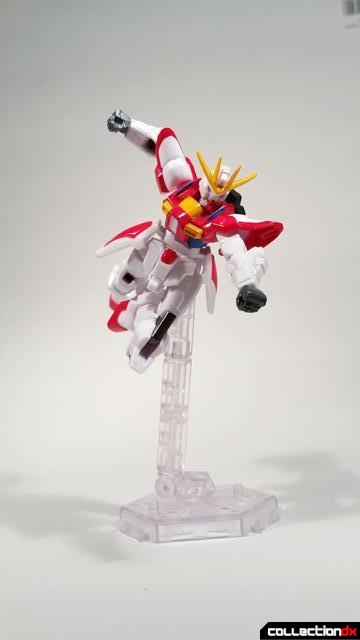 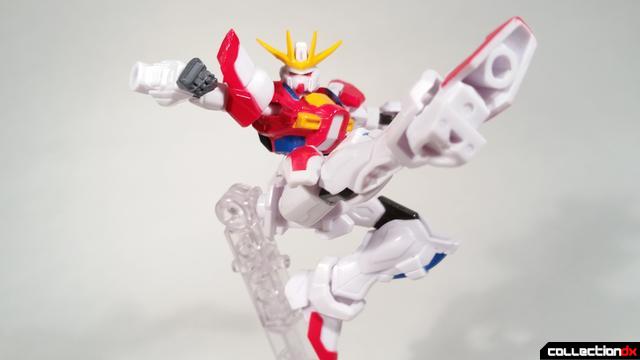 Build Burning Gundam has been my go-to figure for taking with me on the go. It's just such a compact fun figure where I don't have to worry about any weapons or extra bits. This is one of my favorite recent releases in Assault Kingdom and few hold up to it. 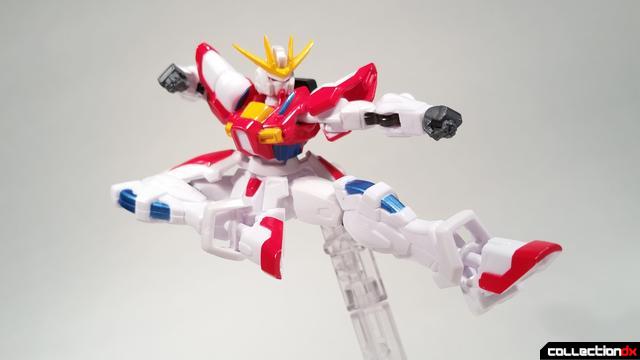 Plus it's one of the few figures that can do push ups. 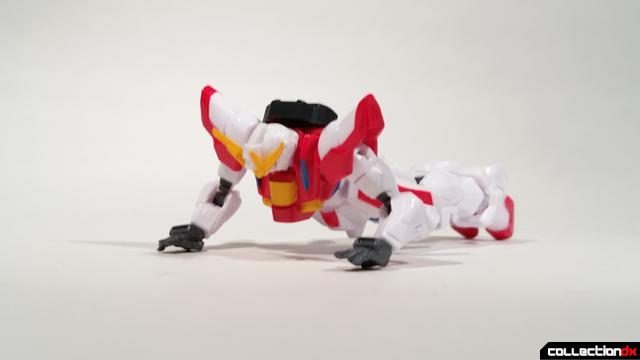