I love Metal Hero. In fact, I've loved Metal Hero since I was a little kid. I just didn't know it at that point. I watched Power Rangers all the time as a small child, and I immediately fell in love with Saban's other attempts at Japanese localization like VR Troopers, Masked Rider, and, of course, Big Bad Beetleborgs.

It wasn't until later on that I discovered that all of these shows were based on other Japanese properties. Beetleborgs used action footage from an awesome Metal Hero Series called Juukou B-Fighter, while its second season used footage from the sequel series B-Fighter Kabuto.

But hey, let's get on to the figure. This is one of the main three Beetle Fighters. Blue Beet (Or Blue Stinger for my Beetleborg Buddies) was released as a Bandai Tamashii Web Exclusive. That means that he is very hard to find. At least for a decent price. While myself and a few others have very positive feelings for the Big Bad Beetleborgs, our nostalgia was not enough to persuade the powers that be to bring these over to the States. So we are left to use middleman services or pay high markups on the secondary market. Even now, it's almost impossible to find this figure for less than $80 USD.

But hey, check out my video review! 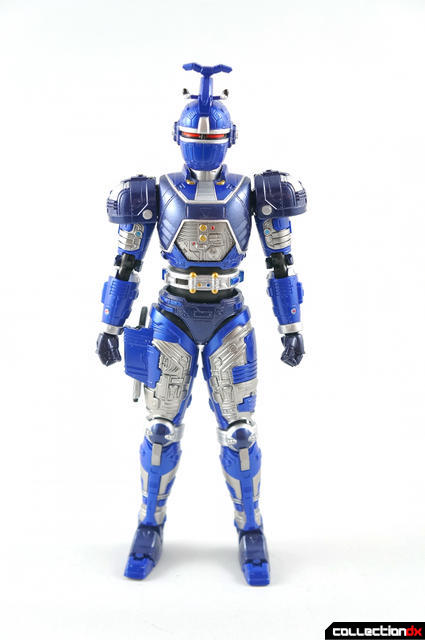 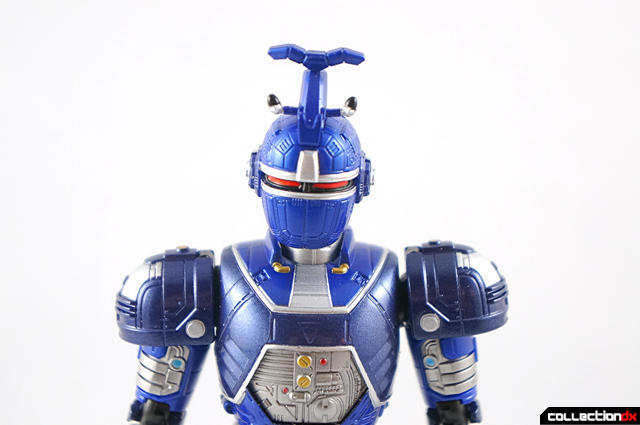 The silver bits aren't really chrome like the original toys, but the blue areas are nice and metallic. Even now I can't take my eyes off of it. It's just a beauty of a figure. 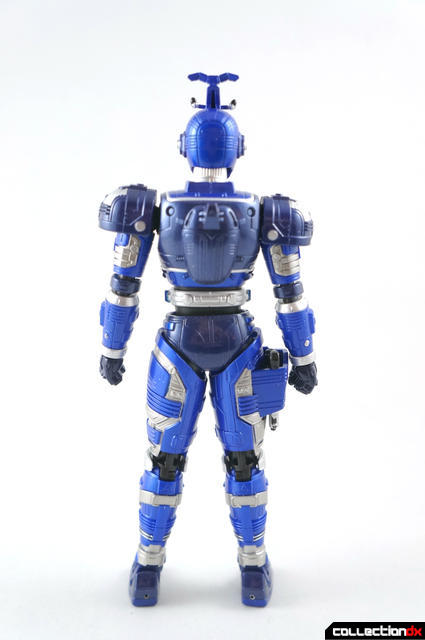 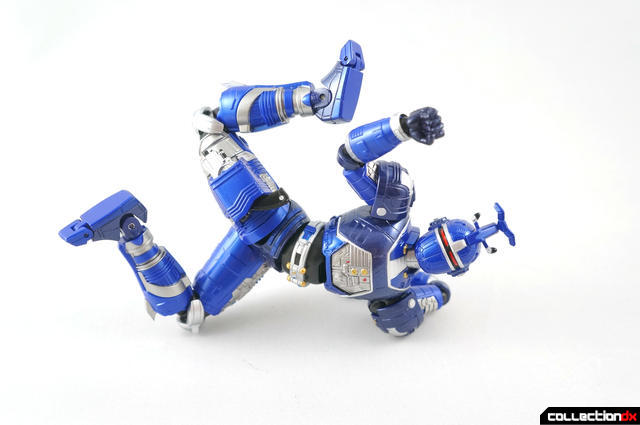 The articulation on this figure is also excellent. The design is really bulky and doesn't look like it would move very well, but luckily, appearances are deceiving. 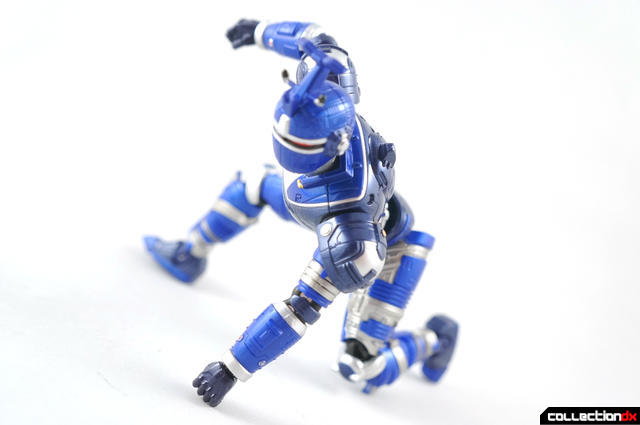 Blue Beet has all the usual joints of a standard SHF release, but he also has added joints in the hips and thighs to add range of motion. 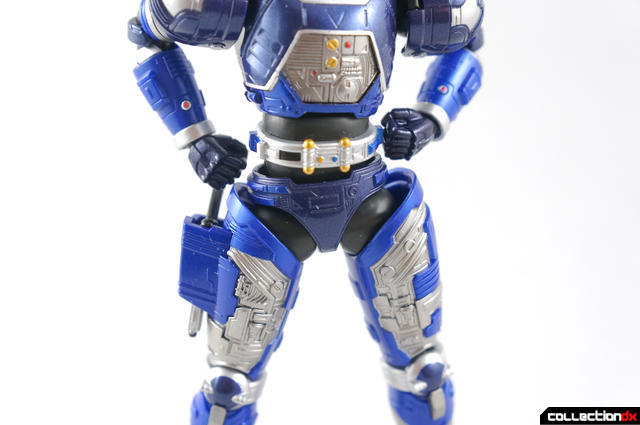 I believe the thighs are on ball joints so you can pop them out to give enough clearance to move them up or down without messing with the sculpt. 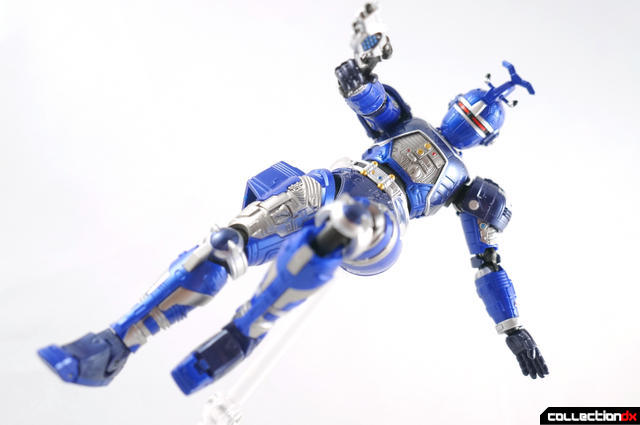 The biggest letdown I found were the knee joints. They're double joints, but they're a bit more limited than what I'd like. You still get well over 90 degrees of motion, but you won't be able to get him to kick his own butt. 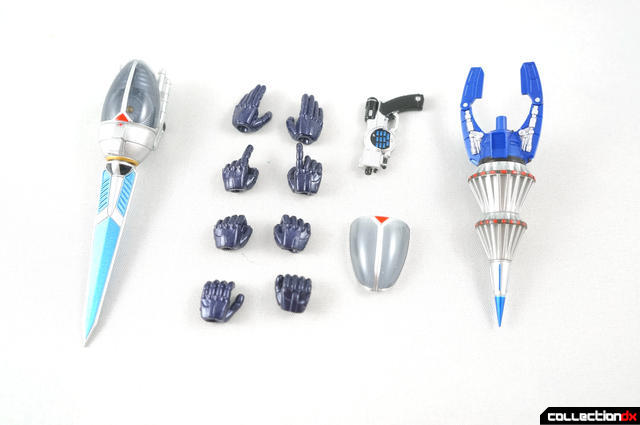 And now for the accessories. He comes with 4 pairs of hands (fists, holding-things hands, open hands, and gun-holding hands), the Input Magnum, Stinger Blade, and parts to create the Stinger Drill. 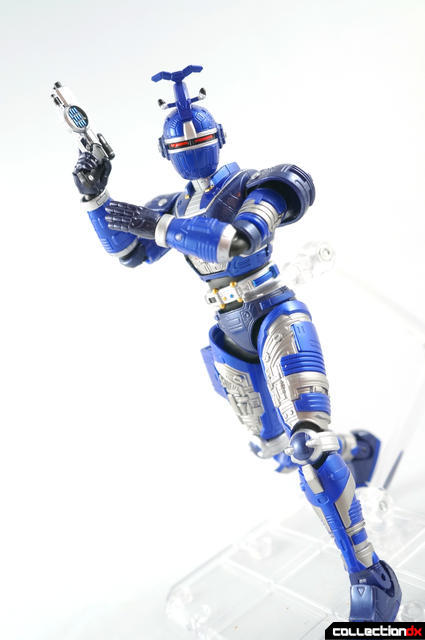 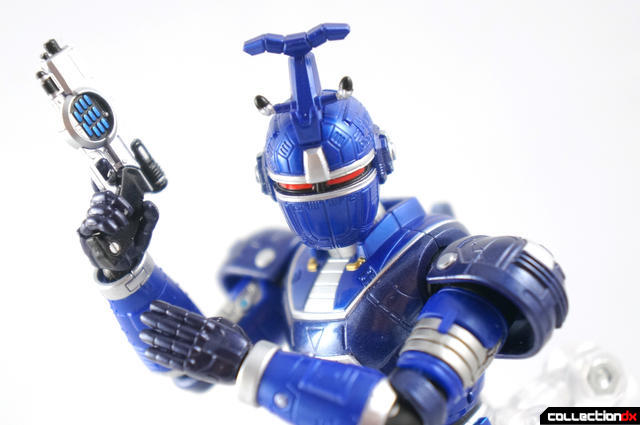 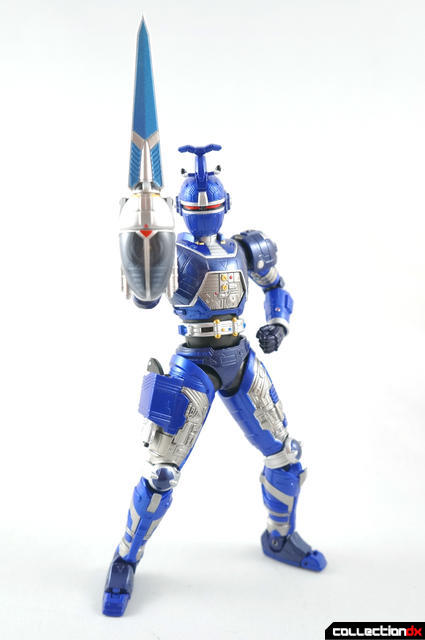 The only two things he was missing were the B-Commander and the Pulsaber. I don't care about the Pulsaber because it's useless and is only used to create the Saber Magnum (when combined with the Input Magnum), but I'm really sad that this didn't come with a B-Commander. I know I'd never really use it for anything, but I like having transformation devices in my SHF releases. 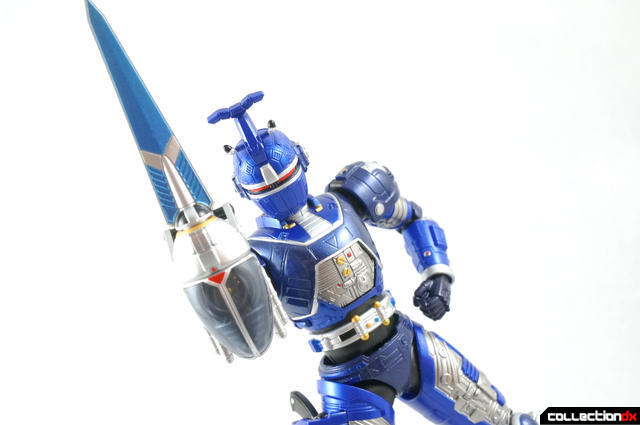 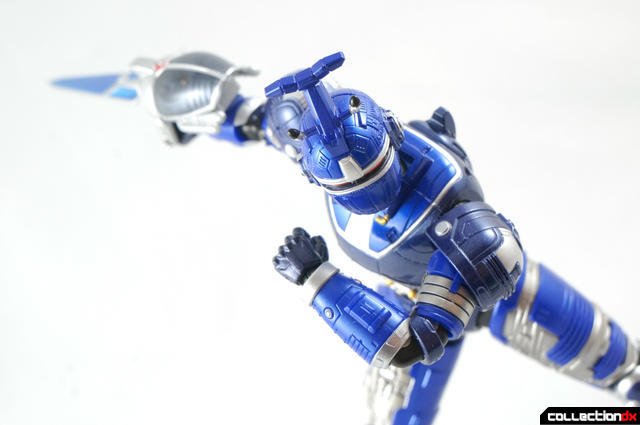 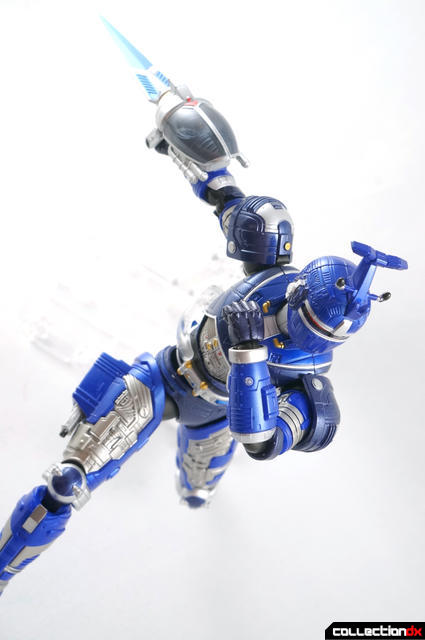 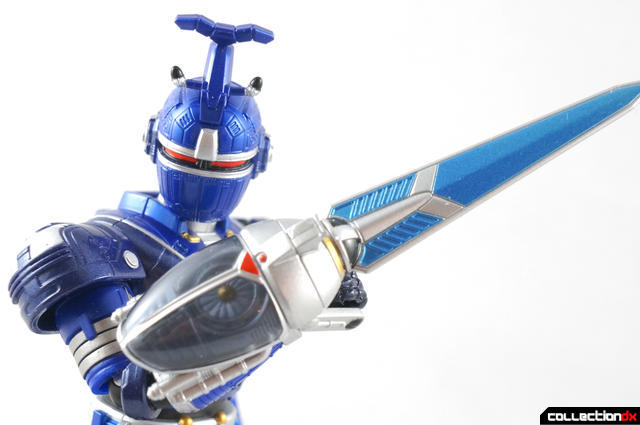 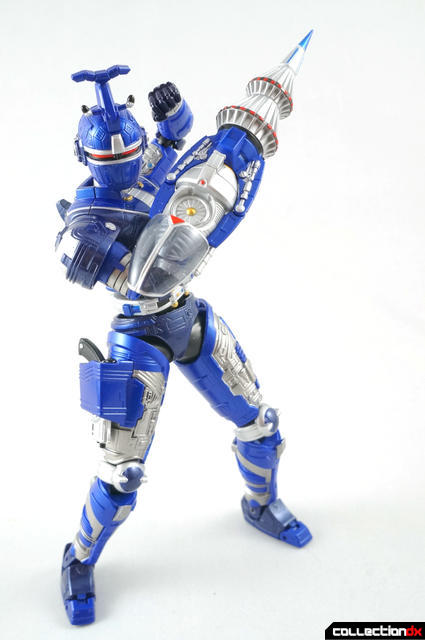 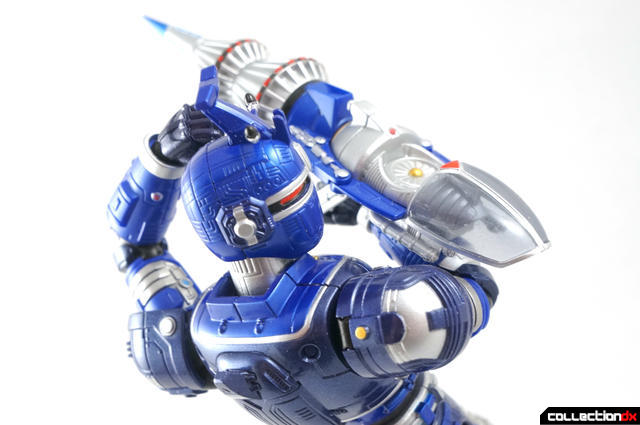 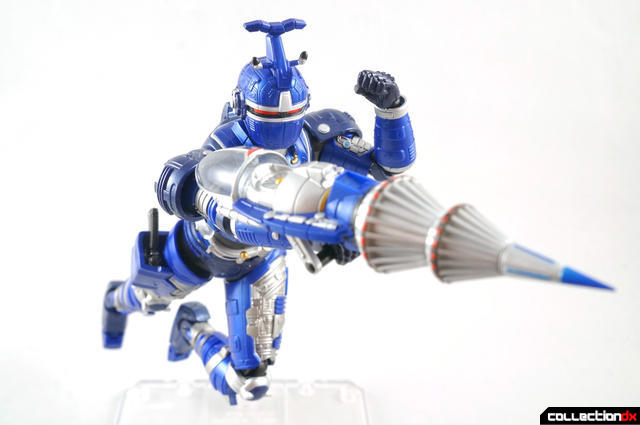 Still, I had a blast playing with this toy, and he looks great when paired up with other representatives from my childhood. 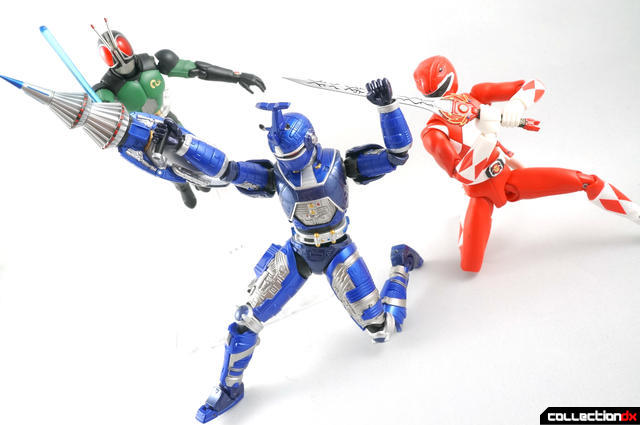 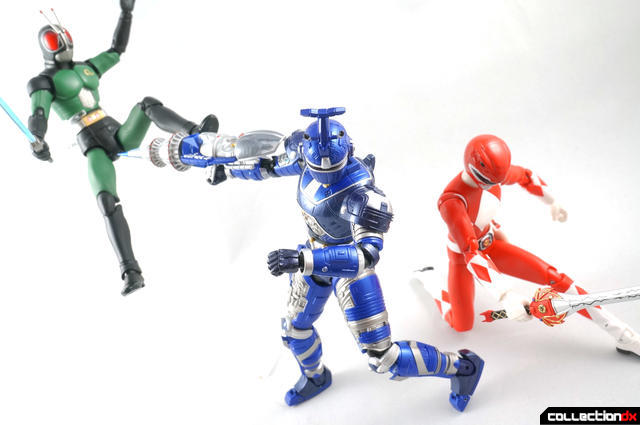 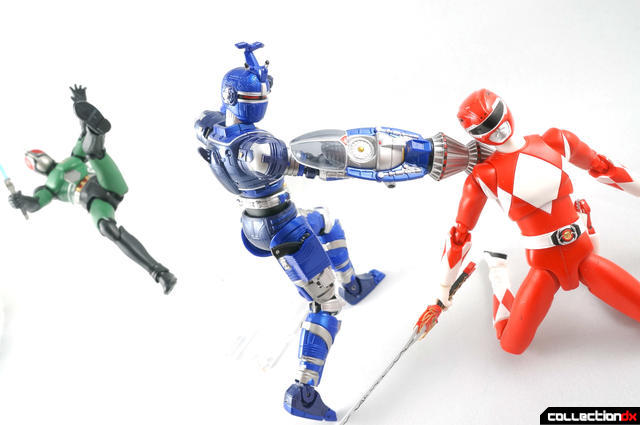 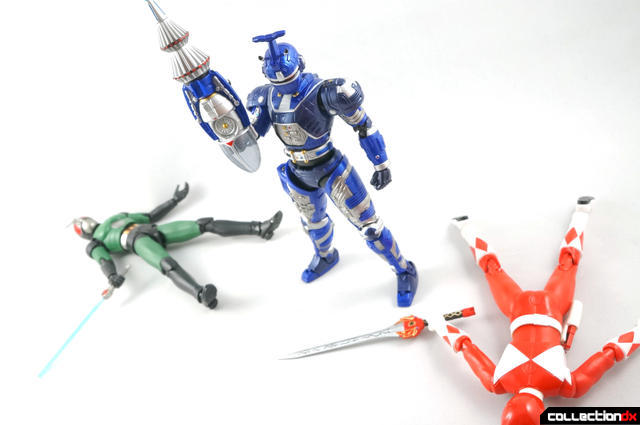 If you can manage to find this figure for a decent price, I highly recommend him. This is the best representation of a B-Fighter/Beetleborg available. For big Metal Hero and Beetleborgs fans, I would even say that he's worth paying secondary market prices. I paid about $60 USD for mine, and I couldn't be happier. 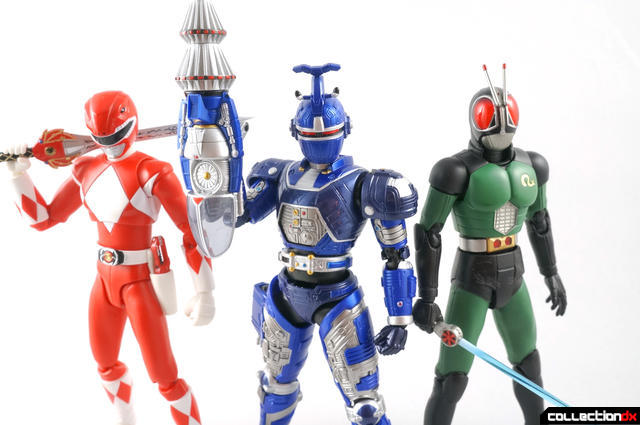