Skeleton Warriors is not part of my nostalgia - I remember seeing them in stores and I thought they were cool looking, but I never bought anything. But for 90s kids Skeleton Warriors may have been the coolest toy line that never went anywhere. Articulated evil skeleton action figures? HELLO? Where were you in the 70s?

The folks over at October Toys launched a kickstarter in 2014 to re-launch the Skeleton Warriors line with an all new release using the Glyos joint system. Needless to say, I was in. The Kickstarter launched on June 4 and quickly reached it's goal, ensuring that new Skeleton Warriors were on the way.

The end result is this - Baron Dark, the main bad guy of the Skeleton Warriors universe. 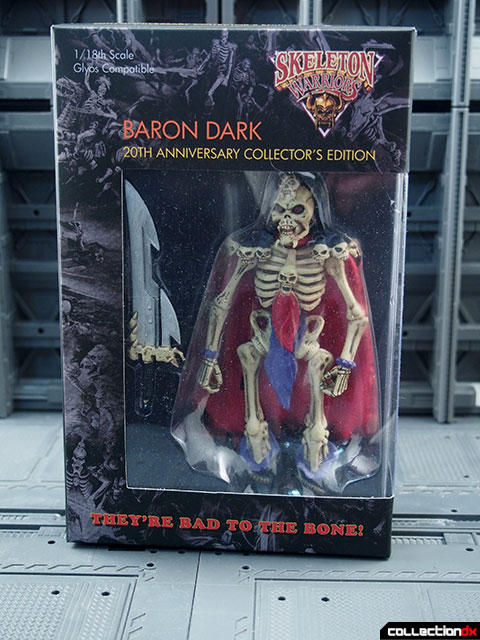 The box is similar to the Star Wars Black Series, in both size and design. Most of the design is great, but as a designer the horrible font at the bottom really bothers me. 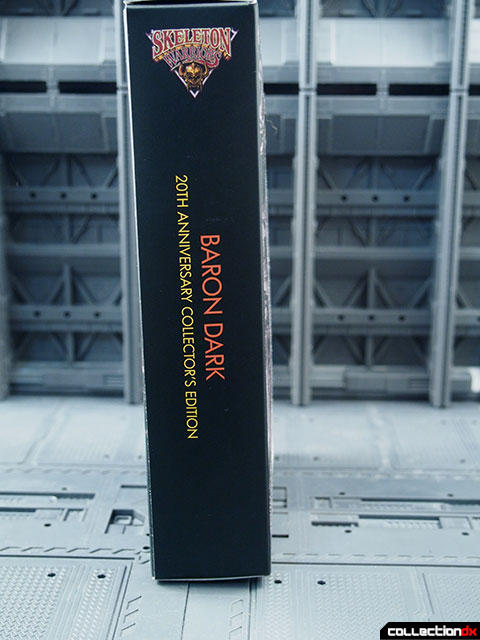 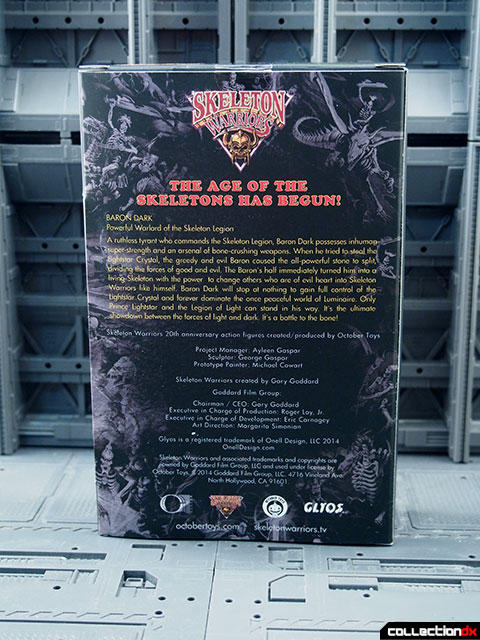 Included with the package was also a booklet about Skeleton Warriors and a small print. 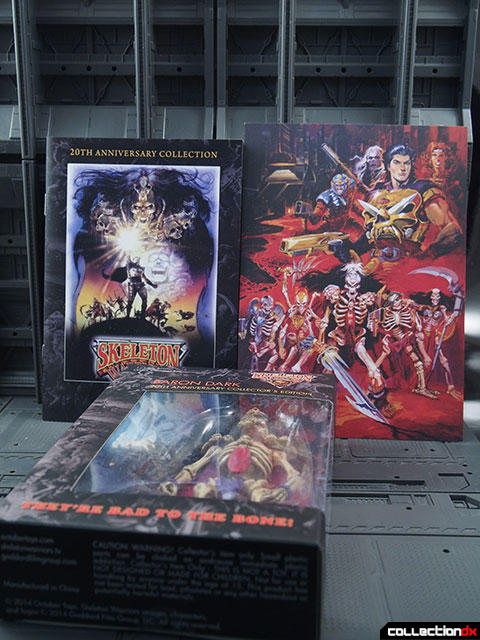 Baron Dark is 1/12 scale and extremely detailed. With the heavy PVC cape on he's a bit back heavy and can be a challenge to stand upright. Without the cape he fares better but does not look as cool. 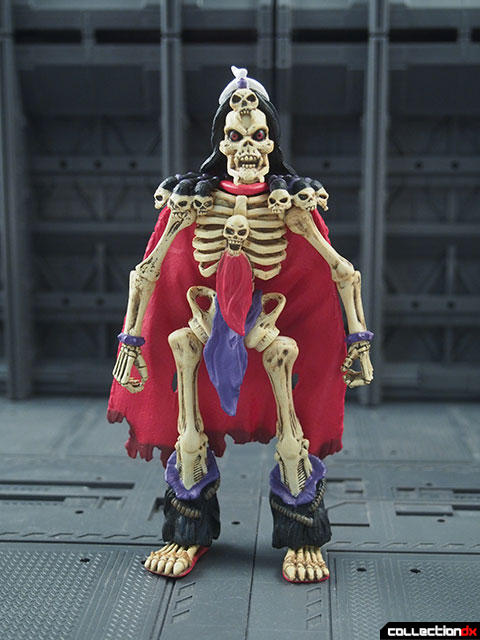 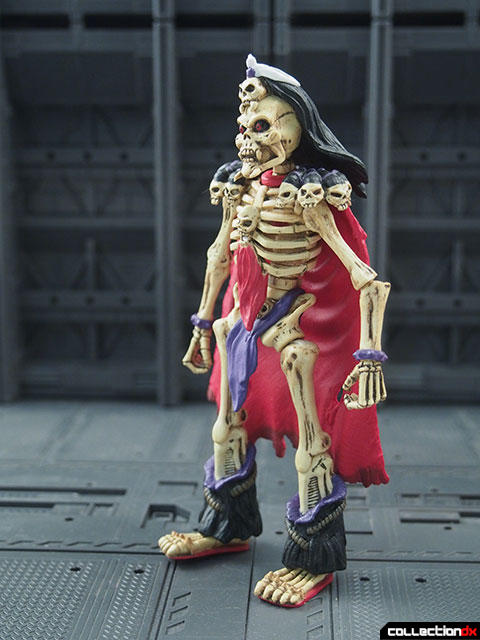 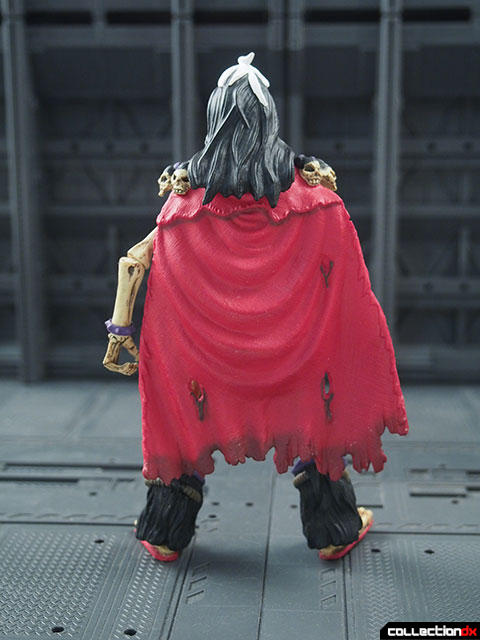 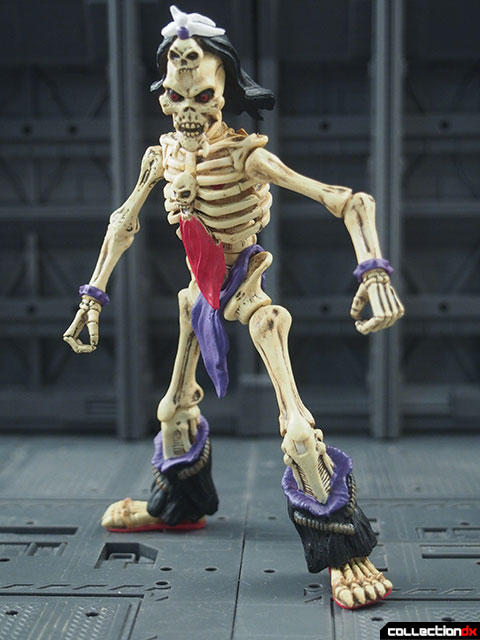 Each connection point utilizes the Glyos Joint System. Even the tiny hinges have little Glyos pegs on them. The end result is a fully articulated skeleton with hardly any visible joints. 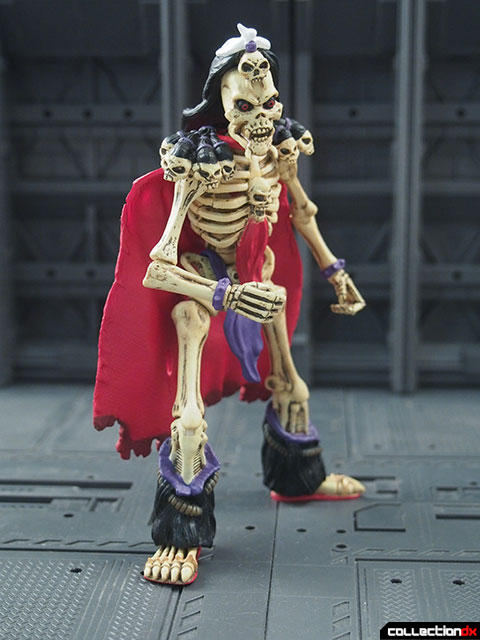 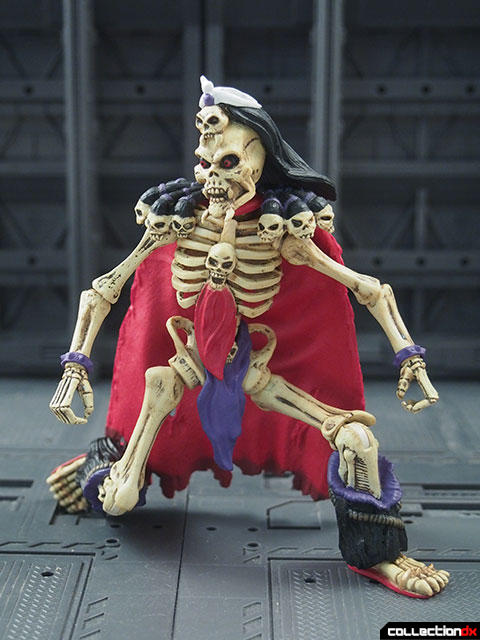 Being Glyos-compatible means that the figure is modular and can be completely disassembled. There are a LOT of pieces. 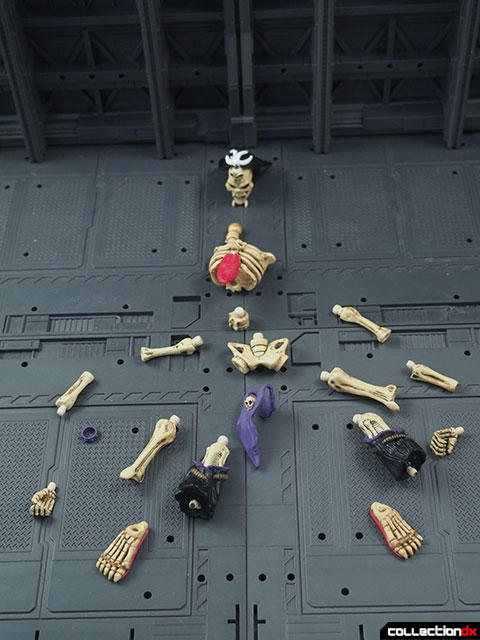 There's a little red gem shaped thing in the chest that's hard to see, but it's something the original figures apparently had, and the attention to detail here is great. It must have been a bitch to paint. 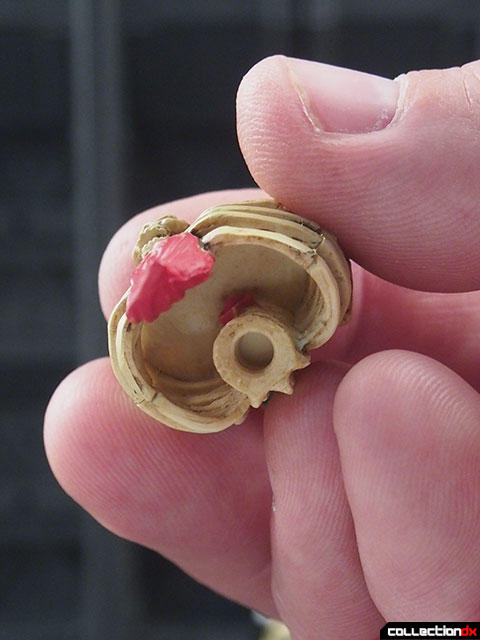 There's something about the face I don't like. I am a big fan of skulls, and this design just doesn't do much for me. This is no fault of October Toys - they have faithfully recreated the look of the original Baron Dark. I think I just am not a fan of Baron Dark's face. 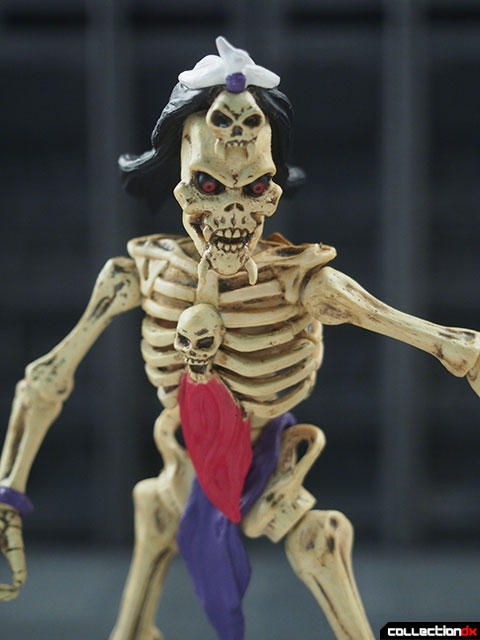 Baron Dark comes with a large sword made out of the same PVC as the figure, which means it's a little soft and bendy. 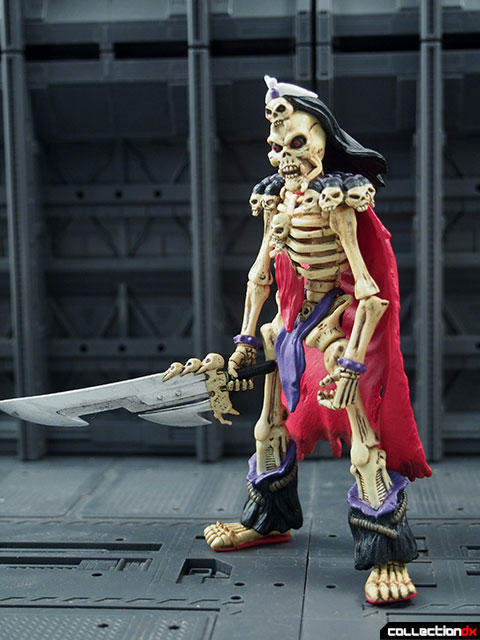 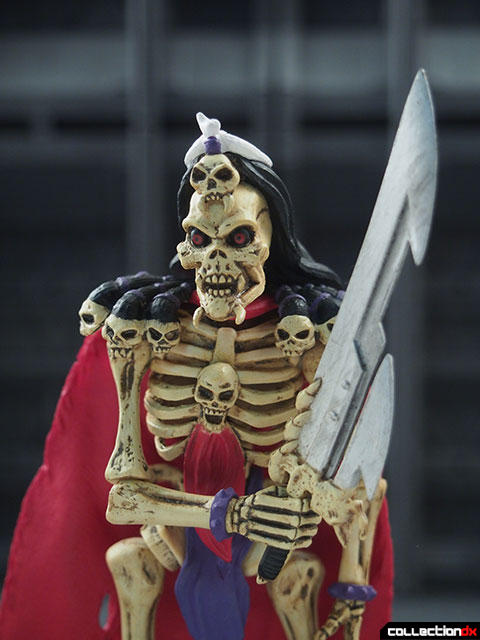 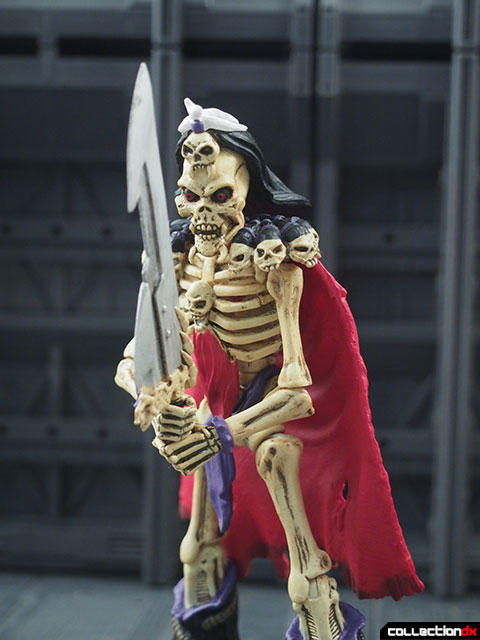 At the reward level I signed up for, I also got a bonus glow skeleton which is pretty great. I like the skull head on this much better, and there are a lot of different parts from Baron Dark. 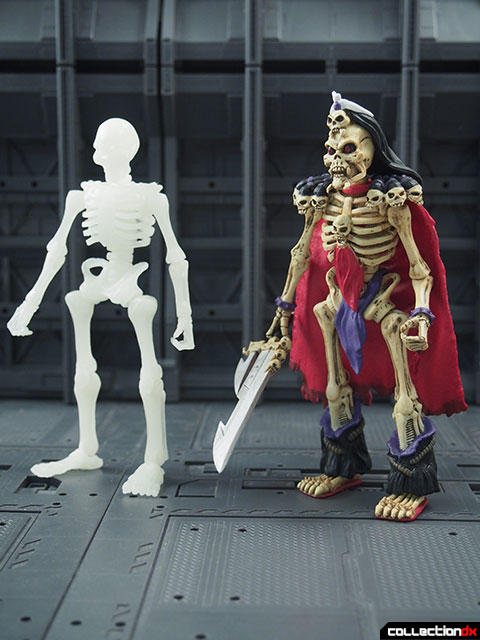 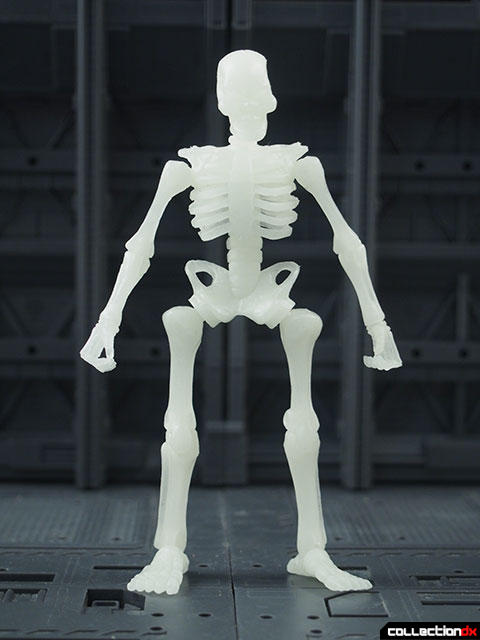 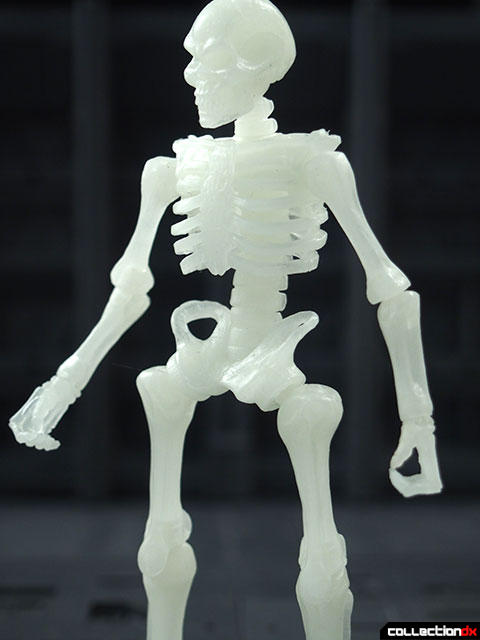 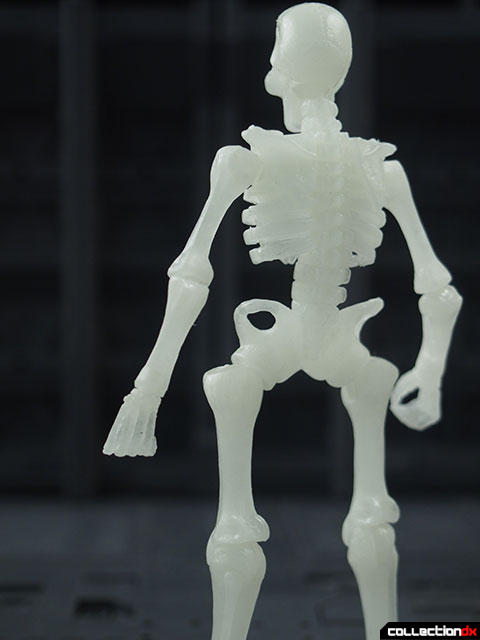 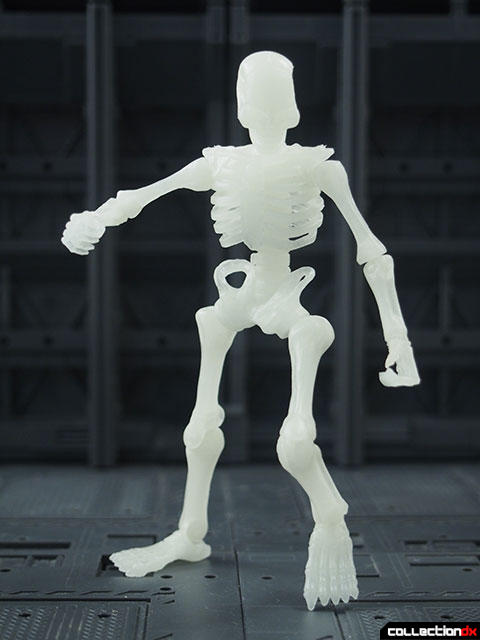 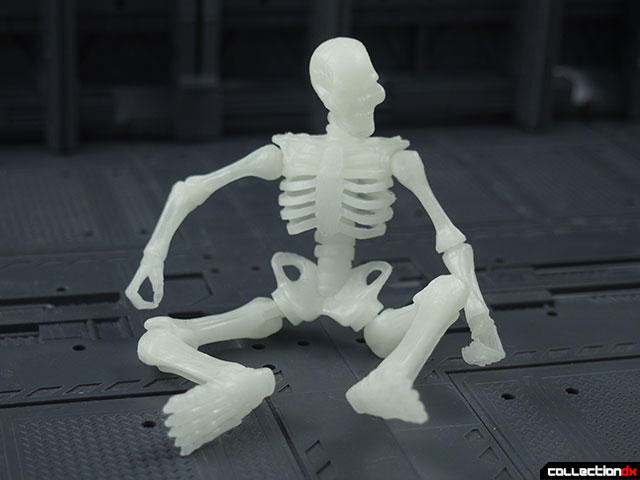 The glow is strong and very green. 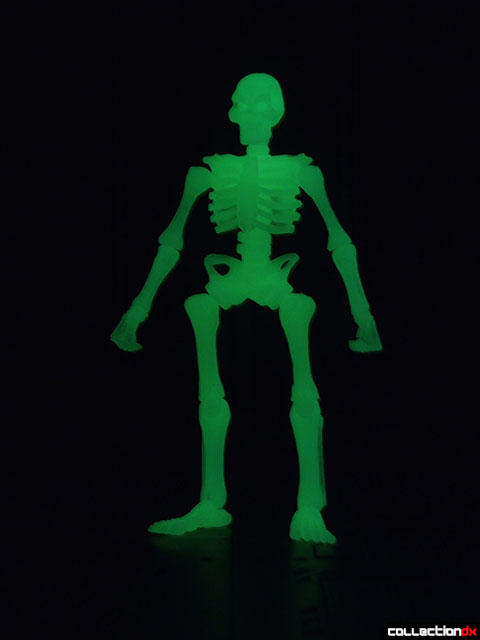 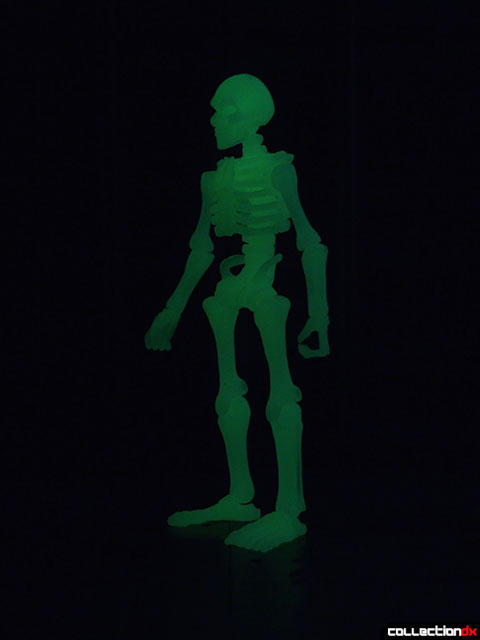 Overall it's a great figure, but I think my issue is that the character does not mean a lot to me. I'm sure people who grew up with this toy, or at least awareness of this line, will appreciate it much more than I. October Toys did a great job with an ambitious release. 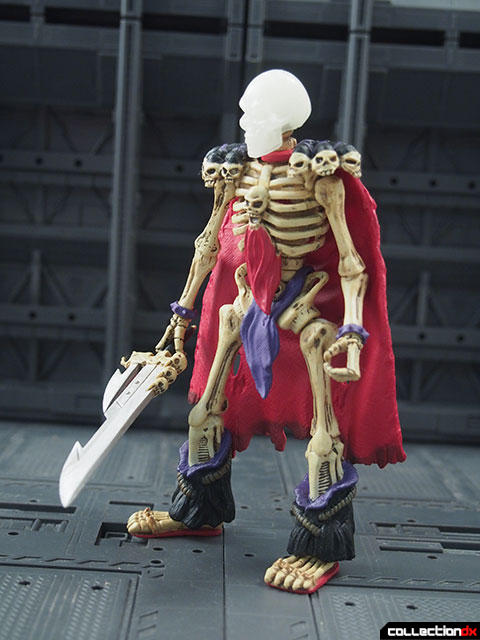 Never scene the show, but you had me at skeleton warriors plus using glyos ports should be a lot of fun