The popularity of figures like SH Figuarts and Figma has resulted in quite a few manufacturers making 1/12 scale accessories of all varieties. Probably best known for their military aircraft models, Hasegawa has joined entered the market with their own line of 1/12 model kits accessories. While a common site in Japan and some parts of Asia, the Capsule Toy (Gashapon or Gachapon) machine is a relatively rare sight in the US, generally reserved for cheap little knickknacks that cost a quarter. This particular Gashapon machine resembles the modular 100/200 yen machines commonly seen throughout Japan 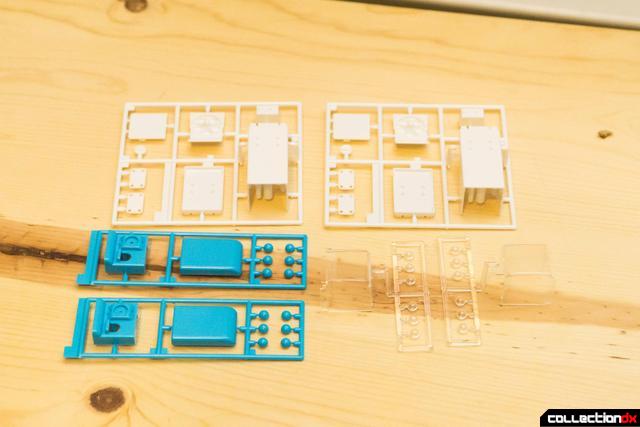 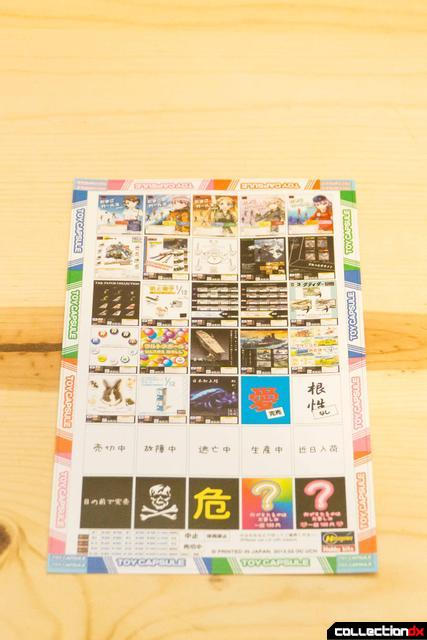 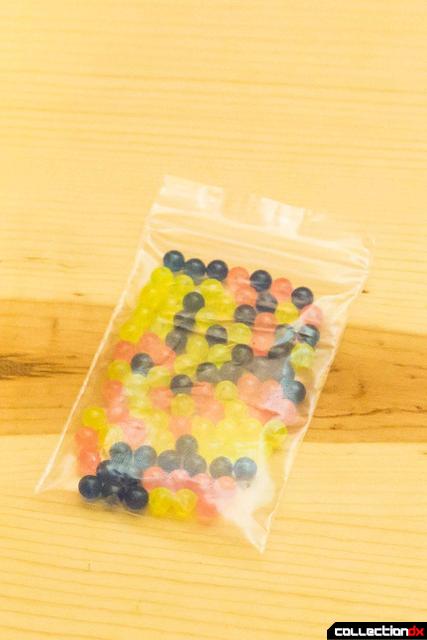 Each set includes four sprues to build two identical Gashapon machines which can be attached side by side or stacked on top of each other. A sheet of inserts are included to customize the machines with official and imaginary toy lines. While the sprues included allow you to build 12 Gashapon capsules, it’s not nearly enough to fill a single machine and a bag of colorful capsules is included to fill out the rest. 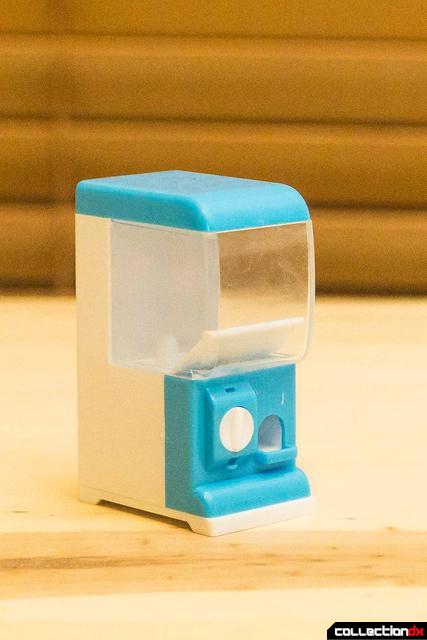 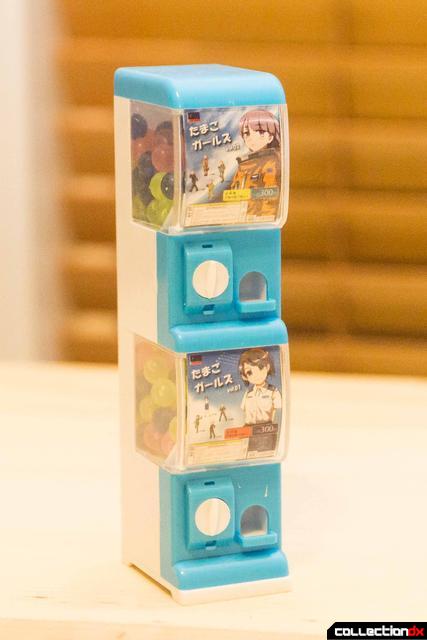 Completed, the machines can be built as single or double stacked. To stack the machines, the base plate of the top machine and cover of the bottom machine must be removed. The clear shell tends to warp a little and it can be difficult to line up the machines perfectly. The knob on the machine can actually be turned, but has no actual function and the capsules can fit into the dispenser. 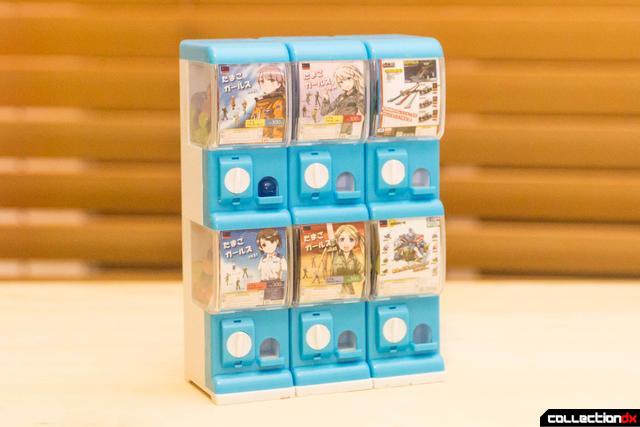 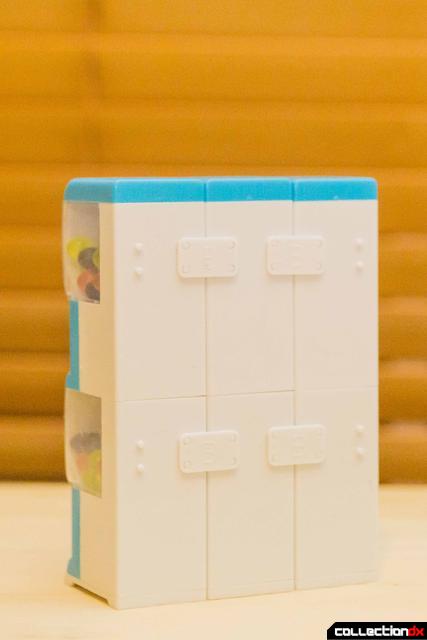 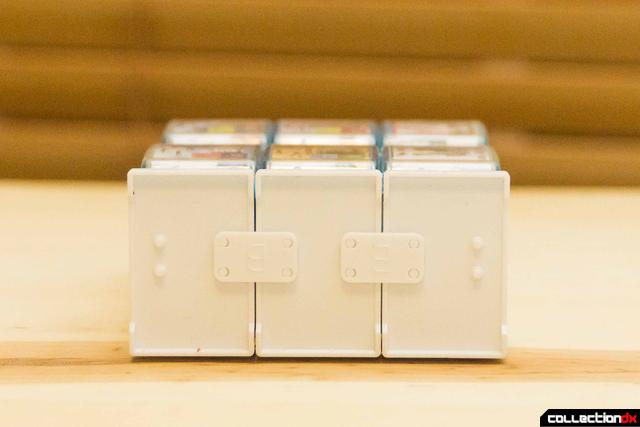 I bought three sets of the Gashapon machines so I could at least have a small wall of them. The underside and back of the machines have pegs to fit the connector parts holding multiple machines together. It’s a decent fit but it doesn’t feel the most secure and I would still hold the machines by the base to be safe. 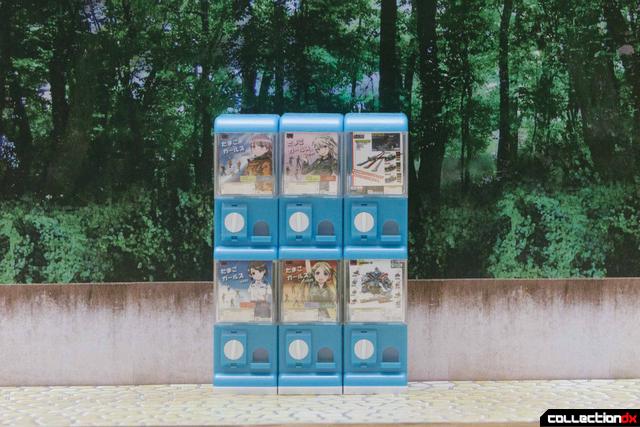 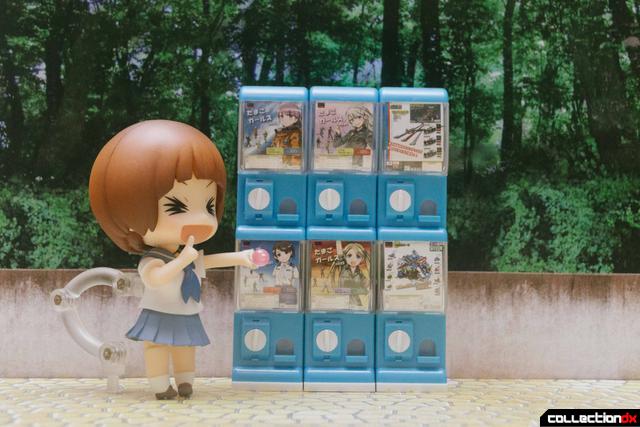 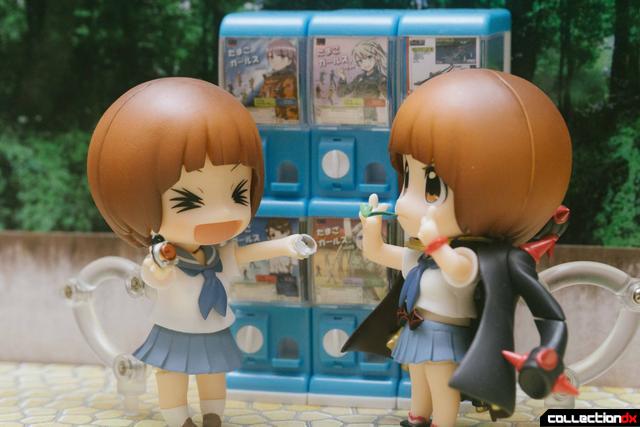 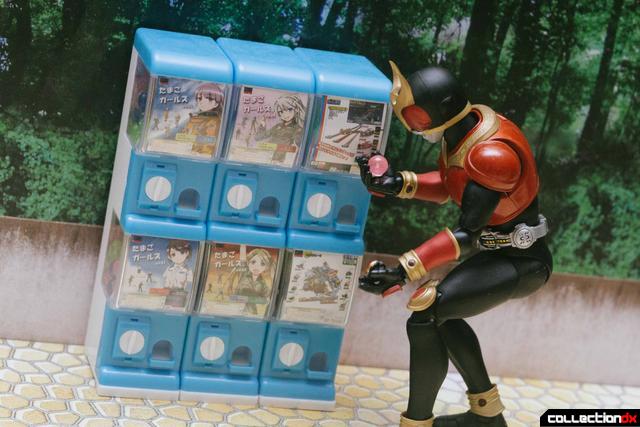 My fascination with 1/12 scale accessories led me to purchase three of these sets on a whim. At 750 yen each from AmiAmi, they are quick little kits to add some variety to my growing 1/12 scale figure collection. It’s nice the kits include two toned capsules, but each kit comes with so few, I had to use all three kits worth to barely fill a single machine. There isn’t a lot of use for these machines, but it’s a cheap way to have some fun taking photos of toys.

Ha! Very cool. I saw the folder in the review gallery....I was curious what this was all about!

Yeah, Hasegawa was the last company I would expect to be doing these, but it seems like they have a pretty solid lineup so far and they seem to be pretty popular.