Aura Battler Dunbine is one of my favorite Yoshiyuki Tomino shows. It’s got all of his defining trademarks: people with silly names (notably Shot Weapon, Bern Bunnings, and Marvel Frozen), random animal cameos, and a large serving of major character death. The robots, referred to as Aura Battlers, include some unconventional designs due to the fantasy setting. Today we’re looking at the Zwarth, a large and dark machine suitable for the main rival's mid-season upgrade. 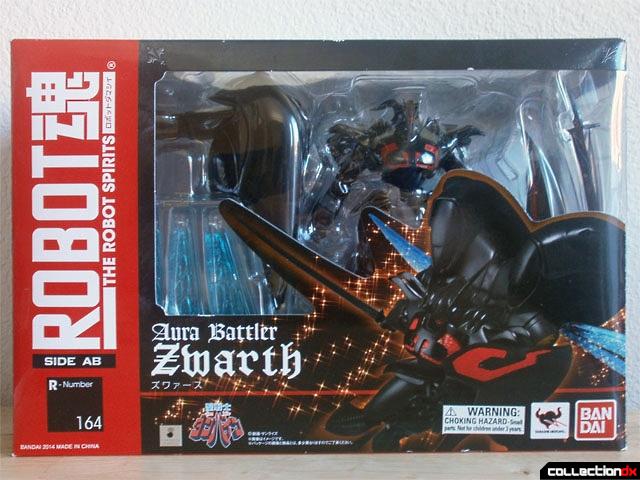 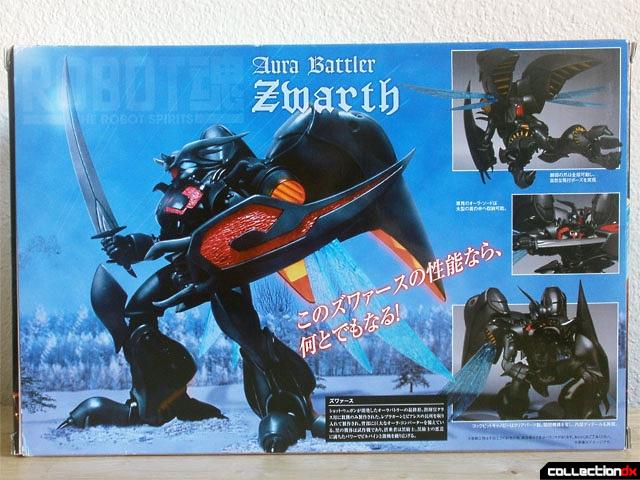 This is much bigger than your average Robot Spirits box, mostly because of the bulk of its thrusters. 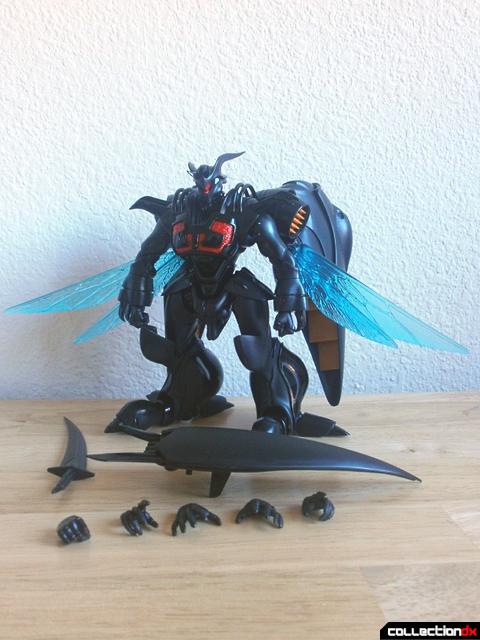 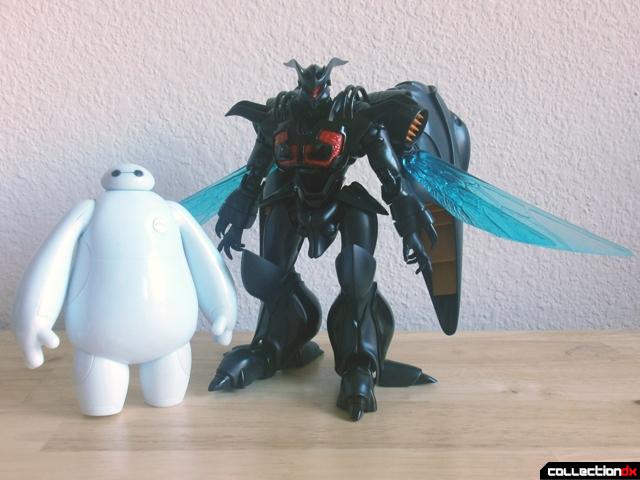 Out of the box, the Zwarth requires some assembly. Just attach its enormous thrusters and plug the four wings into them and you’re good to go. For accessories, you get five hands (one to hold the sword, two sets of splayed hands) as well as the Aura Sword and Shield. 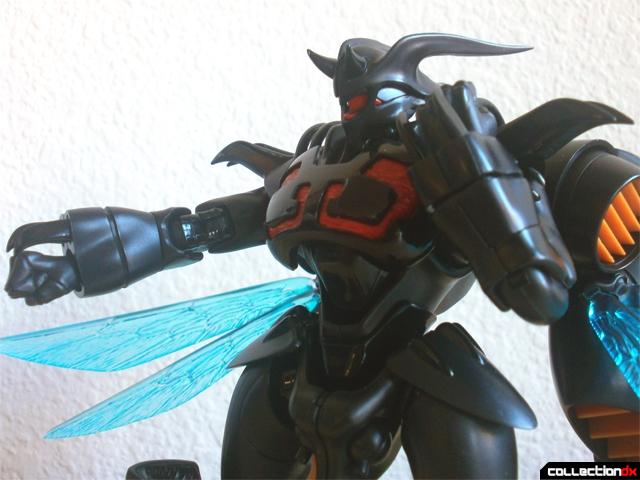 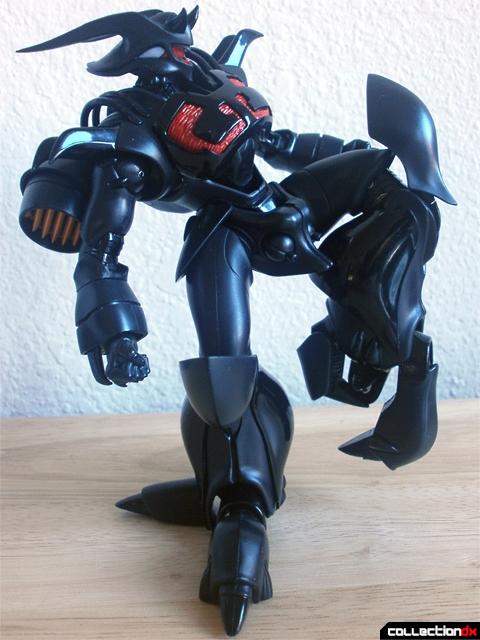 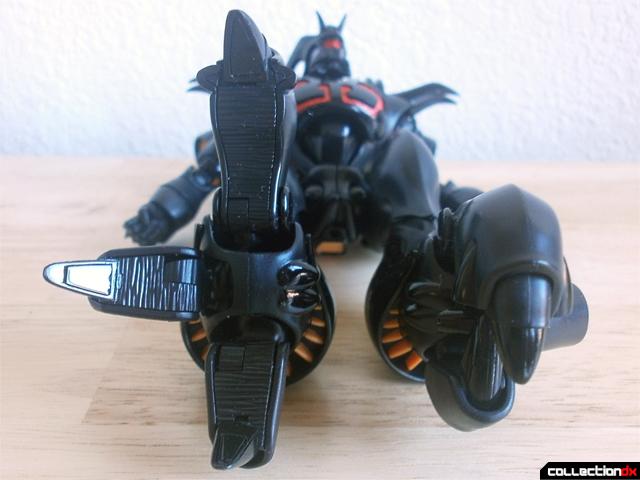 Articulation is definitely above average on the Zwarth. The arms are double-jointed, and there’s a great range of movement in the shoulder. You can turn the arms just below the elbow, which makes posing with the sword and shield much easier. The legs have limitless range of motion, unhindered by the side skirt armor. Even the toes have two points of articulation each. 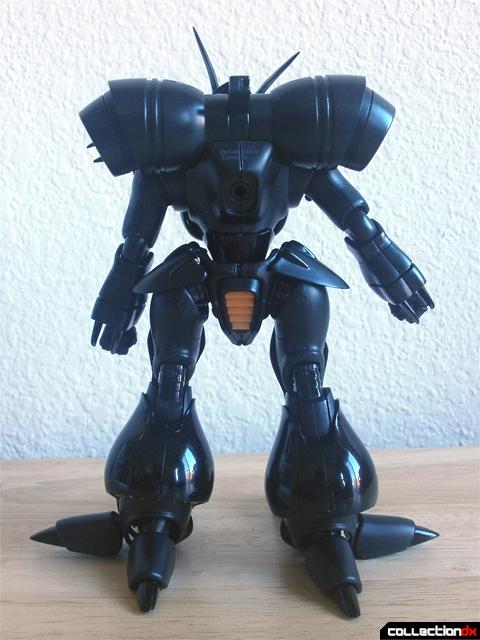 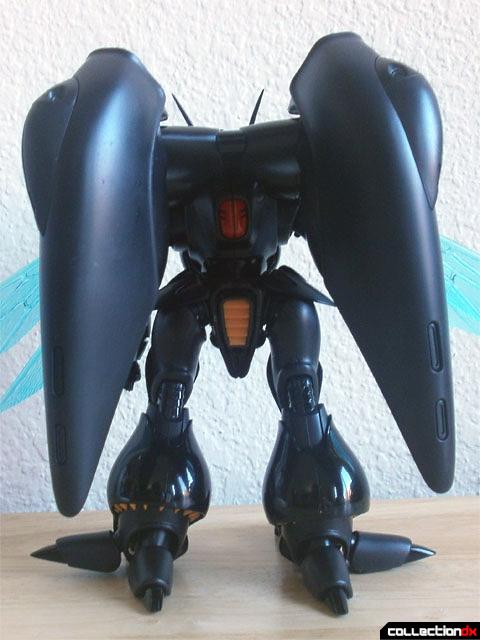 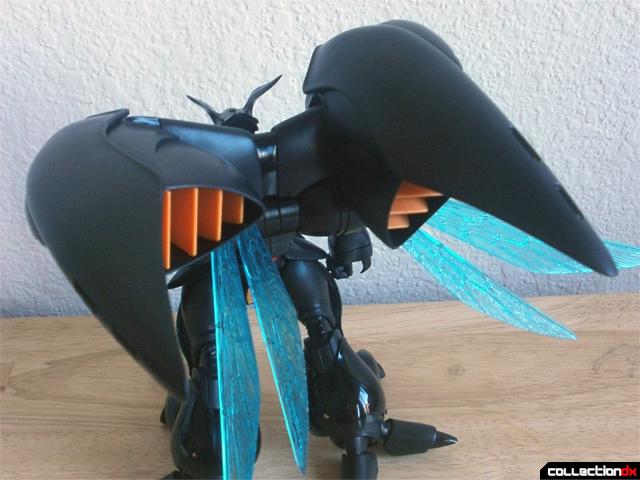 The thrusters attach onto a peg on the back which moves up and down. Unfortunately, due to the sheer weight, they have a difficult time staying up. While it doesn't ruin the figure, a ratchet joint there would have made this whole process easier. Once attached the thrusters have an incredible range of motion, honestly a lot more than they’d ever need. 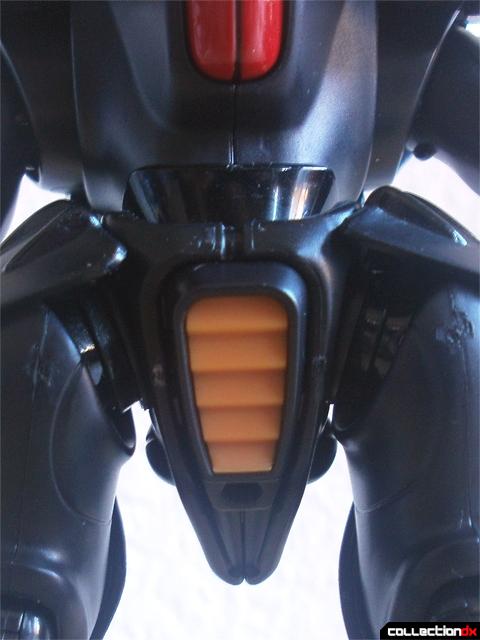 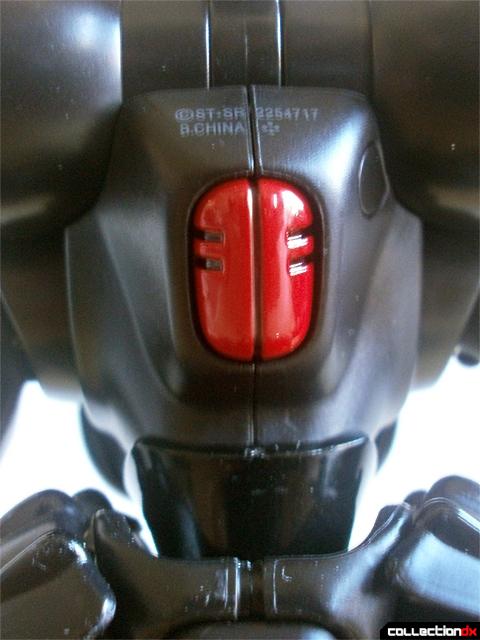 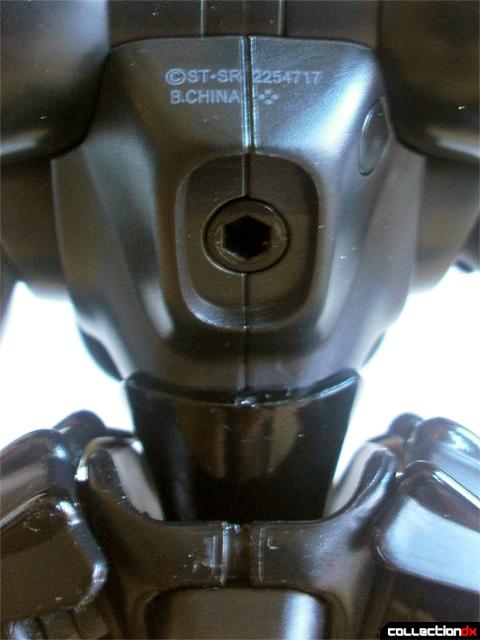 There’s actually not one but two holes for Tamashii stands on the back, one on the crotch and one right in the middle of the back. The latter requires you to remove a piece to get at it. 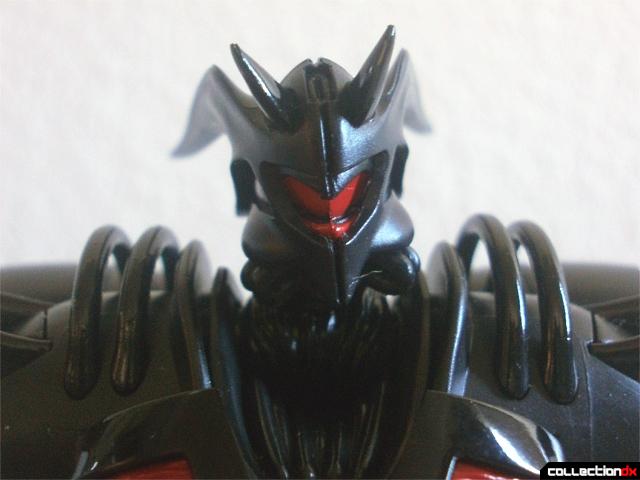 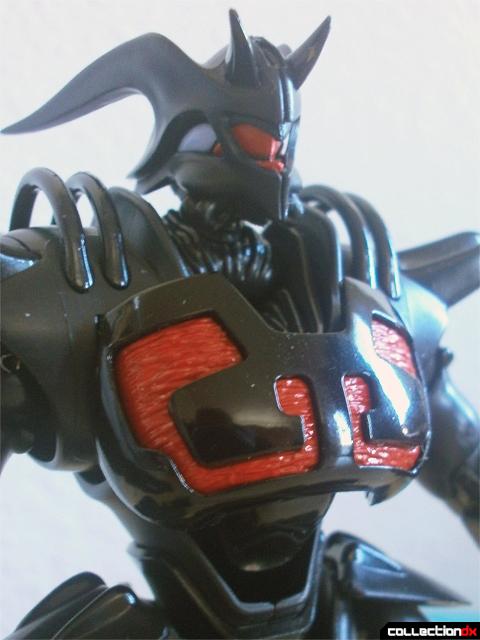 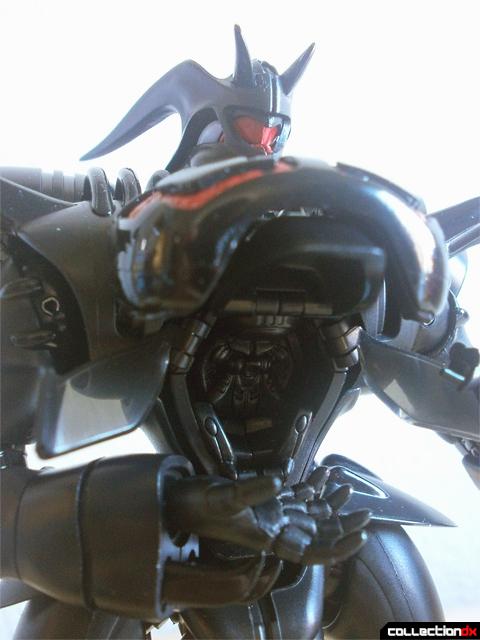 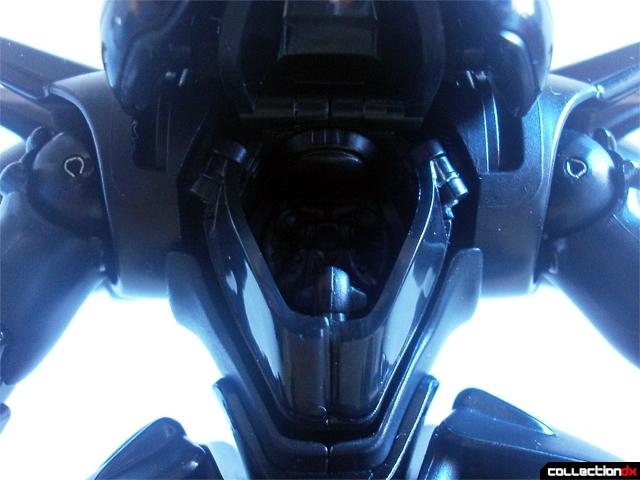 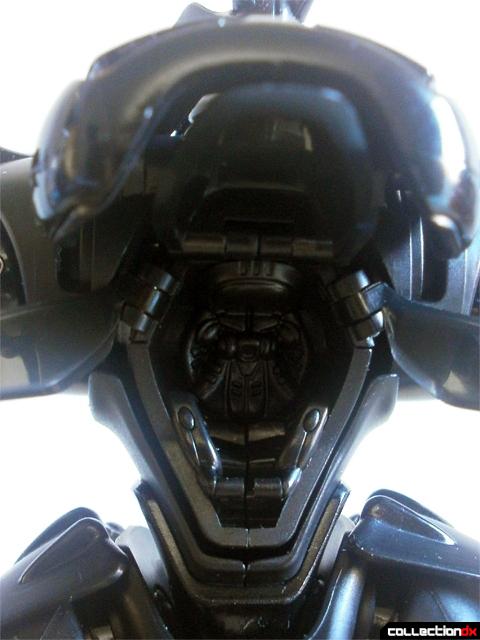 Like the rest of the Dunbine Robot Spirits line, the Zwarth features an opening cockpit. It’s a nice touch but I’m not sure what the point is; there’s no pilot molded into the cockpit nor a figure to put in there. 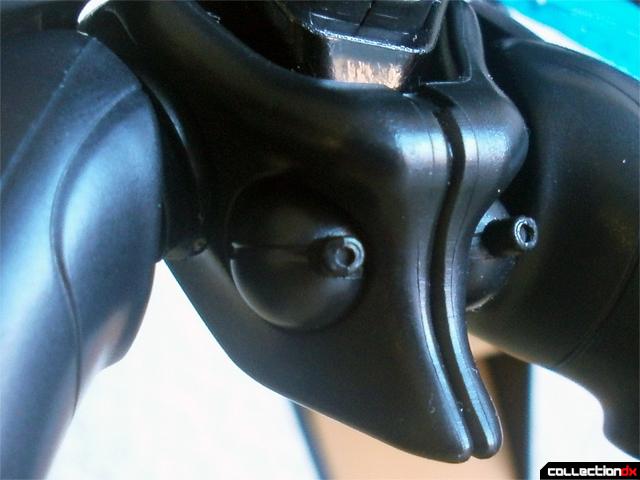 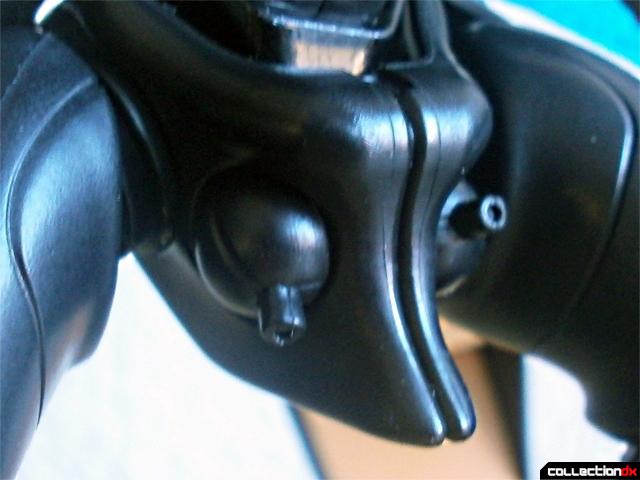 The pelvis aura shot cannons are movable, for all you robots-with-crotch-guns enthusiasts. 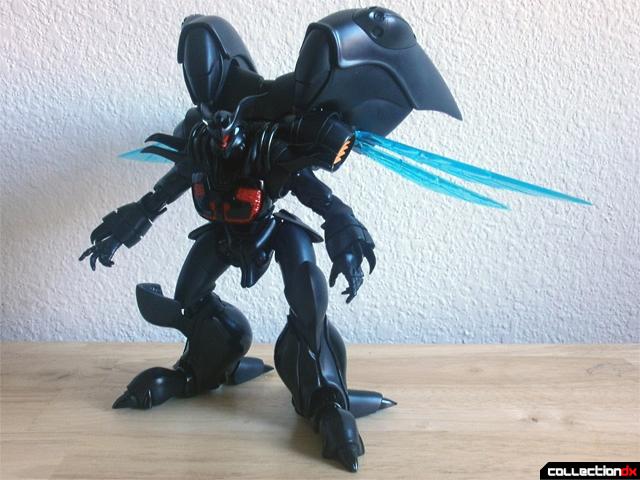 As mentioned before, getting the thrusters to stay up can be a bit of a pain. But it’s totally worth the effort, it makes the Zwarth look even more menacing. 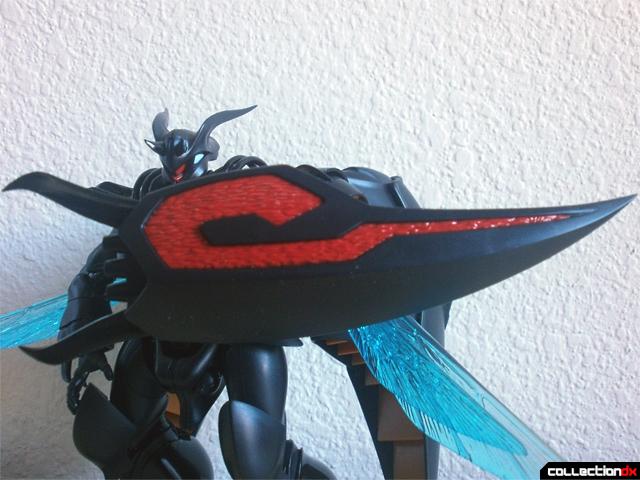 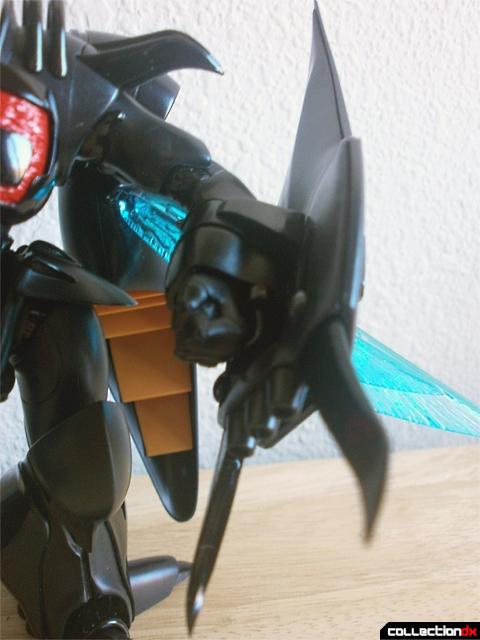 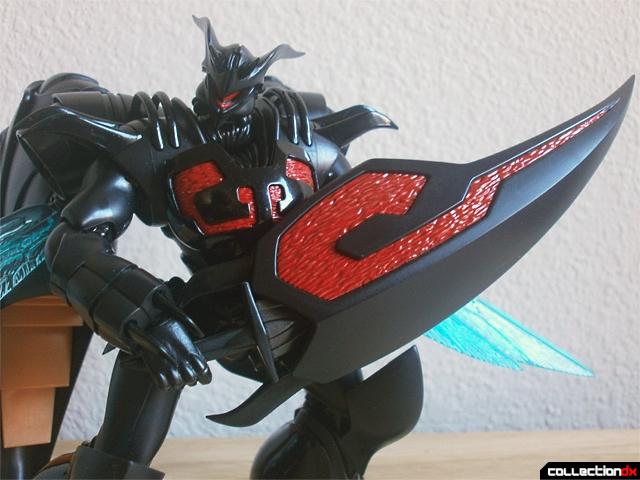 Finally, the weapons. The Aura Shield attaches to the arm by hooking it onto the claws and then clipping it onto the forearm. On the back of the shield are sliding tabs that allow you to retract or extend the pincers. You can also store the Aura Sword inside the shield. 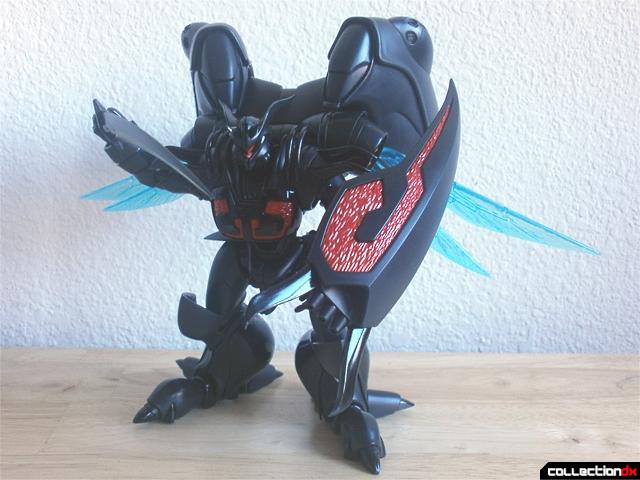 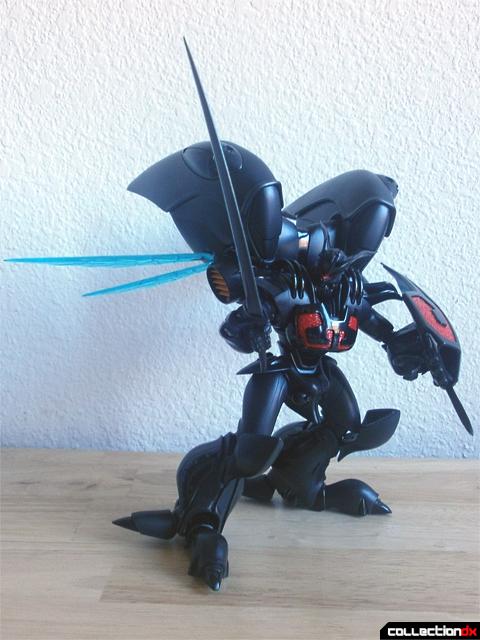 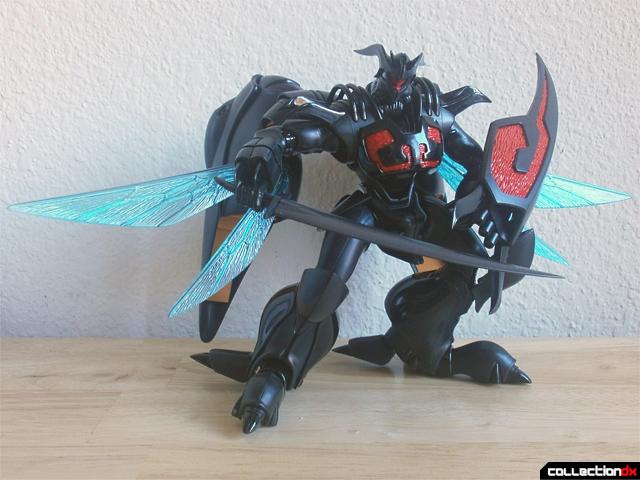 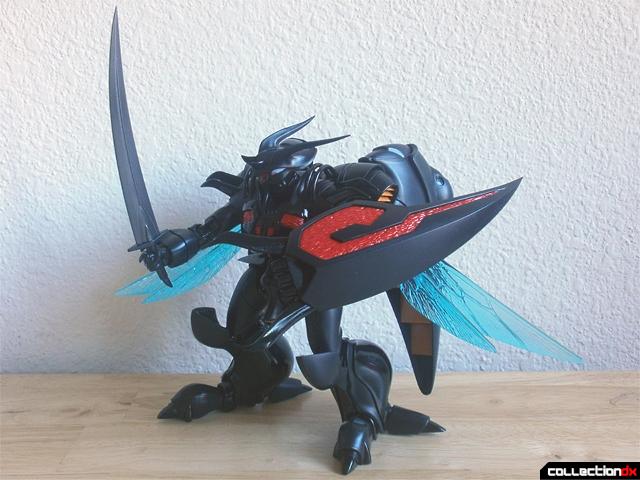 Once fully equipped, the Zwarth looks incredible from any angle in any pose. The Black Knight’s signature machine has never looked so good. I’m very happy with this figure, not just because of its own merits, but because of how much better than the old High Grade kit it is. If you’re a fan of Dunbine or just robots in general, I’d definitely recommend adding the Zwarth to your collection.

I may grab this as a Zextole to fight Figma Guyver (and paint the cockpit to look like a beam cannon).

wow it has guns for balls