While the Z-Knights received only limited release in the U.S., the robotic space knight kits enjoyed some success in Japan in Europe. The designs still hold up, and Kotobukiya has given the line new life, with a series of re-imagined model kits.

I’ve long been a fan of Kotobukiya’s models. With a few exceptions, their products are uniformly excellent, with intricate detail and imaginative sculpts. They also choose fascinating properties.

The inaugural release in the new Z Knights line is the titular Z-Knight himself, the Z-A03 Type-K. The box has a great painted top. 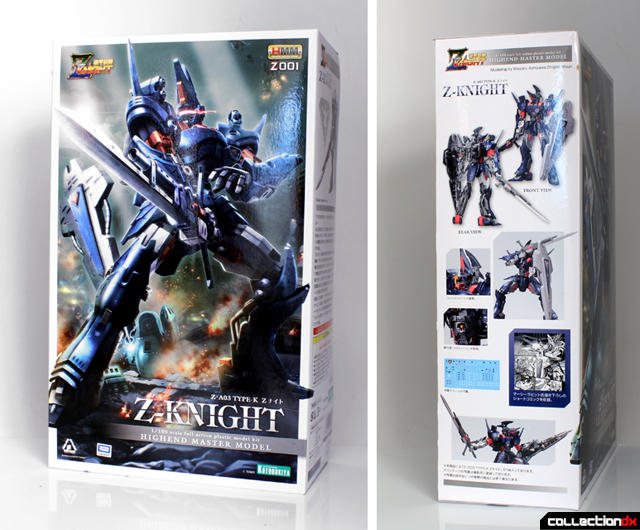 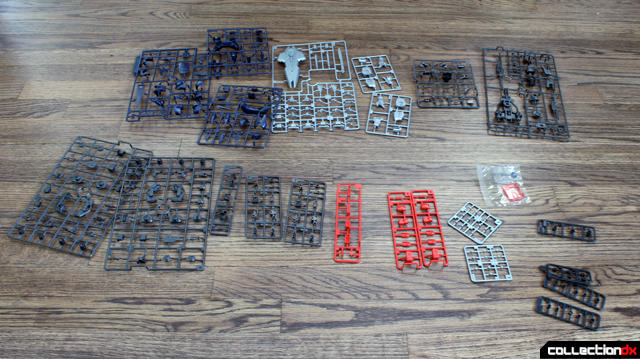 Construction is fun and engaging, without being too complex. I spent about six hours in assembly. Again, if you’ve built a MG kit, there’s nothing too exotic here. There’s a nicely articulated framework for armor pieces. 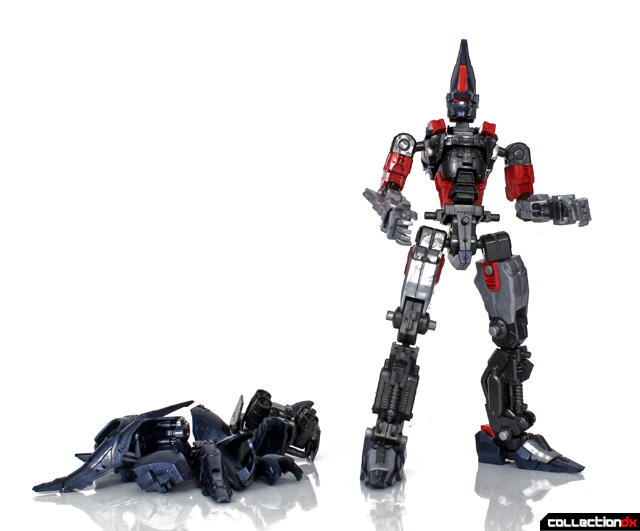 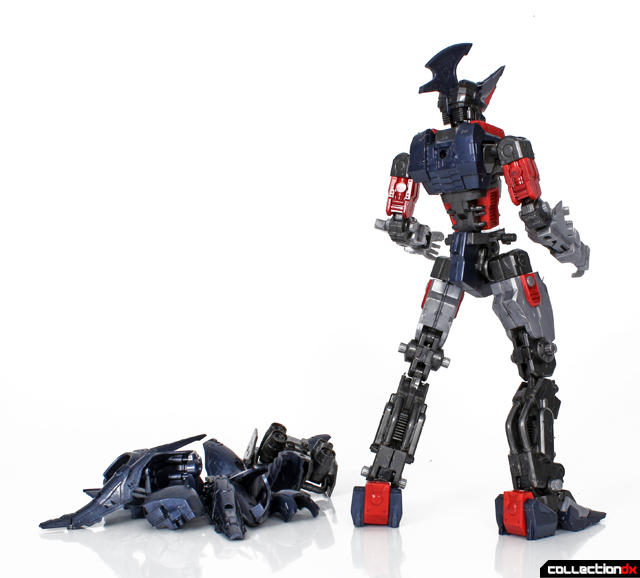 I seriously considered painting this kit, but the molded colors are so beautiful I decided to just leave them. The gray plastic is shiny and opalescent, the purplish armor is rich and deep, with a subtle sparkle. I did hit the whole piece with a pre-made black wash to pull out some details. I’m pleased with the results, but the sculpt would benefit from a few isolated paint applications, for instance at some missile and weapon parts intended to be painted red, and at the power core at his chest.

Fully assembled, the Z Knight cuts quite a figure. While the original character was bulky and ponderous, this version is lithe and sinuous. He looks good just standing still. The proportions are impeccable. He looks like a boxer, all coiled potential. 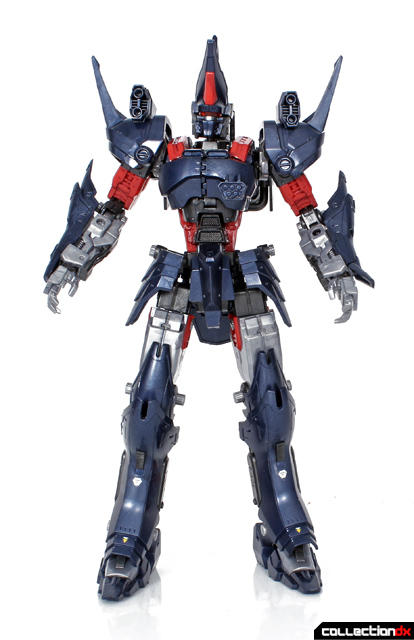 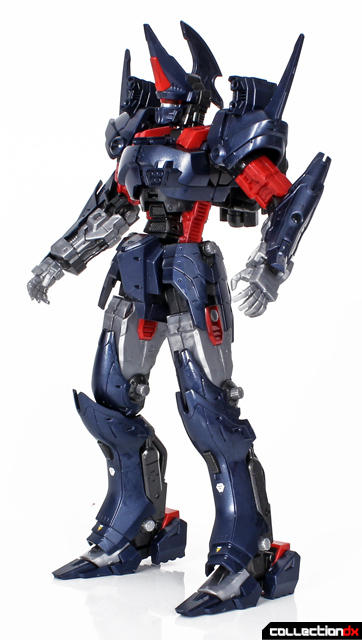 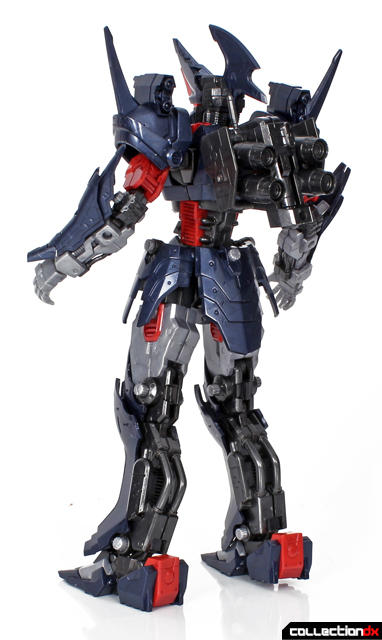 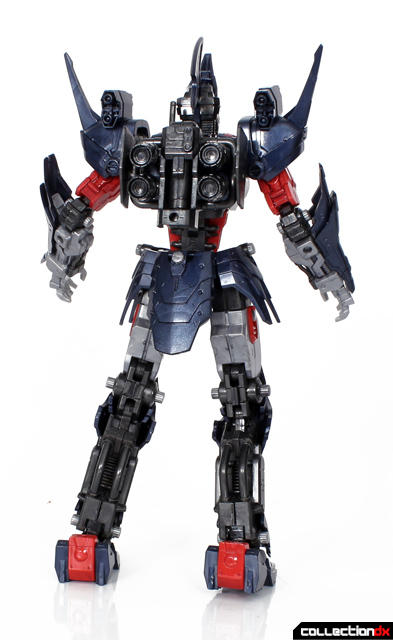 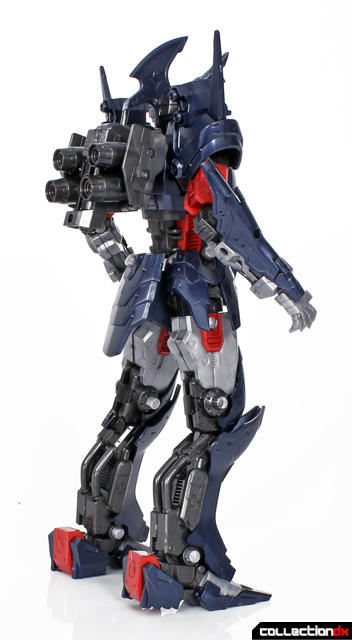 There are all kinds of thoughtful details, with sculpted mechanical parts even under armor pieces. It’s a feast for the eyes. 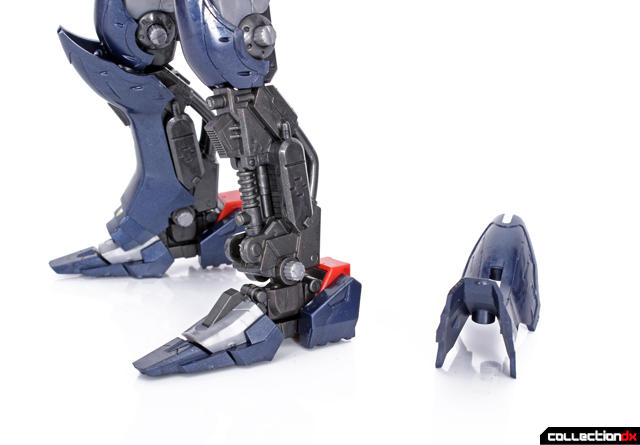 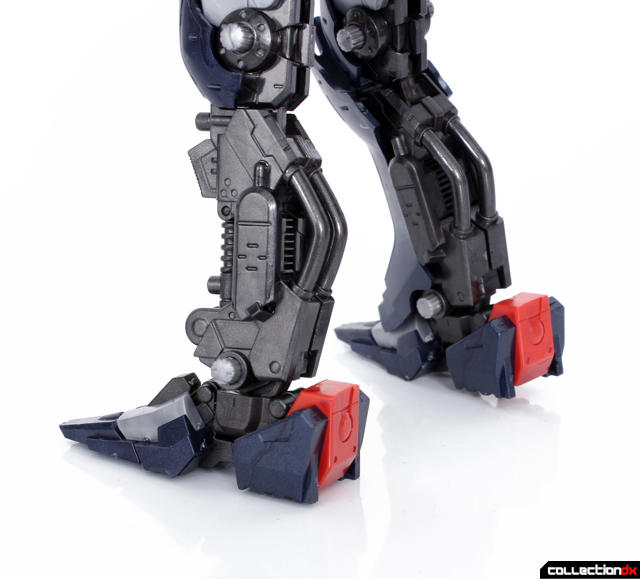 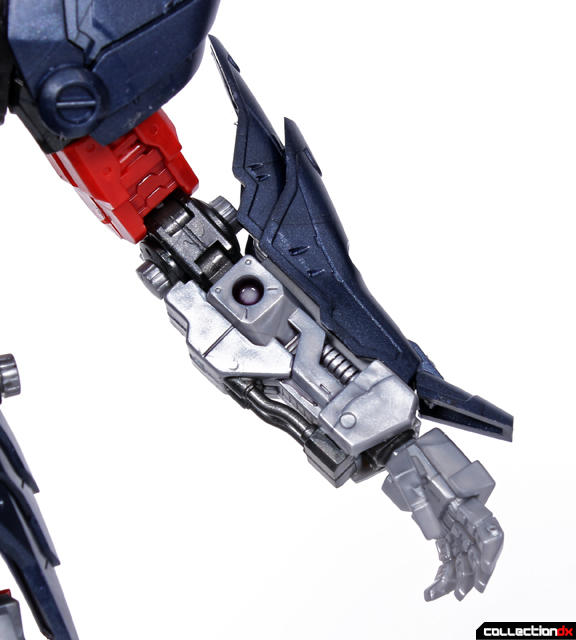 The face shield pulls out and rotates up to expose the cockpit. Without painting, it’s a little indistinct. 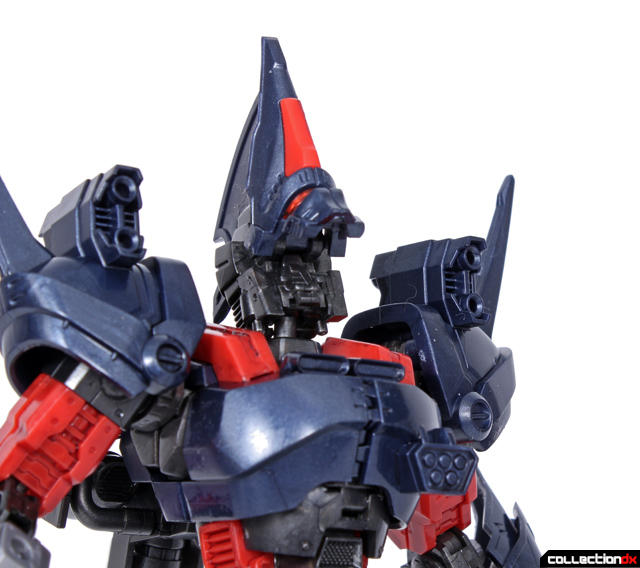 The chest armor rotates upward to exposed the chest mechanicals and, behind a door, a (I’m assuming) power core. 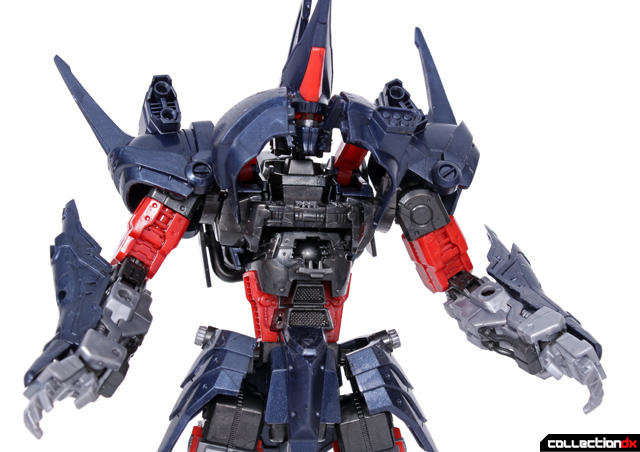 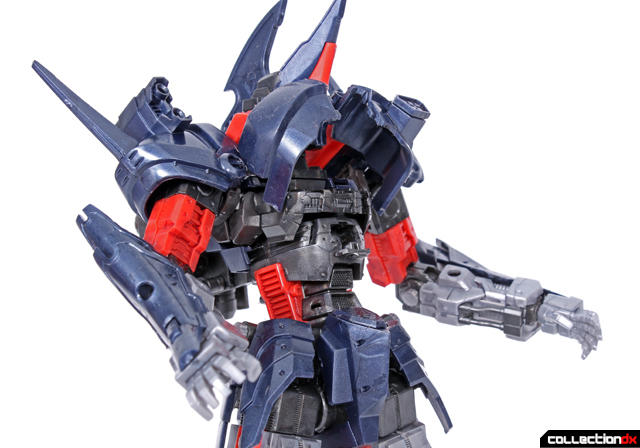 Articulation is consistent with high end model kits. Everything you want is there, including a few additional chest joints than I’m used to. 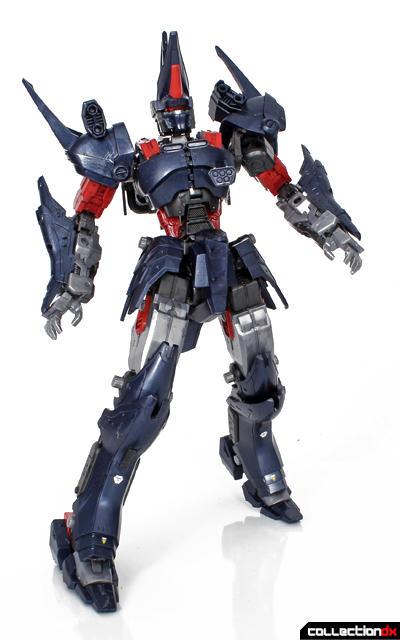 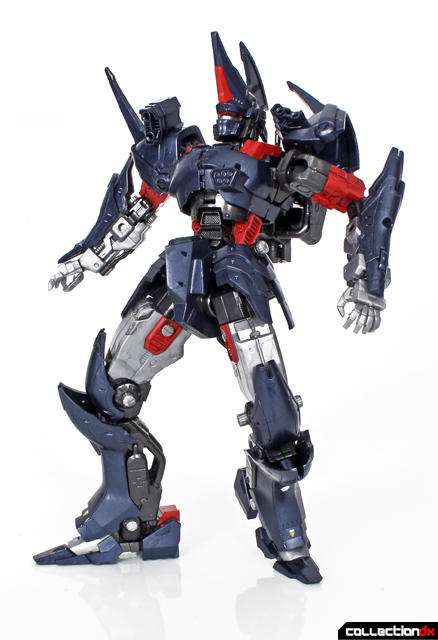 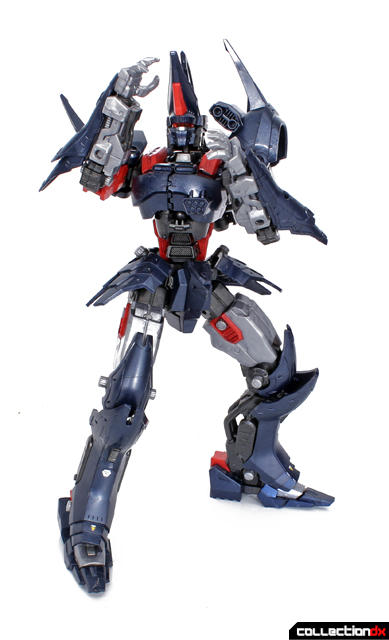 The knees bend deeply, the toes bend. Note the references to the old-skool joint caps at the leg joints. 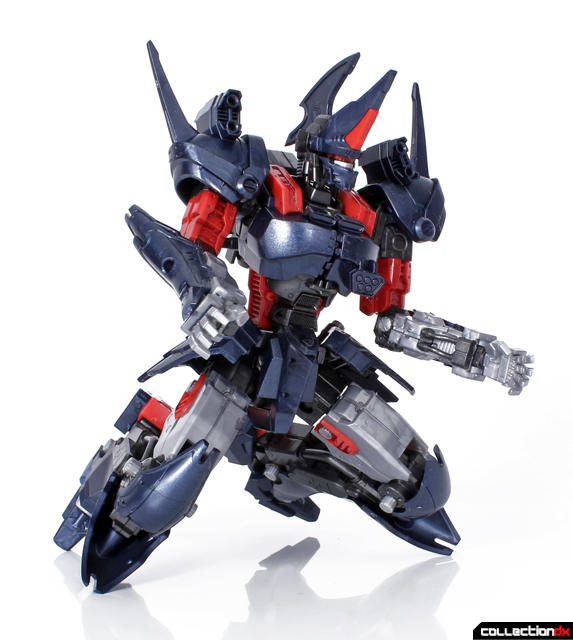 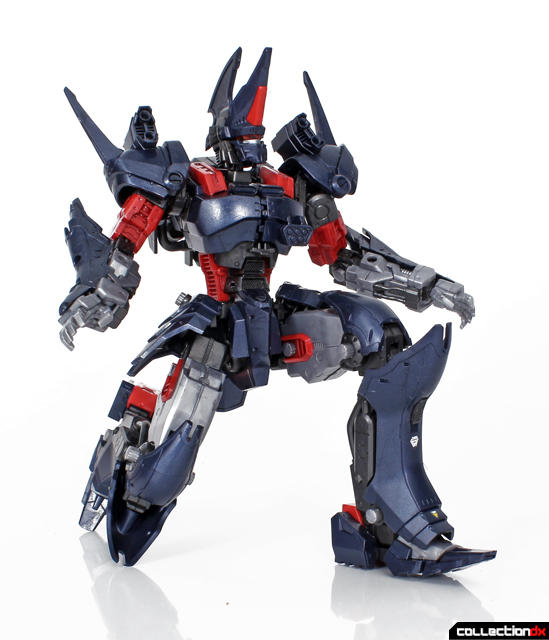 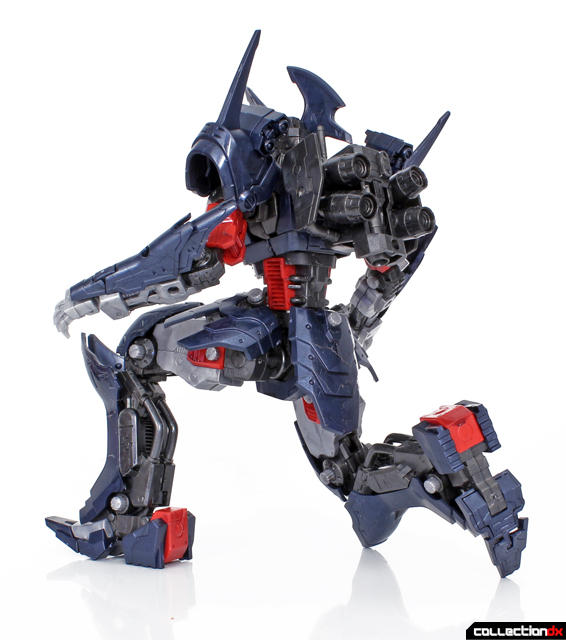 The kit includes parts for a gun/sword and a shield, as well as a handful of hands. 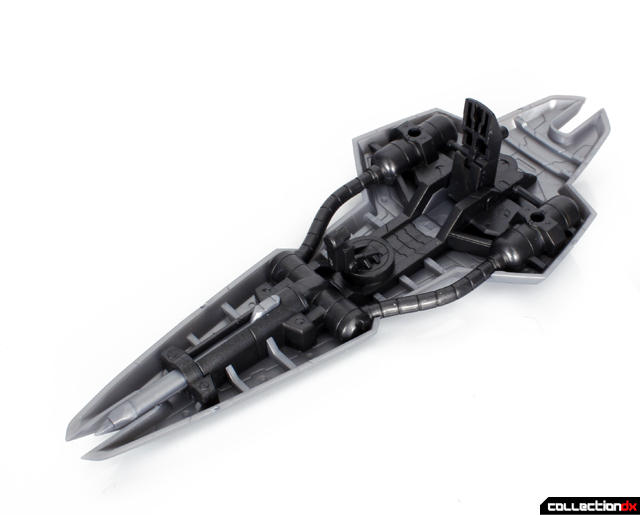 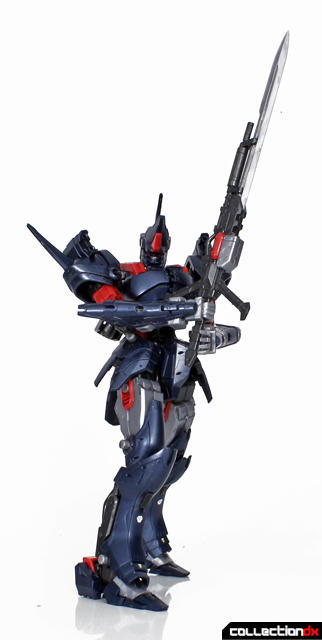 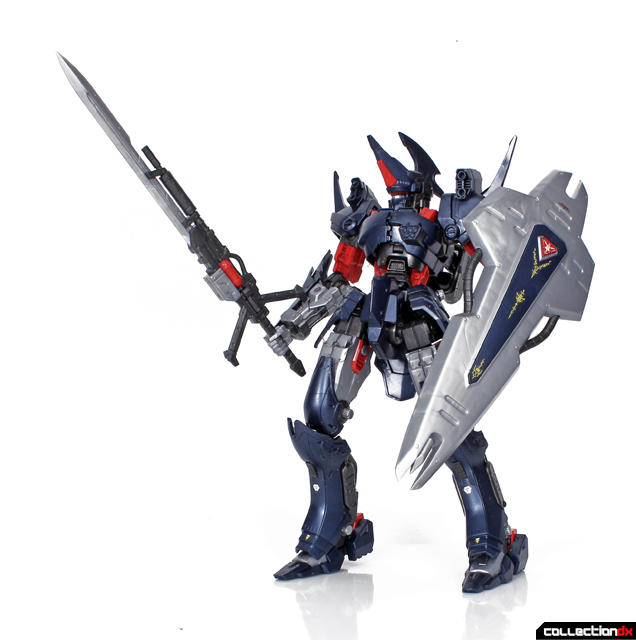 The shield features a notch into which the gun can rest, but I couldn’t make this feature work at all. The shield fell apart, the hands fell apart. Note to model designers: please for the love of god quit making single-purpose hands! If the hand to hold the gun version has to be super-glued around the handle, I’m going to never use these features at all. Plenty of kits have solved this problem. Just make a nice, fully-articulated hand with a plug in the palm. Problem solved. 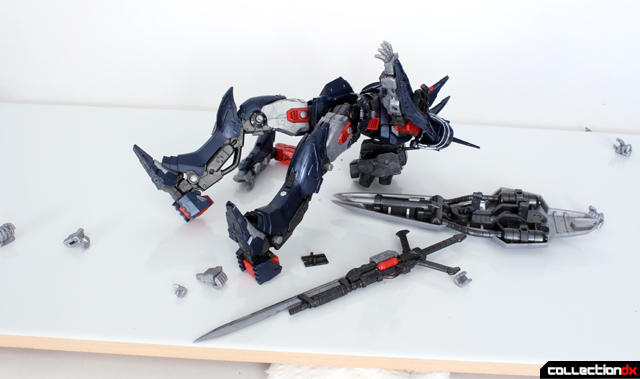 I digress, the frustrating accessory connections do not significantly marr an otherwise stellar pieces. Highly recommended and I can’t wait for future releases. 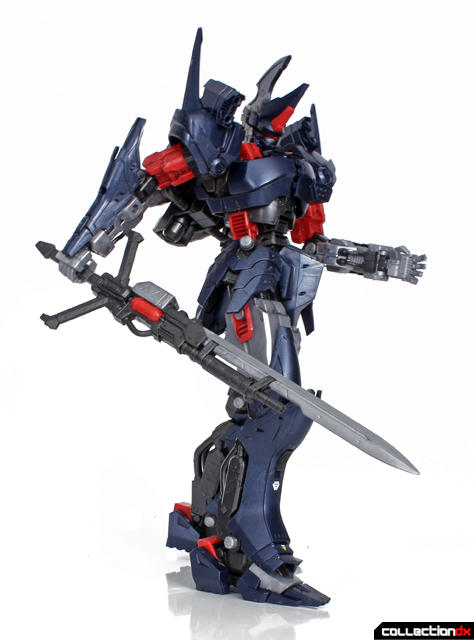 The articulation honestly doesn't look very good, aside from the ability to kneel. Can the elbows bend more than 45 degrees? Can the arms raise up to the sides more than a little bit? And can the feet rest flat on the ground when the legs are apart? It doesn't look like it.

Gorgeous photos as always, and the article was written very well in my opinion. Always a treat to vicariously observe the oddities that make their way into your collection, Enthusiast. With that said though, you need a little work on your figure posing skills ;)

Yeah, that's fair. Those poses kinda suck. Recognizer, it does do all those things I'm just not showing it doing that. The feedback is appreciated (and artfully done, astronopolis!)

I love the fake Zoid caps molded into the joints. I owned the original white one (with swords) ages ago, so I might end up getting the redone version.

The metallic injection plastic is very sharp. I've always been curious about this kit, never knew Zoids came in humanoid.