One topic I haven't touched on very much is that every wave of Assault Kingdom shares a few colors of plastic, such as when the Char's Zaku pink was used for the Unicorn Gundam's psychoframe color. So what else is green and kind of matches with the Jegan? Well, the Zaku of course! 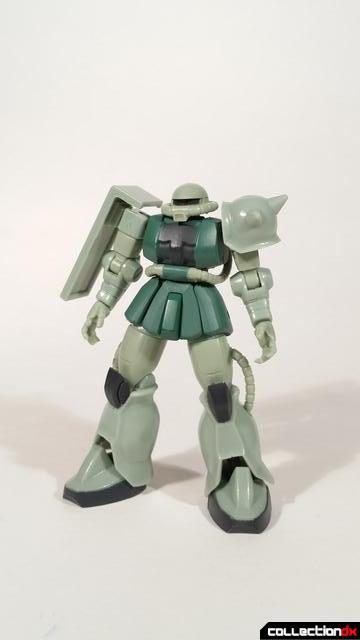 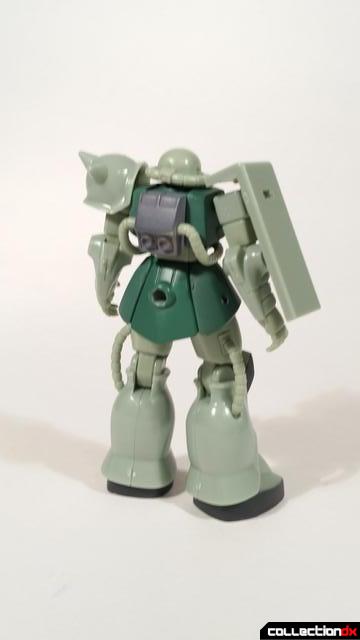 Now this was actually the third Zaku to be released in Assault Kingdom so I had very low expectations. Previously the legs were really limited and a disappointment. So imagine my surprise when I open this figure and discover not only swing out ankles, but the pull down joint as well! 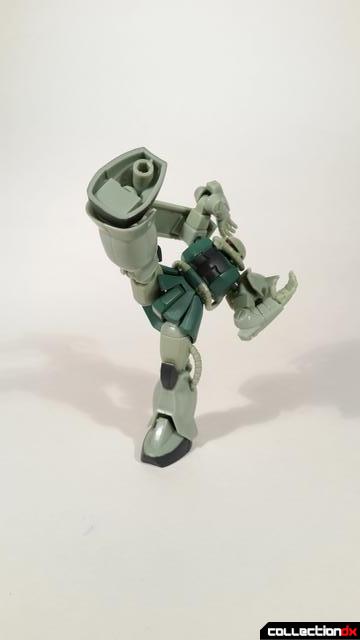 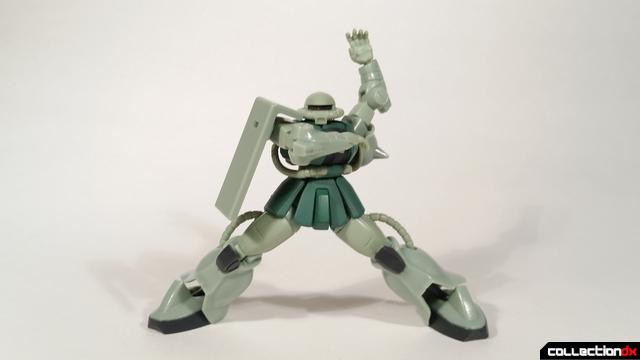 This allows the Zaku to be the sassiest of bots. 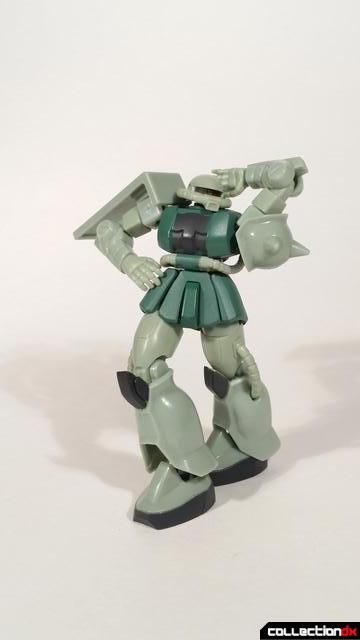 This Zaku in particular is really designed to be army built. Not only do you get a regular Zaku head, you get another head that also includes a commander fin as well. 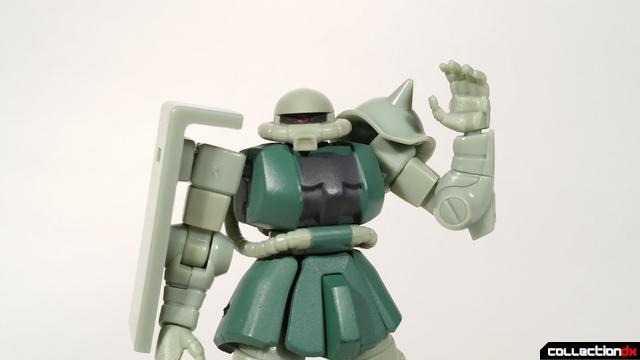 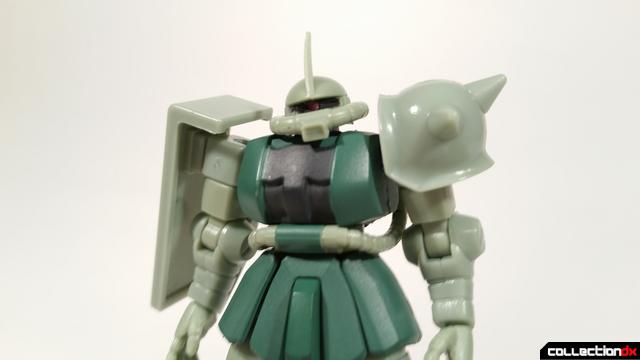 The Zaku is loaded with weapons. First off the Zaku includes the standard machine gun. 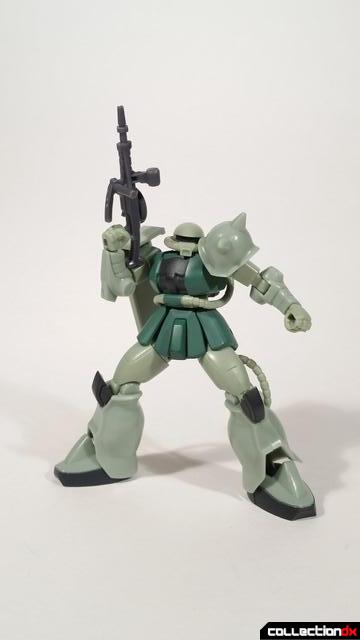 As a melee weapon, a heat tomahawk is handy too. 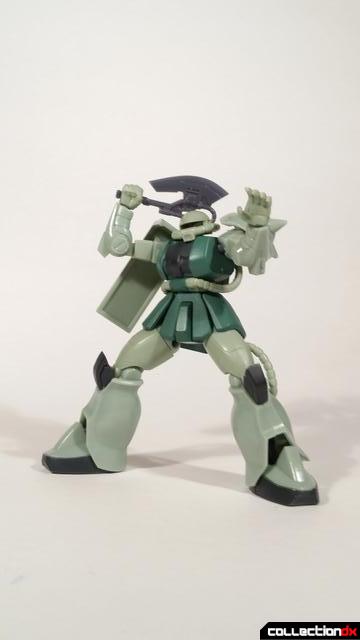 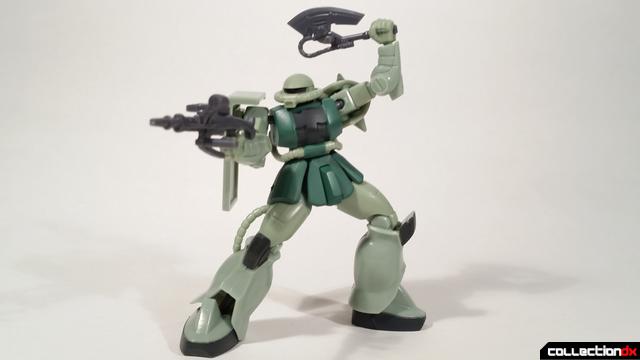 Both weapons can attach to the skirt armor for storage as well. 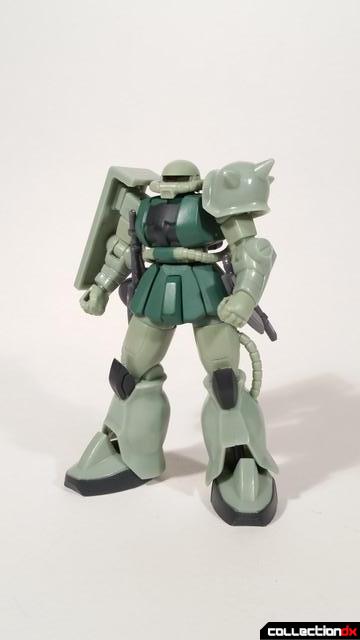 On top of that, the Zaku also comes with a Magella top cannon. 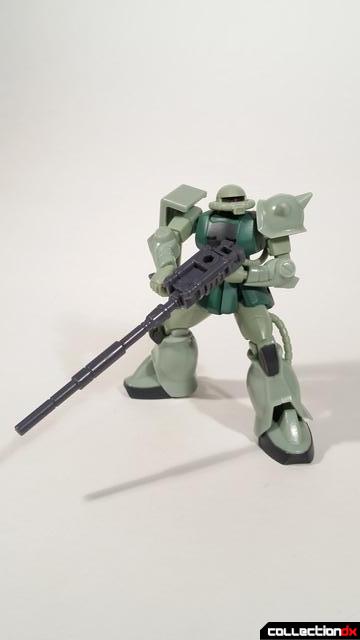 The tilted hand makes it easier to two hand the cannon as well. 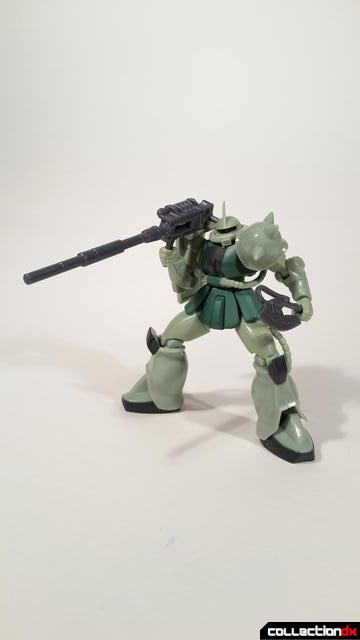 As much as I like the Jegan, the Zaku is the more logical choice for a figure to buy multiples of. I regret only having one in retrospect. Hopefully though, this will be a figure featured in future waves as well. You can never have enough Zakus after all. 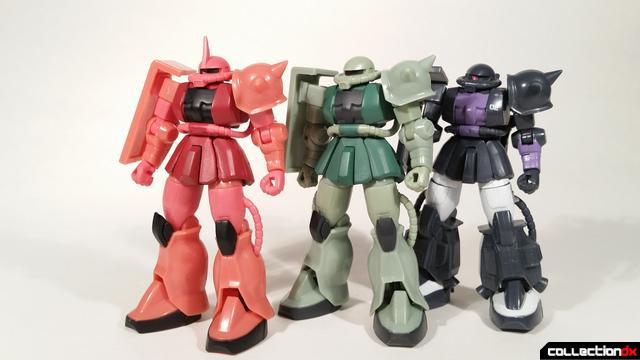 1 comment posted
I only managed to get one as

I only managed to get one as well, and I need more! Perfect little Zakus.