The Unicorn Gundam Banshee is a really neat version of the Unicorn. It was a cool contrast to the stark white of the original, and its additional weapons did a lot to make it stand out. Then the Norn version came out and made everything boring. Damn shame, really. But that's the subject to today's review! Now the regular Banshee Norn was actually previously released in Gundam Ace as a free giveaway with the magazine. So this makes a nice piece to go along with that. 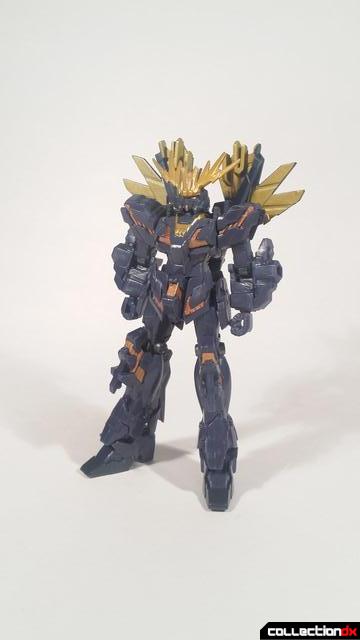 The Banshee Norn shares the same body as the Unicorn Gundam Destroy Mode, so a lot of the qualities of the figure carry right over. 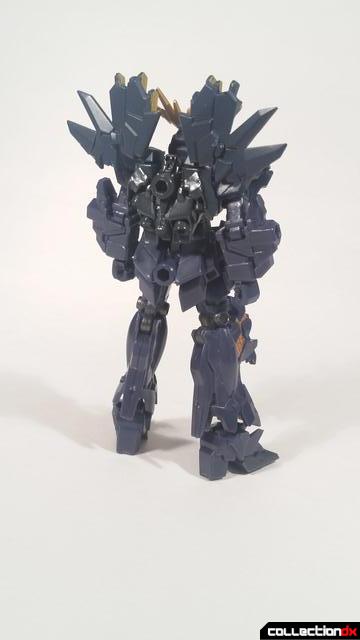 Most of the new bits on the figure come from the waist up in the form of a new head and back pack. I have to admit that the head looks a lot sharper than the original. 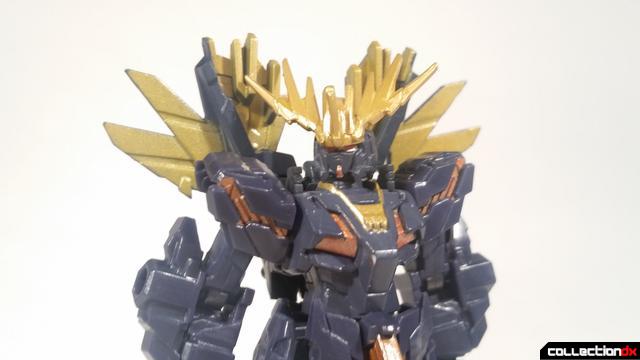 The articulation has the same problem as the original Unicorn. Good, but with legs that are way too long and lanky to be really useful for posing. 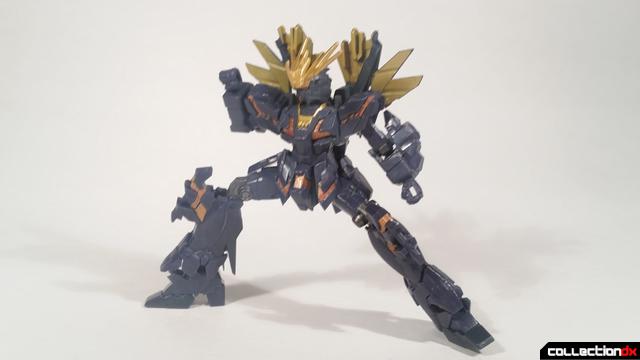 Some new neat articulation though is on its back. The joints are really tight so I didn't know that they moved for quite a few months. But the back psychoframe pieces are ball jointed! This goes a long way to making this figure stand out on its own.

The Banshee Norn gets some new weapons as well. Its beam magnum rifle with the jitte is included along with its way funkier shield. 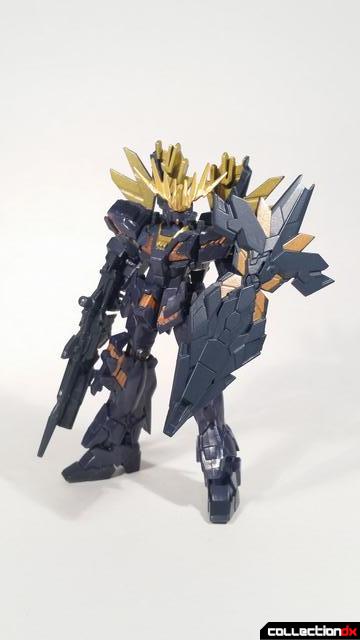 With all of these subtle changes, the Banshee Norn does just enough to stand on its own as a release. 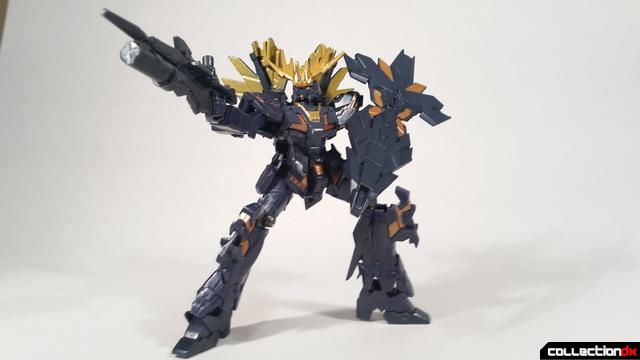 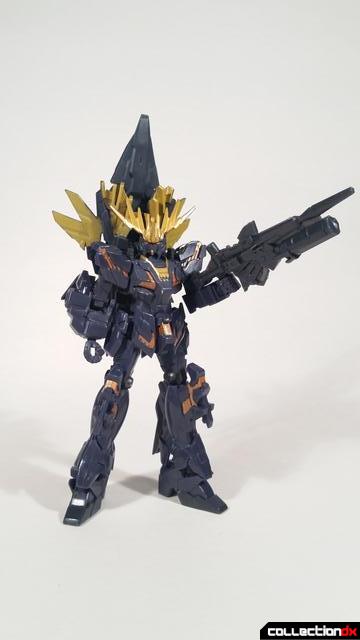 As you can see here, both Unicorn Gundams share the same body, but the extra parts and crisper head sculpt make the Banshee Norn the superior figure. 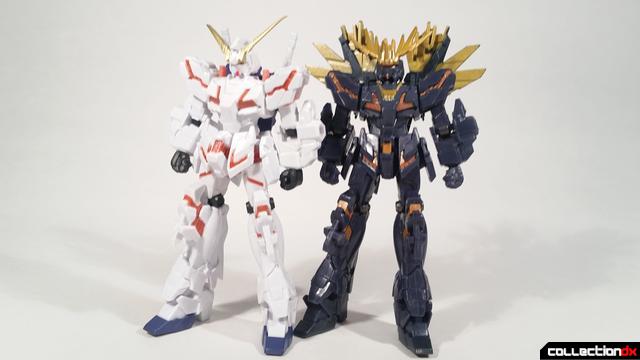 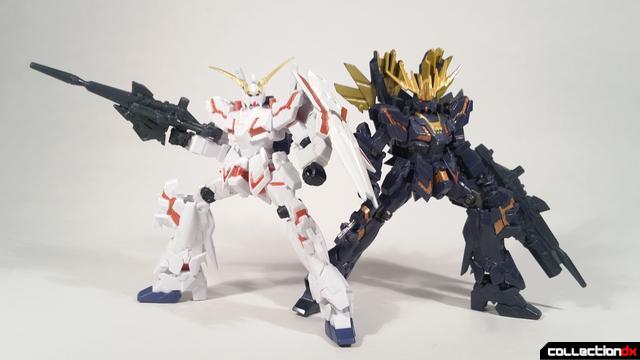 This wave of Assault Kingdom is filled with a few remolds of previous figures, and the Banshee Norn was the figure I was least excited about. However after getting it in hand and discovering that the backpack was jointed, I was quite pleased to see the improvements that go a long way to make this figure much more memorable. 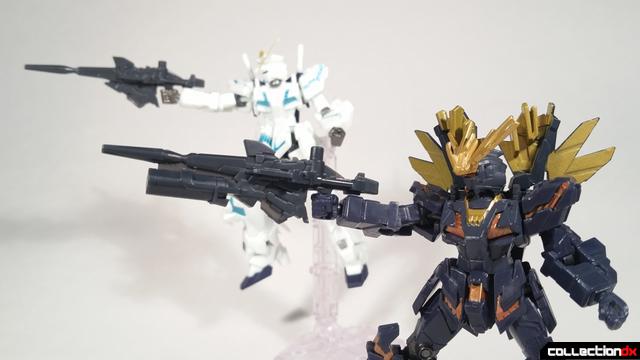 Wait, this was an exclusive too?

Bandai's had too much fun making the lion hard to get. Between the upcoming Perfect Grade or choosing between the Normal/Destroy mode High Grades, I decided to break my wallet for the exclusive Master Grade.

The Destroy Mode isn't exclusive, but the regular version of the Banshee was.