Jojo’s Bizarre Adventure is one of Japan’s longest-running and most popular manga that truly lives up to its name. Most of the series involves battles between people with “Stands”, powerful spiritual extensions of the self that have incredible but often very strange powers. Medicos recently began making figures of characters from the sixth arc “Stone Ocean”, starting with Stone Free. Named after a Jimi Hendrix song, she is the Stand of Joylne Kujo. Fans have been waiting for Super Action Statues from this arc for some time, and the wait was well worth it. 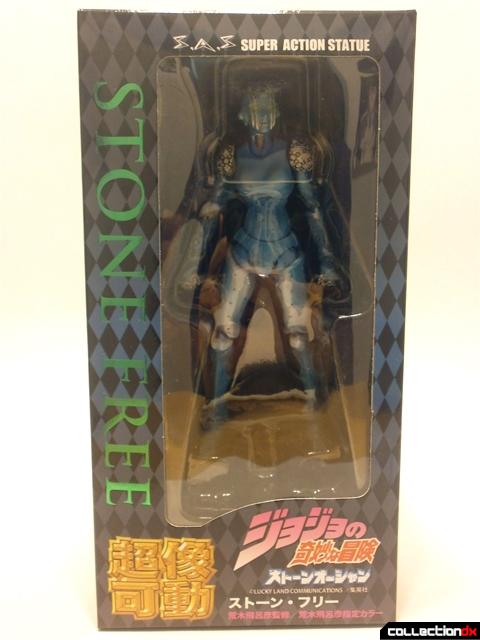 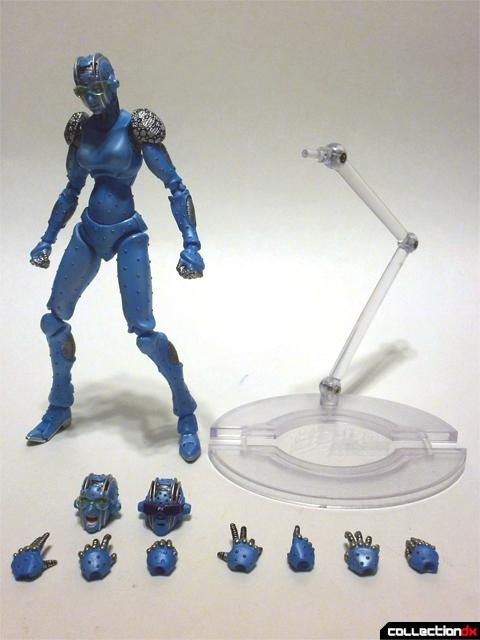 Super Action Statues boxes are much like Figma or Figuart boxes with the window view at the plastic trays, just a lot taller and thinner. This line of figures does not tend to have many large accessories, but does include alternate heads and plenty of hands. SASs also all include display stands very similar to Tamashii Stage Act 4s (in fact, they even have the same sized pegs). 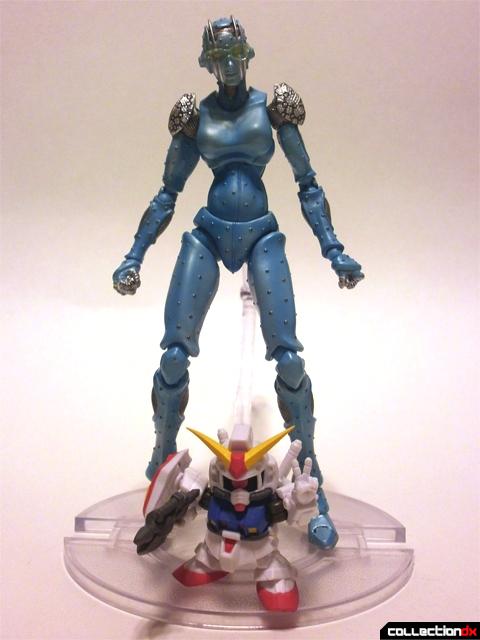 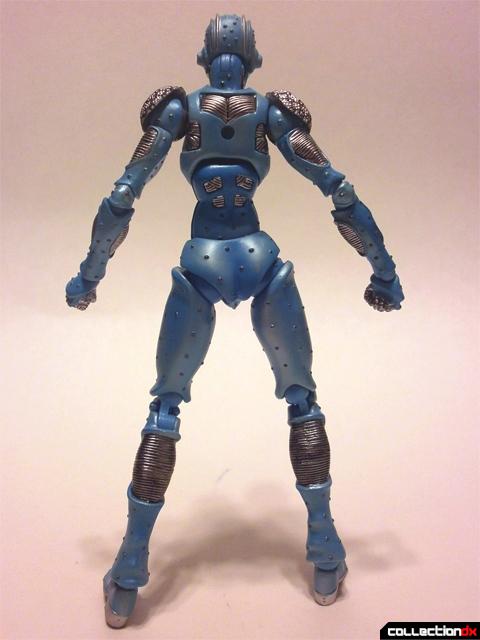 Stone Free isn’t the tallest Super Action Statue but still comes in at an impressive (height). This is hardly the first one of these I’ve handled but I was still very impressed as soon as I got it out of the box by how detailed it is. 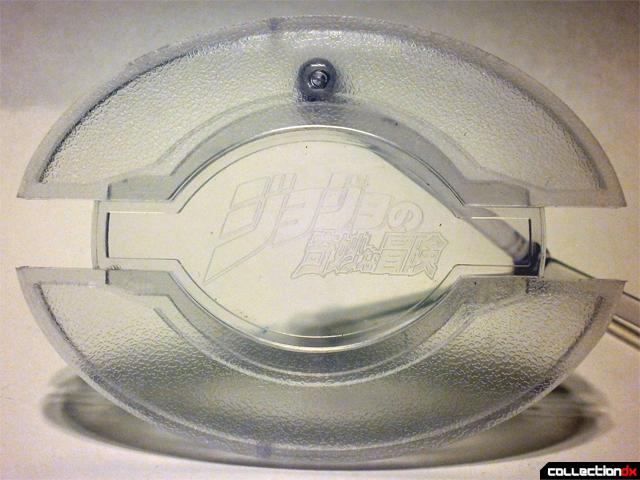 The clear base has the series logo etched into it. 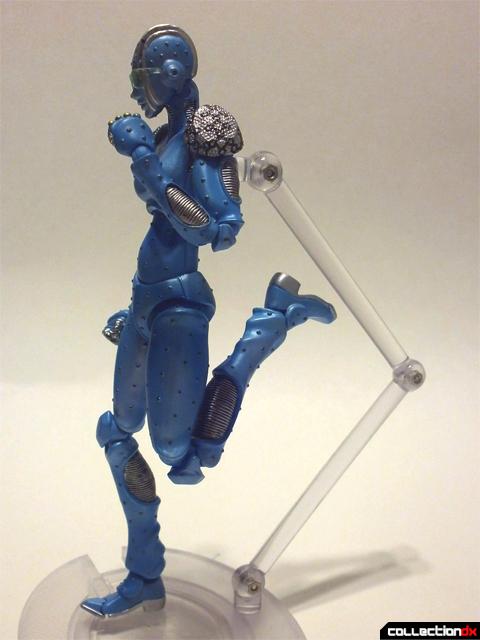 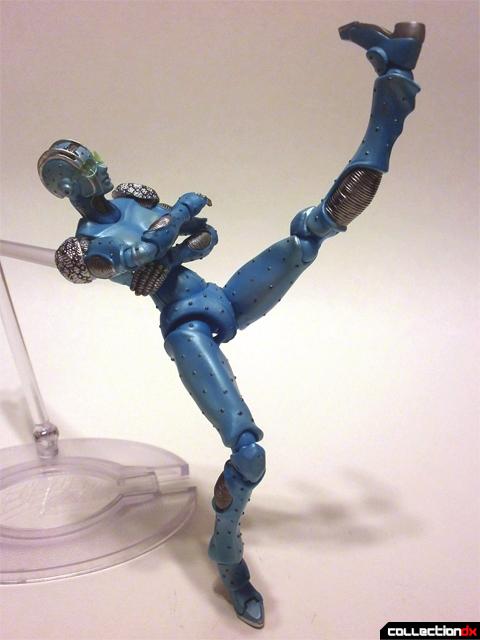 There’s no armor or anything else to impede Stone Free’s movement, so her range of motion is excellent even compared to your average Figuart. 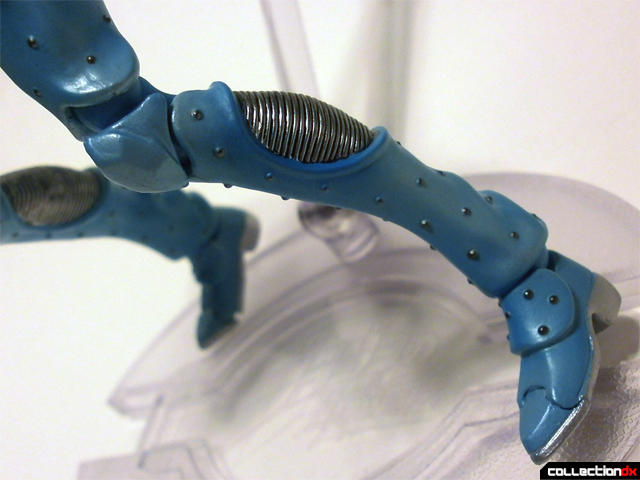 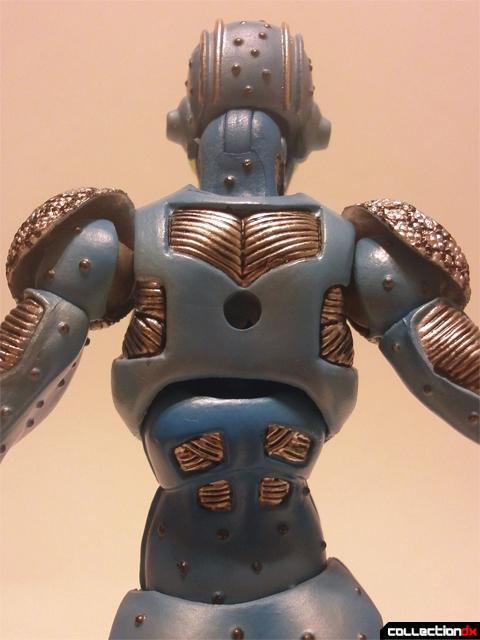 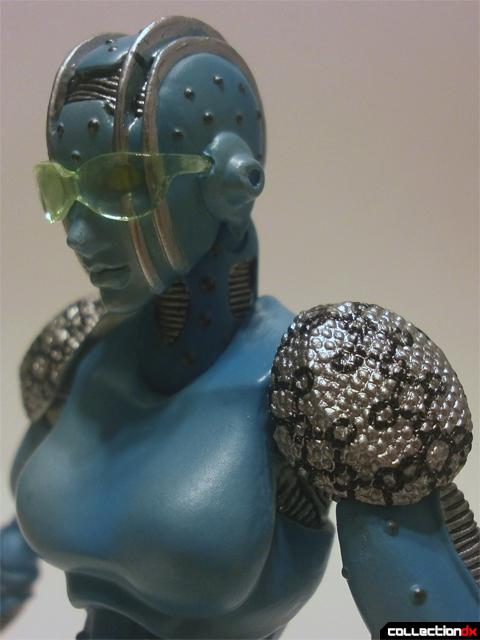 Even though Stone Free is covered in tiny details, there’s not a single paint misapplication anywhere. 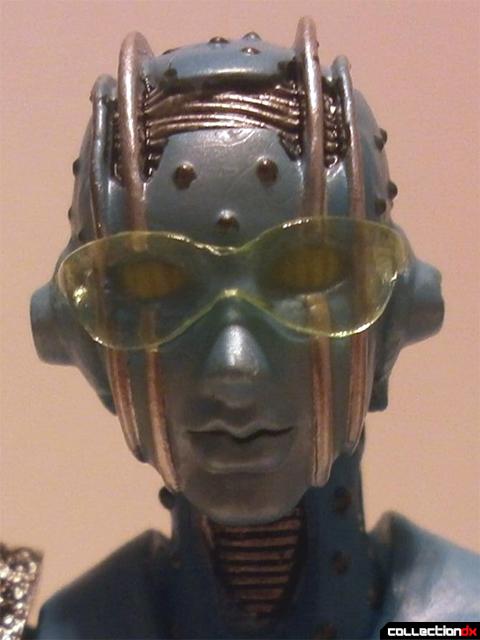 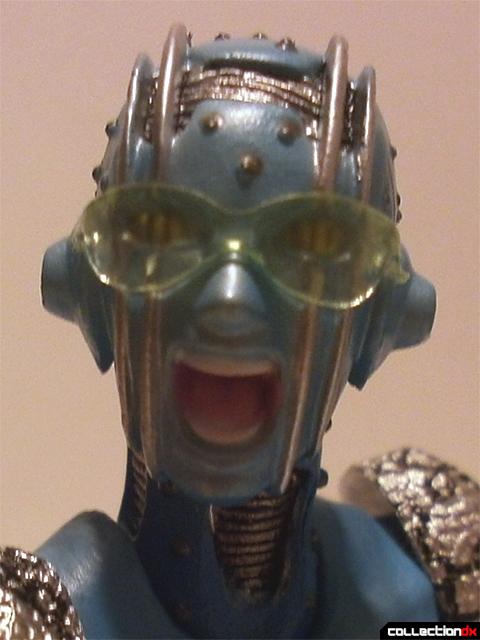 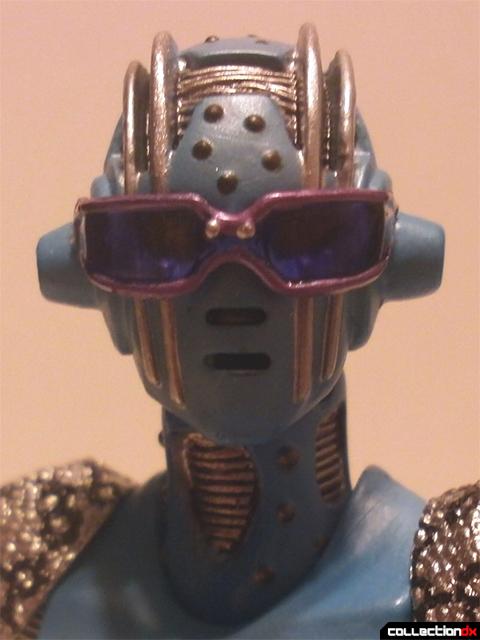 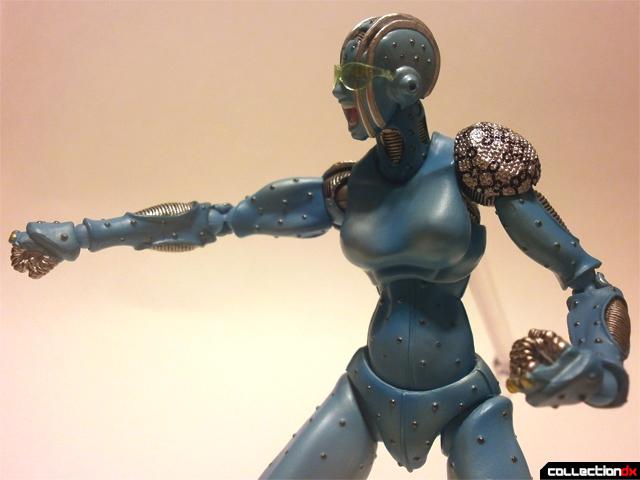 Included are three heads: a default neutral expression, a shouting face, and one with different glasses. 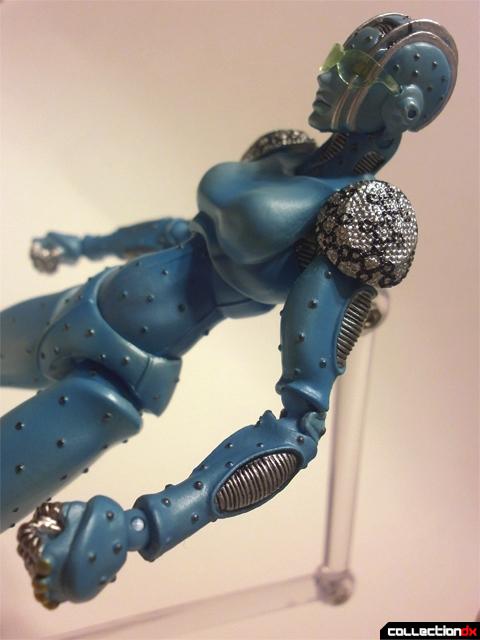 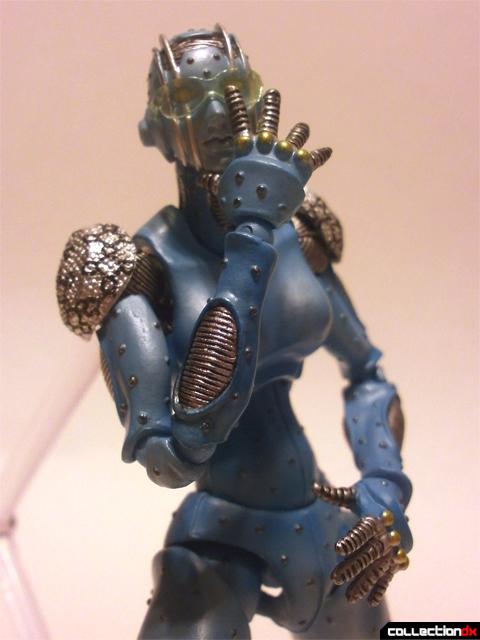 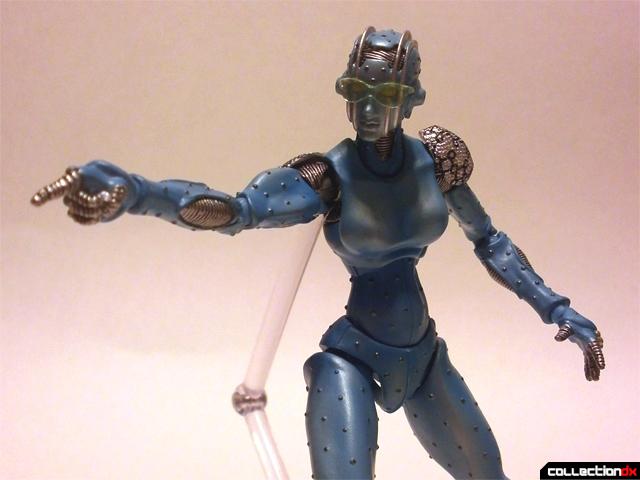 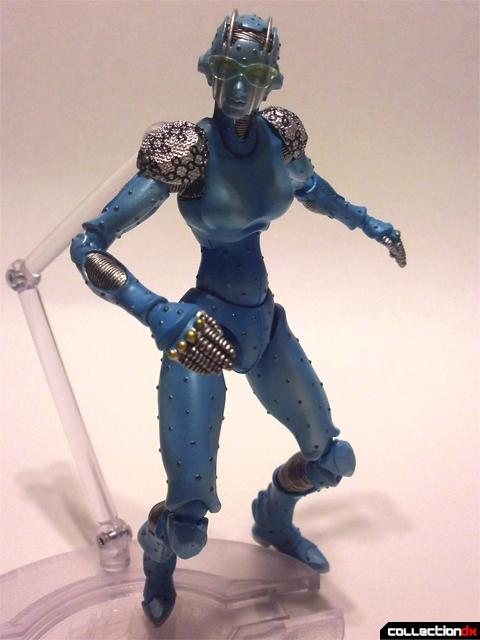 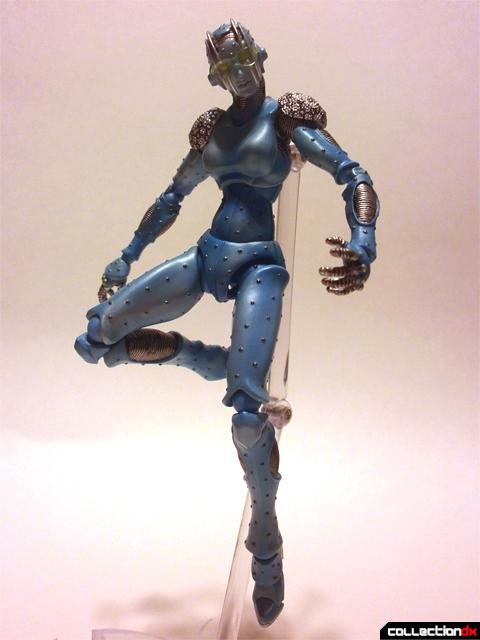 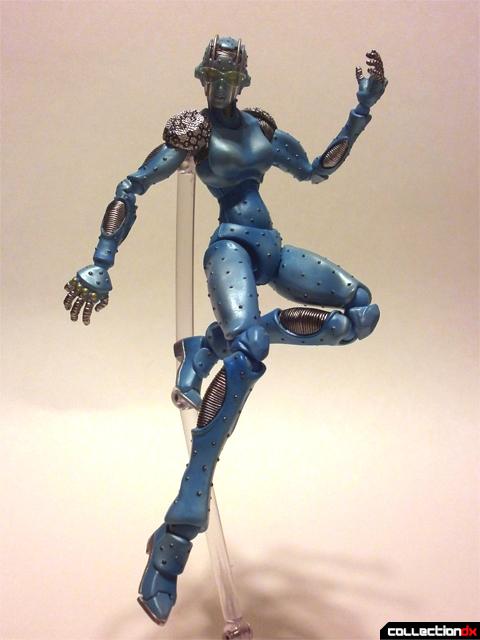 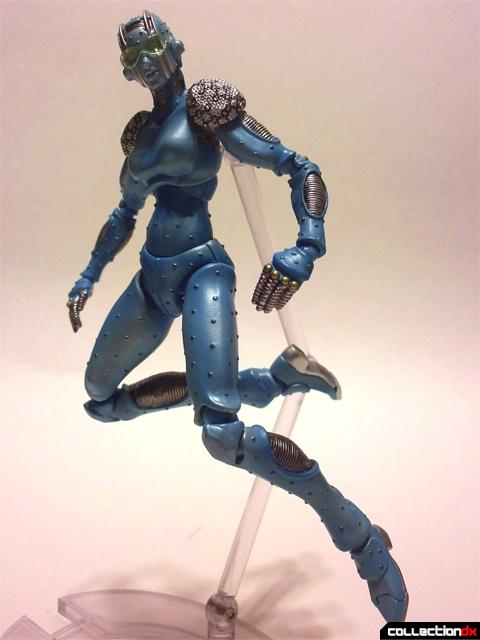 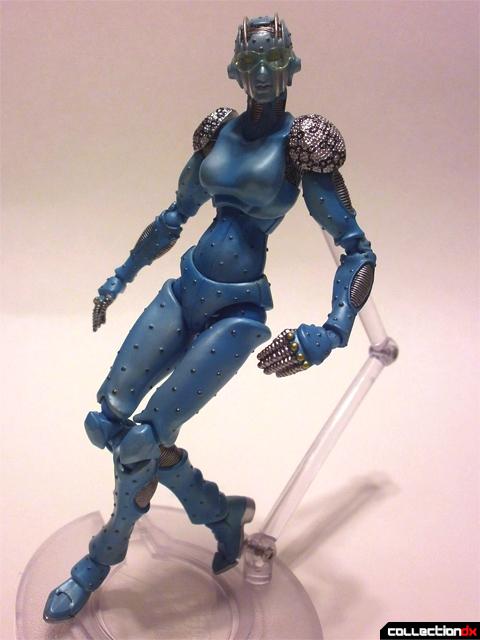 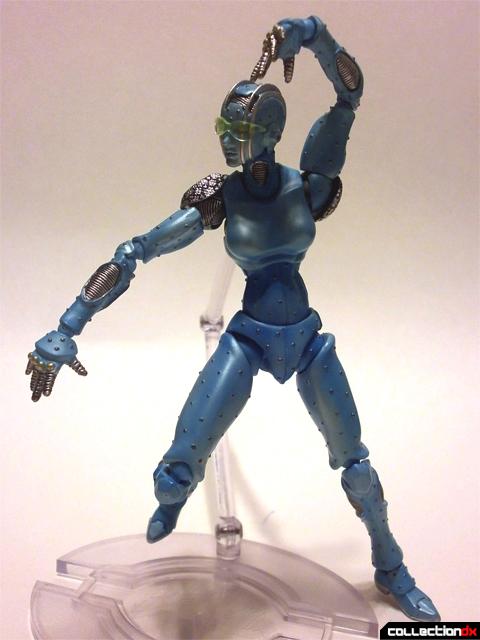 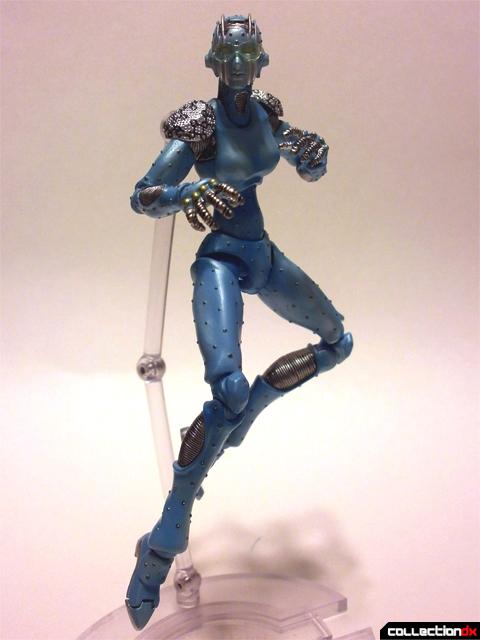 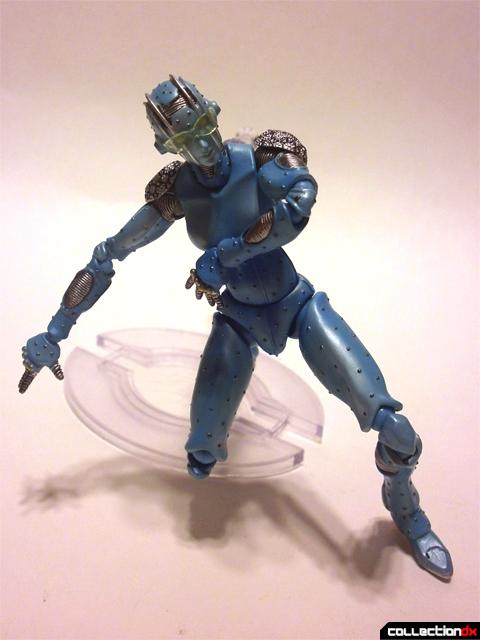 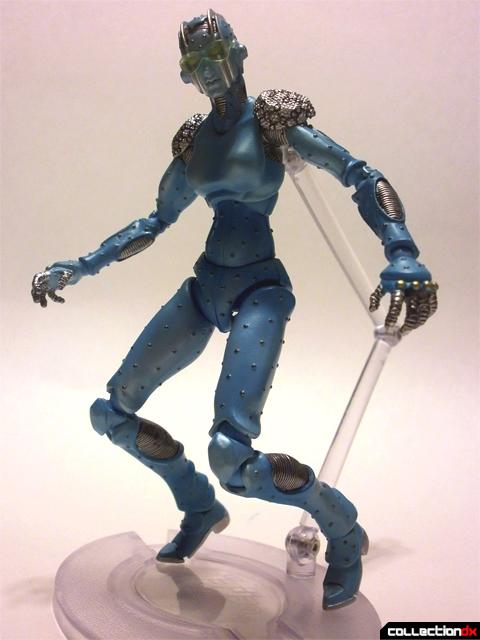 Stone Free is a joy to pose for hours on end, as any Jojo’s Bizarre Adventure figure should be. Any fan of the Stone Ocean arc should definitely grab her, although you might want to wait until the inevitable reissue to get her at a decent price.