Since Assault Kingdom mostly focuses on Universal Century, whenever any alternate century Gundam stuff gets attention, it's always a delightful treat. And this next figure in particular was quite the pleasant surprise: the Shining Gundam! 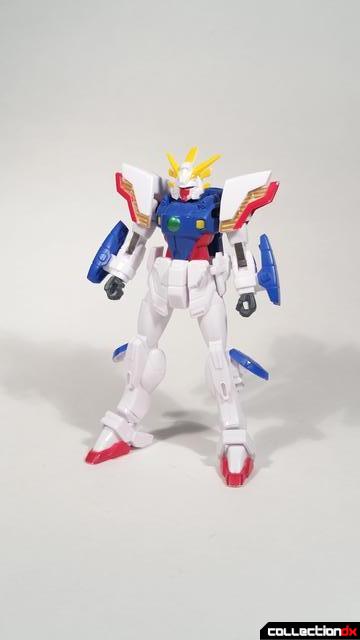 This figure in particular is permanently posed in Shining Gundam's super mode. Which isn't a bad thing since that's its more iconic look. All of its super mode parts are extended and deployed and make the figure look impressively silly. 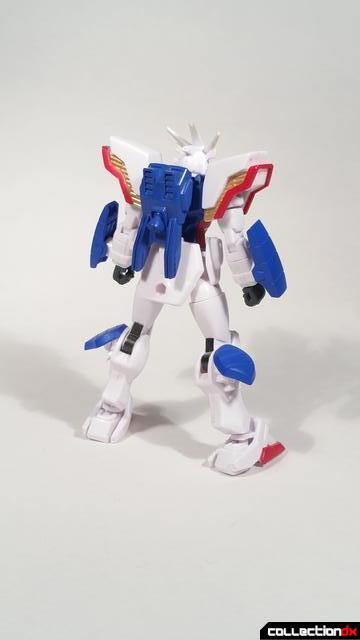 The gold on the shoulders looks especially nice. Shame that they didn't put it on the legs too though. 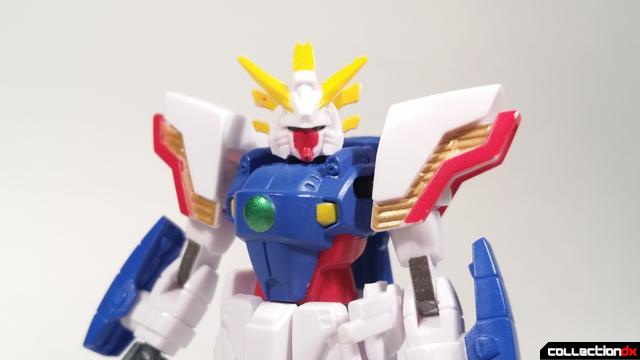 The Shining Gundam's articulation is great. Thanks to its limber design its able to do all sorts of action poses. 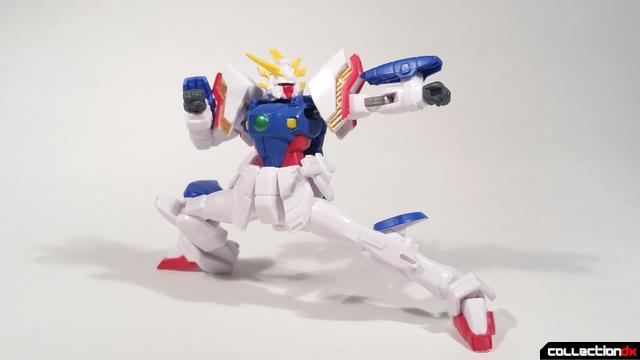 Plus, there's a new joint on this figure! The Shining Gundam's shoulders can swing outwards for a wider range of motion. This was originally on the Assault Kingdom Sazabi, but it is the first time that the joint has been featured on a regular release figure and it works great. 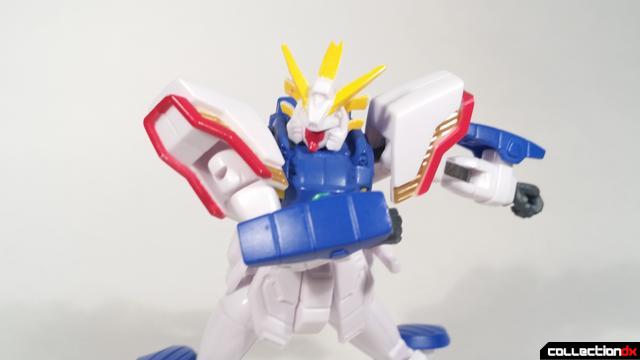 With it, Shining Gundam can cross its arms and look quite imposing. 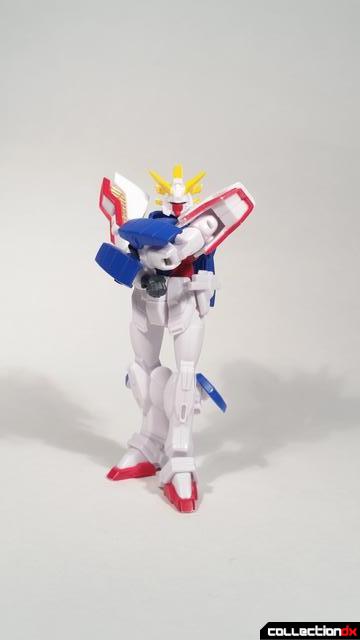 It can even cross its arms and reach for its beam sabers! 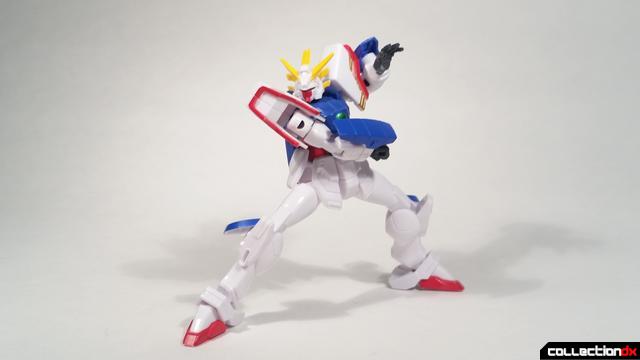 Speaking of which, Shining Gundam comes with one particularly powerful looking beam saber, which looks like when Shining Gundam uses its Shining Finger Sword. 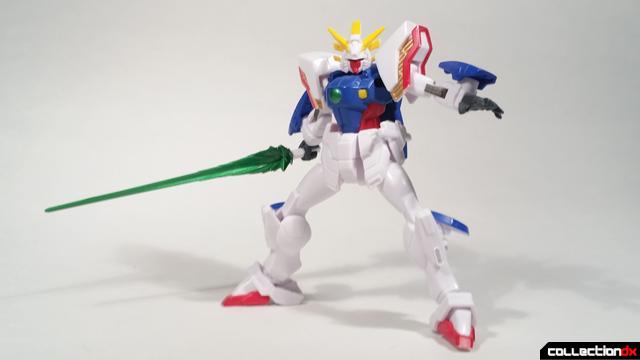 The left open hand is painted gray, but the right is in green paint to represent the Shining Finger. 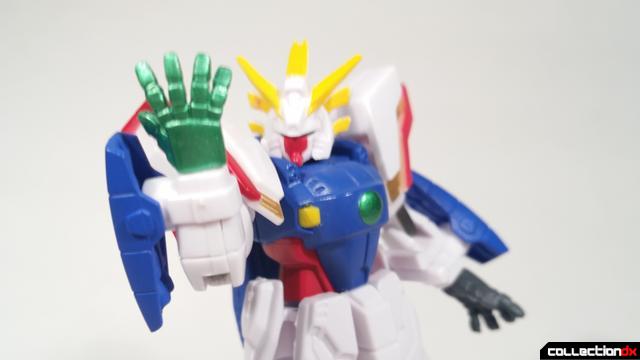 It's a shame that just one hand is green. One left and right would have been awesome. Still, it looks excellent. 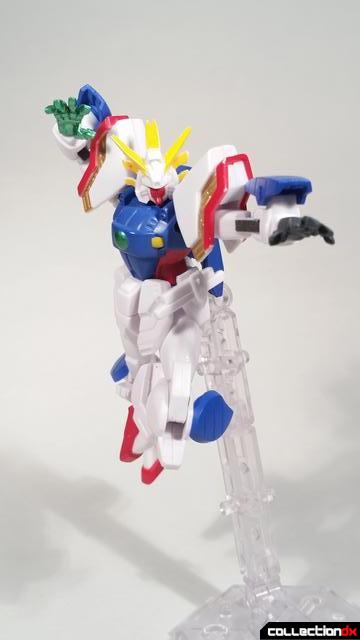 With it Shining Gundam can easily destroy the heads off of any mobile suit! 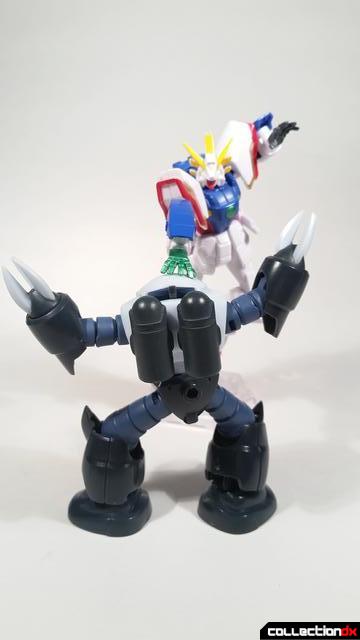 Also I forgot to mention it before but this wave's buildable accessories are two Lotos! They can transform by moving a few pegs around and are quite adorable. 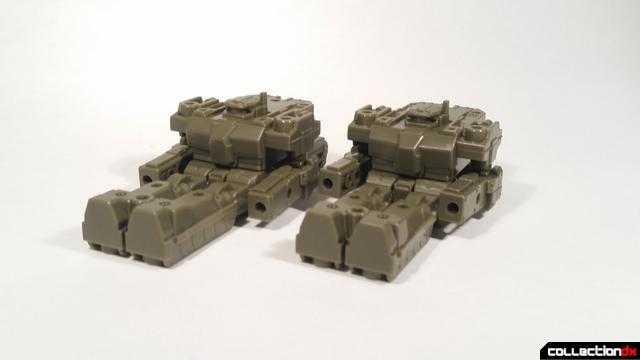 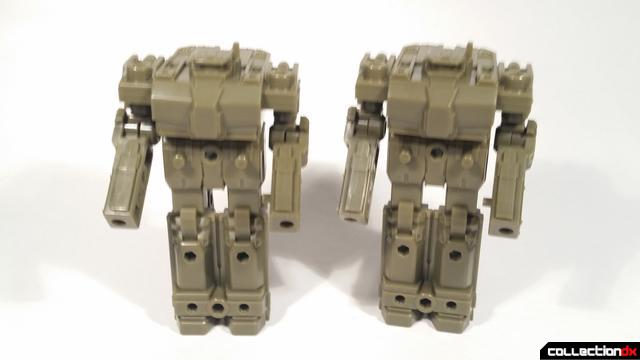 The Shining Gundam is one of my favorite figures in the line. By being a melee figure who just needs to punch things and look awesome, its one of the best figures to have in your pocket to fiddle with during your day. It's by far my favorite figure this wave and a true winner. 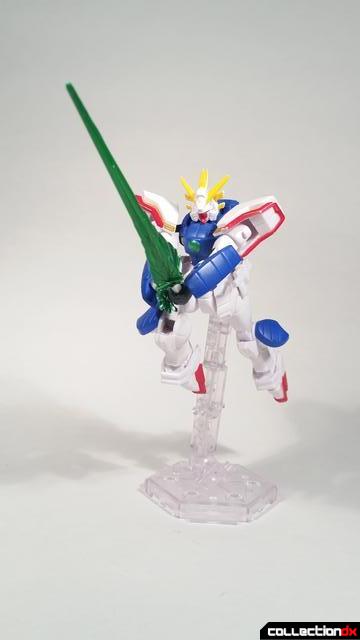 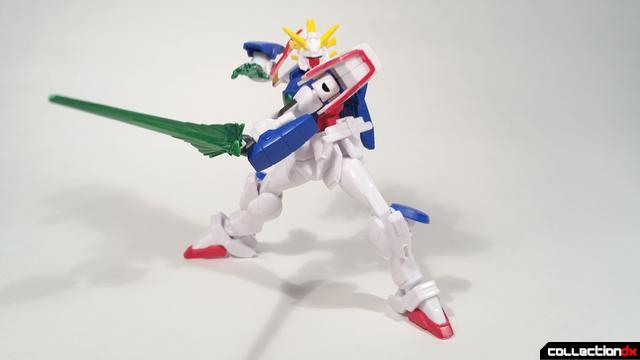